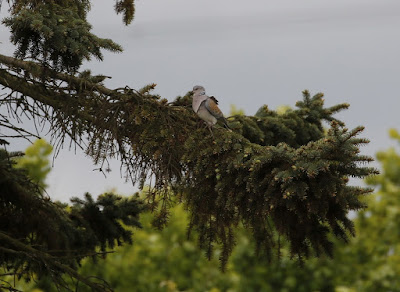 A wonderful morning at Oare marshes resulted in one of the highlights of the Spring, seeing 2 Turtle Doves displaying in the Paddocks, their wonderful 'Purring call' gave their presence away and we were treated to some fantastic views of these very vulnerable birds. 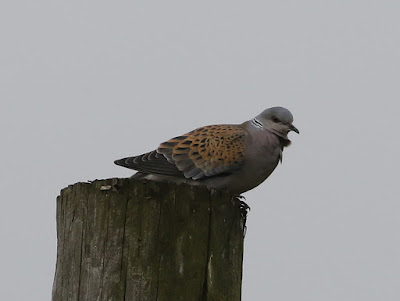 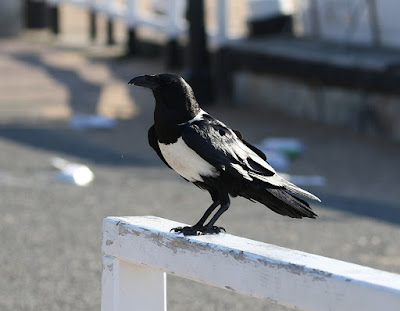 On the 15th May i was in Thanet to meet up with some old work colleagues and i took the opportunity to try and see the much travelled Pied Crow.

I failed to see it at Forness point, Botanty Bay or Joss Bay during the morning, so after i had met up with my friends news had come out the Pied Crow was back at Broadstairs Harbour , i eventually caught up with it foraging on scrapes with the local Gull population. 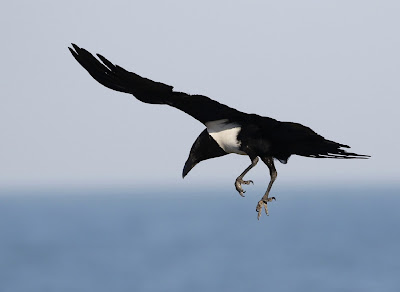 Will it ever be accepted by the powers that be ?? i very much doubt it to be honest , however i thought the very same about Chinese Pond Heron & Dalmation Pelican !!!

Whatever the outcome it's an interesting bird to see. 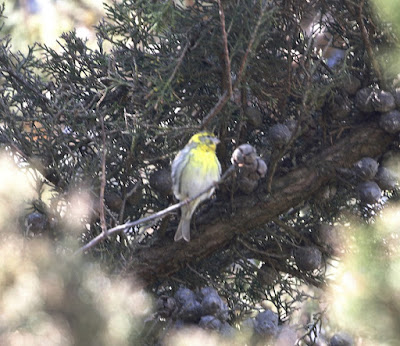 I headed to Littlestone-on-Sea on the 16th and had brief but decent views of a superb male Serin, high up in some pine trees, i heard it calling as soon as i got out of my car.

Viewing was really tricky as it often could be heard and not seen but with a bit of patience it showed every now and again.

I revisited Littlestone-on-sea on the 18th May to try and get better views and i was not disappointed. 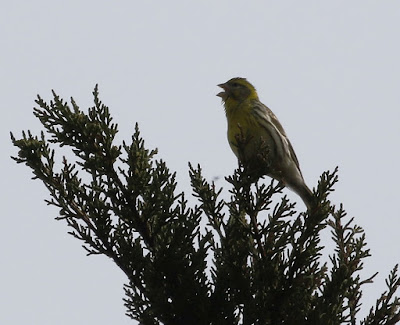 Singing out in the open. 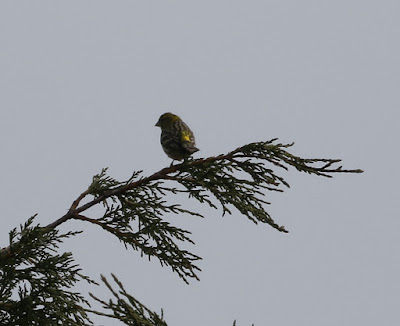 I also saw it in a small tree opposite the Golf club house on one occasion whilst i was talking to the postman !! 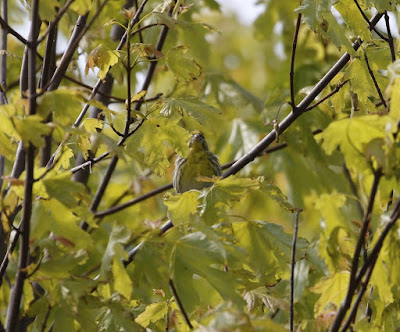 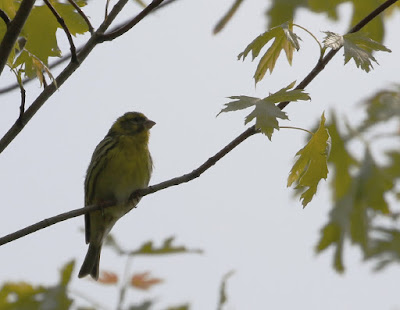 However it soon returned to the Pine's where it continued to sing in the hope of  attracting a mate. 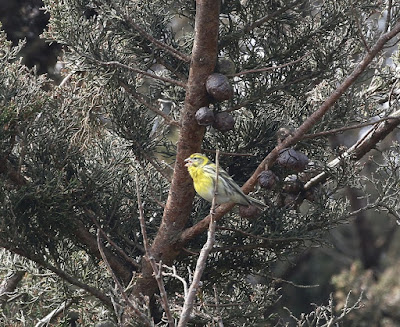 The Serin was a very welcome addition to my Kent Bird List.