American Golden Plover ....At Oare Marshes plus trip to Dungeness

On Saturday the 7th September i had spent a very pleasant morning at Dungeness Rspb & Arc pits seeing 2 Black Terns, 2 Great white Egrets & a close Cattle Egret from the Hanson hide on the Arc pit. 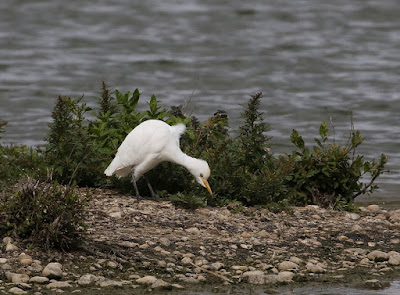 On Burrowes Pit on the Rspb reserve there were several hundred Sand Martins plus lesser numbers of both House Martin & Swallow.

There was also a very quick fly through of 60+ Knot. 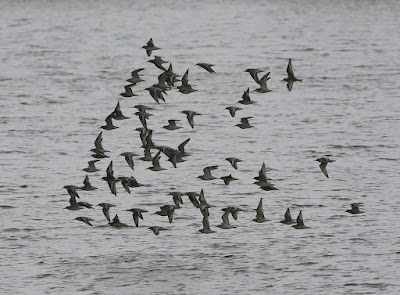 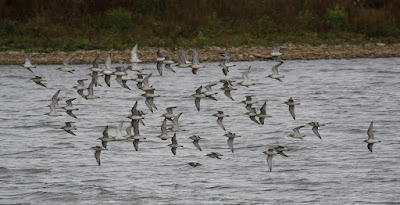 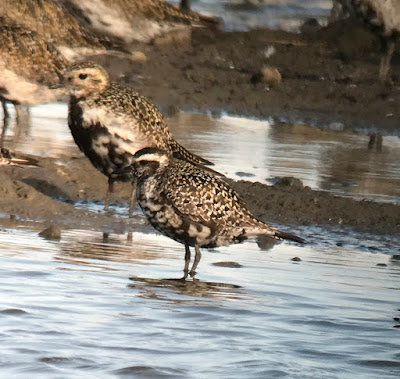 On the way back we called into Oare Marshes and had a walk around the East flood and were checking out 11 juv Curlew Sandpipers (including flag ringed individual) in Faversham creek when i received phone call from MW asking if i know anything about a American Golden Plover being on the East flood, from where i was standing i could see David Campbell by the road and i told MW and we both agreed if DC had seen it then it's a great shout. 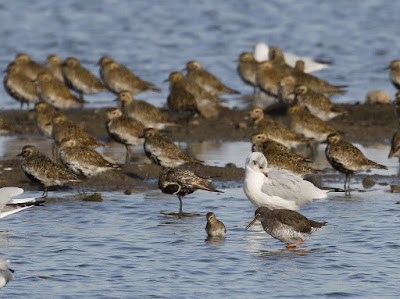 We all made our way around to where DC was and sure enough he had found an adult American Golden Plover in with the Eurasian Golden Plover flock, well done DC on a really great find (Good to see you again to) !!!

Here are a selection of photos i took : 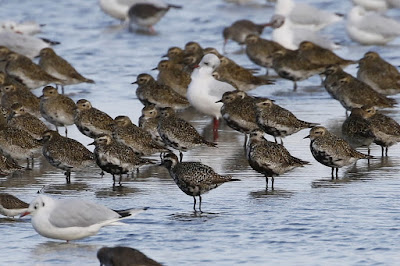 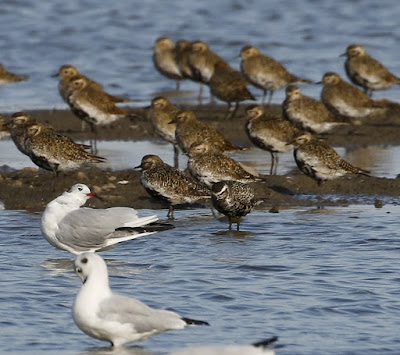 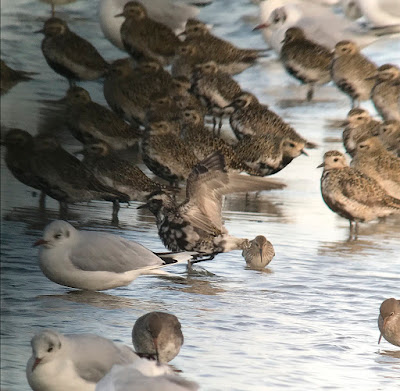 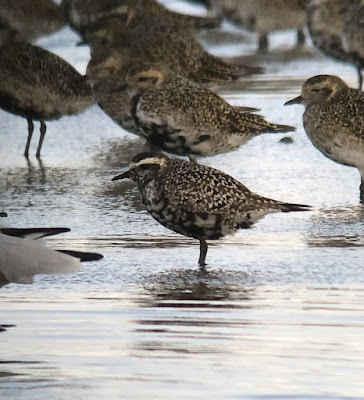 This is only the 2nd record of American Golden Plover at Oare Marshes although it could possibly be the returning bird from 2018 ?!