I don't often venture out of Kent birding these days my last twitch being the Brown Shrike ( see earlier post for details of this trip ) last year , but the Bufflehead is a bird i have never seen and also Portland is as good as anywhere to see migrants , so of i set in the hope of adding this superb duck onto my life list !

I had reached Weymouth when my pager alerted me to the news of a Alpine Swift flying around Radipole at 10.21 am . i was stuck in traffic less than 5 minutes away , shall i just dump my car a run there ( those who know me would laugh as running is not an option ) , finally the traffic started to move and in less than 5 mins i had parked the car and started to scan the sky over the reserve , i got on to a Common Buzzard being mobbed by two Herring Gulls , and as luck would  have it the Alpine Swift flew underneath the Buzzard and preformed for a couple of minutes than flew off in a northerly direction , wow what a start to the day more or less the first bird of the day ! Here is a picture of an Alpine Swift that i saw in Kent a few years ago . 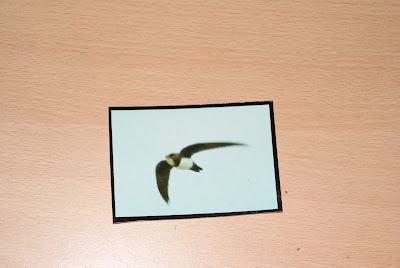 Really chuffed with seeing this i than headed to Abbortsbury swannery where the Bufflehead had been seen of late , on arrival i met a  couple of birders who had just seen the Bufflehead and they said it was hanging around with some Scaup which would be an added year tick for me , so of i went paid my entrance fee and headed to what should be an easy tick , or so i thought , on arrival i joined the other gathered birders only to be told it had just flown of down the Fleet out of sight.

Oh no i cant believe i have come this far for a more or less nailed on lifer to be told it has JUST FLOWN OFF ! the chap said don't worry it done this earlier but returned within half an hour  , well that did not fill me with confidence , i remember a story about a birder who went to see along staying Stellers Eider in Scotland when he got there it had just flown around the headland out of sight , he was told the same thing that it does that and will return in ten or so minutes only it was never seen again !!

Anyhow i scanned the remaining ducks and was soon adding 3 male and 2 female Scaup to my year list , than two small ducks caught my eye flying in and i was straight on to the BUFFLEHEAD it landed a fair way out but there was no mistaking it , what a really smart looking duck , it was keeping company with a female Goldeneye , sadly i don't have a photo as it was to far out .

Well i was on a roll two great year ticks and a lifer , what a day but it had not finished yet , the pager alerted me of a Hoopoe on Portland so after some lunch of i set and when i got there i met a birder who said it is mobile and hard to pin down , i got a little bit of info of where it had last been seen then headed of to try and find it.

I drove down several roads until i found the site , and there were four other birders already onto it , and there it was a really stunning Hoopoe , i have seen several Hoopoes over the years but there is nothing quite like it when you see one , they are so colourful and this bird was constantly feeding but it was yet again a fair distance away and although i got great views through my scope i was unable to get a photo.

I am still struggling to combine photography and birding, still i will get there in the end , finally i called into the New Forest on the way home to look for the Great Grey Shrike but i failed on that one although i did add Treecreeper to my year list and i saw some nice looking ponies  .

Here are some photos that i did take today at Abbortsbury : 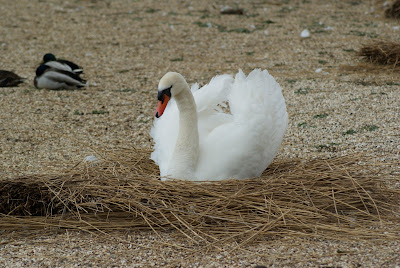 Mute Swan on a nest. 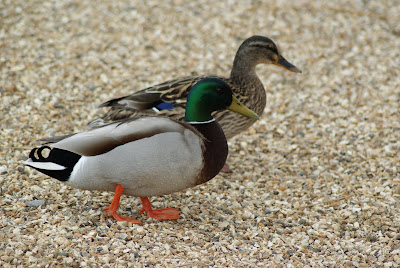 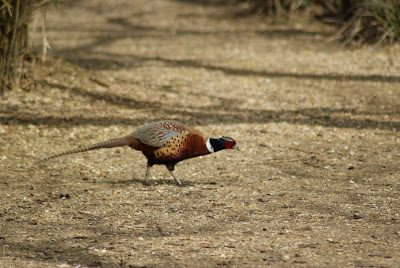 Pheasant.
Posted by Robs Birding at 12:45 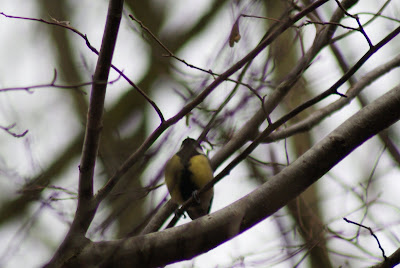 Woodland watching has to be said is not my favourite aspect of birding , mainly down to dog walkers and dogs bounding up to you with big teeth growling at you , this has happened a few times over the years , plus the woodland i used to bird was over run by gypsies and all the problems that brought put me off a little bit , anyhow i was tipped of about Park Wood near Challock and thought i would check it out, its only a small woodland and within minutes of entering i could hear a distant marsh tit calling and then was greeted with a fly over Green Woodpecker , ten minutes in and i had really good views of 2 Coal Tits  which was my first year tick of the day.

I soon added Great s Woodpecker and several Chaffinch onto my days total , then i connected with one of my main target birds , i noticed this smallish bird fly into the top of a tree then it turned around flashing its strippy back ! yes , Lesser Spotted Woodpecker sadly i tried to get closer but it didn't hang around for very long , never mind i did get good views , i moved on and heard a distant Tawny Owl calling , abit further around and i encountered a roving tit flock that held several Long t Tits , Great and Blue Tits plus 2 Marsh Tits and 1 Goldcrest which were both year ticks bringing my total to 4 year ticks on this site , its a wonderful woodland and it took me approx 1 hour 45 mins to do the full walk around , no dogs or walkers too !!! Oh the picture of the Great Tit ( above ) was the only pic from Park Wood . 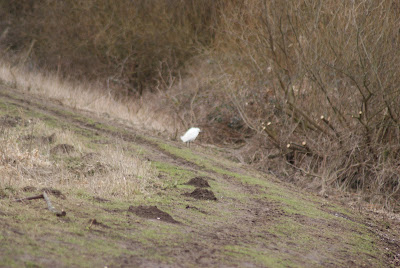 I called into Seaton which is near Grove Ferry in the hope of catching up with any lingering Goosanders that seem to be evading me this winter , on arrival the first birds i encountered were 1 male and 2 female Goosanders , wow how lucky was that , i checked through the rest of the wildfowl and noted 1 female Goldeneye and 50+ Wigeon which were inter mingled with the more regular ducks on this site , there was a Little Egret standing on the trail and i tried to get a photo , well i did get a photo but i couldn't get close enough to be any good but here it is anyway  ( see above ) . Other than that all i really added at this site was five Common Buzzards passing over together , i could only manage to get four in a photo at anyone time . 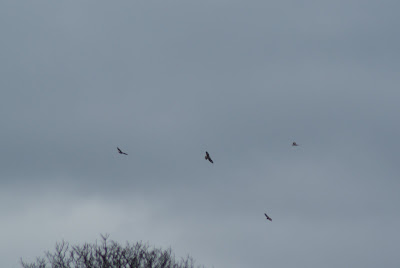 Four Common Buzzards .
Posted by Robs Birding at 12:34 No comments:

I finished work early ( for a change ) and on my way home i was approaching the Prospect roundabout at approx 2.10 pm when i noticed a large raptor drifting low over the road , really broad winged , longish broad tailed , heavy bodied , OMG it was a stunning close up view of a GOSHAWK , wow what a magnificent bird to see , the only problem was i could not stop anywhere as i was right on the start of the A299 so i drove really slowly annoying all the other motorists , but at least it gave me a slightly longer view of this superb bird, and although i have seen Goshawk before its the first one i have seen in Kent, sweet.
Posted by Robs Birding at 07:00