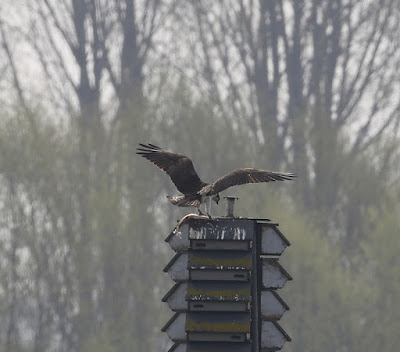 Osprey with a Fish.

On Tuesday the 16th April i had an away day to Rutland Water , i called into Egleton reserve first and heard & saw plenty of  Blackcaps, Chiffchaff & Willow Warbler.

Looking from the 'Redshank hide' there were very good numbers of Sand Martin using the man-made sand bank.

Then an Osprey was seen fairly close eating a large fish on top of the man-made Common Swift nest box platform.

The Osprey then flew off  with fish in toe towards Lagoon 4 so i soon headed there and had closer views as the Osprey just perched nearby. 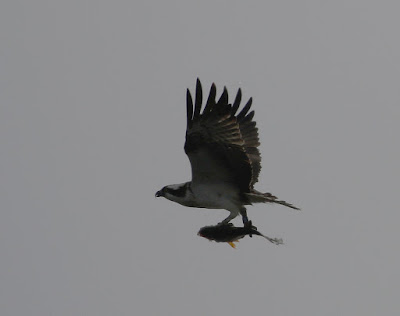 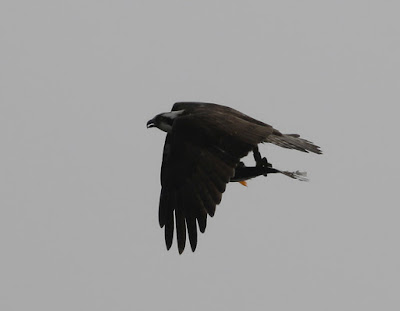 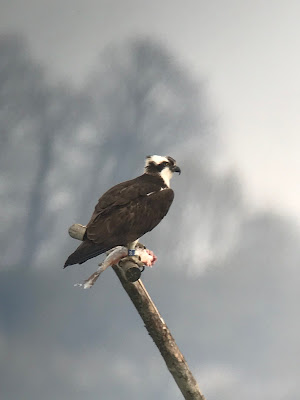 Adult Little Gull plus a Common Tern were also seen , lots of butterflies were seen including my first Speckled Wood & Orange Tip. 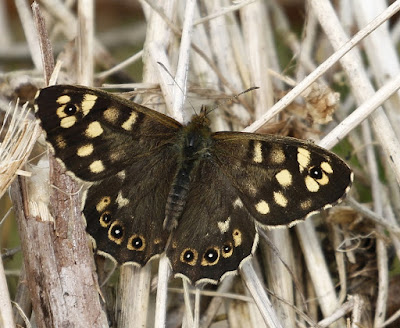 From here i went to Lyndon Reserve to see the nesting Osprey's , on entering the reserve centre the bird feeders outside were very busy with good numbers of Greenfinch,Goldfinch,Chaffinch & Brambling. 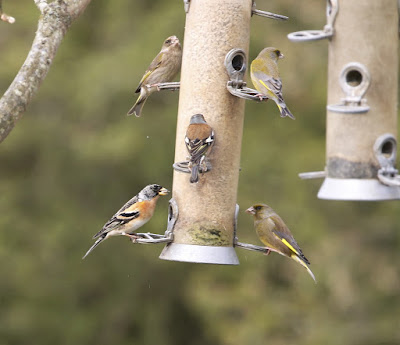 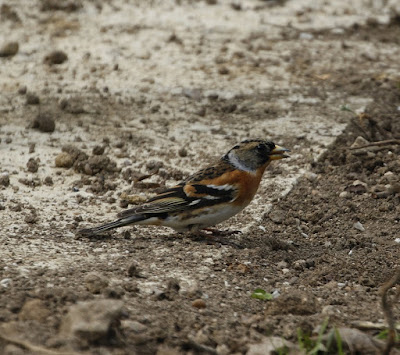 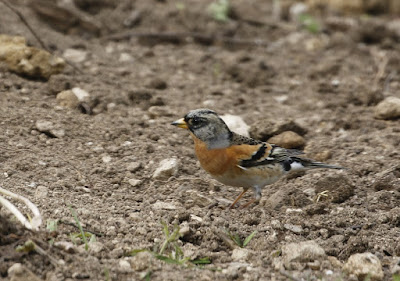 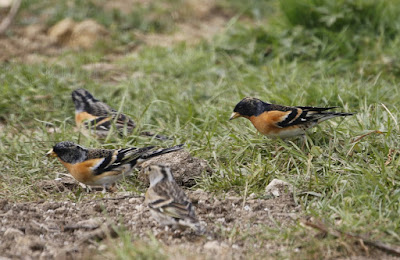 There was 8+ Brambling at feeders.

After dragging myself away from this superb feeding station i eventually made my to view the Osprey nest where Maya was sitting on 4 eggs. 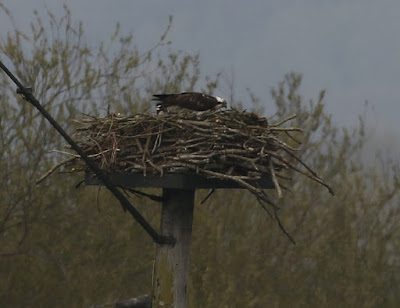 Both parent's on the nest.

A really great day out in glorious weather. 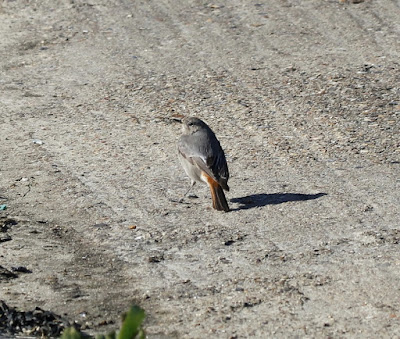 On Saturday the 6th April we started the day at Reculver , and the first bird seen was the immature male Eider which was on the sea near the Towers, we also saw the Black Redstart near the car park.

We only paid a short visit here as the plan was to go to Dungeness to try and see the Common Crane, so that was the destination, the Common Crane had been reported along Denge marsh road and sure enough there it was although distant , reasonable scope views were obtained. 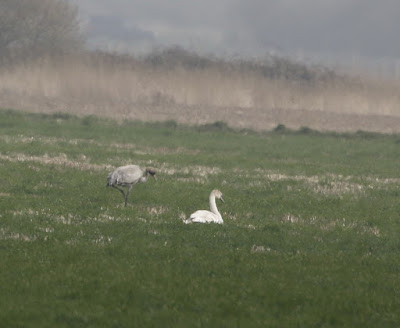 We spent sometime watching this bird but it always remained distant , after a while i drove to Springfield bridge to have a look around and more or less straight away the Gulls all took to the sky in a right old panic , the Greylag Geese were also flying around , what was causing all this comotion ??

I soon picked out amongst all the various Gulls the Common Crane !!!! 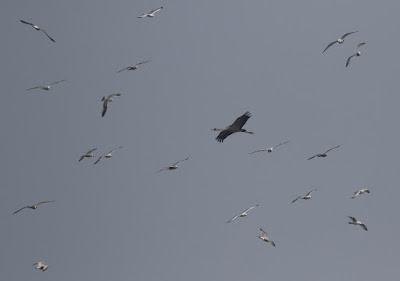 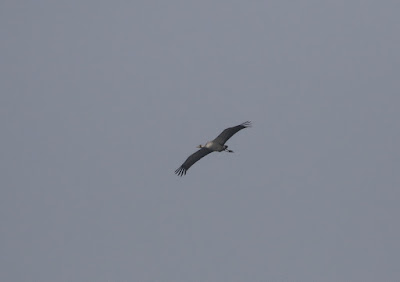 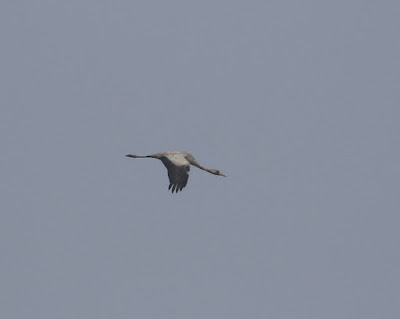 A walk around Dungeness Rspb reserve produced  good views of an adult Little Gull which was also new for the year plus 2 Sedge Warblers were heard along the entrance track which was a very pleasant sound indeed, various other highlights in the general Dungeness area included Wheatear, a brief Dartford Warbler & 2 Sandwich Terns. 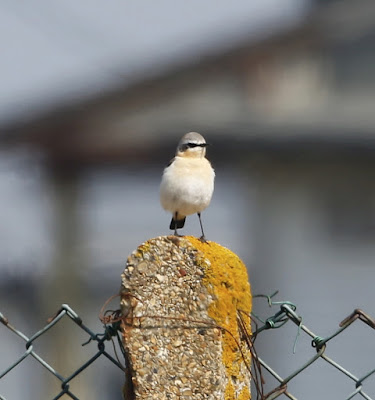 On the way back we called into Godmersham and had good views of ♂ & ♀ Mandarin on the river by the bridge.

A brief Kingfisher and 2 Grey Wagtails were also seen. 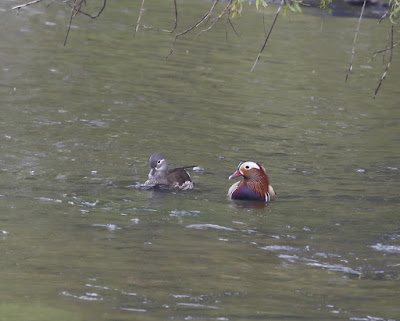 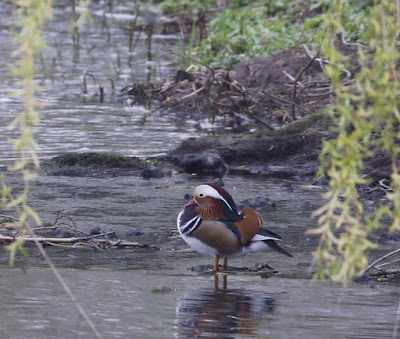 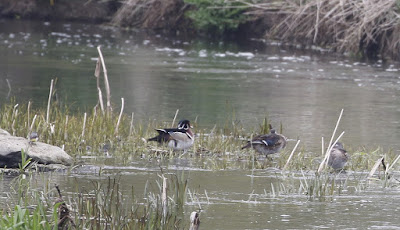 Of note we also saw a ♂ & ♀ Wood Duck (presumed escaped birds)  plus a 2nd female bird which looked like another female Mandarin ???