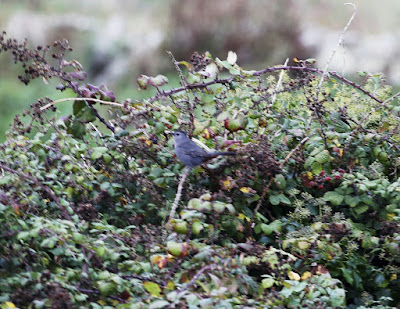 Yesterday the 19th October 2018 i headed down to Treeve moor near Land's End in Cornwall with RR in the hope of seeing the GREY CATBIRD.

We arrived on site just before 7am and walked around the right hand side of the farm and waited with baited breath for day light and the Grey Catbird to hopefully appear .

There were lot's of Redwing & Skylark overhead plus several Meadow Pipits & a Brambling called but i could not see it.

We also saw 2 Chough which were a very welcome year tick.

However at approx 7.45am someone further down from us heard the Grey Catbird call and not long after we were greeted with  a great view of this only 2nd ever record of  Grey Catbird in the UK. 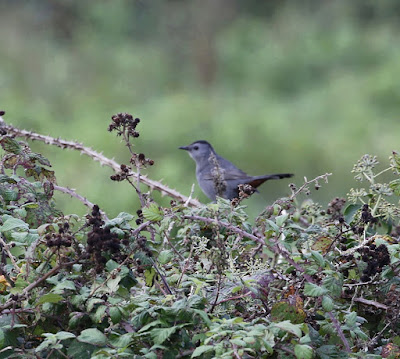 We watched the Grey Catbird on & off for over an hour with some truly great views , it was calling quite abit ,overall dark grey plumage with paler grey face . 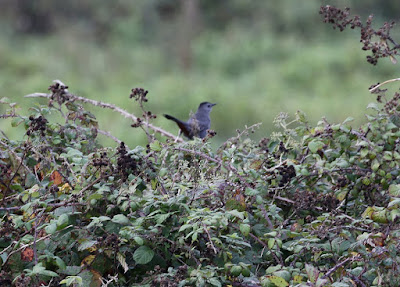 Red undertail coverts and broad dark grey tail were easily seen , it flew further up the hill and begun to feed under the berry bushes giving some more great views 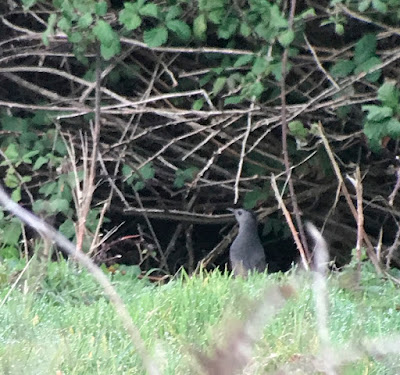 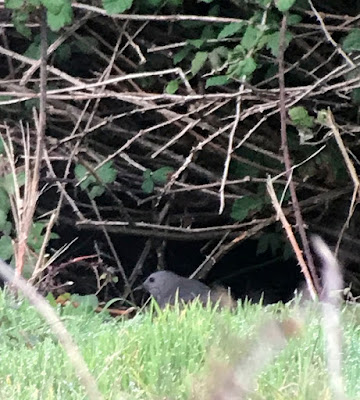 On the way back we called into Drift reservoir and saw the 3 Ring necked Ducks which were a bit distant but a welcome addition to my year list , many thanks to Richard for a great day out. 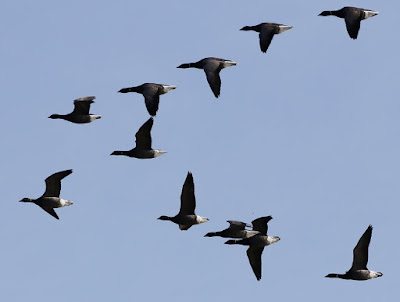 On Sunday morning i headed to Oare Marshes in the hope of a good sea watch as the winds were quite favourable NNE.

I soon joined the early birds already by the sea watch hide and was informed that they had already seen several Great Skuas , on my arrival an Arctic Skua was flying towards us and landed on the sea and was a new bird for my OMBL (Oare Marsh Bird List) .

This was followed by a Bar tailed Godwit which flew overhead calling and was remarkably still in summer plumage. 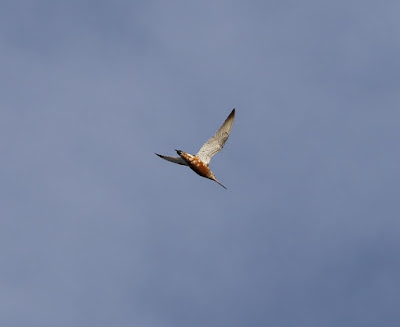 There were plenty of Dark bellied Brent Geese flying high up the Swale and several Common Terns were also seen.

Then a small flock of 7 Little Gulls flew high towards us but were lost as they past the Sun, a further 4 Little Gulls were seen during the morning.

We were soon treated to quite a sight as 5 juv Gannets flew towards us and then down Faversham creek before  returning past us and down the Swale , we also saw 2 Ravens flying towards the pylons whilst watching the Gannets. 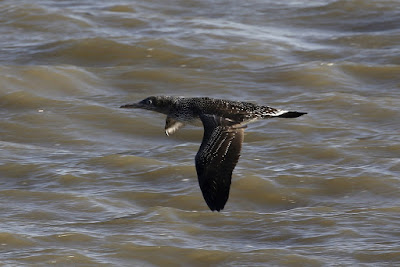 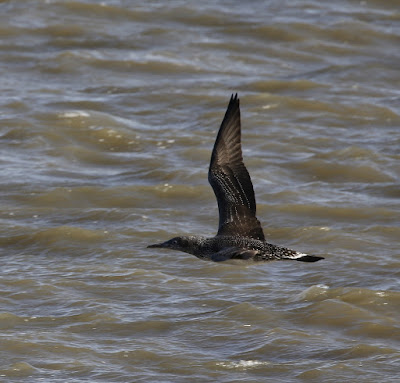 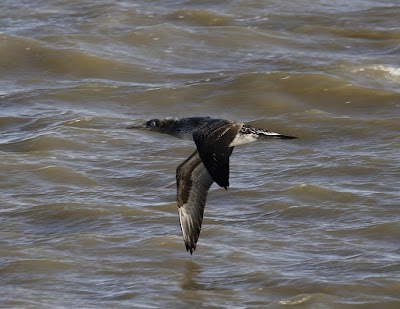 My 2nd new bird for my OMBL was of course Gannet , ( i really should do more sea watching from Oare Marshes !!).

We had an interesting bird a long long way out which thankfully flew towards us up the Swale and we could see that it was indeed another Arctic Skua.

It was great watching a Peregrine chasing a Redshank over the Swale , luckily for the Redshank it was not a successful hunt this time. 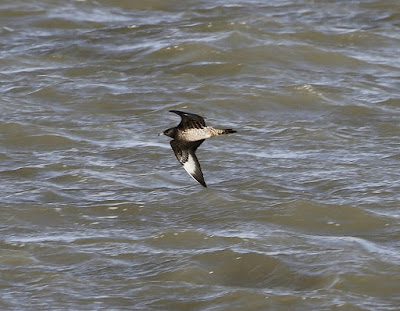 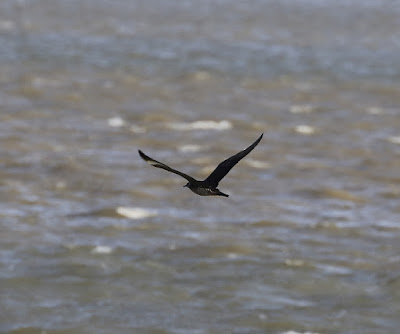 After 3 hours sea watching (longer for MW, NB & RR) we decided to have a walk around the East flood , good numbers of the usual waders were evident as was a single Pintail , we also saw the  Little Owl  in the bushes behind the East flood hide .

On our way past the hide we saw Chris Dyett making haste towards us with the news he had seen & heard a Yellow browed Warbler in the tree by the car park, this was awesome news as there had never been one seen at Oare Marshes before (as far we know !?).

We thanked Chris for the info & his great find and then made our way around to the car park and after only a couple of minutes we heard a Chiffchaff then another bird caught our eyes and a Yellow browed Warbler popped out in front of us giving a fantastic view , and then disappeared again.

I only managed a very poor record shot of this superb bird (poor even by my low standards) but here it is anyway. 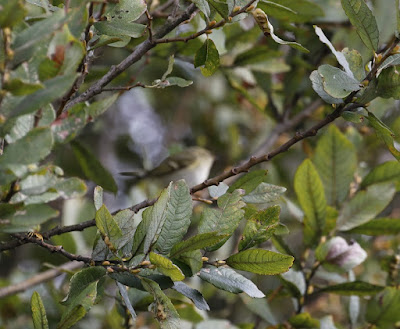 Yellow browed Warblers are not rare by any stretch of the imagination but to see the 1st one for this reserve was great and was my 3rd new bird for OMBL this morning.