Glossy Ibis puts on a Show 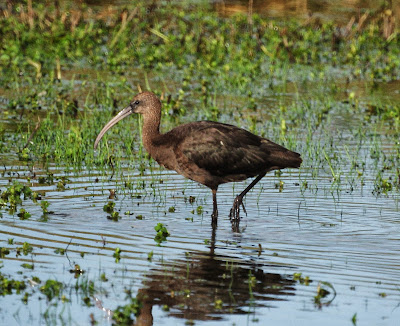 On Sunday 20th October i called into Stodmarsh in the hope of seeing the Glossy Ibis that had been showing well from the Reed bed hide and i wasn't disappointed , on my arrival at the hide i met up with Martyn , Steve and Tim and a very enjoyable birding session was had. 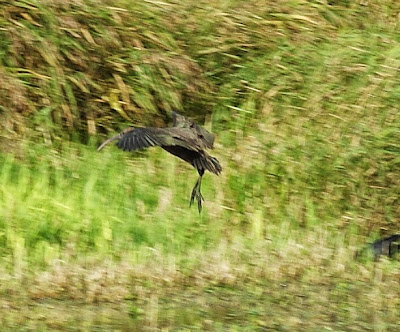 As luck would have it the Glossy Ibis had flown off about 5 mins before i got there , how many times have we heard that statement ...lol however i was reliably informed that it does this quite often and will return , sure enough Martyn picked it out in the distance and eventually the Ibis circled around and eventually landed close in near the hide , great views were obtained of this prehistoric looking bird . 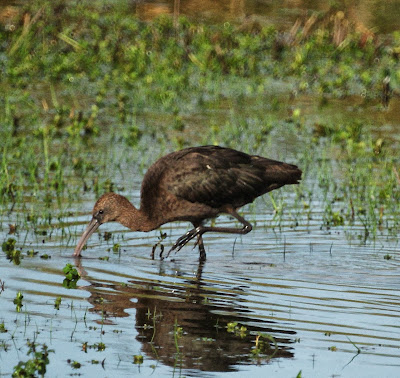 White speckling on head and neck . 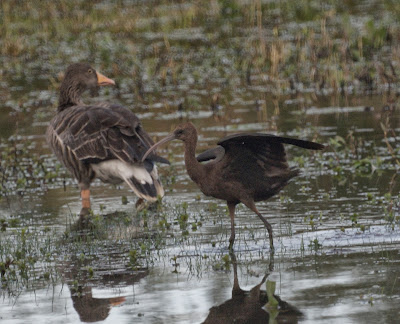 Size comparison next to a Greylag Goose.

I had a really enjoyable couple of hours here , other birds of note were , Marsh Harrier , Teal , Shoveler and Cettis Warbler calling in the distance , we also had an adult and juv. Great Crested Grebe close in . 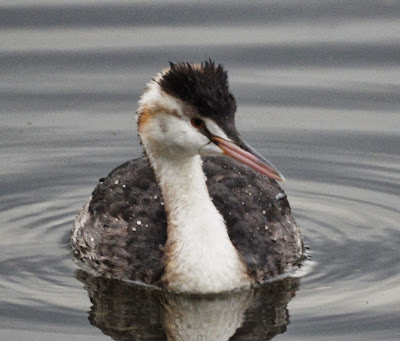 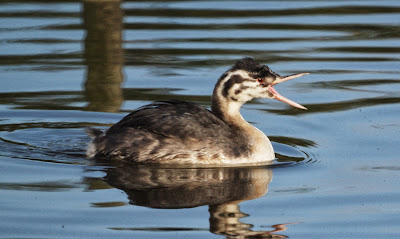 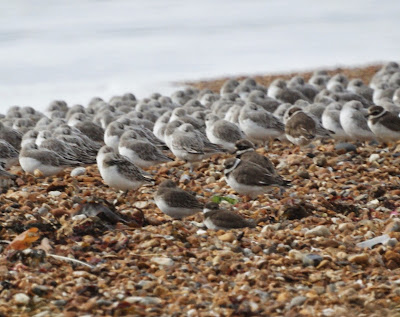 An early start Saturday morning had me heading to Hayling Island in Hampshire and my target bird was a 1st winter Semipalmated Plover which would be a lifer for me .

Well i got on site in good time and joined the already assembled group of birders and the wait / search begun , the tide was still out and my only real chance was to wait for the tide to come in so i could scan through the roosting waders .

In the mean time i saw a single Common Tern and large numbers of Dark Bellied Brent Geese , i also saw a Little Grebe swimming in one of the channels , eventually a flock of Plovers was located at some distance and i begun to scan through , there were a few false alarms as this bird to most of us was a real i.d challenge , however there were a couple of birders not far from me  who seemed to be claiming it every other bird that they saw , just shows how careful you must be and not just accept what others say . 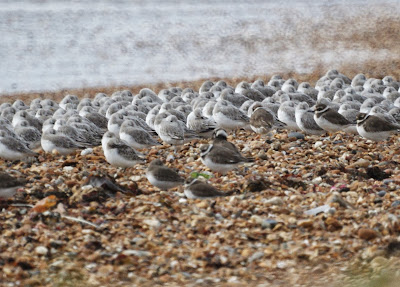 You can just about make out shorter stubbier bill.

Eventually a large flock of Sanderling flew in and joined the flock of about 100 Ringed Plover and some keen eared birder heard the Semipalmated Plover calling as it flew in with the Sanderling and it was not long before it was picked out and great scope views were obtained .

The waders all took to flight as the tide kept coming in and were eventually re found on the sea front where the above pics were taken .

Here are a couple of pics of the Semipalmated Plover 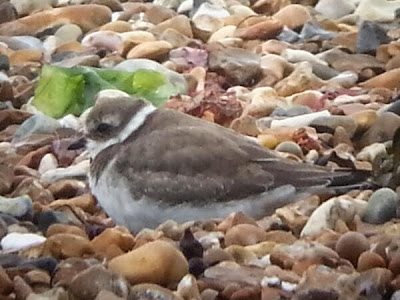 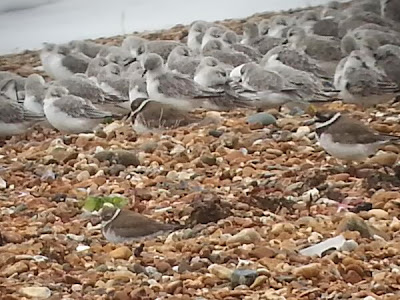 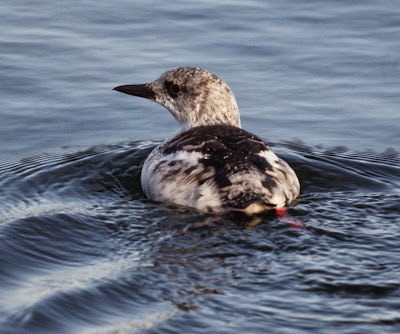 Quite a bit of interest this week and the " Mystery Bird " was indeed a Black Guillemt in winter plumage , a very big well done to Martyn Wilson , Marc Heath , Mark Lewis & Wild Walks Wales  who all got the correct answer.

Unlucky to those with the wrong answer , and many thanks to everyone who took part , this weeks " Mystery Bird " will be the last one for a couple of weeks as i am going on holiday .

Here is this weeks " Mystery Bird " , just leave your answer in the comments and i will reveal the correct entries in two weeks time , good luck to everyone and thanks for taking part . 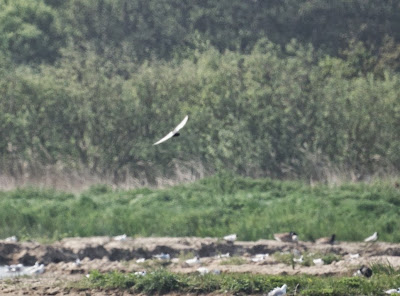 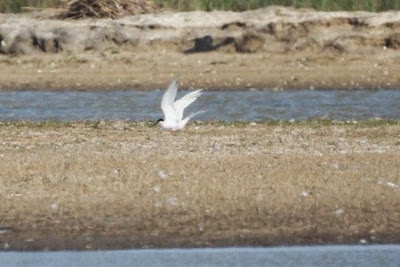 Indeed last weeks "Mystery Bird " was in fact a Roseate Tern seen at Minsmere in 2011 , a very big well done to Ben M, Ellis Land Martyn Wilson who all got the correct answers , and i have to say all 3 are doing very well with getting the correct answers almost every week .

Here is this weeks Mystery Bird pic , i think this one might be more of a challenge so good luck .

If you fancy a go just leave your answer in the comments and i will post all correct entries next weekend, and don't  worry if you give the wrong answer as i will only post names of correct entries , you can have as many guesses as you like . 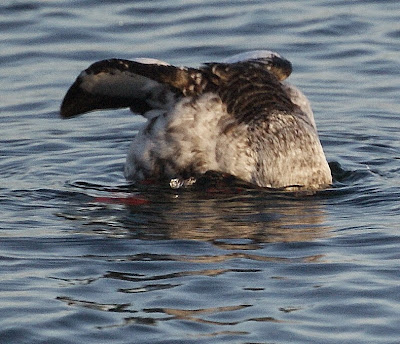 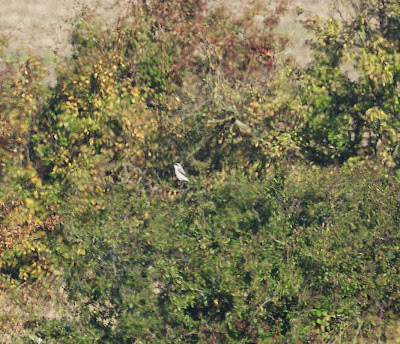 A trip to Capel Fleet on the Isle of Sheppy this morning produced good views of the recently found Lesser Grey Shrike , this is the 2nd one of these i have seen in Kent the first being at Sandwich bay many years ago ,  it spent most  of its time in the hedge row and although some what distant great scope views were obtained , every so often the Lesser Grey Shrike would fly into the field and forage and then fly back to its favored bushes , really smart bird . 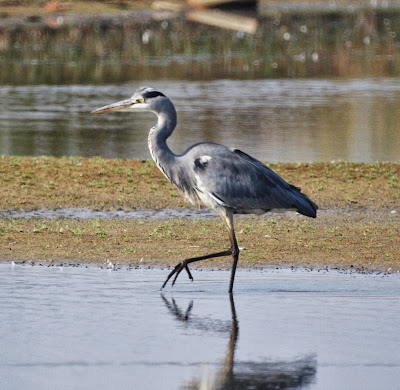 I didn't have a lot of time spare today so after approx half an hour i left the Shrike and headed to Sandwich Bay in the hope of seeing the Jack Snipe which had been showing on and off from the hide , i duly arrived at Restharrow and was pleased to met up with Martyn Wilson and Steve Ashton , Martyn very kindly got my scope on the Jack Snipe for me as for love nor money could i pick it out with my bins , it was much closer than i thought but was very well hidden , i did manage a quick glimpse of its small bill on one occasion , and you could just about see its back and side of its face , it often " bobbed up and down " however despite how close it was i never managed a photo , there were several Teal , Moorhen and single Grey Heron and Little Egret, i spent about 40 minutes here before time call up with me and headed of home with two very good birds on the year list . 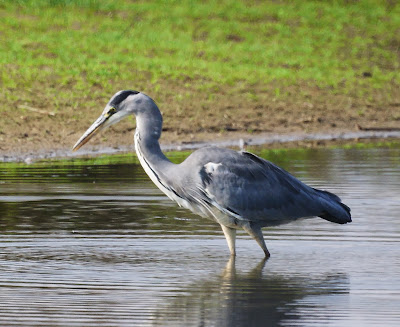 Another pic of the Grey Heron. 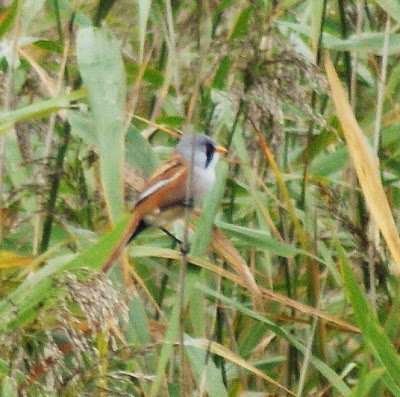 I have never considered myself an avid patch watcher and to be honest i still don't however Oare Marshes is the closest i have been to having a local patch , i often find myself here when i am not out and about twitching . 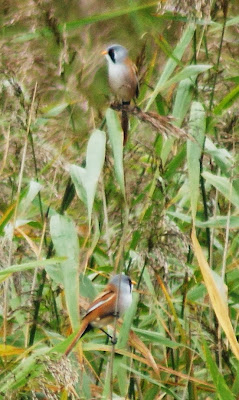 I had two target birds in mind this morning and both would be patch ticks , i parked up by the slipway and walked along the sea wall towards the sea watching hide and scanned the Swale as i went hoping to see my target birds , i was distracted by some very noisy Bearded Tits , i counted 10 birds in total and although not great i was very pleased with my photos of them. i eventually reached the hide and met up with Murray Wright and Richard .

There were lots of waders out on the mud flats including good numbers of Grey Plover , Avocet and Redshank , it was not long until Murray picked out my first target bird , Red Necked Grebe , and this brought my Oare Marsh patch list to 150 , although distant you could clearly see the dark neck and the general jizz of the bird was very evident , there were several Brent Geese flying up and down the Swale and after a short while we were saying our goodbyes when Richard very impressively had found my second target bird Eider and this made 151 for my Oare Marshes patch list , great start to the morning . 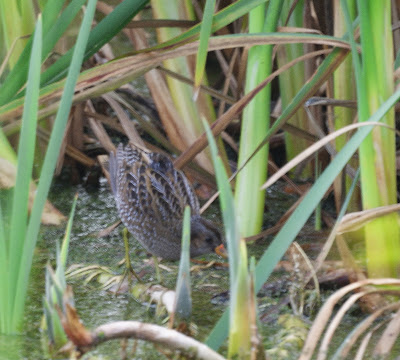 I carried on along Faversham Creek and a scan over the East flood produced hundreds of Black Tailed Godwits , Dunlin  and, Redshank , I also noticed a Yellow Wagtail walking around the fringes of the main island , i eventually arrived behind the hide on the flood in the hope of connecting with the Spotted Crake and after a short while it was picked out in the reeds and eventually gave us some decent views . 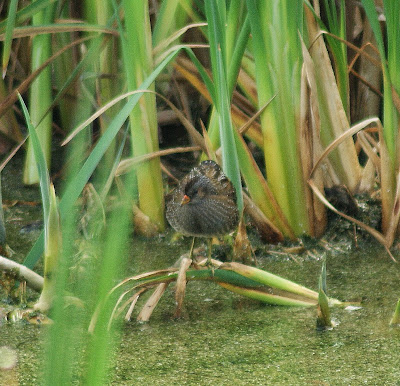 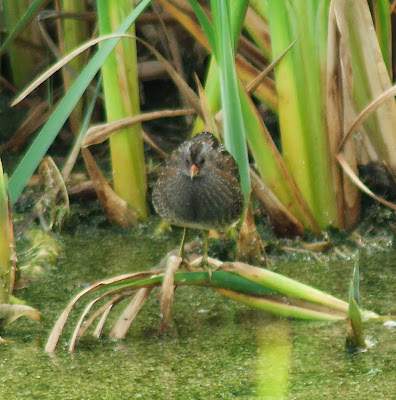 Spotted Crake out in the open.

The Spotted Crake was not as active as the last time i saw it and sadly it has a very noticeable limp , it stayed mainly in cover most of the time and even flew across from one side to another at one point , hope it is not in to much discomfort .

I watched the Spotted Crake on and off for approx an hour then decided to head back along the road checking out the East Flood on route , there approx 500 Golden Plover close to the road plus a Ruff with rings on its legs. 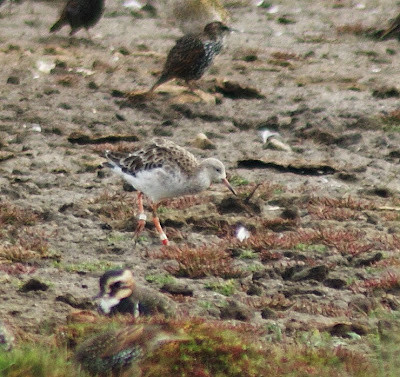 I also saw a juv Little Stint amongst the masses of Dunlin , i then headed back to my car and headed home very happy . 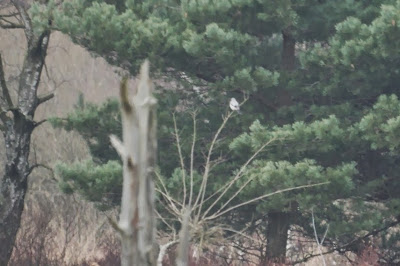 Last weeks Mystery Bird was in fact a Great Grey Shrike , there were 3 correct answers this week and a big well done to Ben M , Ellis L and Martyn Wilson who all got the correct answer .

Here is this weeks Mystery Bird , if you fancy a go just leave your answer in the comments and i will reveal the answer and correct entries next weekend , good luck to all and many thanks for having a go . 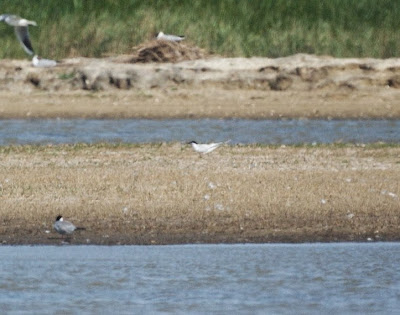