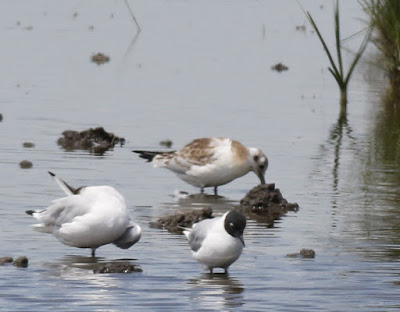 On the 15th and again today the 18th July i saw the now 4th year in a row returning Bonaparte's Gull at Oare Marshes , this cracking looking bird was on the East Flood and showing very well  in the south eastern corner. 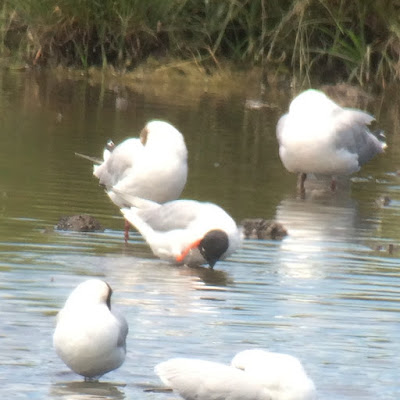 It was preening and i could see the bright orange/reddish legs which are normally pinkish in colour in winter plumage. 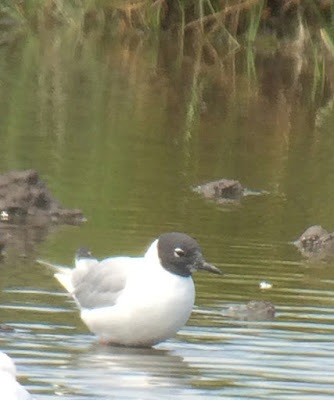 The Bonaparte's Gull was showing signs of moult around the base of its all black bill. 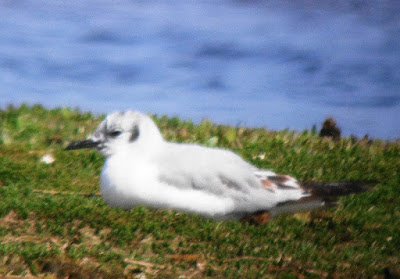 The Bonapartes Gull first appeared in 2013 in 1st summer / 2nd winter plumage and who would have thought it would become an annual visitor to Oare marshes. 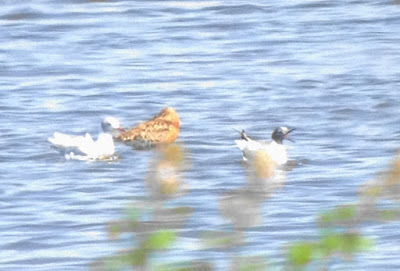 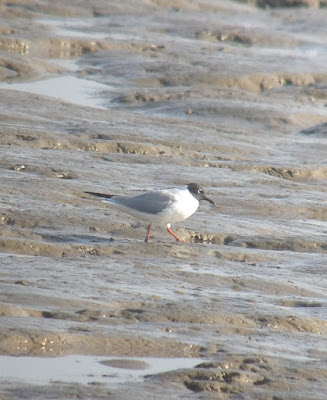 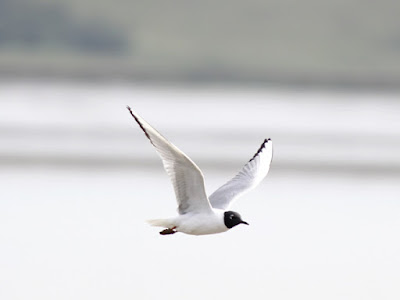 Anyone planning  to see the Bonapartes Gull i would say high tide is best , as it often roosts on the islands on the East Flood near the pull in along the road or in the bottom south east corner near the sluice , otherwise on low tide it can almost be anywhere , i have seen it along Faversham creek and along the Swale but is alot harder to locate in my experience at Low tide.