Oare Marshes and My Garden 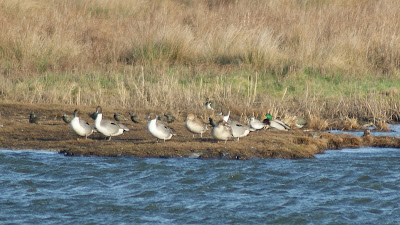 I had a very pleasant couple of hours at Oare Marshes this afternoon , i was hoping to see the Little Stints but got the tide completely wrong as normal ...lol , the East flood was fairly quite with just a scattering of waders  mainly Lapwing plus Grey and Ringed Plover with a couple of Common Snipe here and there , a female Marsh Harrier drifted over the flood and spooked everything , there were plenty of Pintail and Shoveler with lesser numbers of Pochard and Teal . 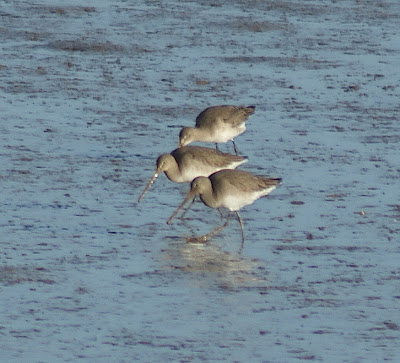 I decided to check the waders out by the slip way and was delighted to see good numbers of Dunlin and Black Tailed Godwit , still no Little Stints though , i scanned across the other side of the Swale where i was really pleased to see the Rough Legged Buzzard over Mocketts farm where it stayed most of the time i was there , it was mobbed by a Peregrine at one point which was great to see , now here is a dilema , can i count the Rough Legged on my Oare list ??? although i was at Oare the bird was on Sheppy , answers on a post card please ....lol i also added Avocet here which is always nice to see . 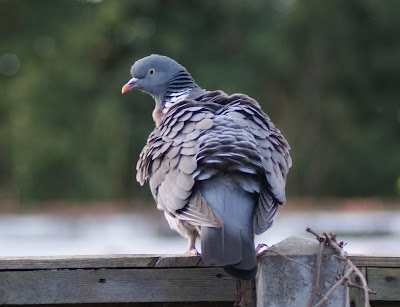 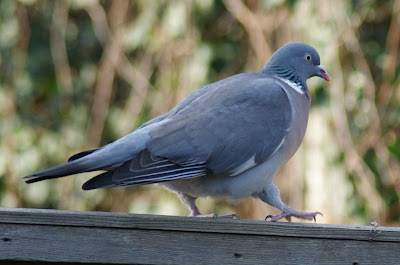 Wood Pigeon on my garden fence.

When i got home there was this smart Wood Pigeon on my garden fence and a couldn't resist a couple of photos . 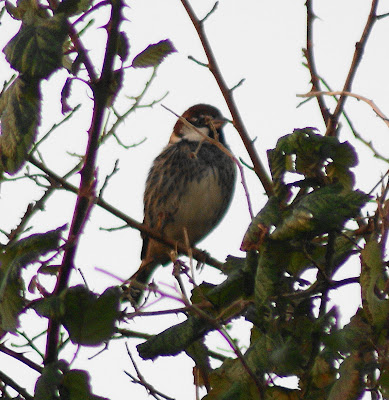 On Saturday 14th  I headed down to Calshot in Hampshire for the now TV and newspaper famous Spanish Sparrow , I joined the already assembled birders at about 7.30 am and as luck would have it i  stood in the right place as after about 20 mins the Sparrow appeared although not very well right in front of me , after about 10 minutes it eventually climbed through the hedge and appeared out in the open for all of us to enjoy , it was also calling which sounded very much like House Sparrow to me , i have seen plenty abroad but this was a very welcome British tick for me , a really striking bird . chestnut crown , white cheek patches and delicate small white supercillium , the upper breast and flanks were heavily streaked black , it has breed with the local House Sparrows as there are 2 or 3 hybrids around . 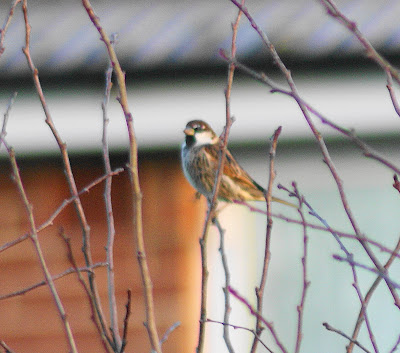 The Spanish Sparrow stayed in the bush for a while then flew over the road to another bush where it showed well before flying off to the locals gardens , i then went to the village hall and tucked into some bacon sarnies and a hot mug of tea , if only all twitches were this good !!!!

On my way back to the car i saw  a Peregrine perched on top of a distant tower , so with a spring in my step i headed off to Hawkhill enclosure in the New Forest . 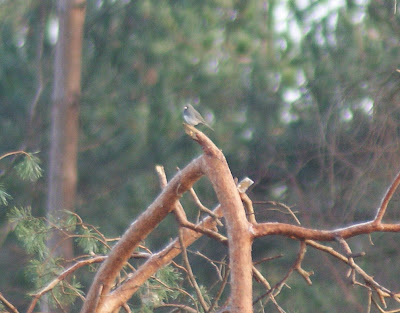 My target here was the Dark Eyed Junco , i was onto the bird as soon as i got there however the views were very brief at first , i bumped into Nick and Russell .G. at this site and they had already had some good views of the Junco , they were just about to head off for the Sparrow so we said our goodbyes , after about an hour i had some really good views of the Junco both on the ground and perched on top of a dead tree , there were several Common Crossbills here which showed well at times plus at least 3 Goldcrests and approx 25 Reed Buntings along with several Chaffinch , Great and Blue Tits , i had a good time at this site before i headed off to Blashford Lakes , i called into these lakes to hopefully see the Ferruginous Duck , i arrived at the South Hide and was almost straight onto the bird , it was sleeping for the first few minutes then it sprang into life in pursuit of a female Pochard even displaying at one point , these are smashing ducks , lovely warm chocolate brown plumage with a striking contrast with its white undertail coverts and very noticeable white eye. 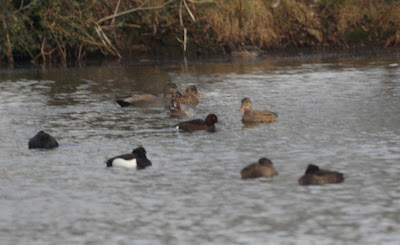 I did not add much more from this hide other than a fine distant Green Sandpiper , i decided to check out the woodland hide which was truly amazing , they have set up lots of bird feeders and a host of finches and tits plus Great Spotted Woodpecker and Nuthatch put in an appearance . 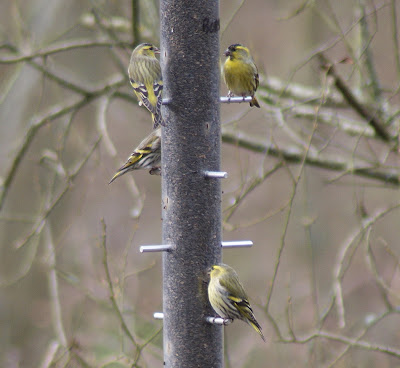 Siskins on one of the feeders.

This is a really smashing reserve , I added several species here including 6 Goosanders , Goldeneye , Little Grebe and good numbers of Wigeon , Teal and Pochard.

I then had a short drive to Harbridge for the herd of wild swans , i saw 1 Whooper Swan and 6 Bewicks's Swans mixed in with lots of Mute Swans . 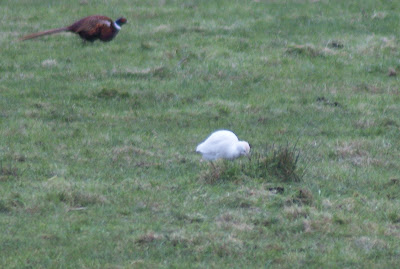 My final destination of the day was on the way home when i popped into Warblington for the long staying Cattle Egret which like everything else today showed well , it showed a little bit of buff colouration on the crown which you can just about make out in the above photo , there were at least 6 Little Egrets here . 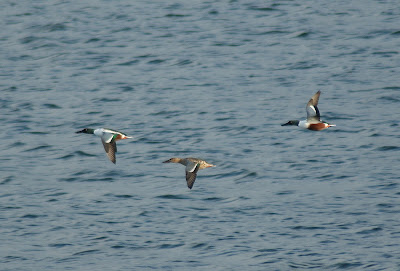 One of the best sites in Kent in winter in my opinion is Dungeness , it has a mixture of most species and winter ducks are normally its specialty , although this winter is so far very mild there were plenty of winter ducks around just you had to work abit harder to find them , i no sooner reported into the RSPB visitor centre , where i had a close view of some fly by Shovelers , when i then bumped into Chidders and Adam , we teamed up and then headed off to check the Makepeice hide , this didn't produce much other than the expected ducks although there were good numbers of Pintail and Eurasian Wigeon with a scattering of Goldeneye mixed in , we decided to head off to the Arc Pits where Chidders and Adam had seen some good birds earlier , we started off looking from Hanson hide but yet again it seemed fairly quite and little was seen from here , although there were good numbers of Lapwing and Golden Plover plus we had just missed a Peregrine fly through  although a smart Sparrowhawk sat in a nearby bush was a good alternative , smashing bird to see .

We then headed off to view the ARC pits from the road and were instantly rewarded with some cracking views of two Great White Egrets , i cant remember ever having seen two birds together in the UK before and from what i can gather there is a third bird here as well . 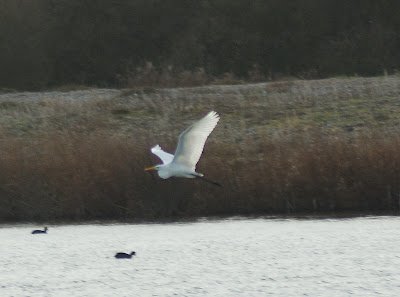 One of the Great White Egrets in flight.

Really enjoyed looking at these Egrets , there were plenty of Little Egrets around plus several Grey Herons were dotted about , at one time there were Great White Egret , Little Egret and Grey Heron in the same scope view and it was good to be able to see the size differences . 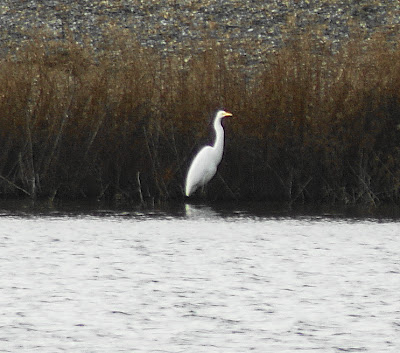 We checked out the rest of the ARC pit hoping to connect with Smew  and after a short while we were soon onto a stunning male Smew and 4 Redheads which were hiding away up a small channel , excellent birds to see , there was another Redhead showing distantly on the other side of the road , Chidders had to head off home so after saying are goodbyes Adam and myself decided to head of to the Fishing boats for the gull roost , we were just about to go when another birder came along wanting to see the Smew , we tried to put him onto them but as luck would have it they had gone out of sight , Adam then got onto a Kingfisher which landed briefly in a nearby bush , having checked my records i have seen them in the Dungeness area before but not that many so this was a very welcome bird to see. 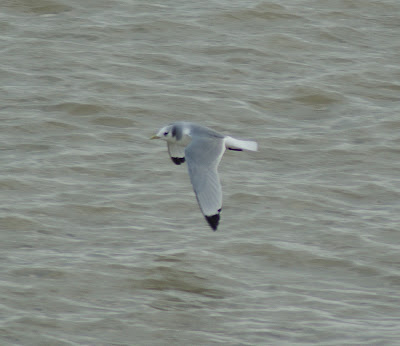 After arriving at the Fishing boats we walked to the sea and had some really great views of Kittiwakes which seemed to be zipping about everywhere , there were impressive numbers of  Guillemots and Razorbills both on the sea and flying by with several birds in full summer plumage !!!

There were several Great Crested Grebes on the sea but no sign of our target birds , we walked along the shore line checking the gulls as we went then decided to head back further inland to check out the gull roosts and after a quick scan Adam picked out the 2w Glaucous Gull at the back of the roost  !! 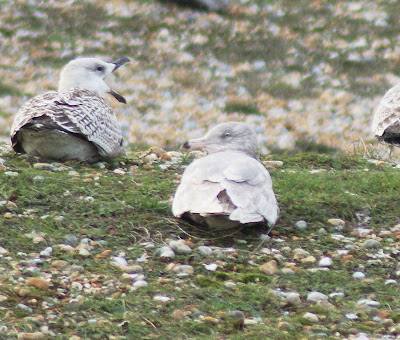 Glaucous Gull , sure there is a funny caption that could go with this photo ..lol 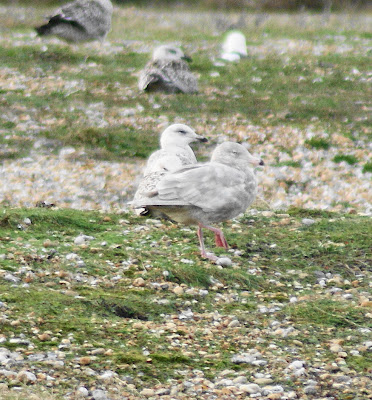 Glaucous Gull going for a walk.

After a good amount of time here we headed back to the RSPB reserve to try for the Long Tailed Duck  a quick stop at Boulderwood farm produced a healthy flock of 20 + Tree Sparrows . 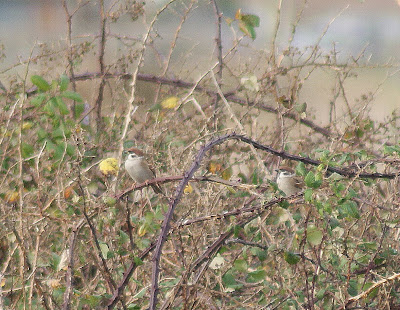 Then after a short scan from behind the Dennis hide we were soon on to the Long Tailed Duck which was a little to distant for a photo . 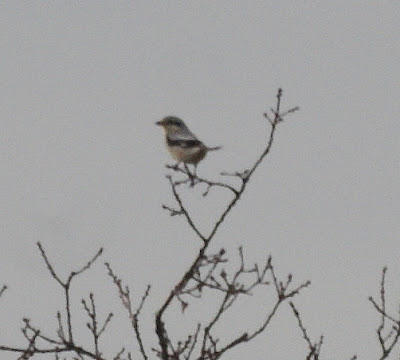 I headed to Norfolk on 1st January  for another look at the Western Sandpiper   , an uneventful journey saw me arrive in Cley at about 7.45am and the year listing begun in earnest , several species were added on my way to the hide and by 8.10 am i had located the Western Sandpiper with a small group of Dunlin , i had the hide to myself for several minutes and enjoyed prolonged views of this small wader .

From here i headed to Titchwell in the hope of connecting with the Redpoll flock and i was on them almost straight away , now Redpolls are always a bit of an id challenge ( in my opinion ) but i had a really good view of the Coues Arctic Redpoll , pure white rump was very evident and its overall white plumage stood out along side its rather dull companions , i also had at least one Mealy but there may have been more as the flock was constantly on the move and were quite high up in the canopy most of the time . Here is a photo of the bird i saw on Shetland in 2011. 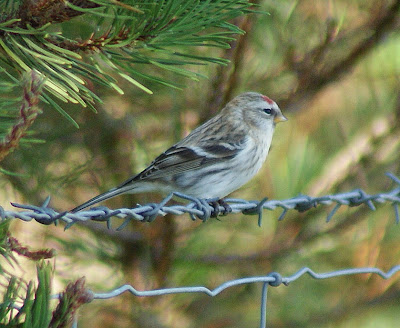 I added lots of finches to my year list here such as Greenfinch , Goldfinch and Chaffinch plus several Robins put in an appearance , i then headed of to Fakenham for the Grey Grey Shrike and were very fortunate to get some really good scope views,  i noticed the shrike showed alot of white in the wings in flight but the face pattern looks like normal Great Grey Shrike .

I enjoyed the shrike for awhile before heading of to my final destination at Ranworth broad for the  female Ring Necked Duck ,  i arrived on site in good time and after a 5 minute walk i was at the visitor center and scanning hundreds of ducks which mainly consisted of Pochard , Tufted Duck , Teal and Wigeon , its was not looking good until a birder who was further to my left picked it out near a fine male Goldeneye , it didn't take me long to get on the bird which is very distinctive . 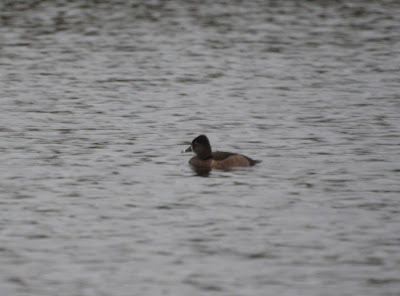 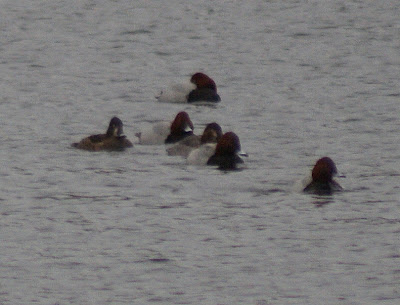 The face and beak pattern are very distinctive , white face patches and broad white band on bill with black tip , the head shape has a high peak at the rear of the head which is very noticeable , so not a bad start to the year.