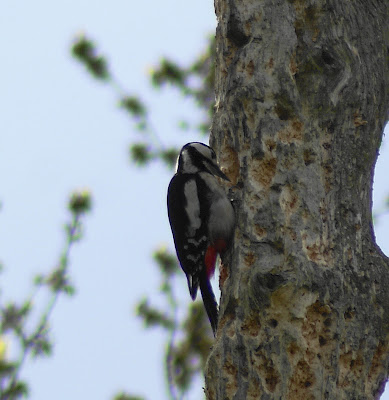 A very pleasant few hours were spent at Stodmarsh and Sandwich Bay yesterday , i started of at Stodmarsh and walked through the wooded section from the car park and had excellent views of a Great Spotted Woodpecker drumming away at a dead tree , there were plenty of Chiffchaffs being very vocal and also several  Blackcaps but none of them gave themselves up to my camera . 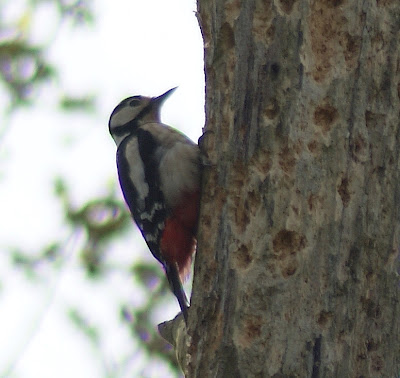 Another shot of Great Spotted Woodpecker .

I continued my walk through the wooded area enjoying plenty of bird song and when i reached the path that lead onto the Lampen wall i heard a Water Rail and also a Sedge Warbler burst into song , this was my first of the year but i could not locate it , however it was not long before i picked out one calling from a high vantage point for all the world to see and hear . 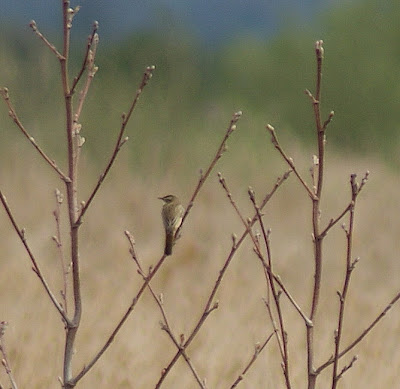 There were several Sedge Warblers along this path with the odd bird showing every now and again , i also saw 2 Bearded Tits bounding along the top of the reed bed although they were quite distant there was also a male and female Marsh Harrier  quartering over the reed bed which is always great to see , i made way as far round to the Tower hide and added Shoveler , Tufted Duck and Teal to my mornings birding , there were lots of Mute Swan and Cormorants plus a single Shelduck was sleeping on one of the rafts , i also saw a single  Swallow flying over the lake , from here i made my back to my car and headed to Sandwich Bay . 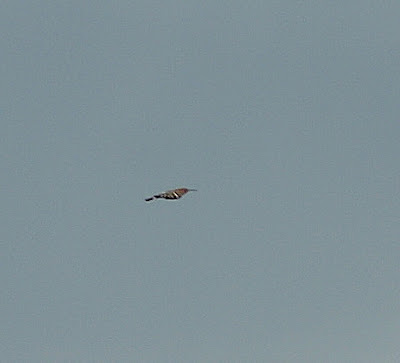 Record shot of the Hoopoe in flight .

I arrived at the Obs and was given the info on the Hoopoe and then made my way over to the Oasis area where it has been seen mostly , i bumped into Martyn Wilson and Steve Ashton who have some excellent photos of the Hoopoe on their blogs which you can find on my Blog List .

They had seen the bird but was lost to view in a corner of a field , i quickly scanned the area and managed to just see the top of its head , we all approached the bird and got quite close although we could not see it and we wondered if it had flown without us noticing then all of a sudden it took to flight and landed the other side of a fence , as it landed it raised its crest , smart .
The Hoopoe was quite flighty and never seemed to settle for long on the ground and we eventually lost it to view as it flew in to someones garden , we also had a brief view of 2 Grey Partridge across the grassy area , of note the Hoopoe is a new bird for me in the Sandwich Bay area .