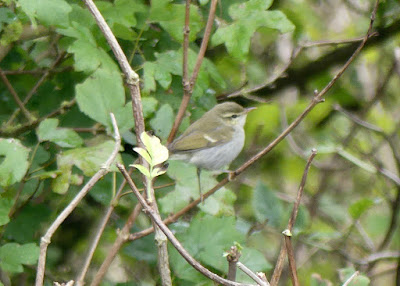 A straight forward journey got us on site at approx 9am and the news was positive the TBGW was still present , we made our way down to the quarry and joined the mass of birders already present , we more or less saw the TBGW straight away but the view was very brief and certainly not good enough to be certain of id , then the shout went up it was showing on the other side of the trees, we dashed round there but had no luck.

I decided the best course of action was to stay in one place which paid of as i had several brief views and a couple of really good views seeing all the id features that make this a Two Barred Greenish Warbler.

Sadly i never managed a photo , i was just not quick enough with my camera plus i was really trying to see all the key id features and of course just enjoying watching the bird.

Many thanks to Chris Craig who did manage a photo and very kindly has allowed me to use his photo on my blog.

There were several Firecrest amongst the trees which showed really well. 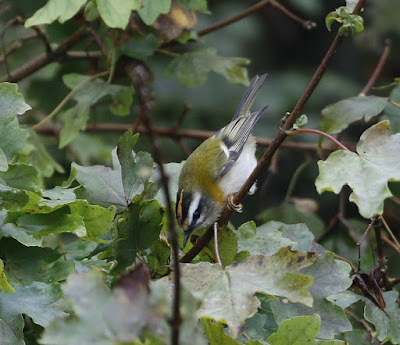 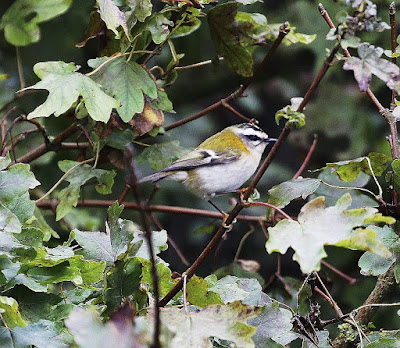 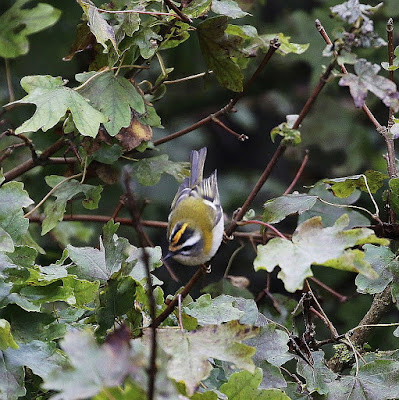 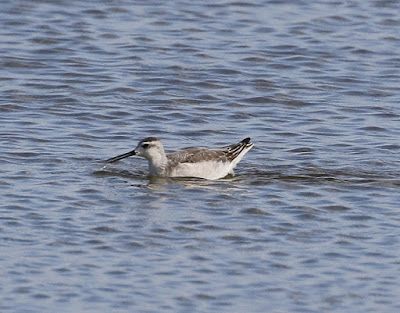 I paid another visit to Oare Marshes last Friday the 6th October to try and get better views of the Wilson's Phalarope and was pleasantly surprised that it was quite close to the road.

Here are a selection of photos i took: 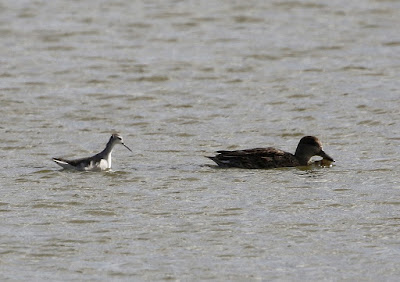 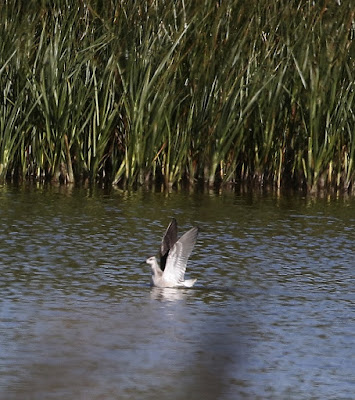 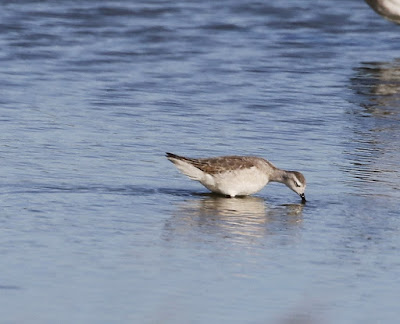 Having a real good poke around. 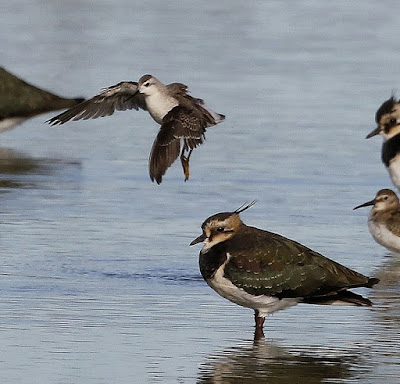 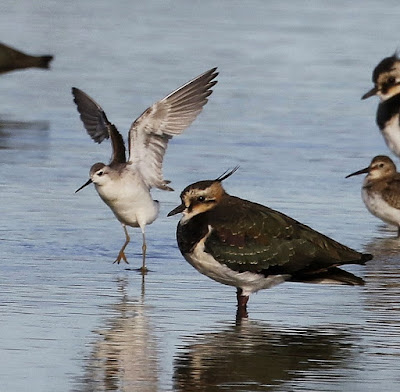 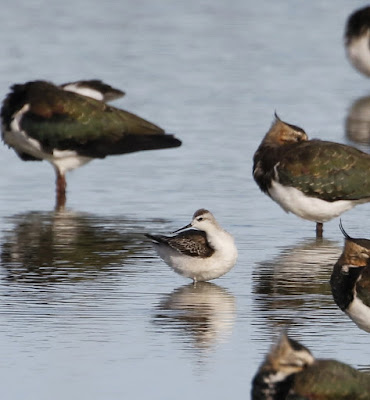 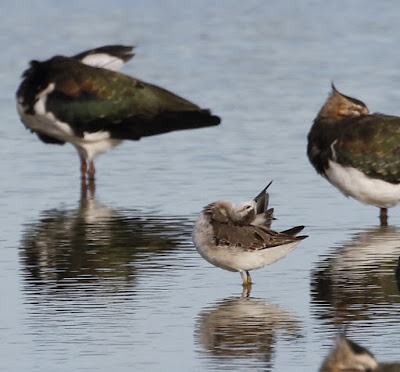 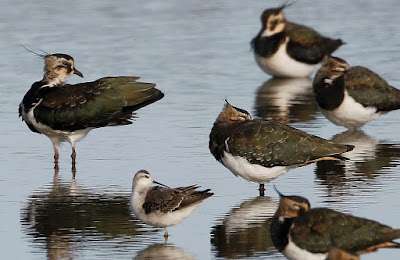 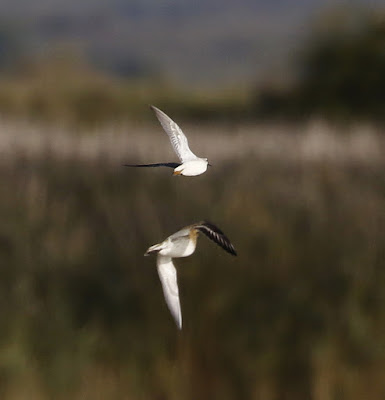 In flight alongside a Golden Plover. 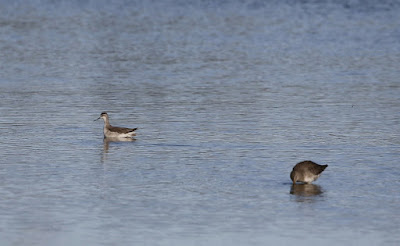 I tried to get an in focus photo of the Wilson's Phalarope & Long Billed Dowitcher together but one or the over was always just out of focus. 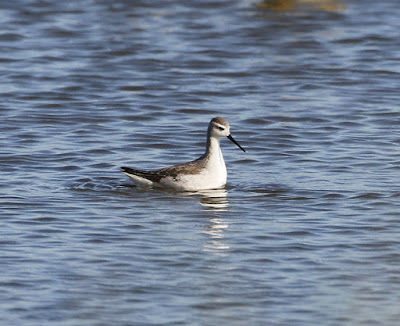 Posted by Robs Birding at 20:20 No comments:

Wilson's Phalarope 1st for Oare Plus Lapland at Bishopstone 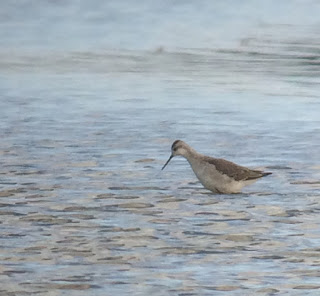 News reached me yesterday the 3rd October that a possible Wilson's Phalarope had been seen on the East flood at Oare Marshes , so without haste i grabbed by birding gear and headed straight there and sure enough in the middle of the flood near the reedy island was a cracking 1st winter Wilson's Phalarope !!!! 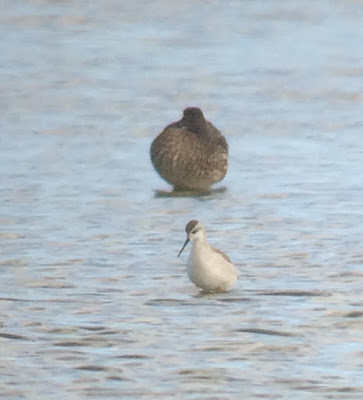 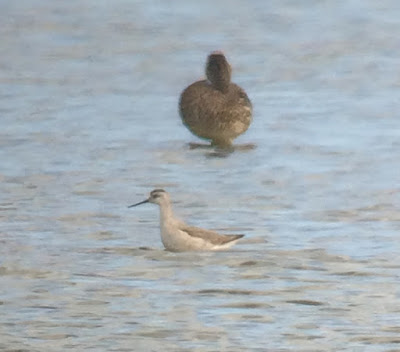 I was reliably informed this was a 1st record for Oare Marshes , i have been lucky enough to have seen 3 previous Wilson's Phalaropes  (2 in Kent) but this was by far the best views i have had of one in Kent.

I had really great views through the scope to be able to age this bird but it never really came close enough to get decent photos, all my photos are Digi scoped. 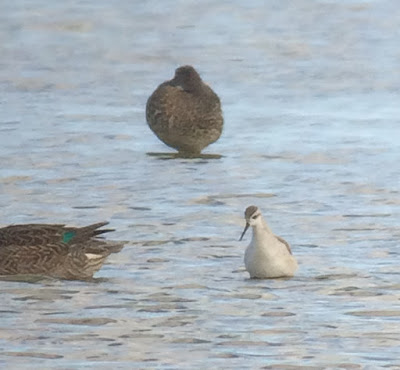 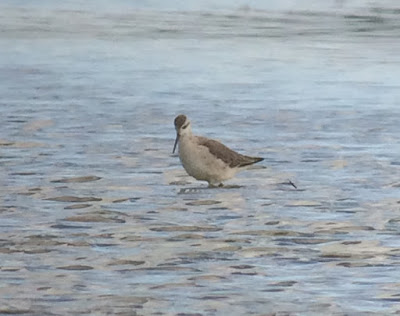 There was a great selection of waders on the East flood including 1 ad & 2 juv Little Stints and 3 juv Curlew Sandpipers, the Long Billed Dowitcher was also showing well close to the road. 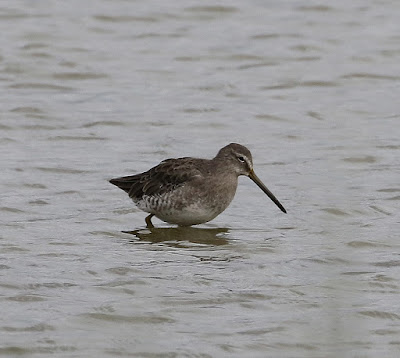 There was also a Black Necked Grebe in Faversham Creek plus i saw 2 Clouded Yellows on route to look at the Grebe. 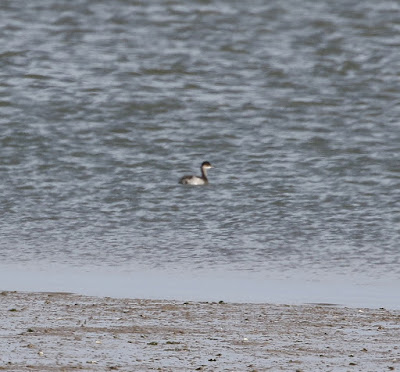 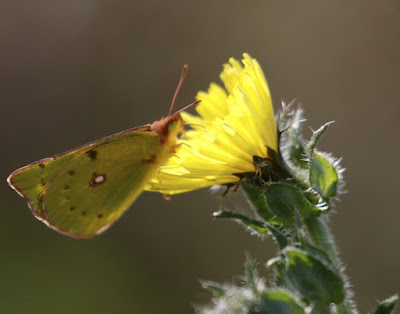 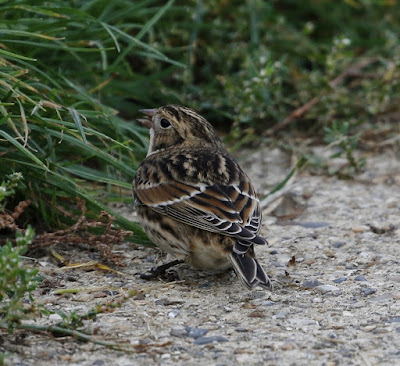 On the 30th September i called into Bishopstone near Reculver to see the Lapland Bunting which was very confiding to say the least.

Here are a selection of photos i took : 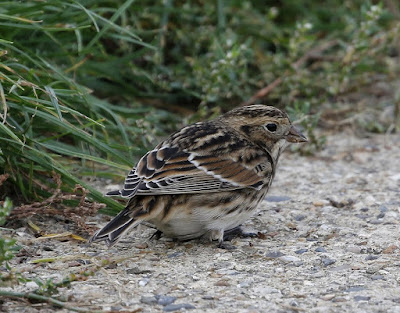 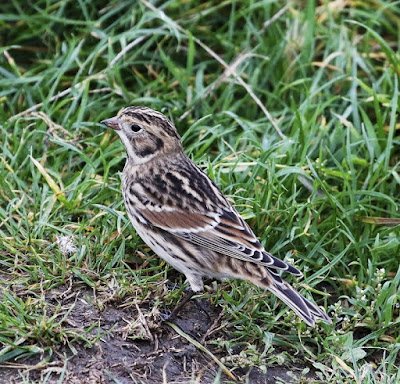 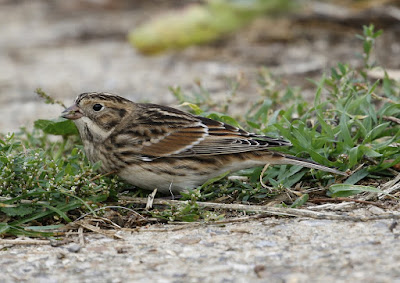 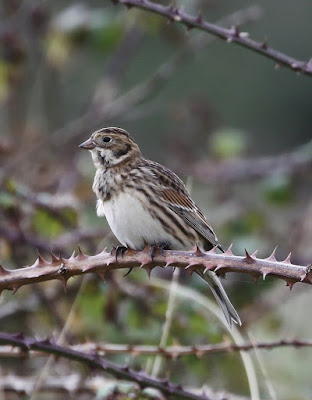