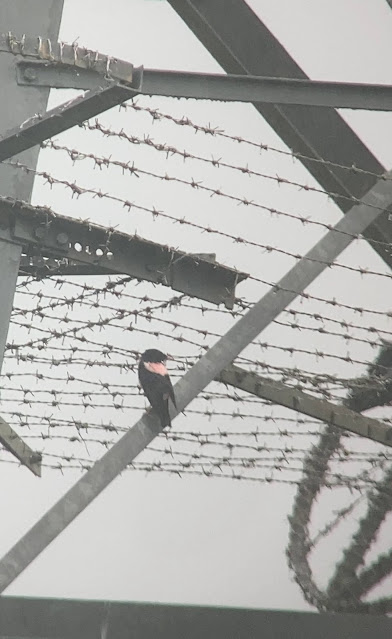 Adult Rose coloured Starling.
So after nearly 4 weeks after my operation i was out and about again thankfully and my first trip was an afternoon dash to see the adult Rose Coloured Starling  along Denge marsh road.
The weather was awful , torrential rain and very overcast , all the Common Starlings were quite distant and keeping down out of the rain.
I was lucky enough to get onto the RCS after about 15 mins but poor views were obtained as it was to distant. 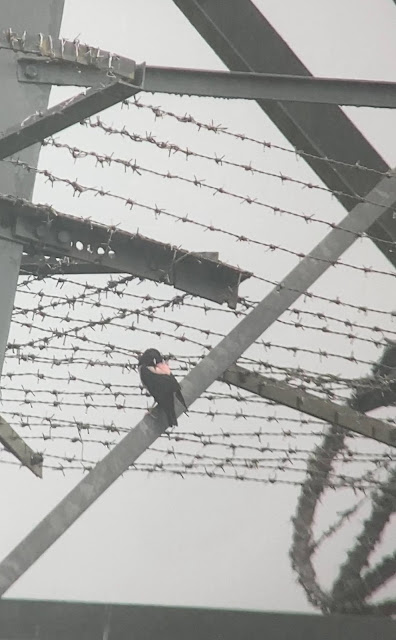 Pink bill can also be seen in this photo.
I decided to look from the road that leads you to Galloways and this proved to be a good idea as although still distant the RCS was seen on a pylon having a look around for a few minutes. 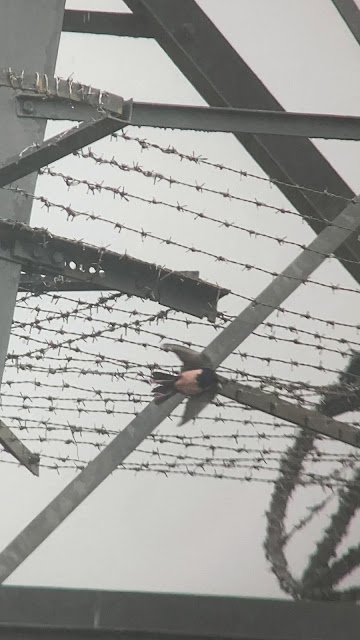 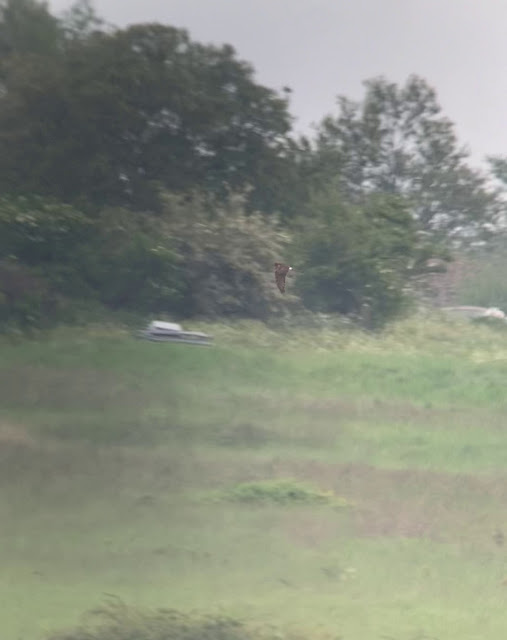 Montagu's Harrier.
An early phone call from RR informed me he had just found a Montagu's Harrier at Oare Marshes (Great find mate), so without haste we headed straight there.
The Montagu's Harrier was not on view when i arrived , it had gone to ground on the marsh near the blockhouse on Sheppy, after a approx 30 mins it took to flight again and eventually headed towards  Castle Coote and then flew towards us along The Swale. 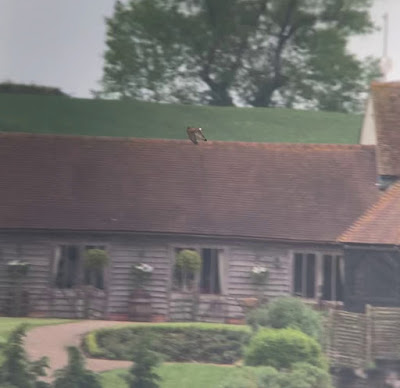 Small white rump visible.
Although it was always on the Sheppy side of the Swale we all had great scope views of this new bird for my Oare Marsh bird list. 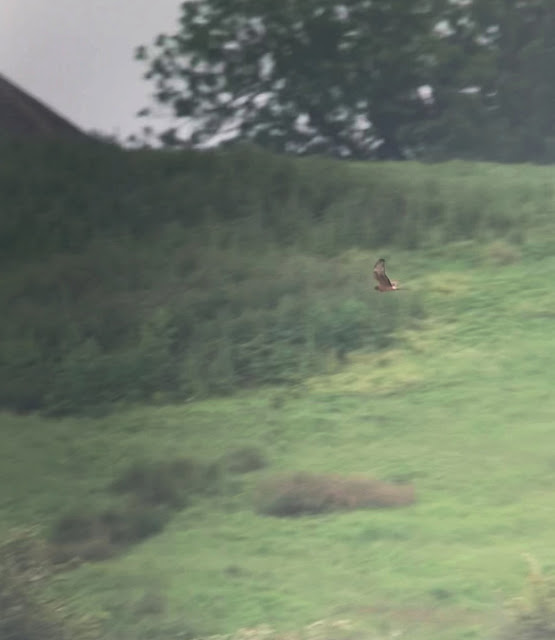 Montagu's Harrier.
Other birds of note were 2 Turtle Doves in the paddock area which were great to see & hear plus a superb drake Garganey still in all it's glory on the West Flood.
Godmersham 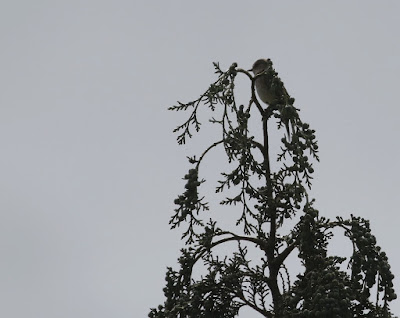 Spotted Flycatcher.
After the excitement of all the superb birds at Oare Marshes i decided to head to Godmersham via a brief stop at Chilham where there wasa singing Firecrest.
A look over the bridge at Godmersham produced 2 Grey Wagtails busy with beaks full of food for their unseen young, no sign of any Mandarins today though.
I decided to drive around to the church in the hope of seeing Little Owl & Spotted Flycatcher ,  saw a Spotted Flycatcher but no luck with the Little Owl this time.
It's great to be back out & about again !!!

Posted by Robs Birding at 01:11 No comments: