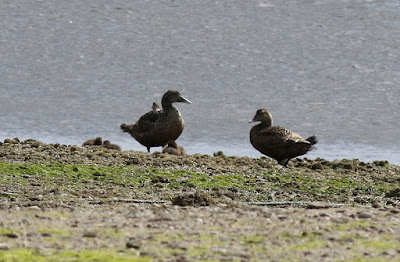 
I left home at at 9pm on Sunday night the 26th June and my destination was Aberdeenshire and my target birds were American White Winged Scoter & King Eider as the   AWW Scoter would be a new species for me.

I arrived in great time on Monday morning and followed the instructions to Blackdog just north of Aberdeen however i could not find a decent path to get to the beach , i could see some birders in the distance but could find no way of getting to where they were from our currant position.

I decided to try my luck from Murcar links golf course , i parked up and went to see one of the greenskeepers to get permission to walk across the course ,  and they very kindly gave me a lift to the other birders , wow never been in a golf cart before ...lol.

I eventually reached MYr destination and joined 3 other birders who had already seen the AWW Scoter but the scoter flock was quite distant , this is going to be a real challenge at the range these birds were at , one chap was very good at picking it out however the rest of us were struggling , eventually the other birder got onto the bird again and this time so did i , thankfully it was quite obvious once you managed to get onto it but boy was hard to find ,  even at that range you could see all the features but sadly i never managed a photo . 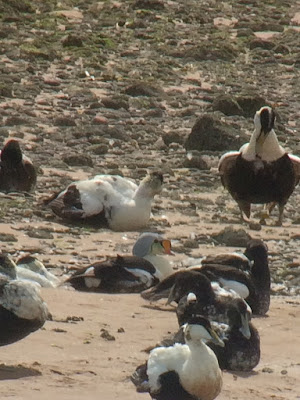 I worked really hard scanning and re scanning the scoter flock for quite sometime but the flock was drifting further out with the tide , i saw the American White Winged Scoter twice quite well and was pleased with my views but would have of course liked to have seen it closer .

I decided to head off to the Ythan estuary for the King Eider thankfully this was much easier to find , i picked it out amongst lots of Eider on the opposite river bank , eventually it had a swim around and came quite close at times. 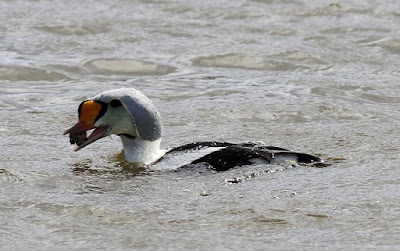 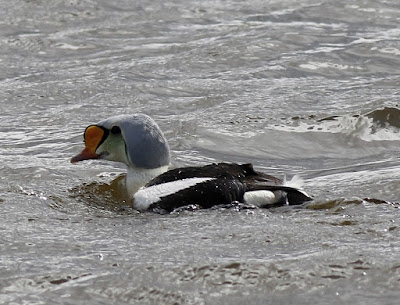 A really enjoyable birding session here and a great days birding , many thanks to the Murcar links course greenkeepers for their help . 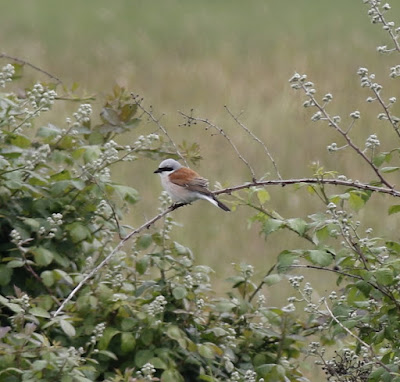 There had been a male Red Backed Shrike seen at Allhallows since last Sunday 26th June and i was hoping it would stick around until i had chance to have a look , thankfully it was still present on Tuesday 28th June and i headed over there to see it , what a cracking bird to see in this plumage , first one i have seen in adult plumage for a number of years. 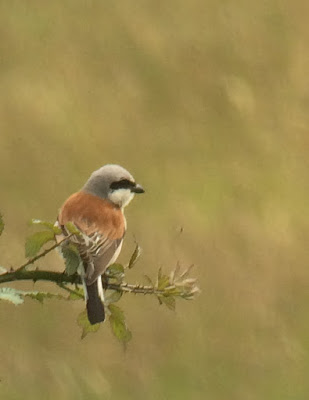 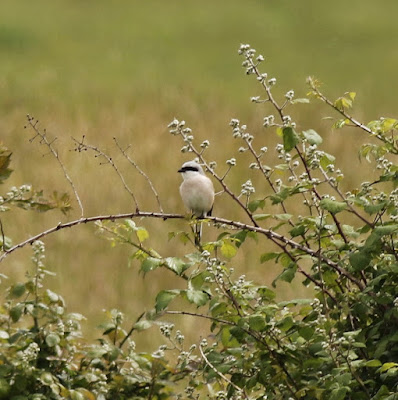 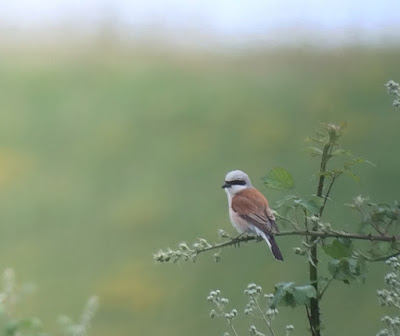 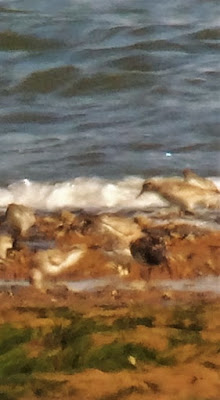 Record shot of the Great Knot.

Anyhow there was a huge flock of Red Knot on the beach, approx 2000 birds in various state of plumage , mainly grey with a few full summer birds here & there , but more importantly no sign of the Great Knot. 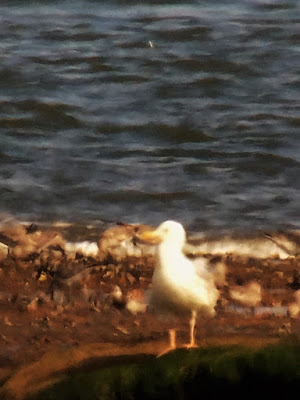 Another record shot of the Great Knot.

After nearly 2 hours scanning and re scanning plus one or two false claims the Great Knot was picked out by another birder who was about 3 foot taller the rest of us and this height advantage paid dividends for him as unless you were that tall you couldn't see the complete flock over the sand ridge , he did his up most best to try and get people onto the bird but even standing on tip toe i had no luck !!!!

Luckily a few Red Knot and the Great Knot which was with them flew to the exposed muscle beds on the rocks to feed and we were all soon enjoying some really great scope views of this very rare wader , phew !!! this was a  welcome year tick for me as i saw the Breydon water bird in 2014 however that one was much more distant then this one , sadly i never got any decent photos of this bird as it was constantly moving on the rocks.

I watched this bird for quite some time then decided to head to one of the hides for a celebratory coffee and bite to eat , plenty of birds were seen from the hide including 3 Little Ringed Plovers & 2 Red Crested Pochards which were both new birds for my year list. 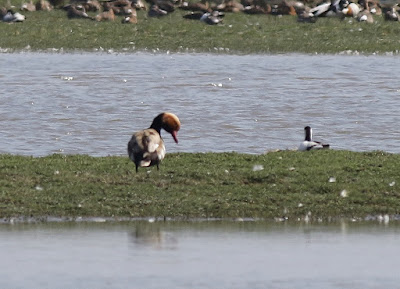 There were lot's of Bar & Black Tailed Godwits plus good numbers of Avocets , there was positive news from Gibraltar point regarding the 2 Caspian Terns   so I decided to head there , 2 hours 20 mins later I was parked up at Gibralter and made my way around to the hides and straight away saw the 2 Caspian Terns , here are a selection of pics i took. 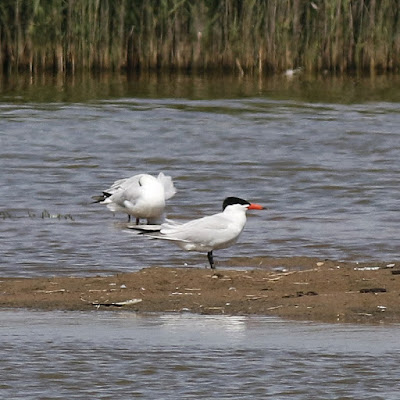 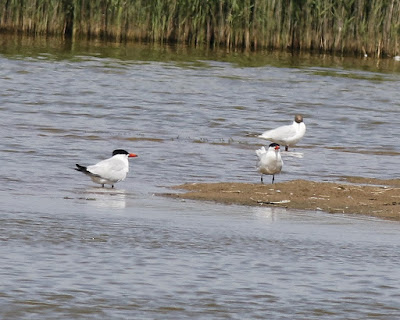 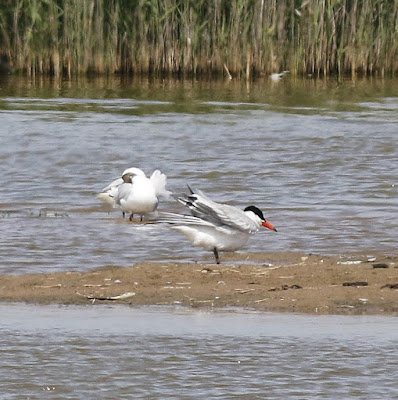 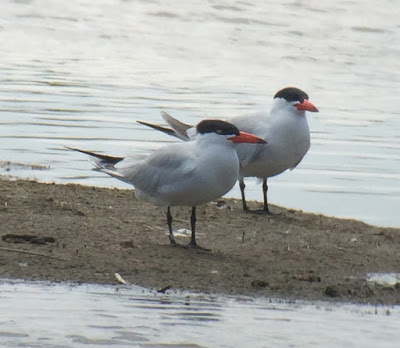 These huge terns were magnificent to see and a very rare sight seeing two birds together , they looked massive compared to the nearby Black Headed Gulls , there was also a Sandwich Tern which also looked small compared to these two !!!

It was great also to see a family of Avocets with 3 chicks (hope they survive). 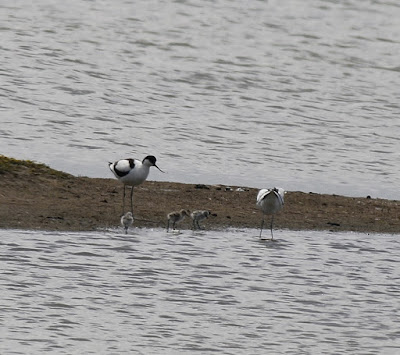 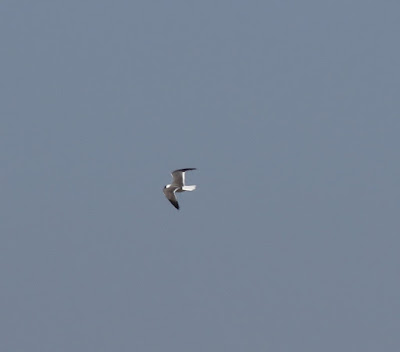 On 26th May news broke of a Laughing Gull at Dungeness showing well ,  i wasted no time and headed there , it was roosting on the Power station roof when i got there so only limited viewing at first , eventually it got up and flew west and looked like it just kept on going.

Eventually it re appeared over  'The Patch' feeding among hundreds of gulls & terns and eventually landed in the power station compound where great views were obtained. 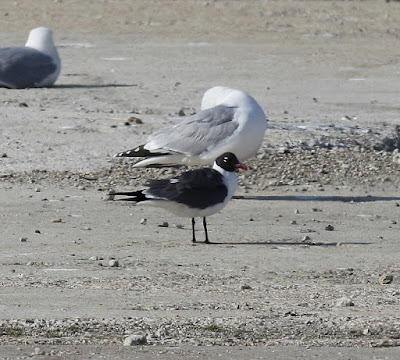 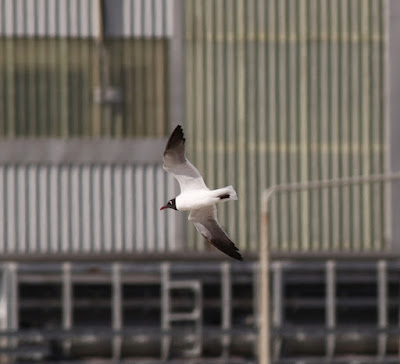 Flying into the compound. 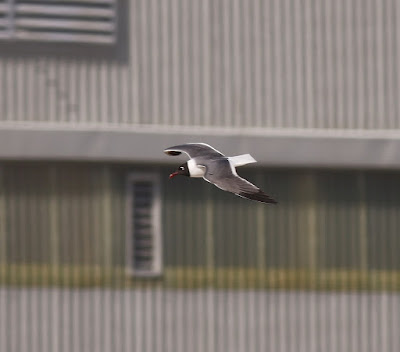 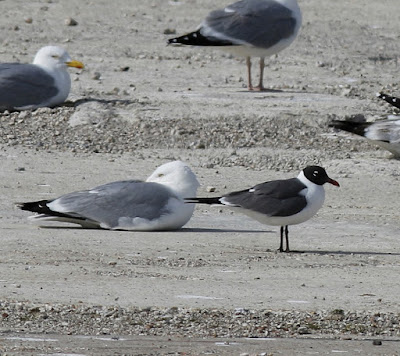 Eventually it flew out of the compound right over our heads and back to the 'Patch'. 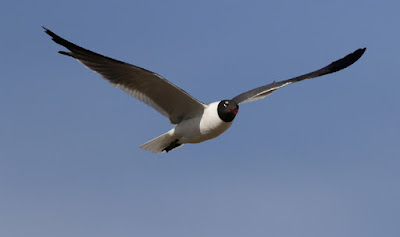 Heading straight for me. 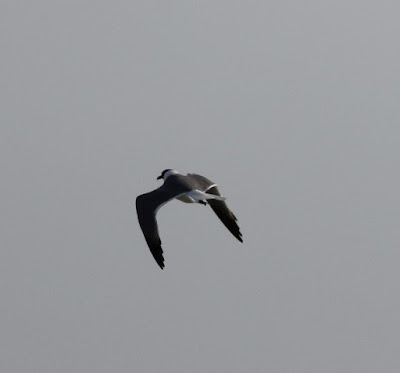 Flying over the Patch.

This was a new bird for my Dungeness & Kent list , i also saw & heard on Saturday the 28th May a Common Rosefinch which was also a new Dungeness & Kent bird , sadly i never managed any photo's of this bird.