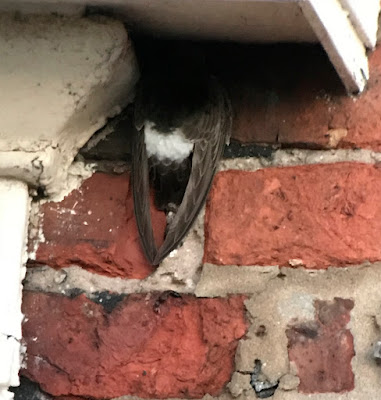 News of a Little Swift in Hartlepool on the 11th got my pulse racing as i have never seen one in the UK before  (i dipped one in New Brighton in 2012), and when it was seen to go to roost on the right hand side of a windowsill at 12 Cliff terrace the decision to go was made alot easier. 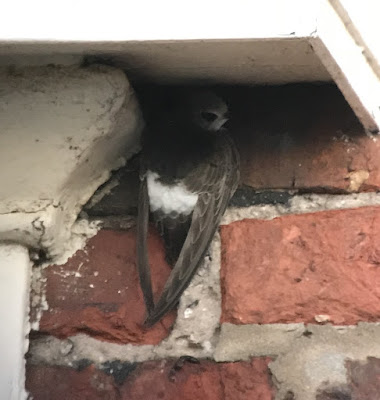 We got to Hartlepool in good time and joined the other birders present , even in the dark you could clearly see the white rump on the Little Swift and as sun rise approached the bird came into view in its fullness , lots of movement and a couple of wing stretches later it was only a matter of time before the Little Swift would leave the roost. 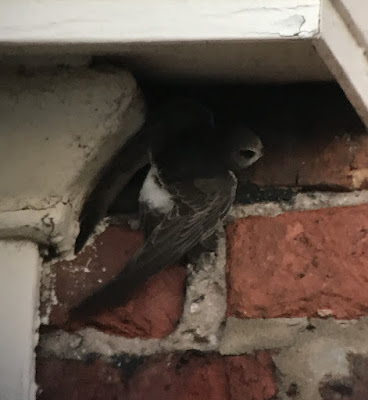 And at 7.18am the Little Swift was off and away and thankfully it was re located nearby feeding just of Town moor , the Little Swift gave some excellent views often flying just above our heads , here are some photos i took . 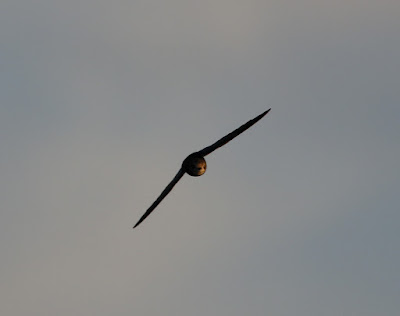 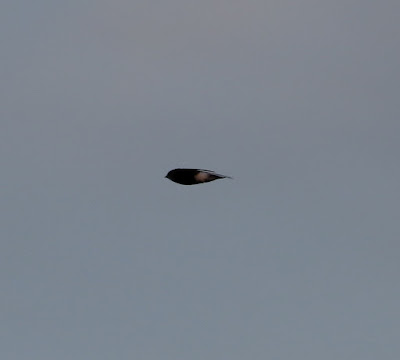 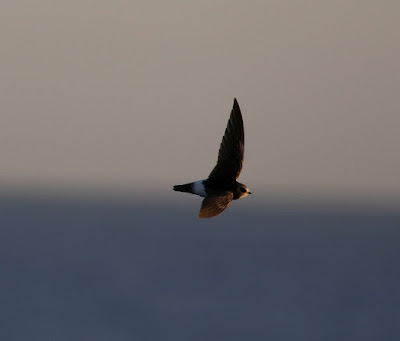 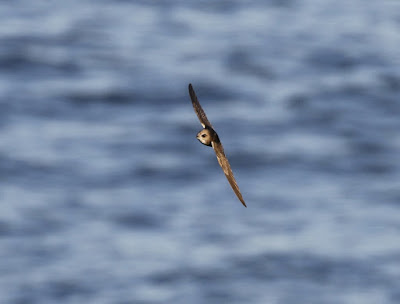 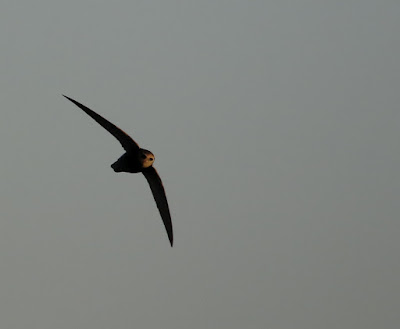 Many thanks to RR for a great trip. 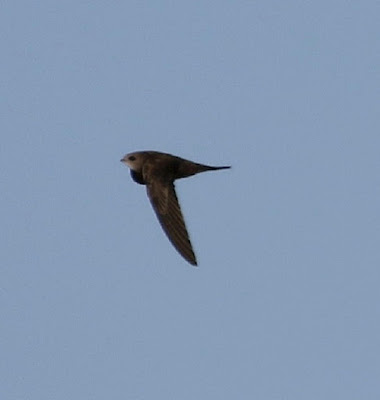 After the excitement of seeing the Little Swift yesterday the 12th i was hopeful that a Pallid Swift would reappear locally as there has  been plenty of sightings recently. 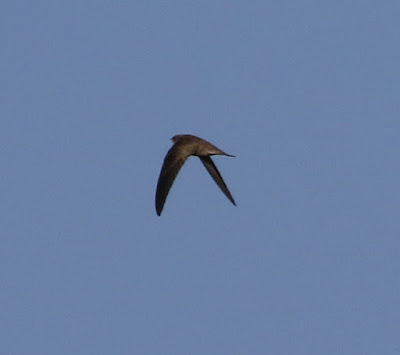 There was an early report of a Pallid Swift near Forness point but that seemed to be a fly through , then around about midday news came through of a Pallid Swift between the Captain Digby and Joss bay car park.

I decided to just go for it with little or no hope as i have dipped quite a few Pallid Swifts over the years , plus i have often been away either on twitches , holiday or just at work when they have been seen locally.

Well i was soon at Joss Bay when i saw a few birders (some i recognised) looking towards the sky , i quickly joined them to be told , 'You have just missed it' !!!!!!!

Some rather choice words were running through my mind ,,,,but it was then seen again flying out to sea . 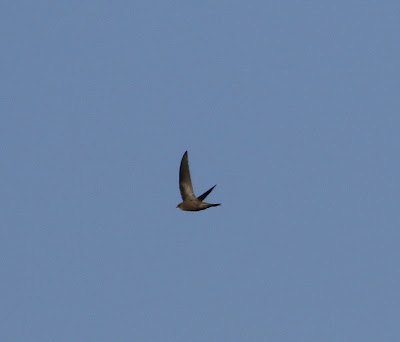 My initial views were distant and to be honest all i could id was a Swift sp , it had a Swallow for company.

Thankfully the Pallid Swift flew back towards us and i eventually got some great views and could happily add Pallid Swift to both my Kent & British bird lists.

This has been a real bogey bird for me over the years , so i was really pleased to see it , however whilst watching this bird (still with the Swallow in tow) a 2nd Pallid Swift joined them (just like buses ......) 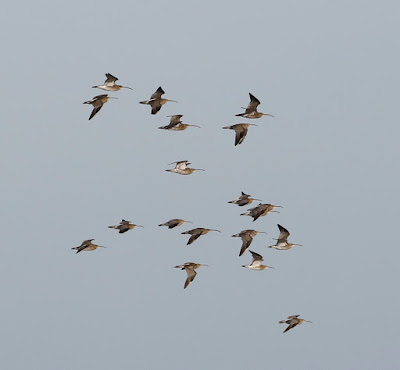 There was also a close flock of Curlew (approx 35 birds) which gave really good close views. 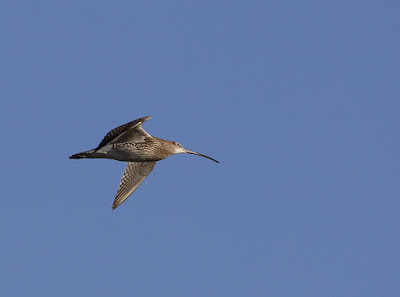 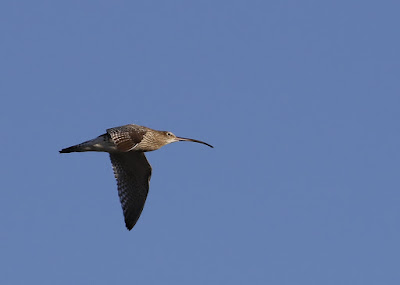 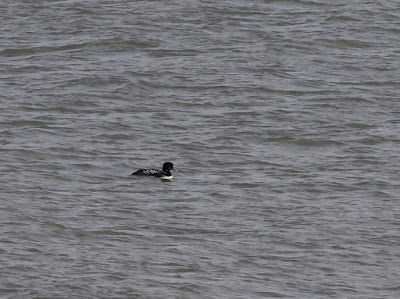 An adult summer plumage White Billed Diver was seen on Friday the 2nd November of the coast in Ramsgate (great find by Scott Haughie).

It was relocated off Botany Bay on Saturday 3rd and i headed straight there and joined the already assembled birders and had great views through my scope. 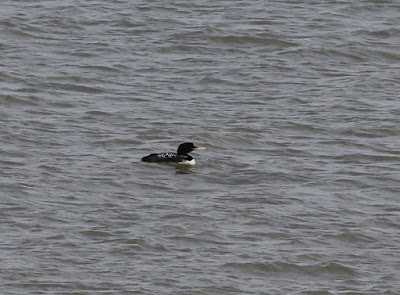 This was a new bird for my Kent Bird list (i think it was for many) and in such superb plumage , my photos don't do this bird justice (there are many better) but the views were stunning. 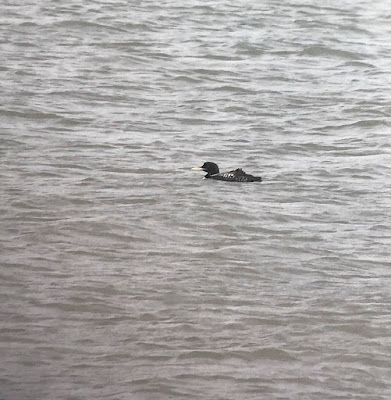 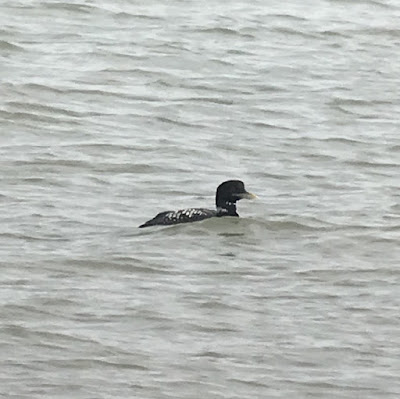 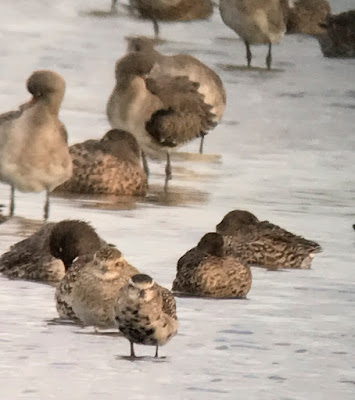 News of a reported American Golden Plover on the East flood at Oare marshes reached me  early afternoon on the 23rd October.

After a quick phone call to MW which confirmed the sighting i soon headed to Oare Marshes.

I was soon onto the AGP which was out in the middle of the East flood among 500+ Golden Plover , the dark crown and broad supercilium was a real stand out feature at that range.

The AGP was smaller than the  Golden Plover and the primaries extended beyond the tail , on a couple of occasions the AGP  stretched it's wings and the greyish under wings were clearly seen. 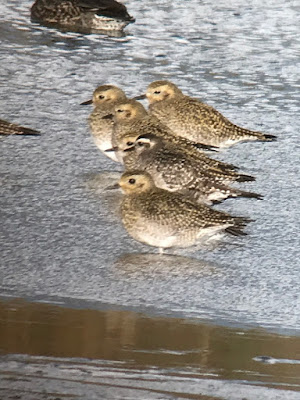 I also saw the American Golden Plover on the 26th October from the hide on the East flood which afforded better views of this 1st record for Oare Marshes. 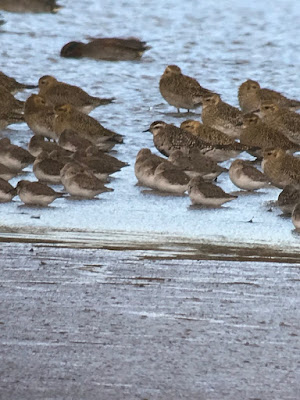 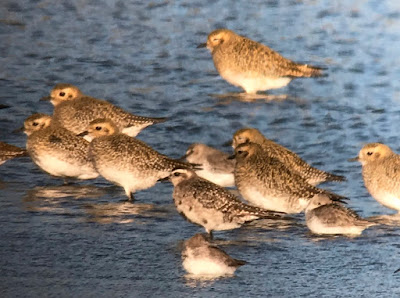 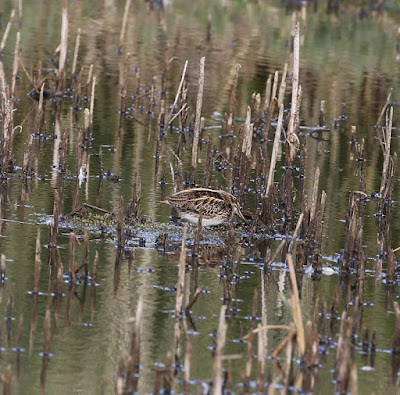 I called into Restharrow scrape on the 31st October in the hope of seeing the Jack Snipe and i was not disappointed , in fact i saw 2 birds which were both asleep at first. 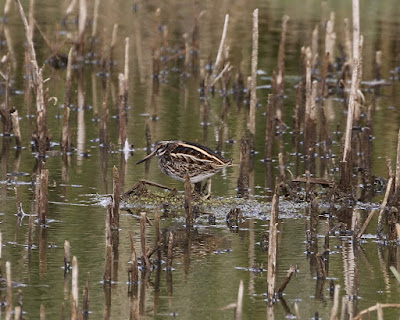 They did wake up for a short while and did their 'Bouncy' movements which are superb to witness.

There was plenty of Common Snipe at least 6 birds and 2 in particular took a liking to an abandoned Coots nest. 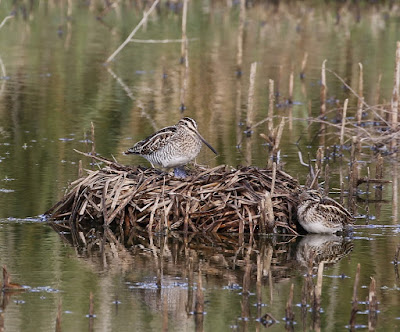 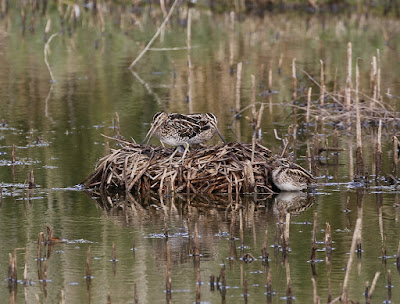 There were good numbers of Teal present which were all spooked when a 'Ringtail' Hen Harrier flew through. 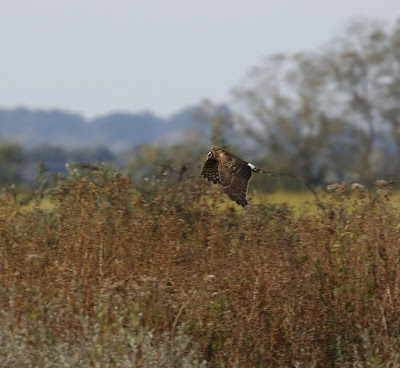