Beluga Whale in the Thames ..... Plus White Stork in Kent 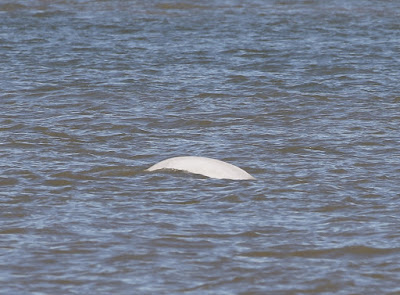 Unbelievable news of a Beluga Whale in the river Thames and viewable from Gravesend Kent on the 25th September left me with an anxious wait until the next day the 26th September as i was to busy on the the 25th.

News finally came through the Beluga Whale was still present on the 26th so i headed there and after a 2km walk had some really great views of this remarkable Beluga Whale. 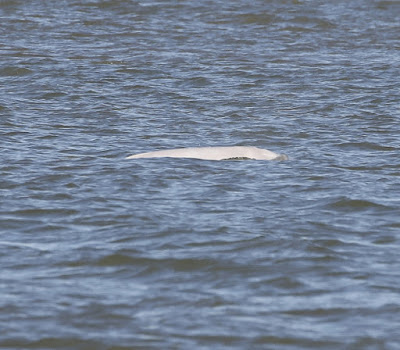 Just about make out the blow hole. 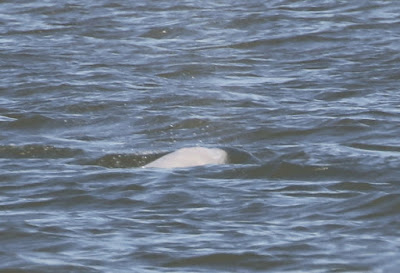 The Beluga Whale just about to break water.

Typically very hard to get a decent photo (for me anyway) but i did manage some record shots , these incredible animals are normally seen in Greenland & Russian waters , so it's a few thousand miles of course , i really hope it finds it's way home safely. 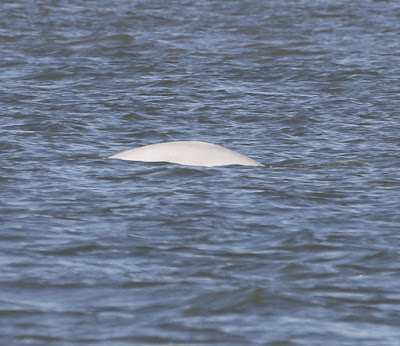 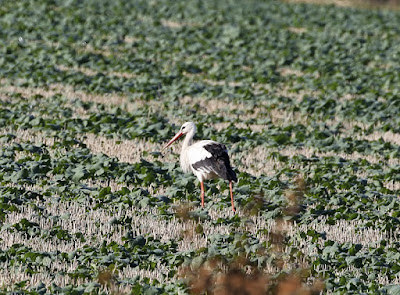 News of a White Stork in a field near Knowlton on the 25th September tempted me to go and have a look , it was quite distant but through the scope the views were pretty good. 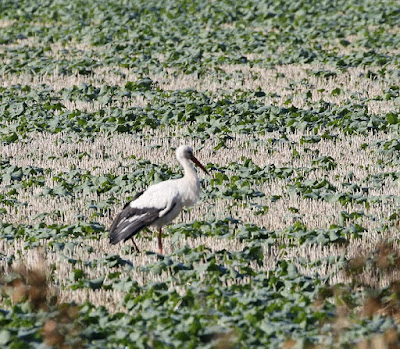 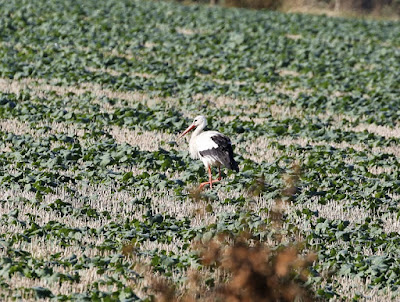 It was unringed and the leg & bill colouration looked quite strong (normally faded in captive birds , in my experience anyway!?) the wing feathers did not look damaged , however it will alas go down in my note book as origin unknown.

Some Great Birds seen in Kent in August 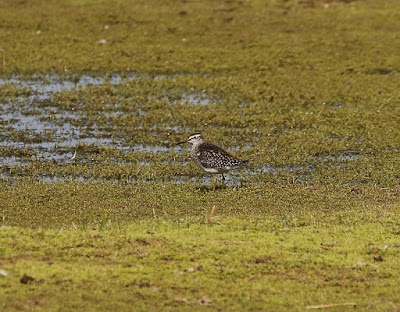 August has been a busy birdwatching month for me , after my Pelagic trip in early August most of my recent birding has been at local sites , on the 19th August i called into Restharrow Scrape and had some decent views of  Wood Sandpiper. 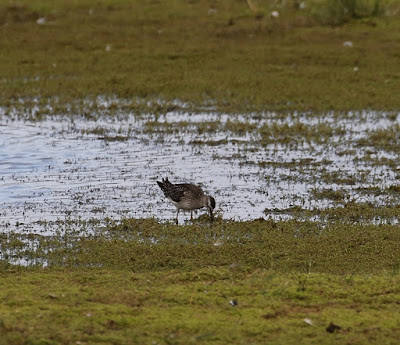 Wood Sandpiper are one of my favourite waders and i really enjoyed great scope views of this bird , also present were 2 Green Sandpipers & 2 Garganey in eclipse plumage. 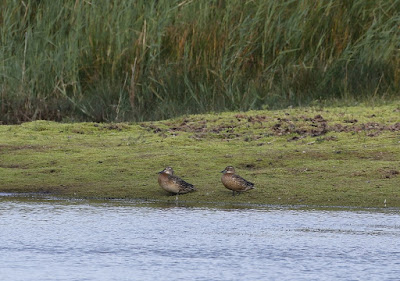 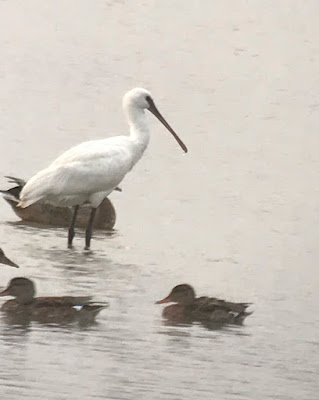 I had a couple of visits to Grove Ferry in August , on the 22nd an early morning visit proved a good choice as i saw the Spotted Crake from the viewing ramp , to distant for a photo but i had good views through the scope.

There was also an immature Spoonbill present plus 2 Garganey were also seen, on the 30th i paid another visit in the hope of seeing a Whinchat , after getting some info from Martyn Wilson (many thanks) i was soon looking at 5 Whinchats . 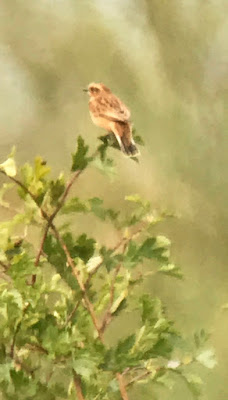 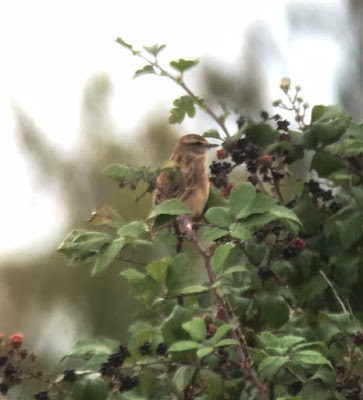 I then called into the David Feast hide n the hope of seeing the Kingfisher's that have been putting on a show of late and i was not disappointed. 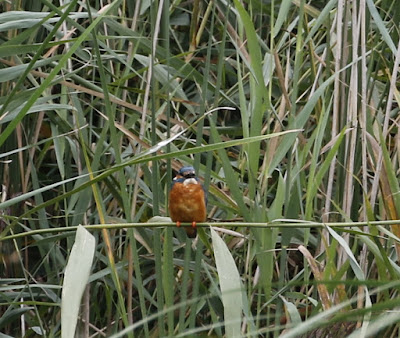 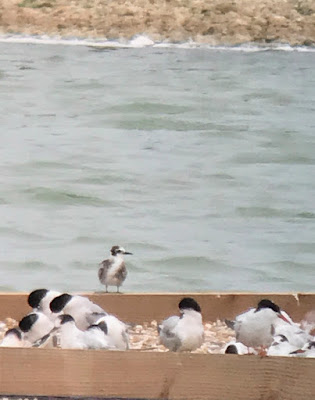 An American Black Tern was expertly found on the 21st by Stephen Message on Burrows pit , and news broke that it was still present on the 22nd , so on my way back from Grove Ferry i headed straight there , it took some finding as there were 20+ Black Terns also present and not having any experience with American Black Tern before it took me awhile to find it.

However once i got my eye in i was able to pick it out pretty much every time thankfully.

American Black Tern is a sub species of Black Tern and is the first one ever recorded in Kent. 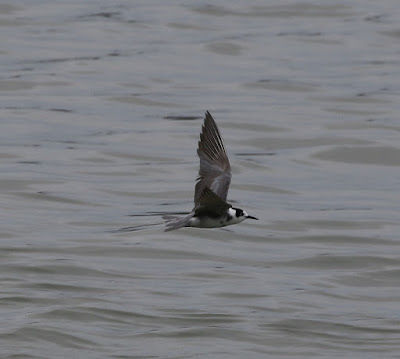 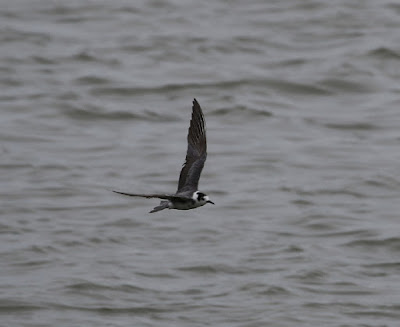 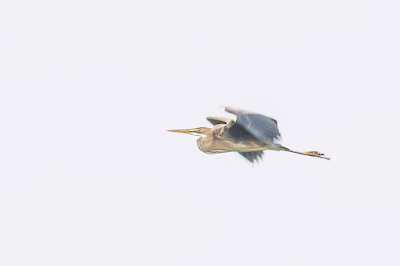 On the 31st August i received a phone call from Chidders informing me that Geoff Burton had just found a Purple Heron at Swalecliffe , so i dropped everything and headed straight there, on arrival i could Geoff & Ted looking out towards the Brook.

I was soon informed that the Purple Heron had dropped down into the Brook and had not been seen since , then Julian & Alex Perry arrived , we were all chatting when Geoff picked up the Purple Heron flying towards us , it then headed of west and sadly not seen again.

Great find by Geoff Burton who informed me  it's a 1st record for Swalecliffe, many thanks to Chidders for the tip off and to Alex Perry for the use of his great photo.