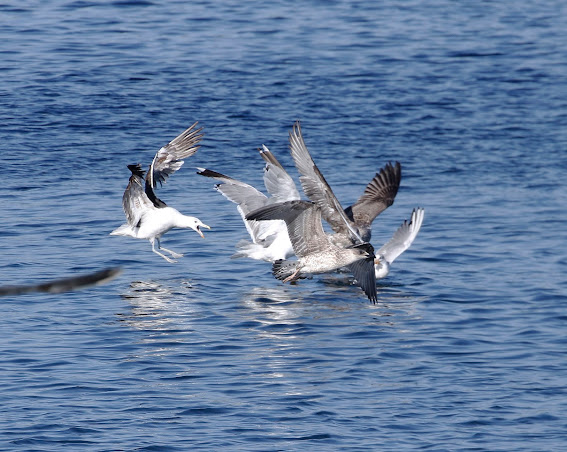 Cape Gull feeding with Gull's.
On Sunday 7th August bird news broke that there was a Cape Gull showing well at Grafham Water in Cambridgeshire !!!!
The Cape Gull (Larus dominicanus Vetula) has never been seen in Britain before and therefore unsurprisingly would be a 1st for Britain.
Arrangements were quickly put into place to head up to Grafham Water on Monday morning , we arrived at 8am and quickly made our way around to the Dam and thankfully had great views of the Cape Gull.
Here are a selection of many photos taken of the superb Cape Gull. 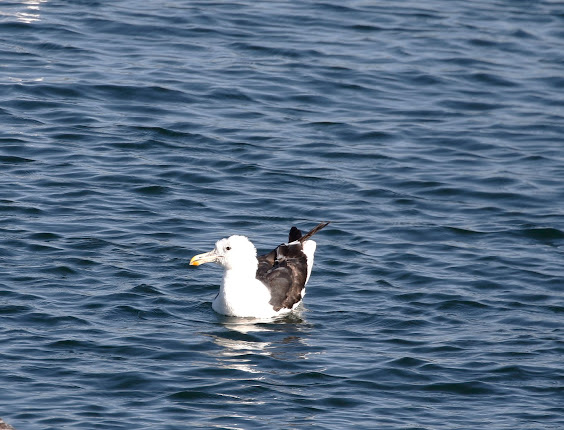 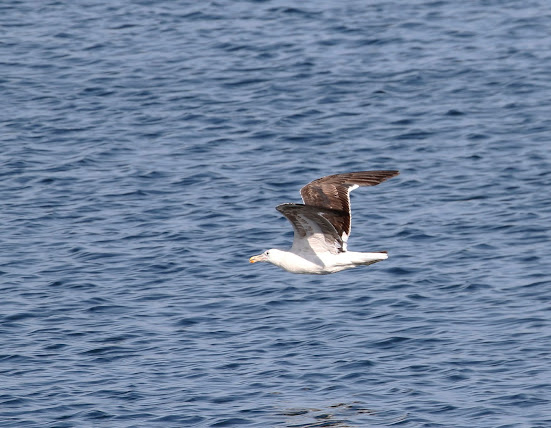 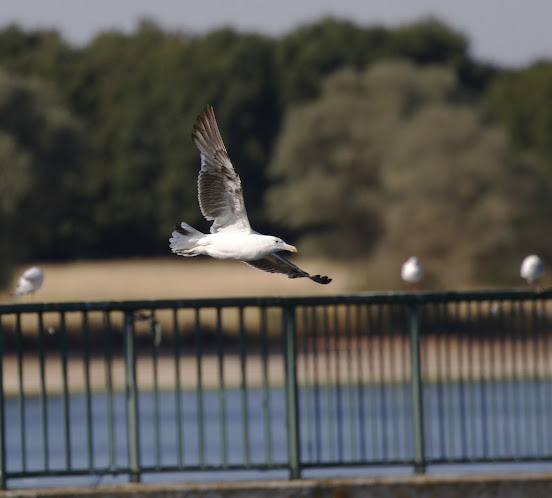 Cape Gull.
Really enjoyed watching the Cape Gull which was somewhere in between LBBG & GBBG in size, it had no 'mirrors' on the primaries , quite long legged (similar to Caspian Gull) which were a blue /  greyish colour , it had a really huge bill and small black eyes.
This bird has been aged as a 2nd summer. 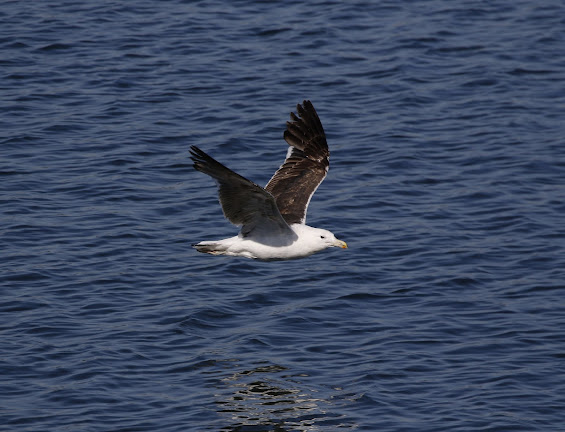 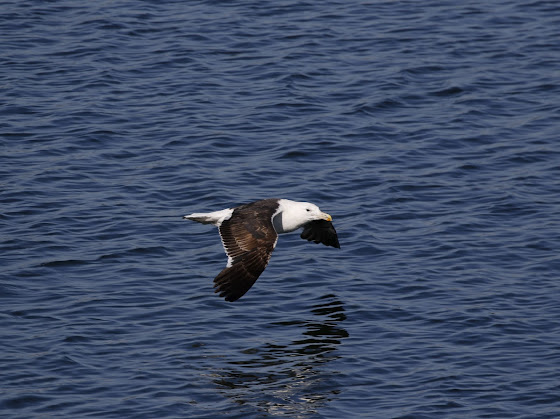 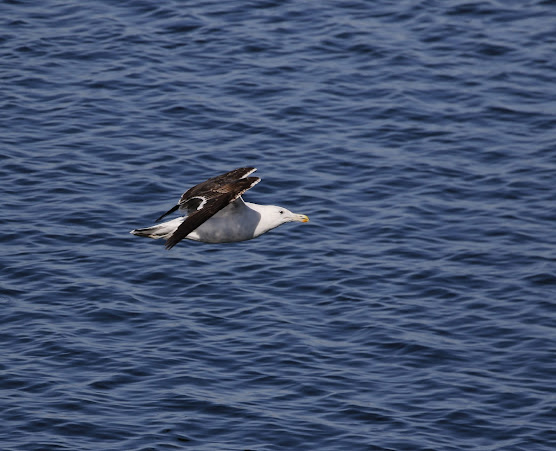 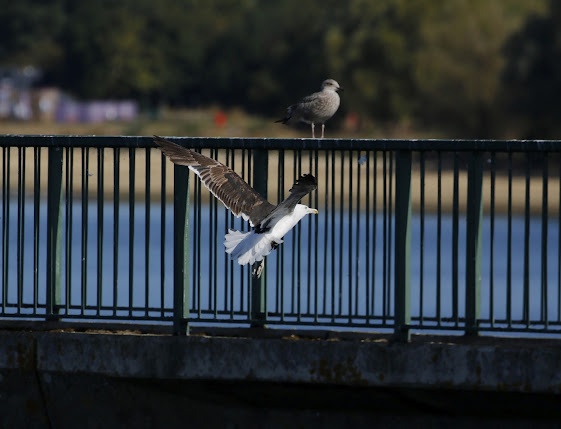 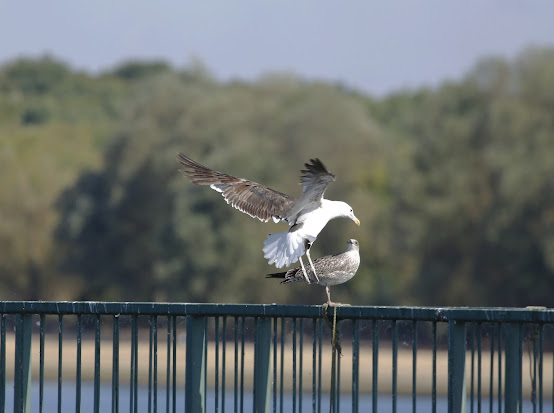 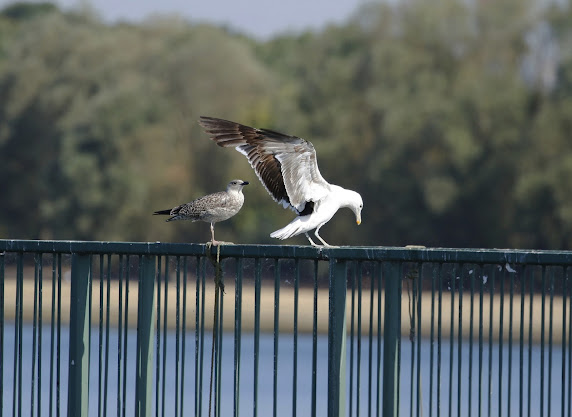 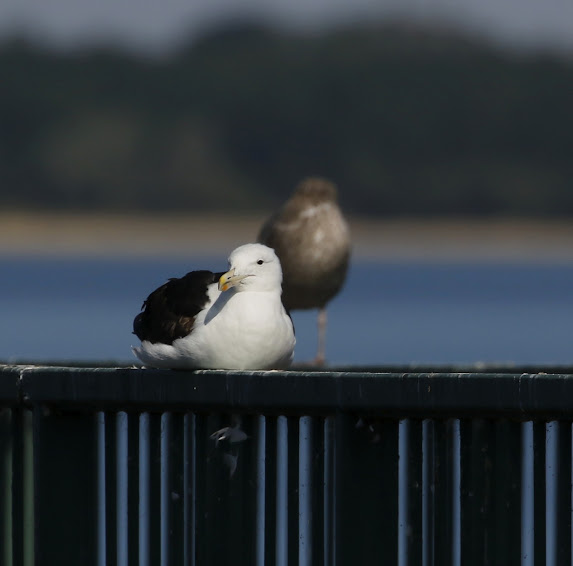 Cape Gull.
Other birds of note were several Yellow-legged Gulls and lots of Yellow Wagtails including a Channel Wagtail. 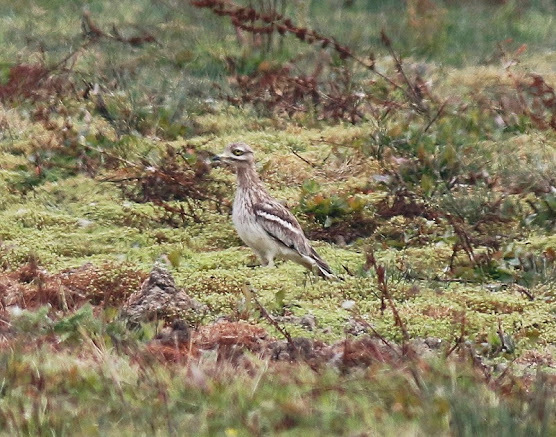 Stone Curlew at Dungeness in 2016.

A trip to Cliffe Rspb on the 16th July was rewarded with very distant views of  a Stone Curlew on Flamingo Pool, sadly i never managed any photos as the bird was to distant and the heat haze was awful.

However the Stone Curlew spent the whole time sitting down, the yellow bill with black tip & 'gull' like head was easily seen, it also did a couple of wing stretches , this is only my 3rd Stone Curlew in Kent.

Many thanks to Frank.C. for his info which was very helpful. 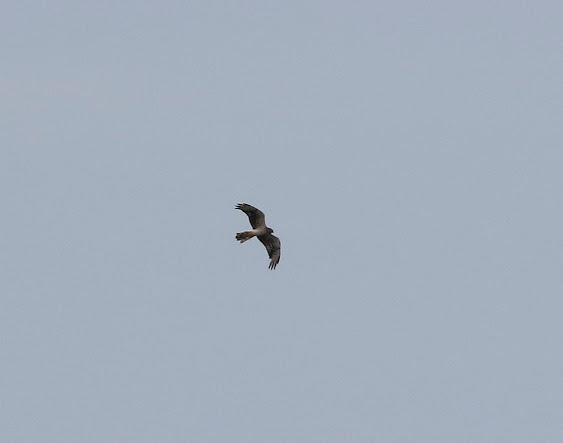 Montagu's Harrier.
A morning walk around the East flood on the 23rd July to try and see the recently reported Curlew Sandpiper was very successful with great views of 2 adult birds.
There are lot's of waders coming into roost and feed on the East flood during high tide and the KWT to their credit are managing the water levels well this year. 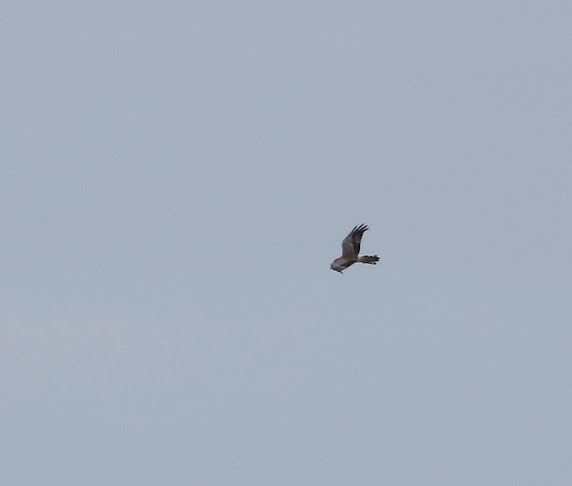 Four primary feathers & small white rump.
The highlight of the walk however was very well picked out by AE as we were walking back past the Seawatch hide and half way along the seawall.
All the birds on the East Flood got up in a right old panic !!, AE said ' i have got a Harrier ' and quickly identified it as a male Montagu's Harrier !!! 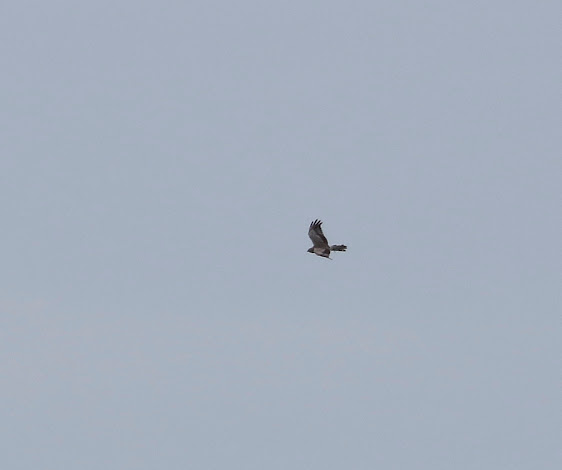 Montagu's Harrier.
I quickly phoned RR and the rest of the gang to inform them as they were all near Dan's Dock, sadly they could not get onto it.
We eventually caught up with RR & the gang and with the help of SC we aged the Montagu's Harrier as a 2nd summer male bird, another great find by AE. 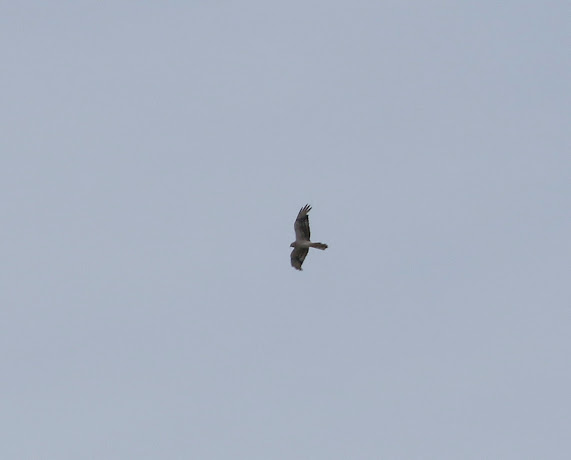 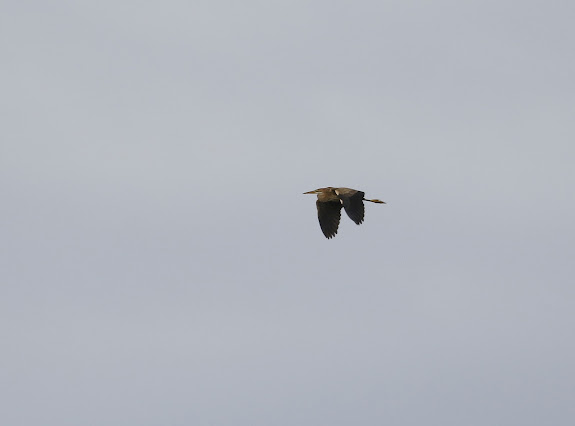 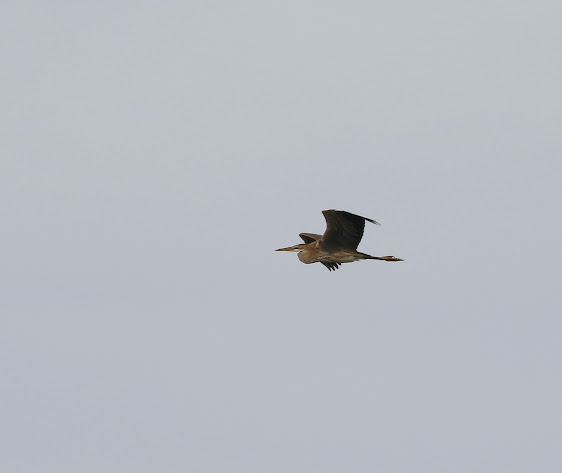 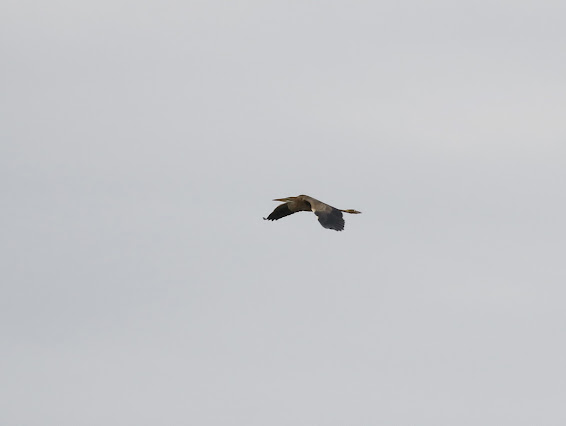 We also saw plenty of Green & Common Sandpipers around the reserve plus lot's of Little Egrets on the main lake. 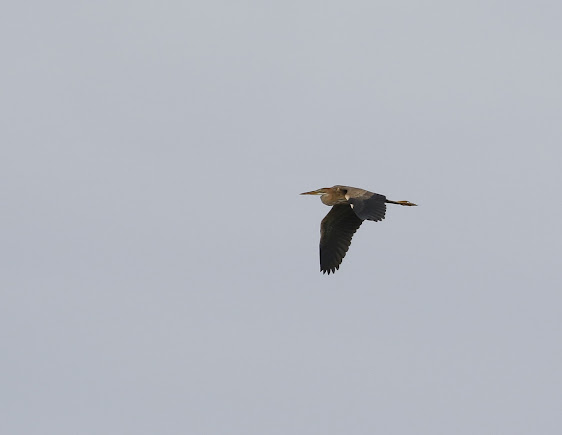 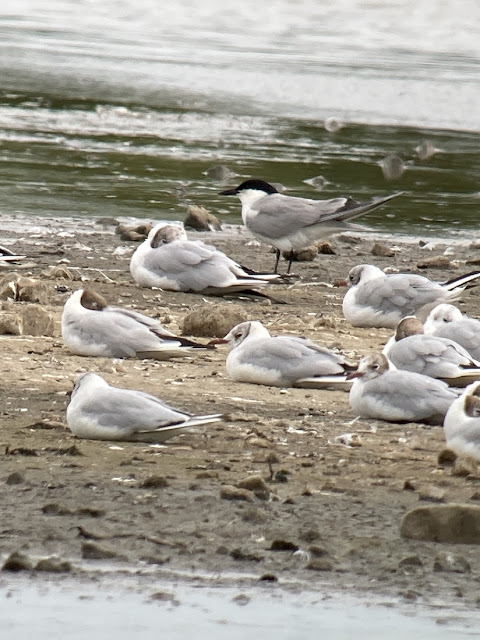 Gull-billed Tern.
After a very enjoyable morning at Stodmarsh we headed to Oare Marshes for the afternoon's high tide.
A scan through the waders produced 2+adult Curlew Sandpipers & 2 Turnstone in superb plumage.
The Bonaparte's Gull was roosting among the Black headed Gulls, a quick coffee break back at the car was most pleasant, as we were having our drink break  AE saw a Hobby put everything up on the East flood.
We decided to go back and have another scan through the 1000's of waders on the flood and more or less the first bird i saw was a stonking adult GULL-BILLED TERN !!!!!
I quickly got AE on to it and then called over some nearby birders who hadn't noticed it, we quickly put the news out as the Gull-billed Tern seemed to be roosting, however after about 15 to 20 mins it flew from the East Flood towards the Swale. 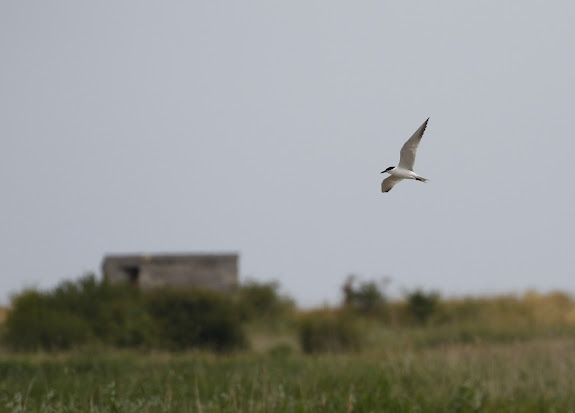 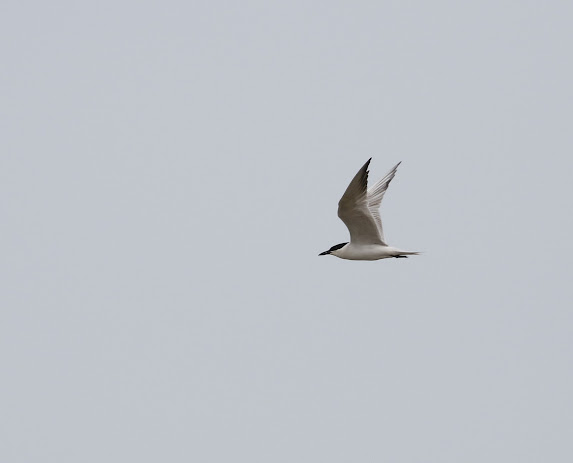 Black bill & short tail.
The Gull-billed Tern reappeared back on the flood after about an hour or so, thankfully quite a few birders managed to see it this time. 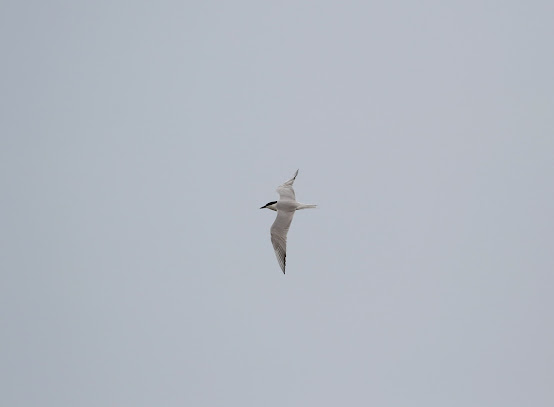 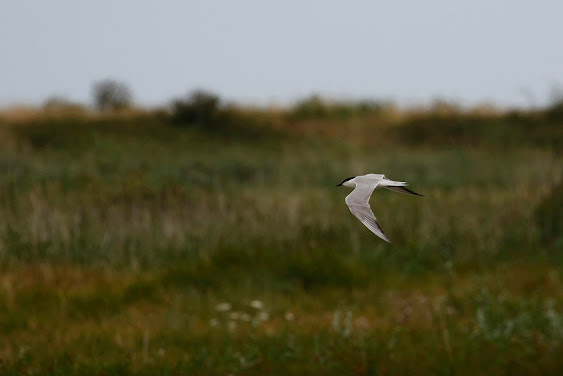