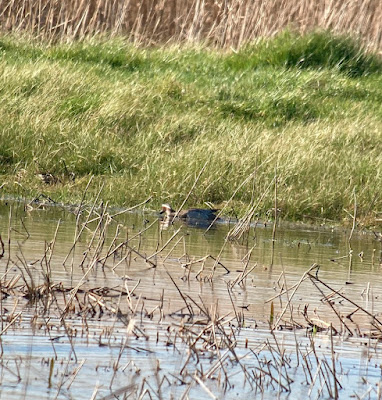 ♂ Garganey
After an early morning walk at Reculver which didn't produce anything out of the ordinary the plan was to head to Oare Marshes , news of a drake Garganey on the West flood came through whislt we were on route.
Once again a walk out to the West flood was successful , the Garganey showed well but was obscured alot of the time as it swam through the reeds, this was a most welcome year tick.
Stodmarsh & Grove Ferry
There was also news of several Garganey being seen in the Stour Valley so that was the next location !!
A walk around to the Reedbed Hide soon produced superb views of both male & female Garganey. 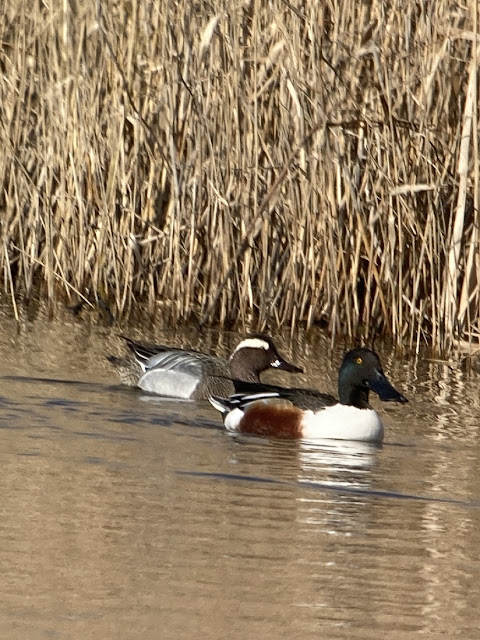 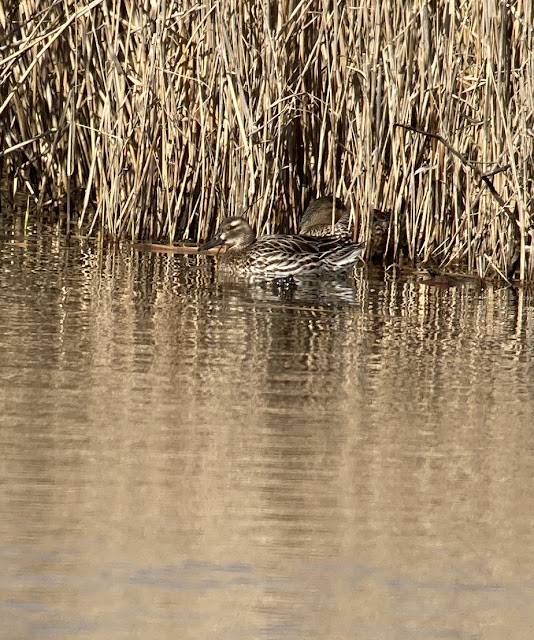 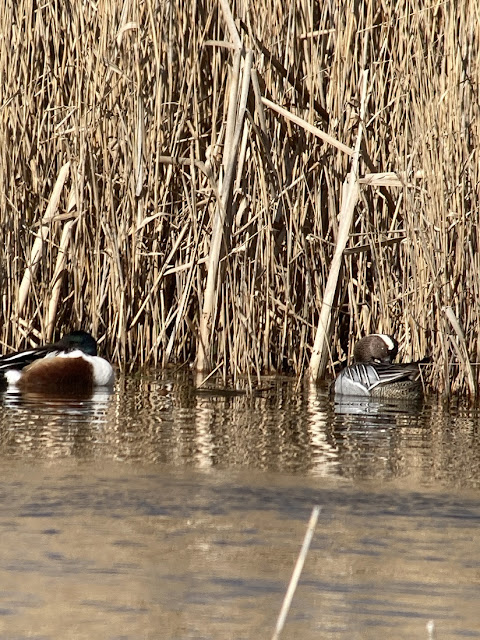 ♂ Garganey having a preen. 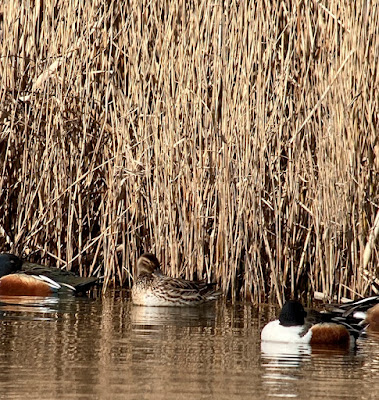 ♀ Garganey having a preen. 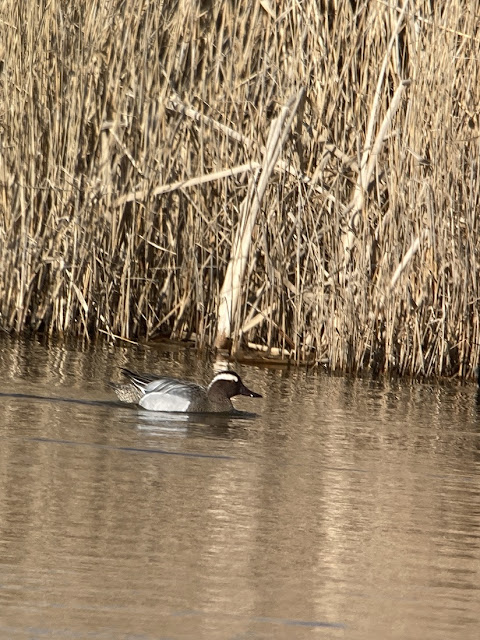 Garganey.
I think Garganey are really stunning birds and always make me feel spring is not to far away.
A  visit to Grove Ferry was rewarded with a Ruff from the ramp  and a fly over Water Pipit near the David Feast hide, good to see Martyn .W. who kindly pointed out the Ruff. 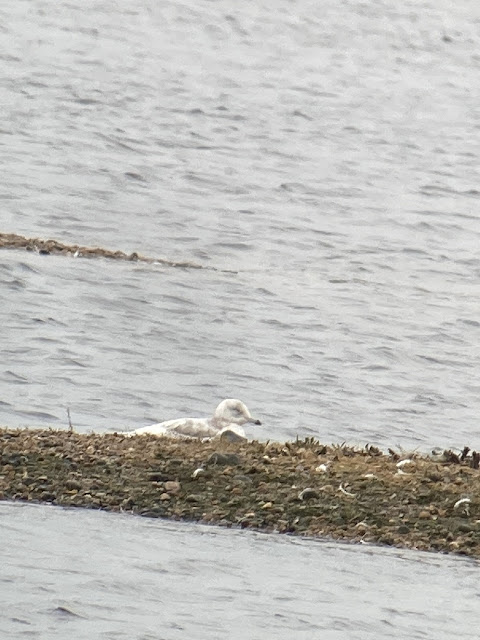 Iceland Gull.
A trip to Rye Harbour on Saturday was eventually very successful, our target birds were Iceland Gull & Green-winged Teal.
We made our way to the Gooders hide  which already had some birders set up looking for the Green-winged Teal  but there was no sign so far.
We had a really good scan seeing lot's of Golden Plover, Dunlin, Ringed Plover & Grey Plover, there were plenty of Gull's and various ducks however neither of our target birds could be seen.
Eventually other birders turned up and the noise levels got quite noisy in the hide and also quite crowded so we decided to have a walk .
We bumped into BW & JH further along the path who kindly pointed out the Iceland Gull (Thanks guys ,it's great when birders share info with each other !!).
We also saw a Sandwich Tern which was a nice surprise, the Iceland Gull remained just behind an island partially obscured the whole time we viewed it. 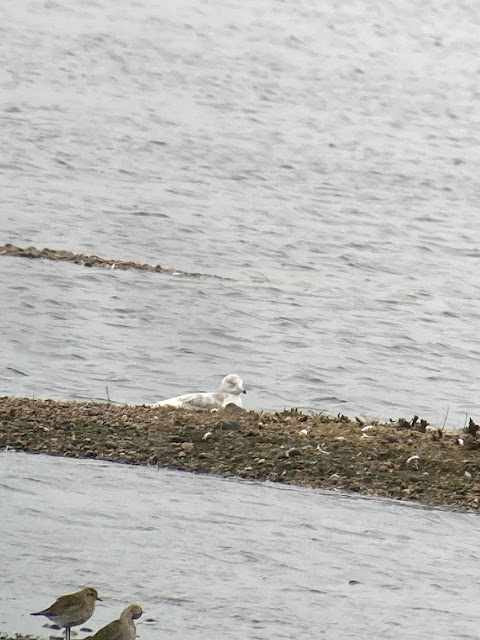 Iceland Gull & Golden Plover.
With no sign of the GWT we decided to have a walk around the reserve to check different areas without any luck, as we were heading towards another hide we were kindly informed the GWT was now showing from the Discovery centre, we soon made our way around there and eventually enjoyed good scope views of the Green-winged Teal. 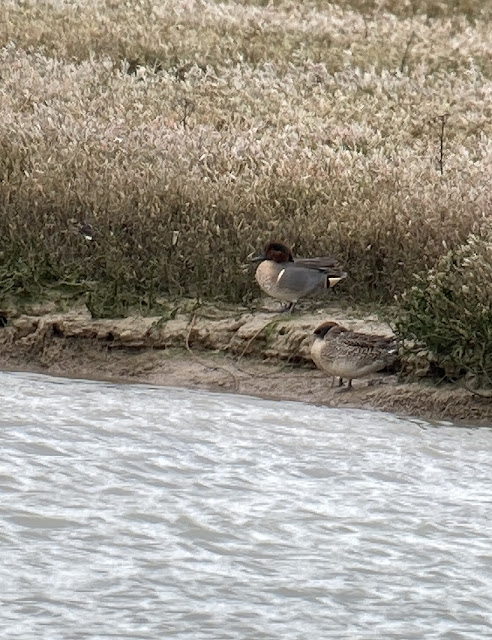 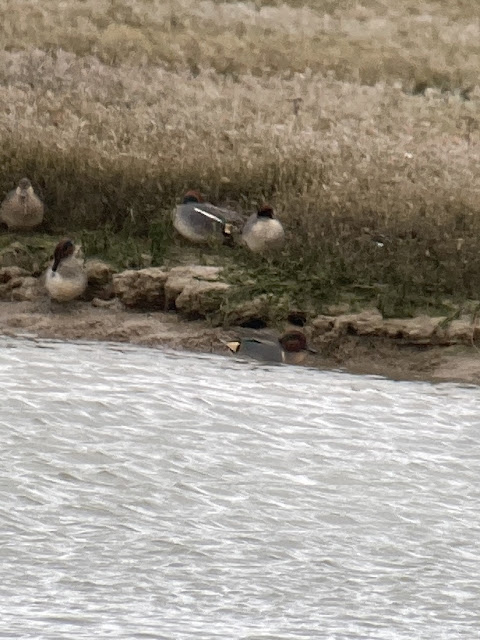 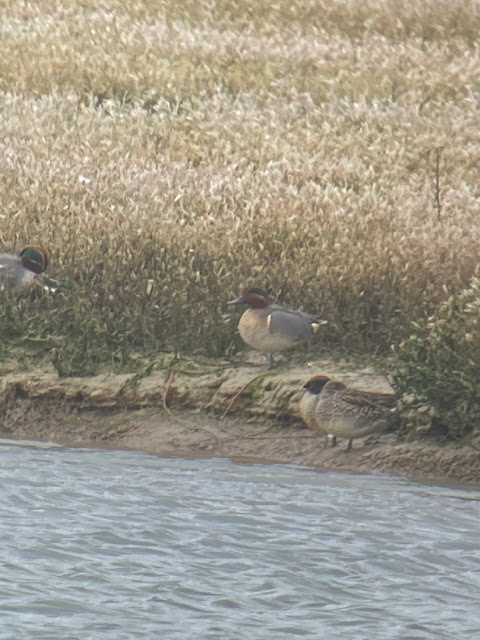 Green-winged Teal.
From Rye we had a quick look in at Pett Level and added 2 Great White Egrets, 25+ White Fronted Geese & several Med Gulls. On the sea there were 5+ Red throated Divers, 25+ Common Scoter and some distant Gannets.
On the way to Dungeness Rspb we saw 4 Cattle Egrets and on the reserve the highlights were a male Brambling by the feeding station and 3 male & 4 female Goldeneye on Burrowes.
Oare Marshes
When we were leaving Pett Level news reached us that there was a Green-winged Teal on the West flood at Oare Marshes (great find by CG).
So after we had finished at Dungeness we headed to Oare Marshes , however by the time we got there the GWT had done a bunk , we had a good scan and enjoyed seeing plenty Common Snipe & Redshank roosting out on the West flood, there was plenty of Pintail, Teal & Gadwall however the weather had changed and most ducks were sleeping & sheltering out of the wind.
The highlight was a 1st winter White fronted Goose close to the seawall , normally you only get fly overs here or distant views of the birds on the Sheppy side of the Swale. 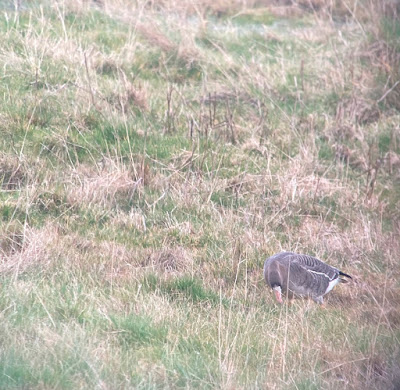 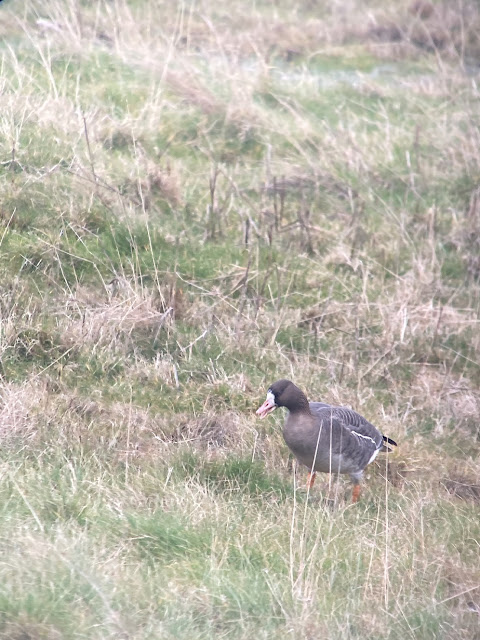 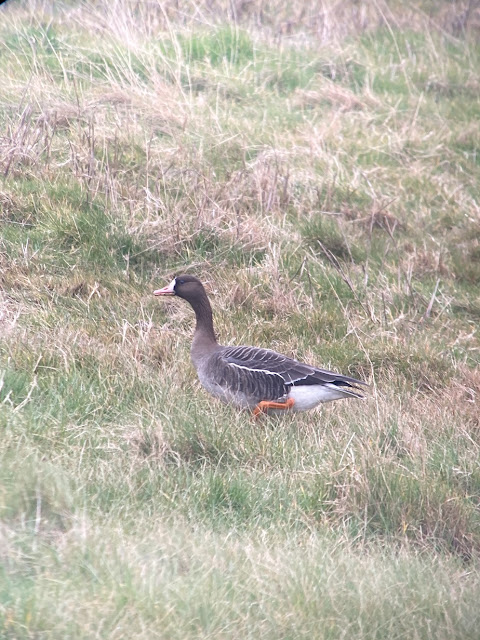