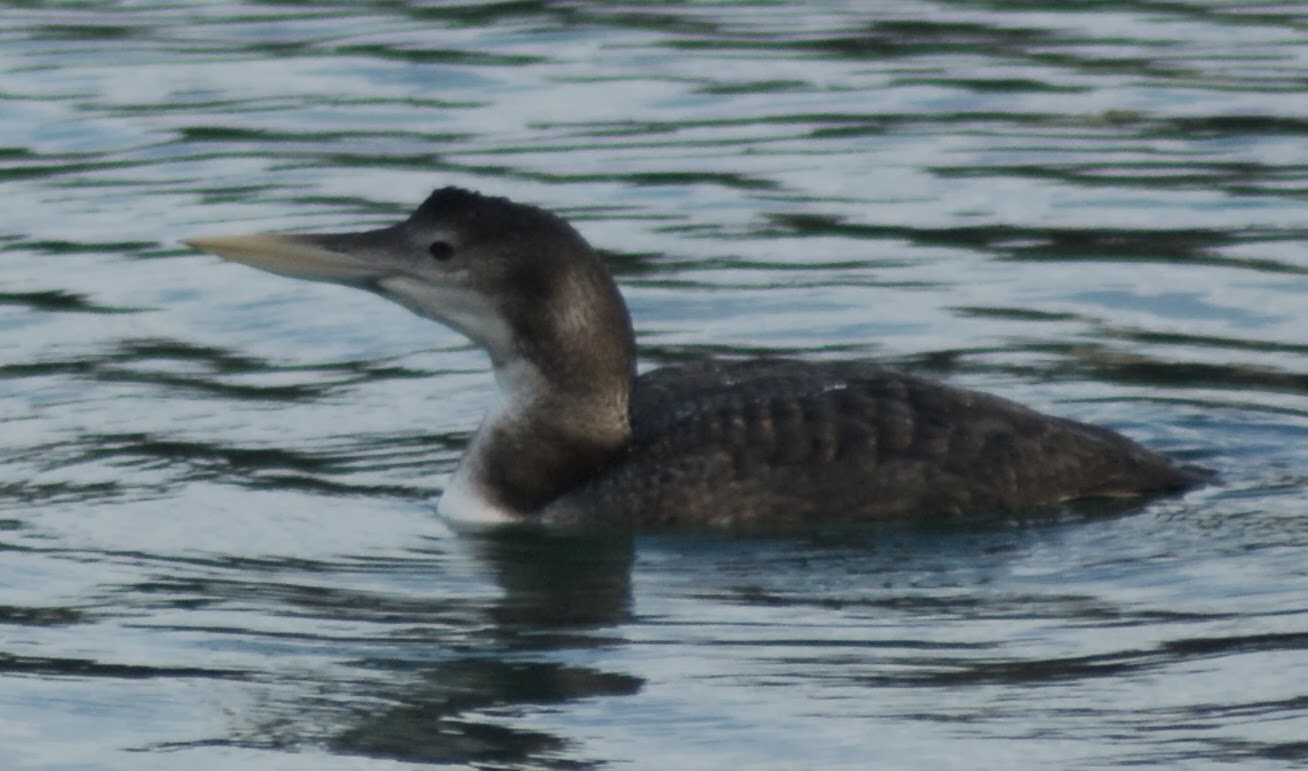 This weeks Mystery Bird proved to be quite tricky however there were a few correct answers which was White Billed Diver that i saw at the end of last year in Devon , so a very big well done to all the correct entries: Ellis Lucas , Rona Ballantyne ,  Ben M , Matthew B , Scott Haughie & Mark Lewis  .

Unlucky to those with the wrong answer , a really great try . Here is this Weeks " Mystery Bird " : 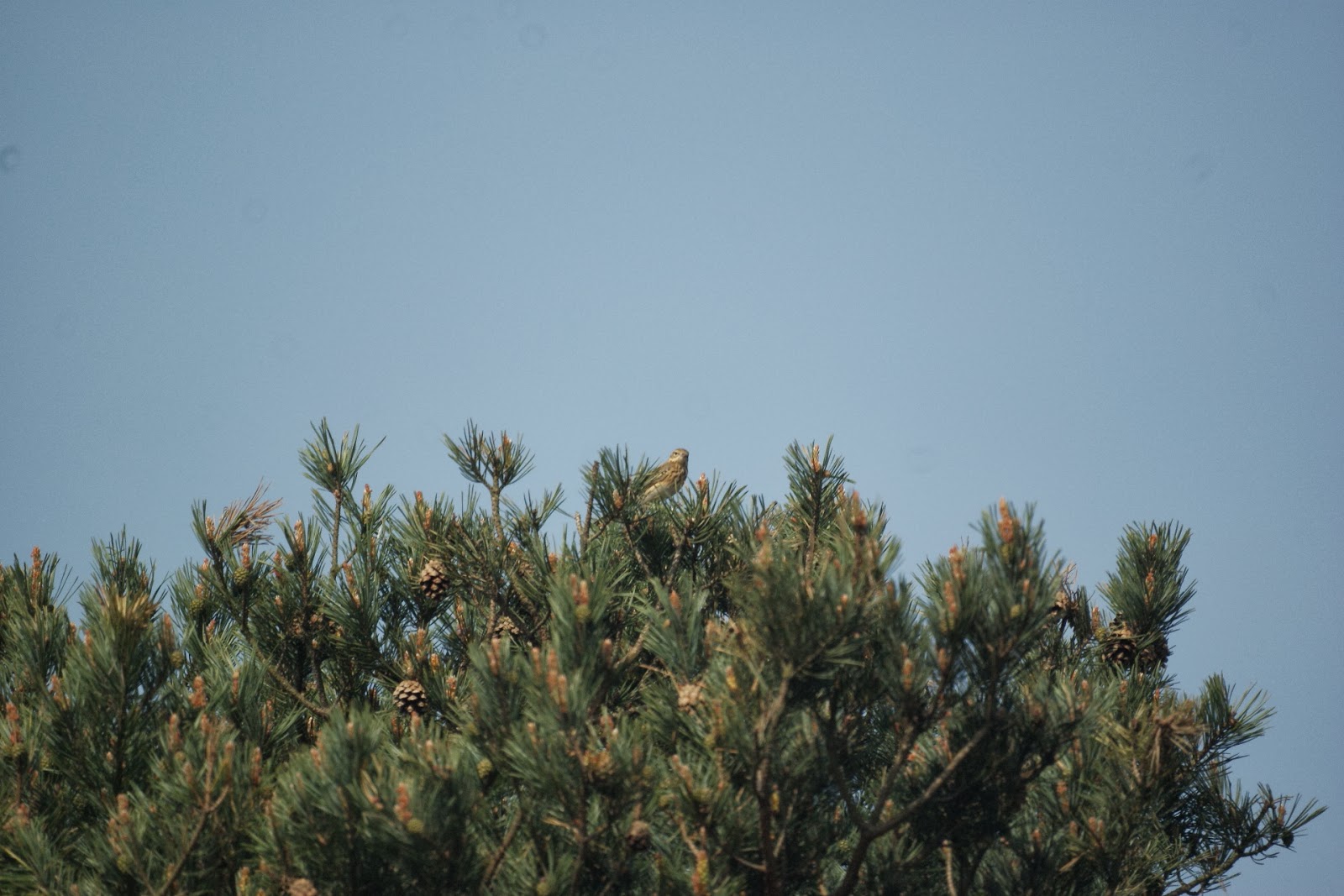 All you need to do is leave your answer in the comments or DM on twitter and i will reveal the correct answer and entries next weekend , good luck and thanks for having ago . I have had a fantastic response to last weeks quiz and would like to thank everyone who has taken part .

Last weeks " Mystery Bird " was indeed a male Ring Ouzel which i saw in 2012 on a trip to Portland Bill in Dorset , a very big well done to everyone who got the correct answer and they are : Ellis L , Mark L, Ben M, Logan J , Matthew B , Martyn Wilson , Chidders , Steve Ashton , Mark Lewis , and Mike. H.

Unlucky to those with the wrong answer , better luck next time.

Here is this weeks " Mystery Bird " , all you need to do is leave your answer in the comments and i will reveal the correct answer and entries next Saturday , good luck to you all . 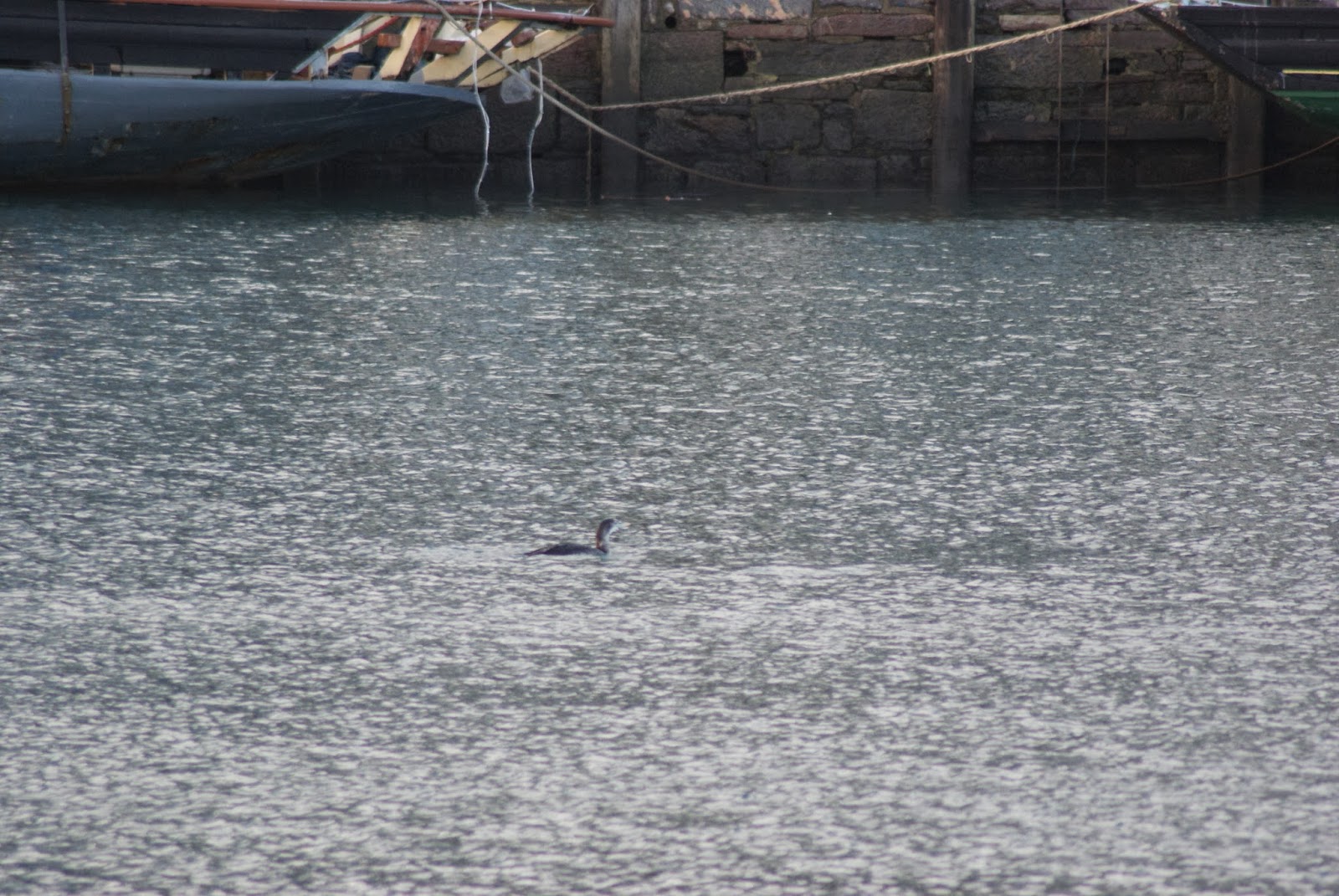 Finally i would just like to thank everyone for their get well wishes after my recent heart attack , i am on the mend and looking forward to getting out birding soon .

Hi everyone , so just when you thought it was safe to check out my blog again  the " Just a bit of Fun Quiz " is back  lol . So here is the first Mystery bird of the new year . 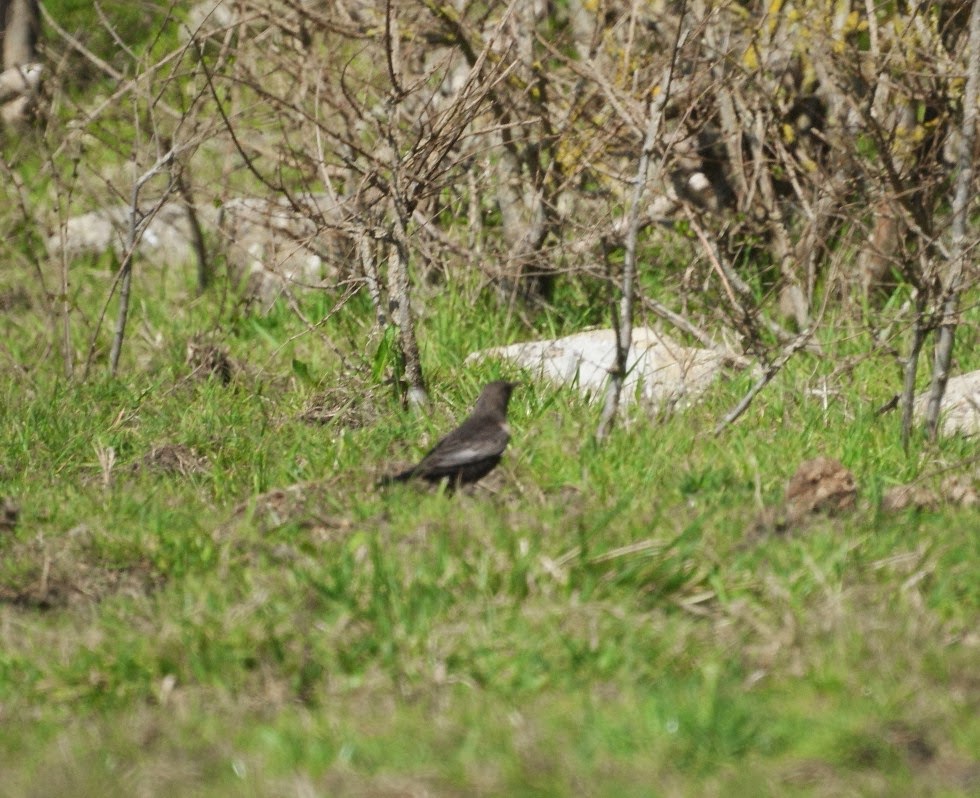 All you need to do is leave your answer in the comments and i will reveal the correct entries and answer next Saturday , you can have as many guesses as you like , ok good luck everyone.
Posted by Robs Birding at 09:23 7 comments:

Once again its that time of the year when i take a look back over the past 12 months and reflect  on what has been another really great years birding , meeting up with old friends and meeting many new ones , i have been lucky enough to have gone on many great trips this year and have managed to reach a year list of 237 and i have seen 9 Lifers , Here is a review of 2013 and i have added a photo of my bird of the month. Plus i have added my Top 5 birds of the Year .

I always try to reach 100 species by the end of January and i managed 104 this year , many highlights this month including a flock of 7 Common Cranes , which consisted of 4 ads and 3 juvs on the Ilse of Sheppy , these birds were always distant but good scope views were obtained , Merlin , Bewicks Swan and a single Pink Footed Goose were also present.

I added several new birds to my Oare marsh patch list including both Slavonian Grebe &  2 Scaup which are not always the easiest birds to connect with in Kent ( for me anyway ).

However my bird of the month goes to a flock of 5 Great White Egrets at Dungeness , this is the most i have seen together in the UK.

I added 10 new birds to my year list this month , a Long Eared Owl was a very pleasant surprise flying across the M25 early on the morning of the 7th which was also followed by a Barn Owl a bit further around , 15 Water Pipits on the 18th at Stodmarsh was also great to see , however my bird of the month was easy to choose and that goes to a quite stunning Penduline Tit which i saw on 2 dates , 9th and 18th at Stodmarsh. 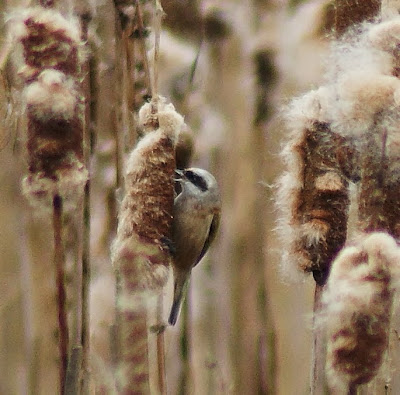 28 year ticks this month including my first Lifer of the year and possibly my furthest twitch , lots of great birds seen including a trip to the Western Islands where i saw a quite stunning male HARLEQUIN DUCK a bird i had always wanted to see , other birds seen included White Tailed Eagle , Glaucous Gull , Black Guillemot and 7 Hen Harriers , on the 24th at Oare Marshes i saw 3 ad winter Little Gulls which are one of my fav gulls , a female Bluethroat was a welcome addition on the 29th and a day trip in Hampshire on the 30th produced 3 Goshawk , 2 Hawfinch and 2 Dartford Warblers ,If you have not guessed it already my bird of the month is : HARLEQUIN DUCK. 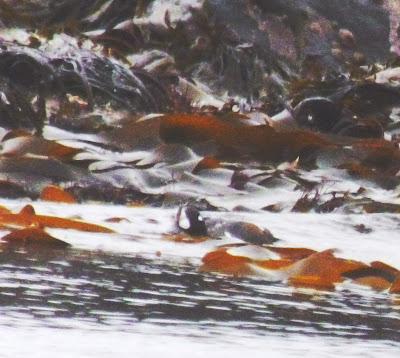 I added 14 more year ticks this month , 3 summer plumage Water pipits at Stodmarsh were a joy to see , a visit to Dungeness produced 2 female Smew , 5 Tundra Bean Geese, Great White Egret and Bittern , a few spring migrants were becoming evident such as , Wheatear , Sedge Warbler and Sandwich Tern , However this months bird of the month award goes to the superb adult summer plumage Kentish Plover seen at Rye Harbour early in the month on the 1st. 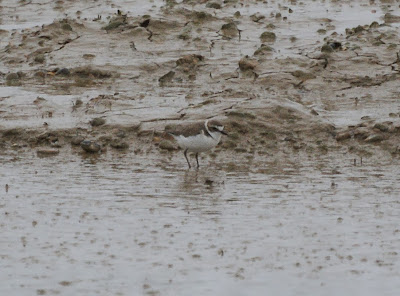 May is one of the prime months of the year for top birds to turn up , and i was lucky enough to see a few decent birds this month , a Cattle Egret at Grove Ferry on the 6th was great bird to see , 15 Hobby and a male Garganey were also present , a fantastic trip to the Ilse of Mull mid month produced many great birds including , 15 summer plumage Black Guillemots , 100+ Arctic Terns and a Wood Warbler, the 19th produced a female Montagu's Harrier at Reculver , the 25th at Oare saw me adding a 1st summer Bonapartes Gull to my patch list , however my highlight of the month was seen  on Mull when i added my 2nd lifer of the month on Iona seeing 2 CORNCRAKES and hearing at least 10 more birds around the island. 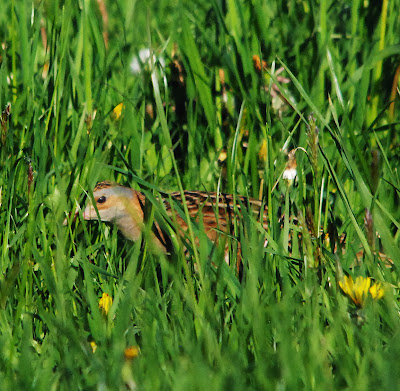 I only added 5 more birds to my year list this month, i had better views of the Oare Marsh Bonapartes Gull a Little Tern also put in a brief appearance at the same site , the 9th produced a Black Kite only 15 mins from my home at Brenchly corner which was a really smart bird to see , 2 summer plumage Ruff at Oare was a treat on the 29th , my highlight of the month was without doubt a PACIFIC SWIFT at Trimley Marshes in Suffolk on the 16th. 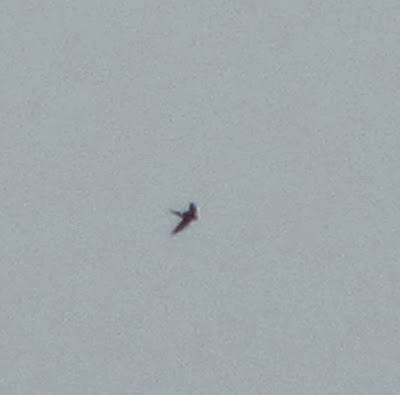 Although i only went out a couple of times this month i still added 9 year ticks , starting with 60+ Common Scoter and an adult male Black Redstart at Dungeness on the 14th , i also saw a really lovely looking Roseate Tern with pink flush at Rye on the same date , a trip to Norfolk on the 27th was superb with a huge count of 17 Spoonbills in one flock at Titchwell rspb reserve , also at the same site were 20+ Spotted Redshanks and 3 Arctic Skuas, however my bird of the month goes to the adult summer Roseate Tern at Rye Harbour. 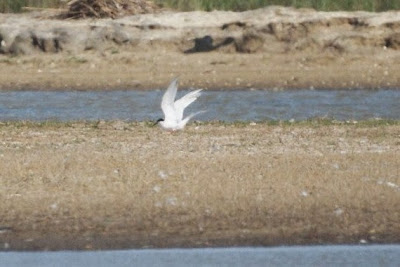 11 year ticks added this month with many top quality birds seen , Oare was a live with waders including a Temminck's Stint on the 11th , on the 17th i headed to Yorkshire and was rewarded with excellent views of 1 male and 3 juv Two-Barred Crossbills which were in with a flock of approx: 50 Common Crossbill ,on the 19th i had my best ever views of a Pectoral Sandpiper at Reculver . 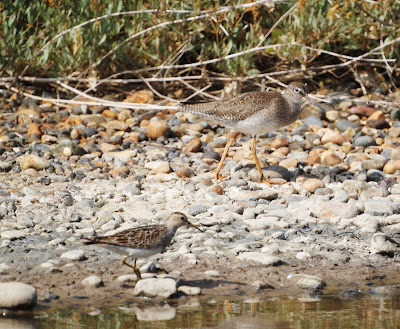 Pectoral Sandpiper with a Redshank at Reculver.

3 more year ticks were added at Dungeness with Common Redstart , Egyptain Geese and 2 Pied Flycatchers being seen . Fantastic views of a Greenish Warbler in Norfolk on the 25th were a real bonus and on the 26th i had a distant view of a juv Spotted Crake at Grove Ferry .

My bird of the month goes to the Greenish Warbler in Norfolk as this is only the 2nd one i have seen . 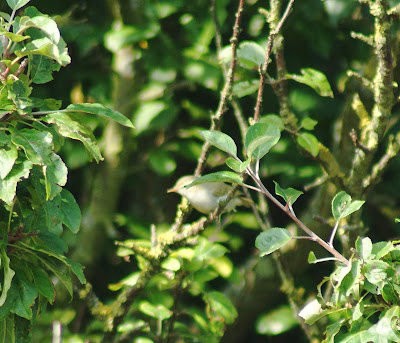 I only added 6 year ticks this month , however once again it was quality rather than quantity. On the 10th i got my best ever views of a Semipalmated Sandpiper at Dungeness . 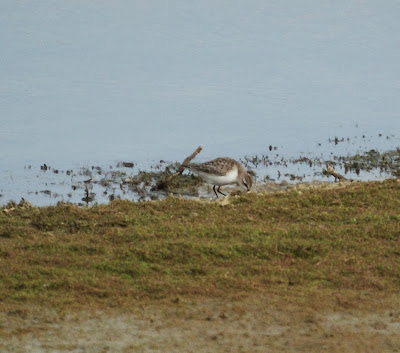 On the 29th i saw had distant views of a Lesser Yellowlegs at Cliffe and i had brief views of a Red Breasted Flycatcher at Reculver, However my bird of the month goes to the Spotted Crake at Oare Marshes. 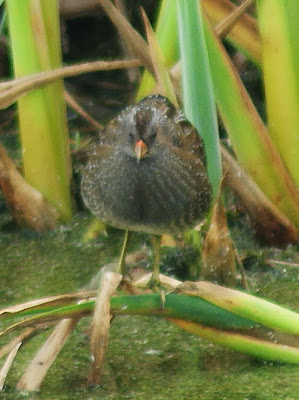 This is normally my most successful month of the year and this year was an exceptional month with an incredible 3 Lifers amongst 16 year ticks , the month started of with a Lesser Grey Shrike on the 6th on Sheppy and although distant great scope views obtained , a well hidden Jack Snipe on Restharrow scrape on the same date was good to see too , my first lifer of the Month was a SEMIPALMATED PLOVER on Hayling Island . 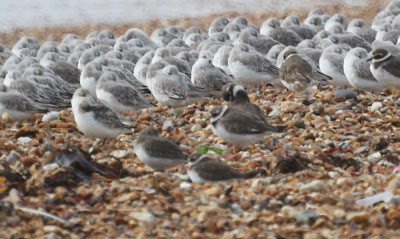 My next birding trip on the 22nd took me to Stodmarsh where i got really great views of a juv. Glossy Ibis . From the 26th October to the end of the month i was  on the Isles of Scilly where i had loads of special birds i.e ; Rose Coloured Starling , Subalpine Warbler , Red Breasted Flycatcher , Spotted Crake and 2 Pallas'sWarblers were among the many highlights of this trip , however i have saved the best to last , in an incredible spell when i added two stunning birds to my Life list , the first was at Porthgwarra in the form of a brilliant HERMIT THRUSH which showed exceptionally well , the second was a bird on my wants list since i started birding , a quite superb WHITE'S THRUSH on St.Agnes , and i have chosen both of these as my birds of the month ( as if there was any doubt lol ). 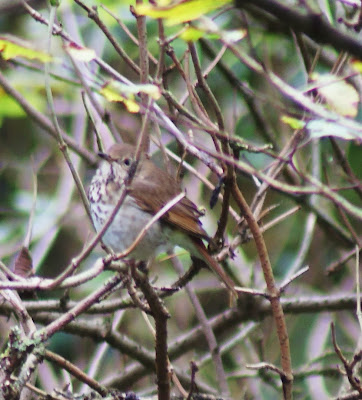 I only added 6 year ticks this month , the first was a very showy Snow Bunting at Goring on the 2nd . 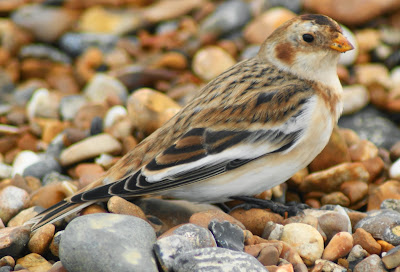 On Friday the 15th i headed to Pembrokeshire in Wales and had great views of a WESTERN ORPHEAN WARBLER which was my 8th Lifer of the year , this was a really smart looking warbler , i also saw 9 Lapland Buntings at Dale Airfield which was nearby ,  a trip to Oare on the the 23rd only rewarded me with some great views of some Pintail , my bird of the month was the Western Orphean Warbler seen in Wales. 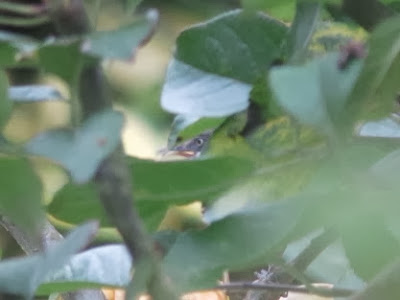 I always aim to reach 200 birds for the year and this year my end total was 237, which i am very happy to have reached , work commitments often get in the way in December but i had a couple of great trips this month , on the 1st i had fantastic views of a Water Rail at Oare swimming in front of me. 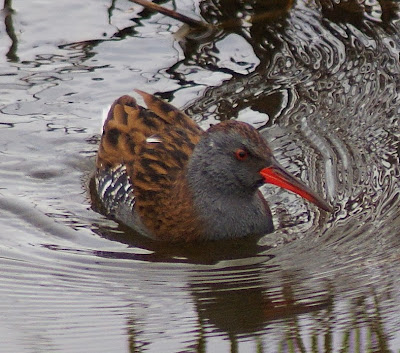 On the 7th i headed down to Lepe Country park in Hampshire and saw a Lesser Yellowlegs which once again was quite distant but gave good scope views , i also added on the same date in various locations in Hampshire , Black Necked Grebe , 2 Long Tailed Ducks , 2 Whopper Swans and 2 Short Eared Owls ,i also managed great views of the Gosport Ring Billed Gull.

On Friday the 27th i headed to Dorset to see the BRUNNICH'S GUILLEMOT which was my 9th and final lifer of the year , i also saw a quite stunning adult winter White Billed Diver in Brixham Harbour , and then finished the day with approx: 30 Cirl Buntings also in Devon , my  bird of the month although not a lifer was the White Billed Diver in Brixham Harbour. 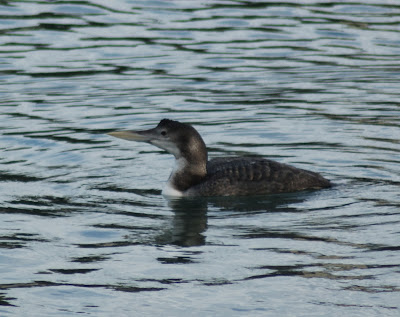