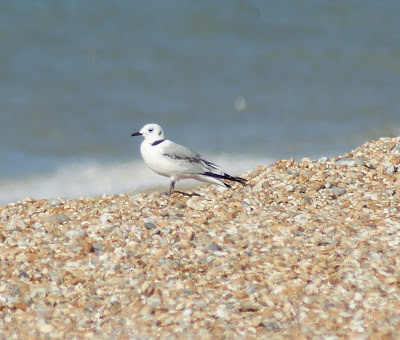 I headed to Dungeness today i started off at the beach and enjoyed close views of a Kittiwake , there was not much moving out at sea other than the usual Gannets and Comic Terns , i did see half a dozen Common Porpoise fairly close in which is always nice to see, i ventured down to the " Patch " which was rather quite with just a few terns mingling around how ever on closer inspection i was rewarded with 2 juv. Arctic Terns  which was a welcome year tick . From here i headed of to the RSPB reserve and had a walk around to Denge Marsh where i had distant views of the Great White Egret . 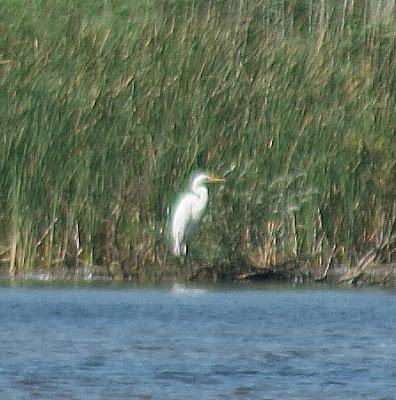 There were plenty of butterflies around mainly Meadow Brown , Gatekeeper , Red Admiral and Small Tortoiseshell , i manged a couple of photos. 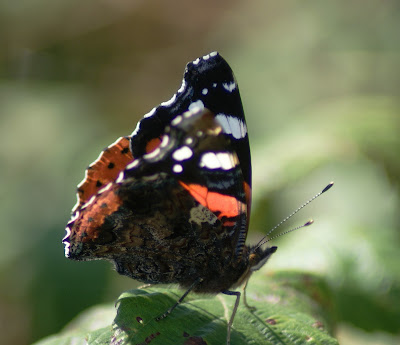 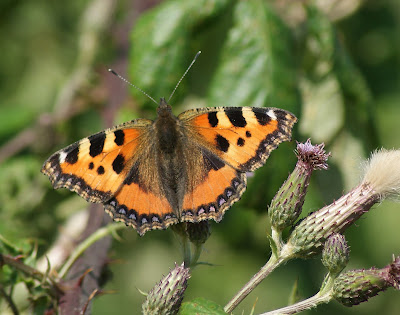 Small Heath and a single Small Skipper were also seen plus plenty of Common Darter and Blue Tailed Damselfly were seen , back on the birding front it was fairly quite with only a single Common Whitethroat and 3 Reed Warblers seen , from the hide i did add Common Terns plus several Little Egrets were around the reed edges . 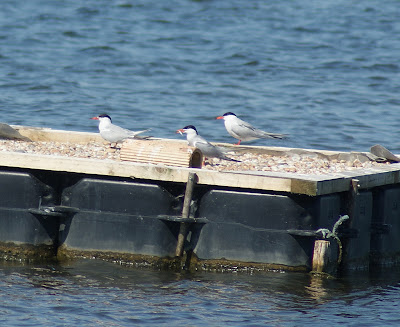 Common Terns with a Fish.

I decided to head over the road to Hanson Hide in the hope of connecting with Little Stint however i missed out this time , there were plenty of Golden Plover , Lapwing and at least 3 Common Sandpipers here , also of note there was a single Garganey amongst the Teal , i was about to leave when another birder picked out a Little Gull which was a year tick for me. 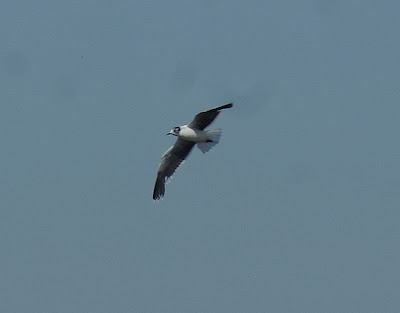 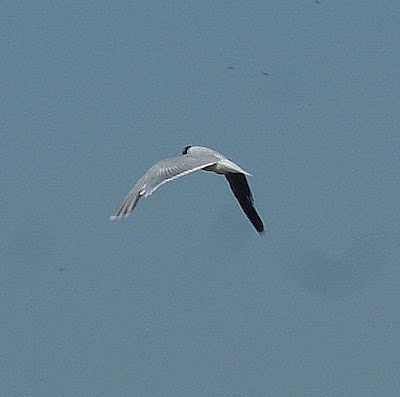 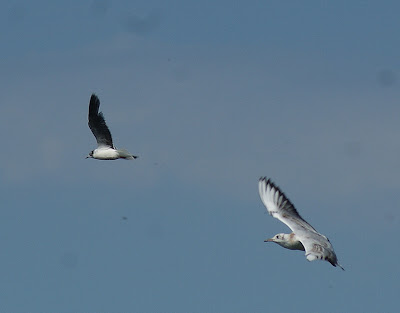 Note the size difference alongside the Black Headed Gull. 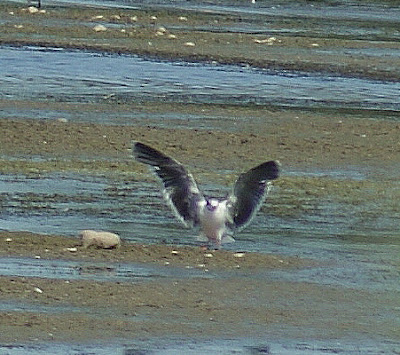 I left the Hanson hide very happy and i then  headed off to Oare Marshes for a quick look . 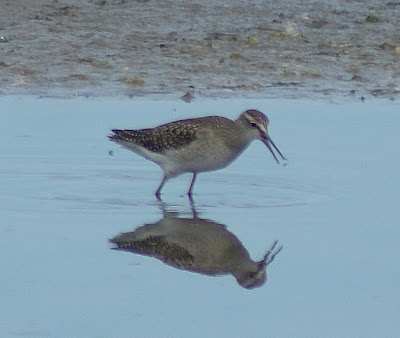 The East flood was over run with waders , hundreds of Golden Plover and there must of been getting on for 2000 Black Tailed Godwits , there were Avocets and Redshanks  everywhere , in with the Black Tailed Godwits i managed to see 3 smart looking Curlew Sandpipers although there were probably more, there was a scattering of Dunlin and Ruff and i also saw the two magnificent Wood Sandpipers again i also added 2 Common Sandpipers to my wader list here .

I spent a couple of enjoyable hours at Oare Marshes yesterday 11th August , i pulled into the lay by next to the East flood and was greeted with the above sight , quite stunning to see so many waders up close and personal , i would guess there was 1000 + Black Tailed Godwits spread right across the East flood , add that to 100+ Avocets , 200+ Redshanks plus lesser numbers of Ruff and a small flock of approx 20 Golden Plover and you get a feel of the spectacle unfolding in front of me . 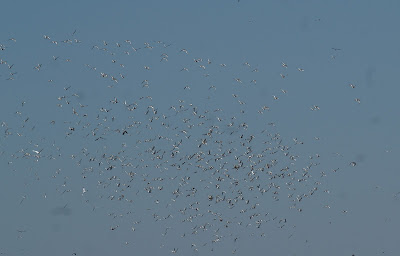 Glorious sunshine with quite a breeze made this a very pleasant visit , seeing the waders take to the air when they were spooked was amazing to see , once they had all settled again i started to scan through them just in case something had appeared which i had not seen earlier , then something caught my eye close in on the small island near the lay by , yes !!! it was one of the juv. Wood Sandpipers that i was hoping to see  and it was not long when i noticed the second Wood Sandpipers flying out of sight , i put these out on the pager and then the first bird i saw took off as well , typical ...lol . 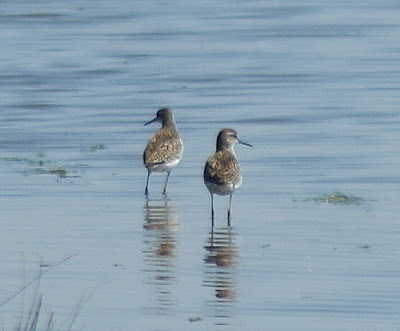 Luckily it was not long until one then the second bird both reappeared in more or less the same location . 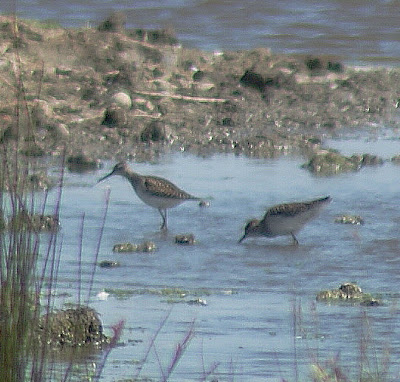 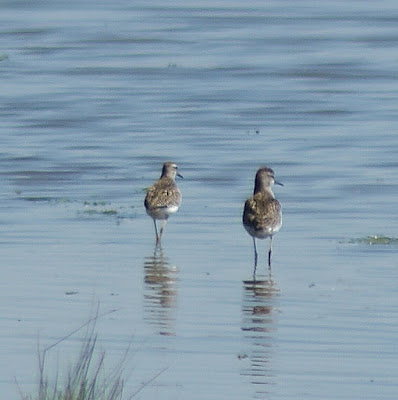 These are one of my favourite wading birds , they are so smart and elegant , i spent most of time here watching them , there were a couple of Yellow Wagtails around the reed edges plus a small party of Swallows and a single Sand Martin flew through , other birds of note were up to 5 Little Egrets , 2 Grey Herons , a very flighty flock of 50 + Lapwings , a single Common Gull and several Black Headed Gulls drifting around , on checking my records the 2 Wood Sandpipers were new for me at  Oare Marshes .