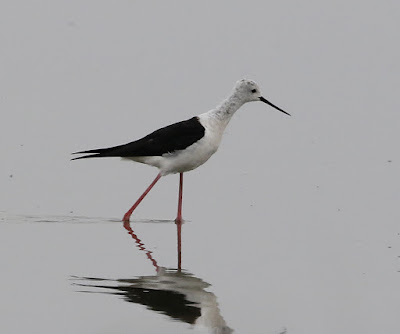 This last week at Oare Marshes & Pegwell Bay has been a really great period to see various wader species , all at local sites .

The family party of  Black winged Stilts (2 ads & 2 juvs) were still present at Oare marshes  on the 12th July in all their glory, these exotic birds were really putting on a show for all who came to see them. 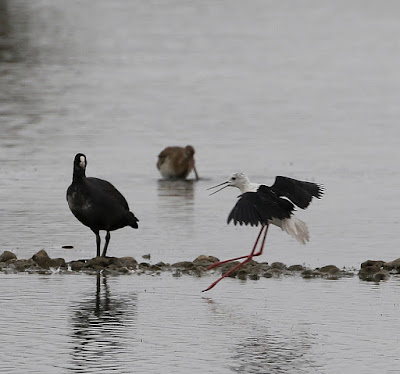 Black winged Stilt not happy with this Coot.

There was also an adult Temminck's Stint present on the 12th and although distant at first it eventually came closer near the pull-in and showed really well through the scope. 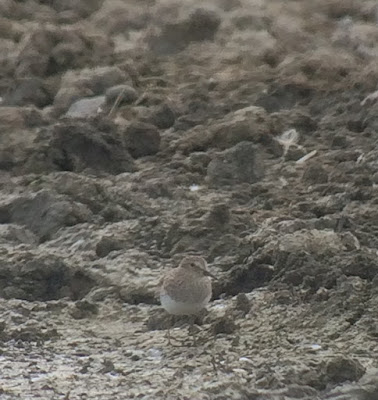 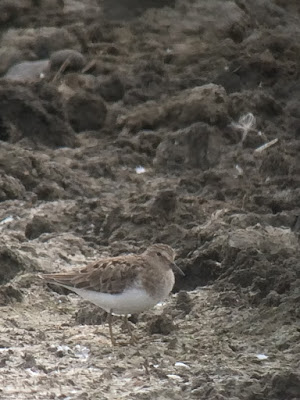 The water levels are really good at Oare Marshes and it is attracting lot's of various wader species and this time of year anything can turn up !!!

The Bonaparte's Gull was still present on the East flood and whilst watching this i could hear Turtle Doves 'Purring' from the paddocks. 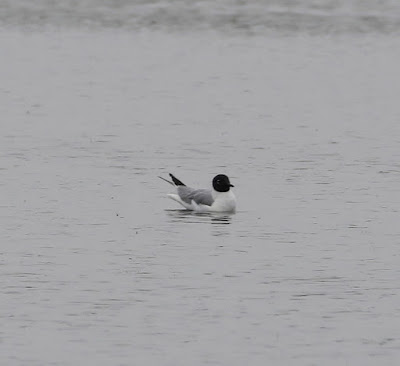 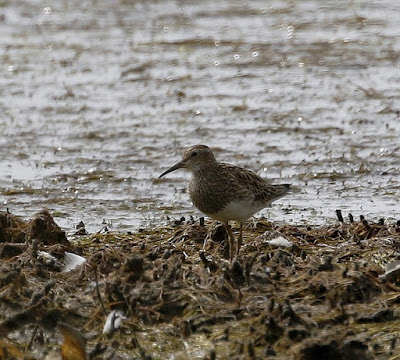 News of a Pectoral Sandpiper in the pool near the garage at Pegwell Bay on the 18th had me heading there the very next morning , i initially saw it out in the middle of the pool  near a Redshank and whilst saying hello to Andy Lipczynski the Pectoral Sandpiper  had flown closer to where we were standing and gave some incredible views. 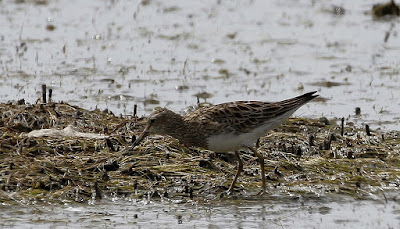 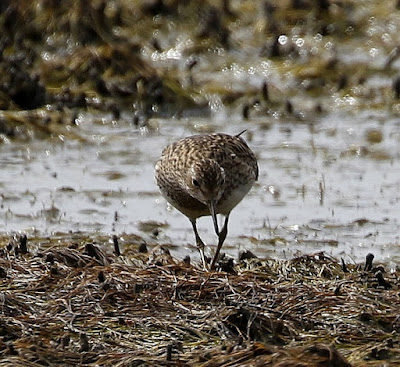 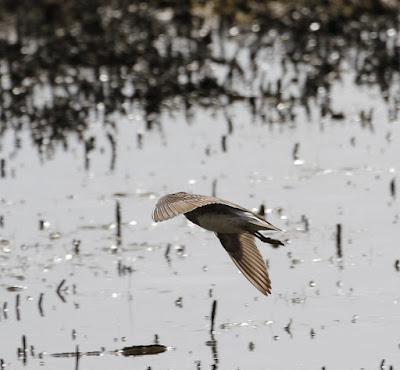 Even though the light wasn't that great for photography (that is my default excuse for all my photos !!!) the bird gave fantastic views through the scope, i did some digi scope photography and these are the results. 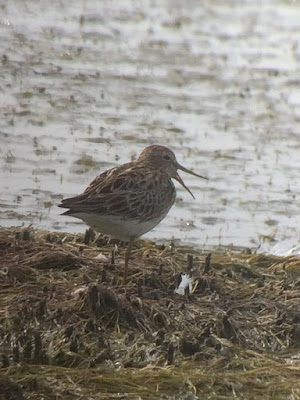 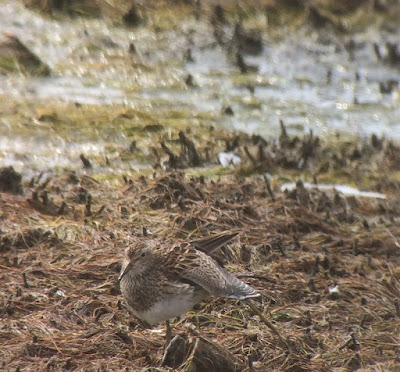 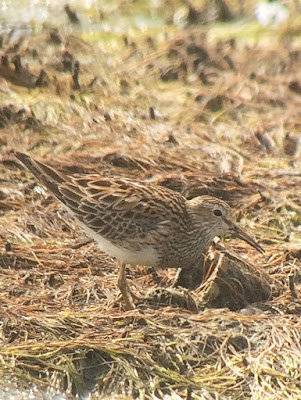 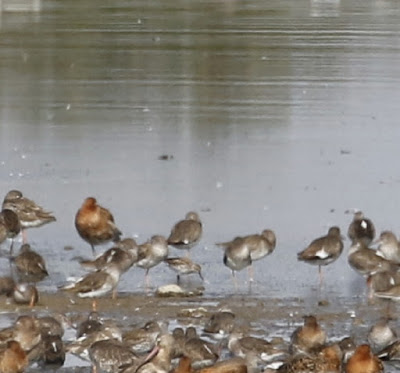 I received a phone call early Saturday morning informing me of an adult White rumped Sandpiper on the East flood at Oare marshes , so once again i headed straight there.

I walked around to the Faversham creek side and joined regular Oare birders MW, RR & Co and was put onto the White rumped Sandpiper , although it was distant and amongst lot's of waders every so often it did show well and great views through the scope were had. 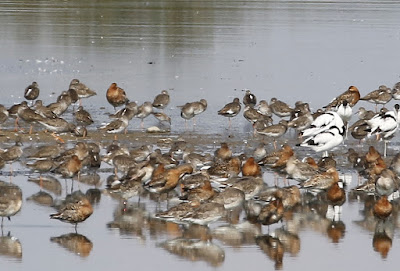 White Rumped Sandpiper in with all these waders.

I never got any decent photos of the WRS but with patience looking through the scope i saw it really well , what a smart bird it is to, great find by Steve Clinch. 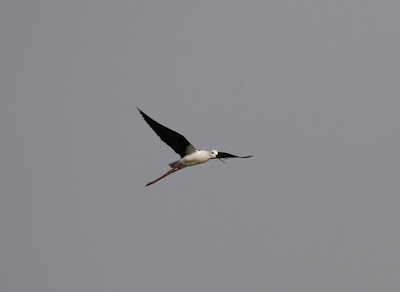 On Thursday the 5th July news of a family party of Black winged Stilts had appeared at Oare marshes , so without haste i headed straight there and although they were not in view at first they flew up from the south west lagoon and  landed in the South east corner , i made my way around towards the sluice and met up with MW and had decent scope views of this superb family of Black winged Stilts comprising of 2 Ad & 2 Juvs. 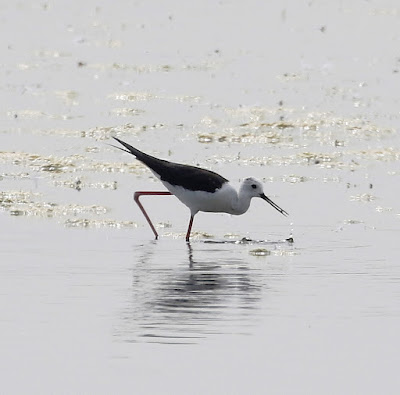 I was informed that they had successfully bred in a private location on Sheppy (i had heard rumors of this a few weeks before) , so i am absolutely delighted to see the family party here. 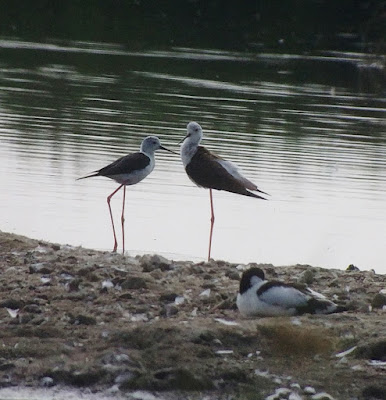 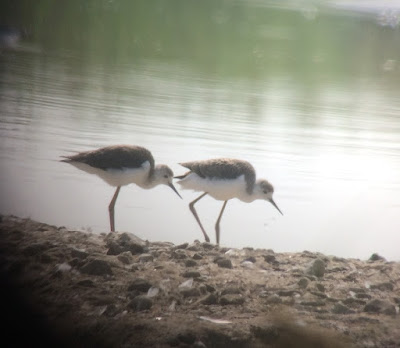 The light wasn't great for photography but i really did enjoy just watching these stunning looking birds , hopefully they will stick around for awhile so others can see them to. 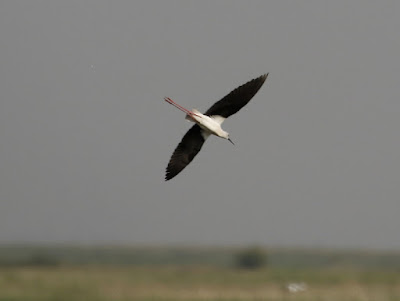 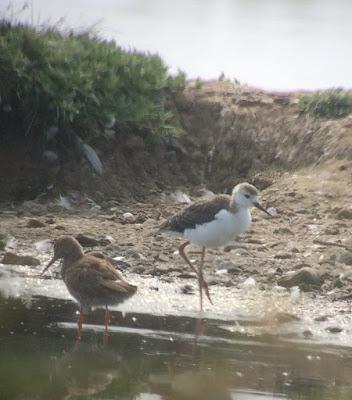 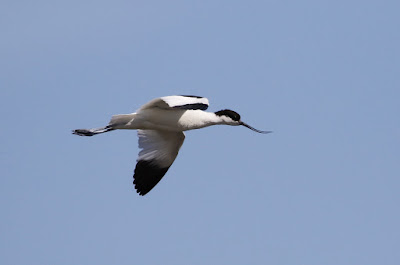 On Monday the 2nd July i was invited to Kilnsea Wetlands & Beacon ponds in the hope of seeing the Squacco Heron , although i have seen 2 before in the UK (Kent & Somerset) and plenty abroad i fancied a days birding and seeing yet another Squacco Heron would be great to. 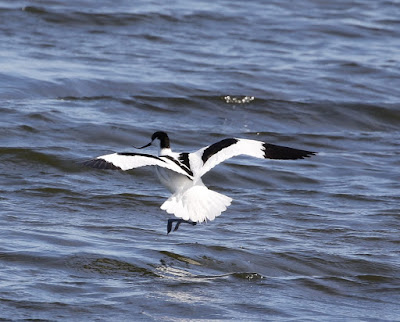 A long story short we didn't see the Squacco Heron but had a great days birding with 100+ Little Gulls with most of them being adult birds , truly an amazing sight. 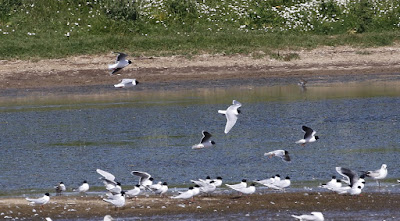 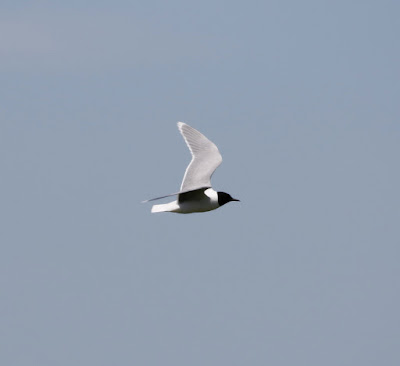 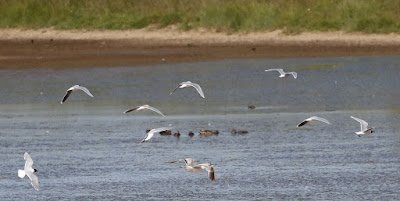 There was plenty of waders around including some close views of Avocet, i also added my first Curlew Sandpiper of the year , plenty of Redshank, Dunlin and a single Knot were all seen.

Whilst scanning through the Black headed Gulls, Sandwich Terns & Little Gulls something seemed to spook them and they all took to the sky and i got onto a superb Roseate Tern which flew right towards us and flew over our heads calling . 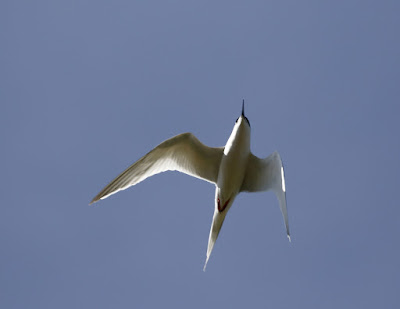 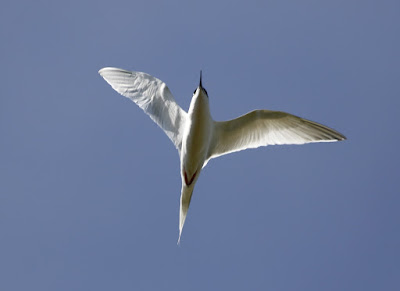 A really enjoyable days birding at one of the UK's premier sites.