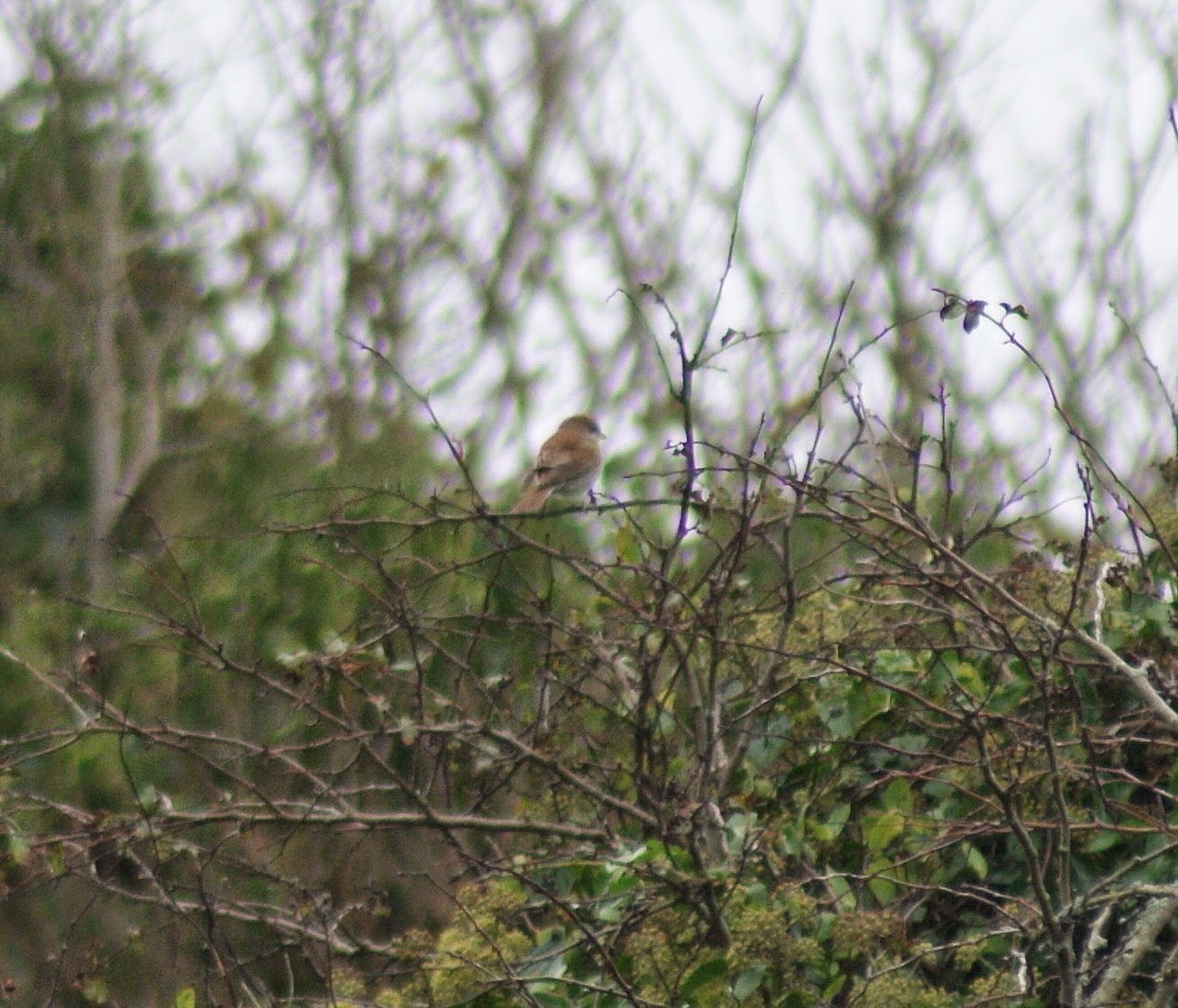 Unlucky to those with the incorrect answer and many thanks to all who had ago , here is this weeks " Mystery Bird " : 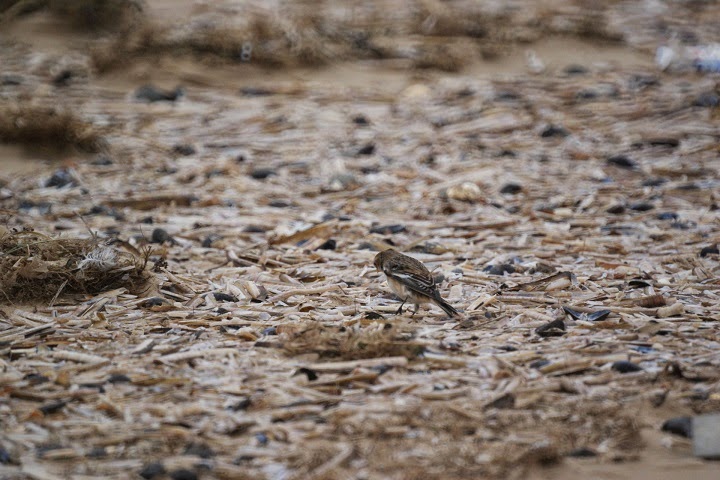 If you fancy ago just leave your answer in the comments or you can DM me on twitter @RobsBirding , I will reveal the correct answer and entries next weekend , Good luck . 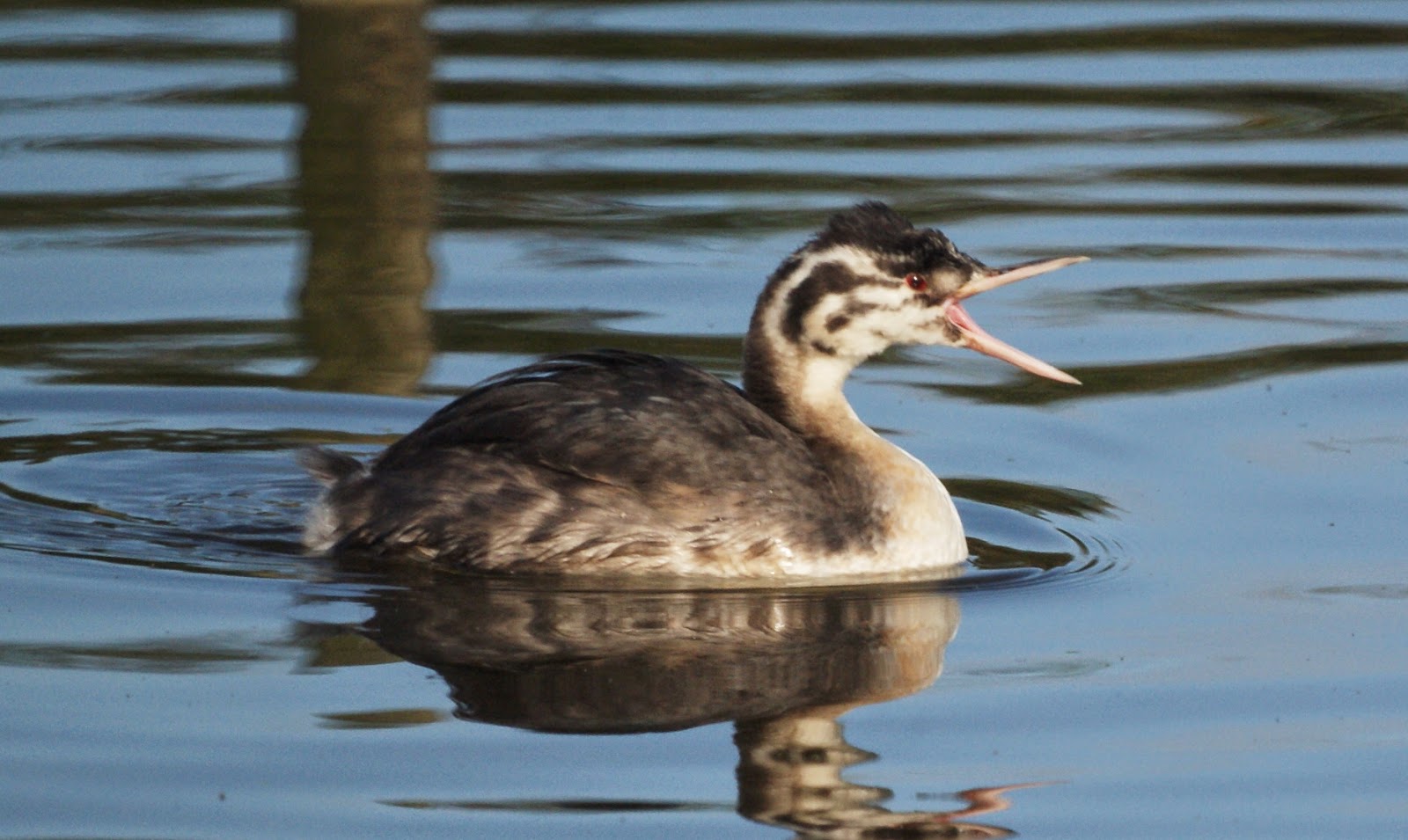 Last weeks " Mystery Bird " was indeed a young Great Crested Grebe that i saw from the Reed Bed hide at Stodmarsh in 2013 , well done to the correct entries who are : Ellis L , Mark L , Mark Lewis , Alex M , Chidders  and Ben M

Unlucky to those with the wrong answer , great try , and many thanks to everyone who has taken part,  here is this weeks " Mystery Bird " : 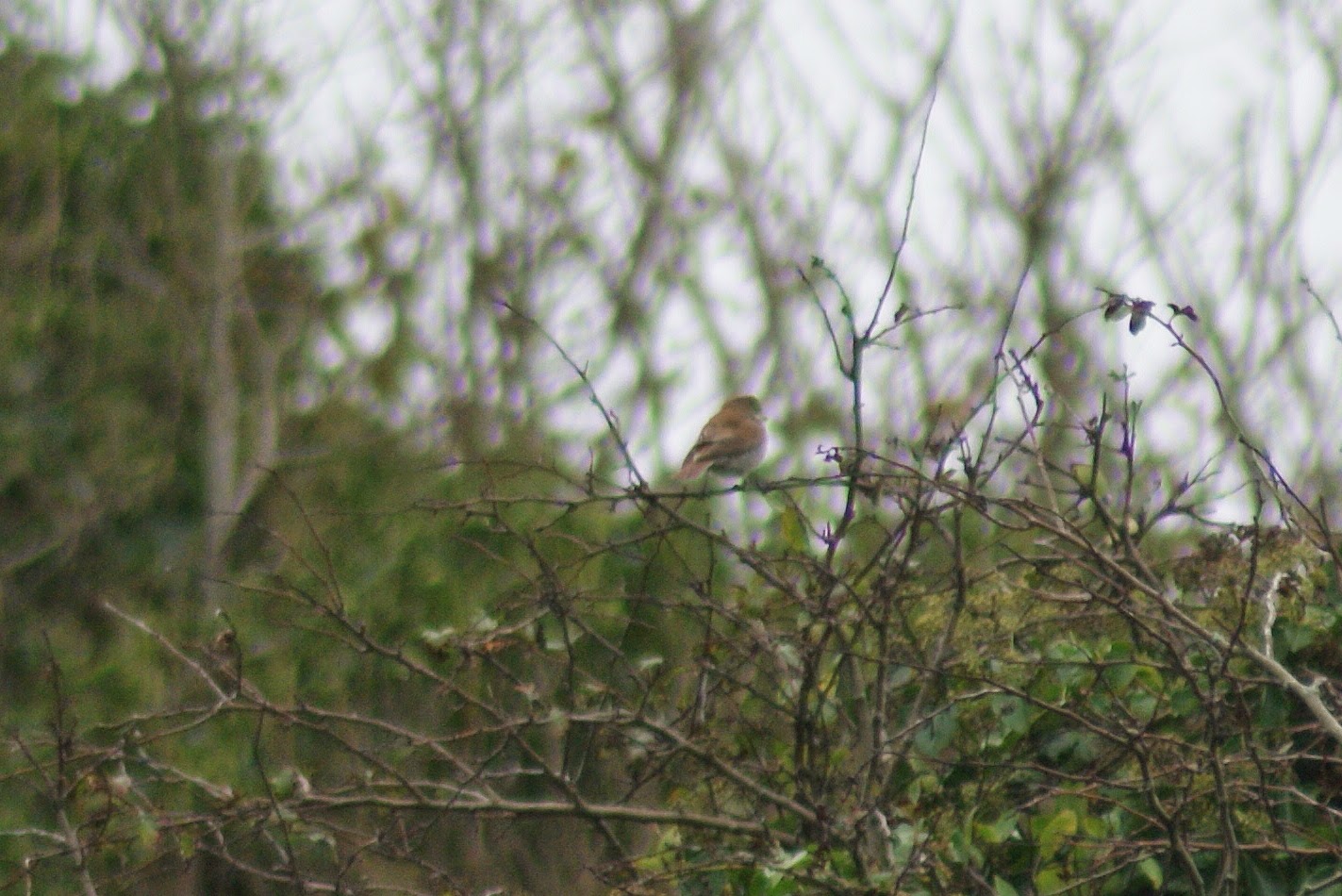 I have decided that i will finish this quiz once i have reached " Week 50 " which will be in a couple of weeks .

If you fancy ago on this weeks quiz just leave your answer in the comments or DM on twitter @RobsBirding , Good luck.

Posted by Robs Birding at 01:48 No comments: 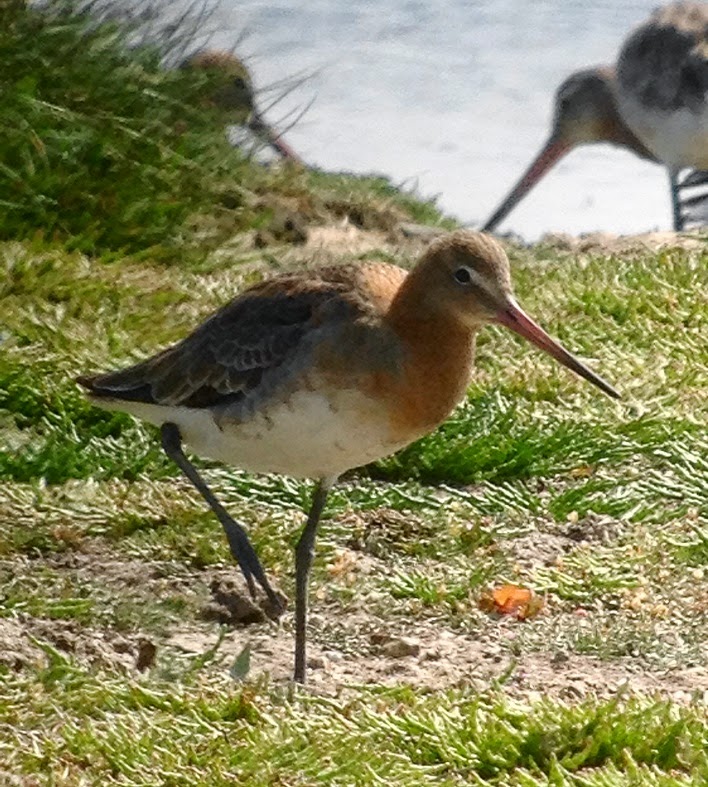 I spent an enjoyable couple of hours at Oare Marshes this morning in glorious sunshine , it also gave me the chance to practice digi scoping and all of the images on this blog post were digi scoped , There was a good number of Black Tailed Godwits on the East Flood along with a lesser number of Avocets including some chicks , not sure if they were bred here or flew from Sheppy ? 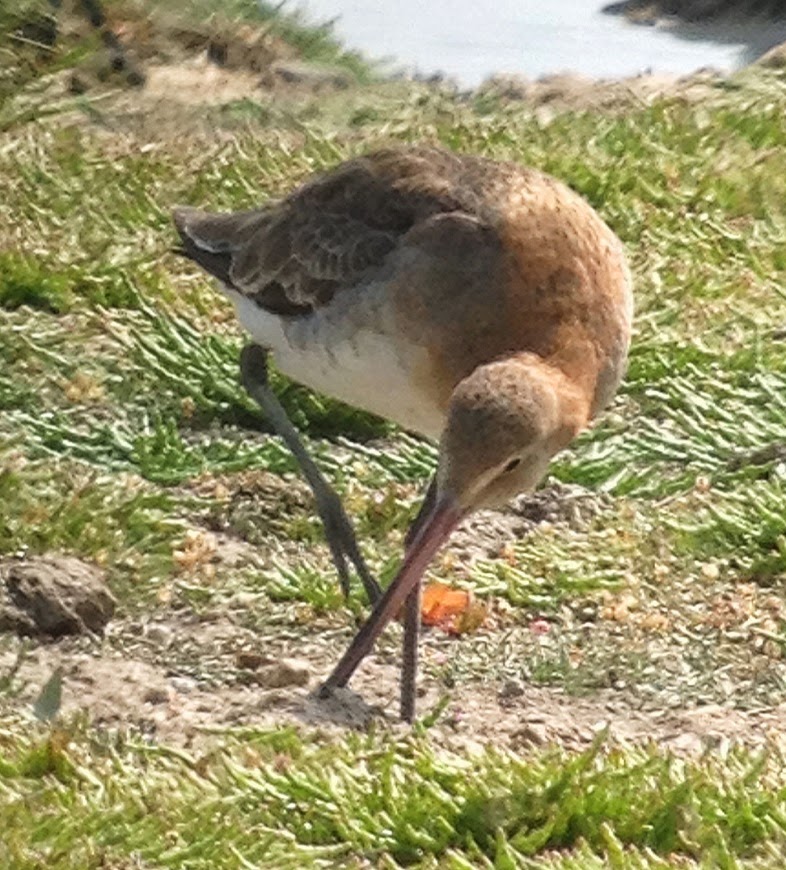 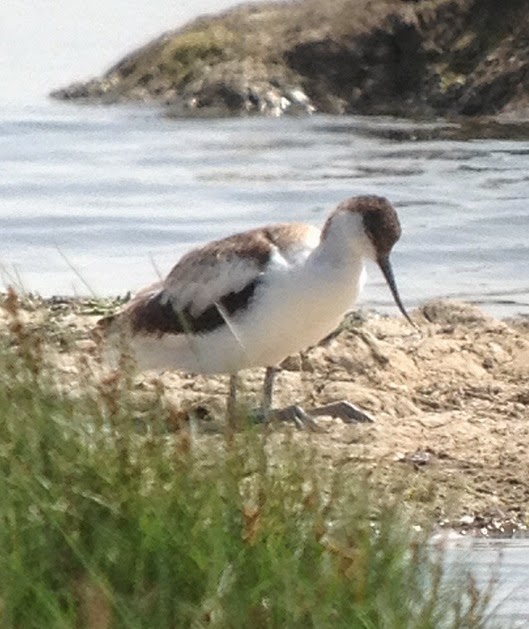 All the waders took to the air and the culprit that spooked them was a female Marsh Harrier, it doesn't matter how many times i see this huge number of Godwits in flight as i always enjoy it . 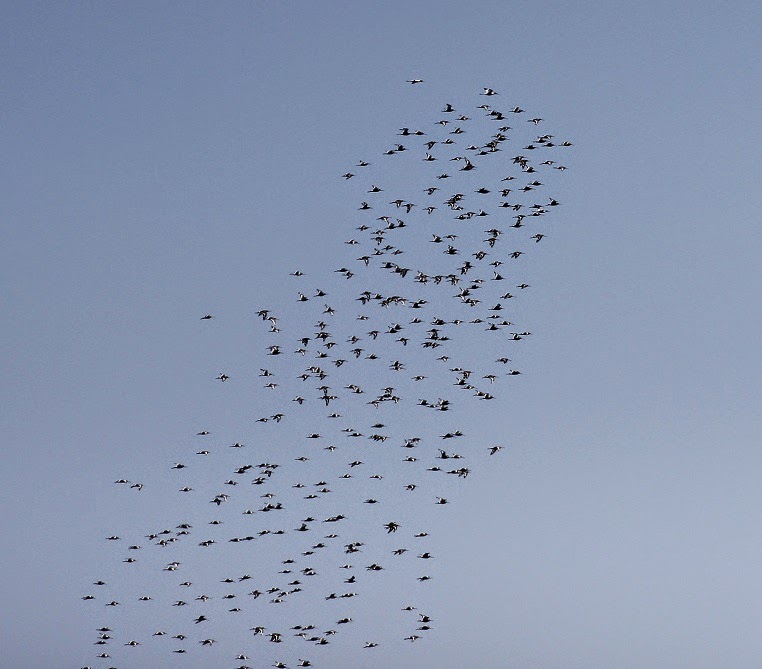 Small section of the Godwit flock.

I walked all the way around the East flood and added Little Egret , Lapwing , Redshank , Skylark and Meadow Pipit plus 2 Cuckoo's were playing chase around the back of the hide. 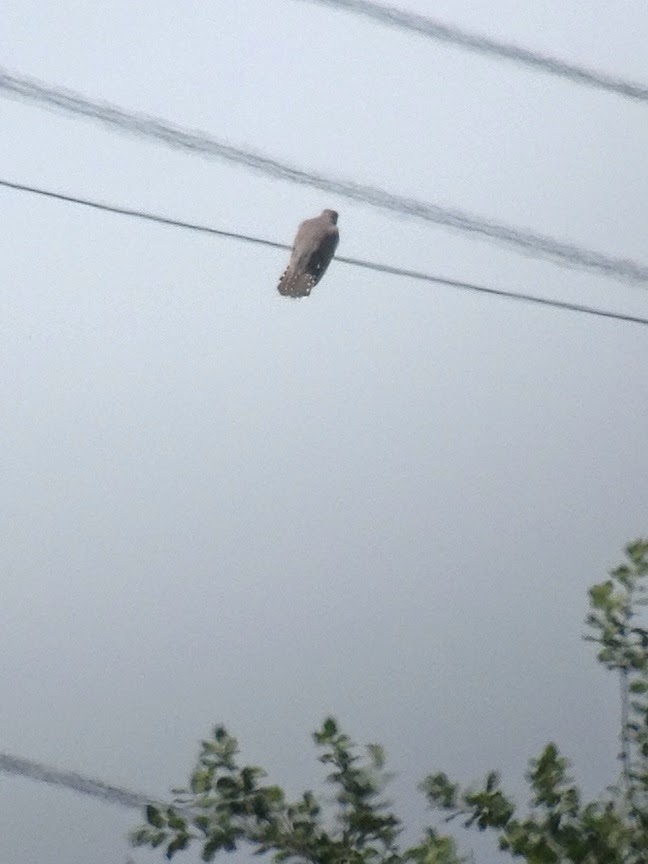 There were plenty of Shoveler, Tufted Duck , Shelduck, Gadwall and Mallard but i could not locate the Garganey that had been seen the last few days . 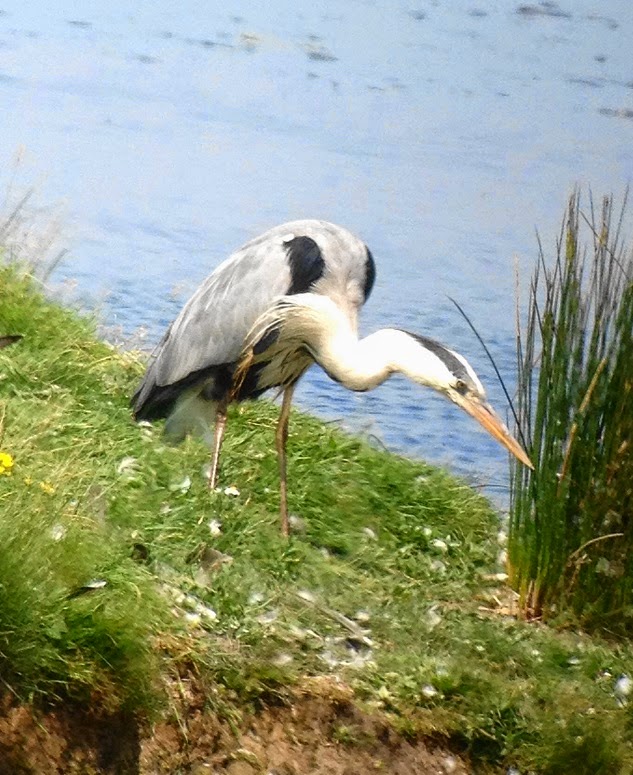 There were quite a few Grey Herons around and lots of Coots and Moorhens , i heard but never saw Med Gull , Bearded Tit and Cetti's Warbler and finally i ended up back at my car and had one last scan over the flood and finally located 2 Garganey , male & female , there has been up to 3 birds but i was happy with the 2 i got . 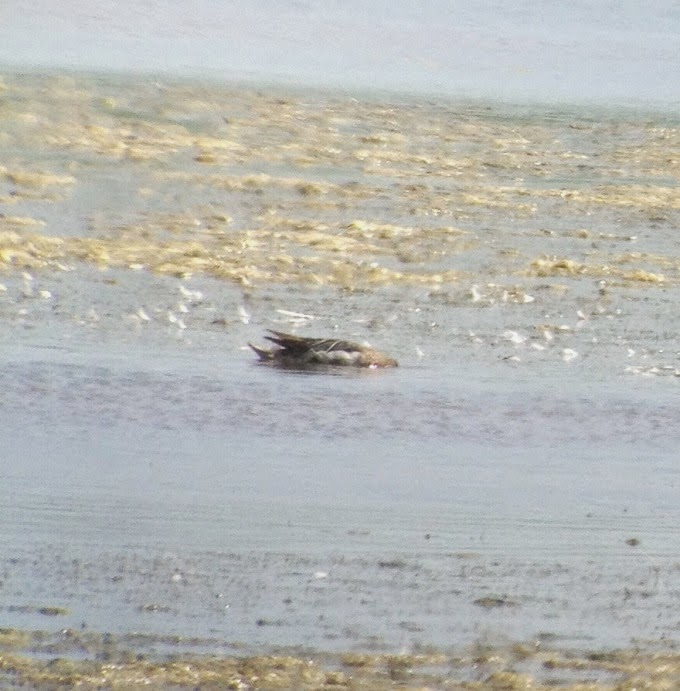 On my way out of Oare i noticed a large number of Common Swift's flying over the fields probably totalling 50+ birds. 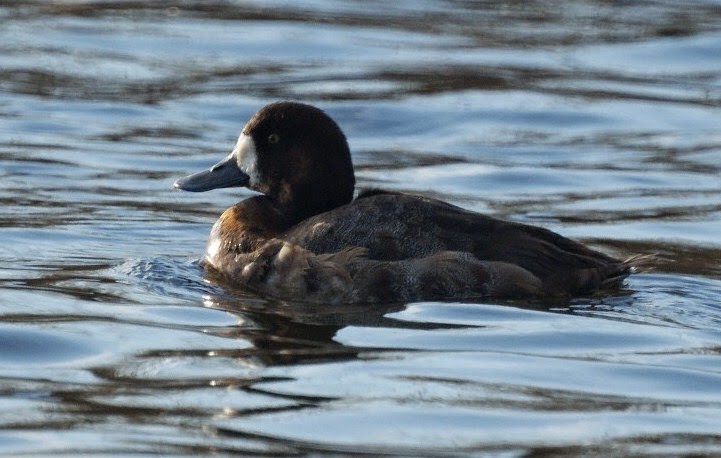 Last weeks " Mystery Bird " was indeed a female Scaup that i saw in Norfolk in 2010 , well done to all the correct entries who are : Ellis Lucas , Mark L , Mark Lewis , Chidders , Helen Bovill , Martyn Wilson and Ben Moyes.

Unlucky to those with the wrong answer great try , Here is this weeks " Mystery Bird " : 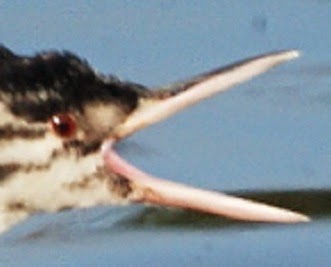 If you fancy ago just leave your answer in the comments or you can DM on twitter @RobsBirding . I will reveal the correct answer and entries next Sunday, Good luck.

This quiz has now been running for almost a year , i would just like to thank everyone who has taken part in that time . 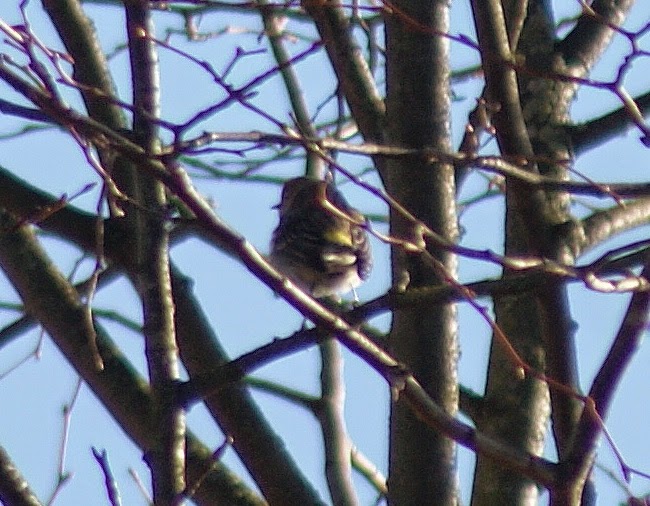 Indeed last weeks Mystery Bird was a Myrtle Warbler which i saw in  Durham earlier this year , well done to all the correct answers who are : Ellis Lucas , Mark L ,  Alex M , Martyn Wilson , Chidders and Mark Lewis

Unlucky to those with the incorrect answer , many thanks to everyone who took part , here is this weeks " Mystery Bird " : 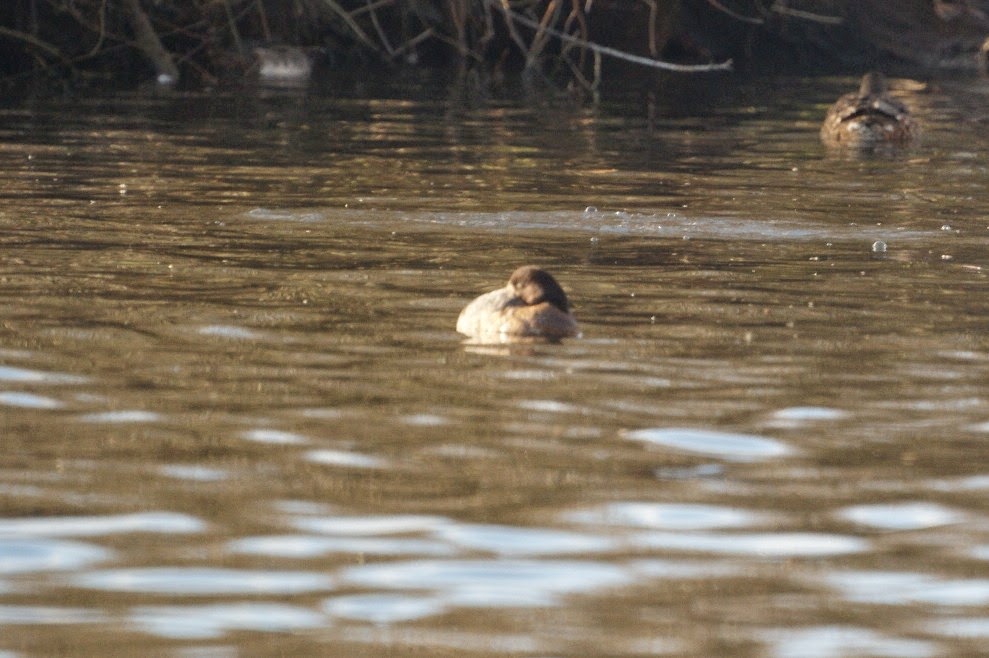 If you fancy ago just leave your answers in the comments or DM on twitter @RobsBirding , i will reveal the correct answer and entries next Sunday , good luck. 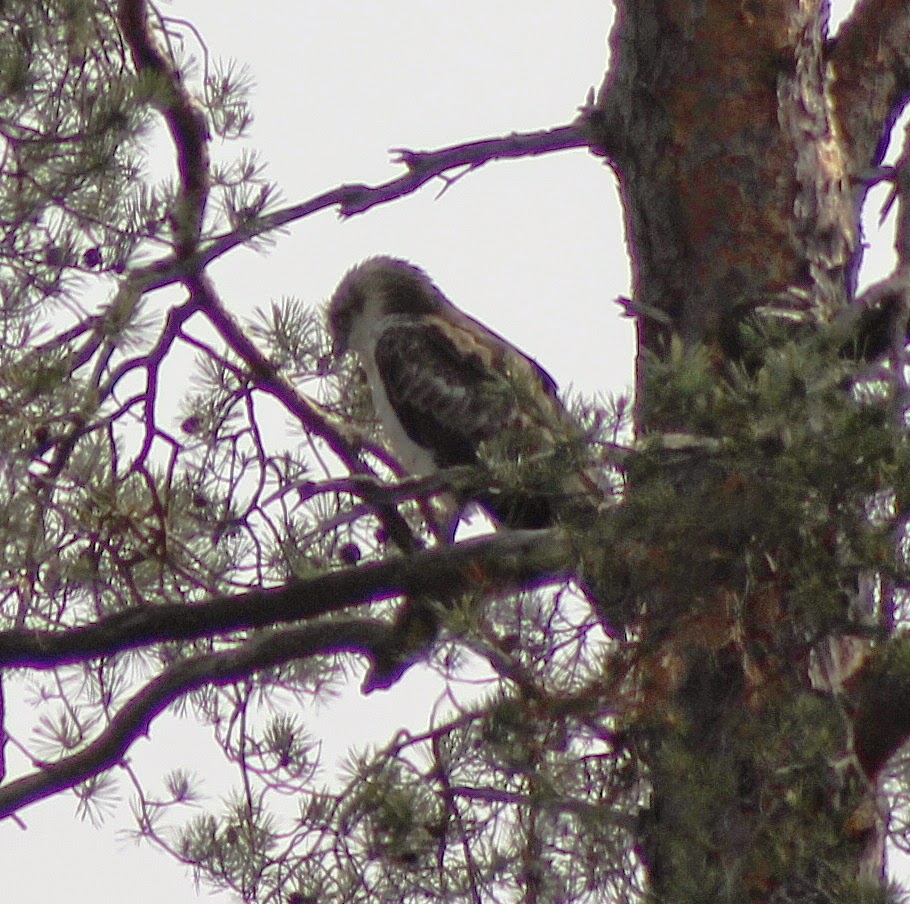 News broke on Saturday 31st May of a Short-Toed Eagle in Dorset  arrangements were put into place to be on site for first light the following morning  in the hope the bird would still be there having been seen roosting in a favoured tree til at least 9.15 pm .

Sunday morning soon came around and after an uneventful journey i arrived at Morden Bog NR at 4am where there were already a large number of cars parked up , looks like we all have the same idea , as soon as i get out of the car i could hear Nightjar " churring " fantastic start and on my walk to the promised land i could hear several more and i saw 2 birds at different points on the walk to the Eagle.

Light was still breaking on my walk and there was quite a mist , i heard info of roughly where the ST Eagle had roosted the previous night now all i needed was the light to fully lift and hope it is still there ,it was a bit concerning at times as the trees begun to appear from the darkness and mist begun to raise and blanket out the view. 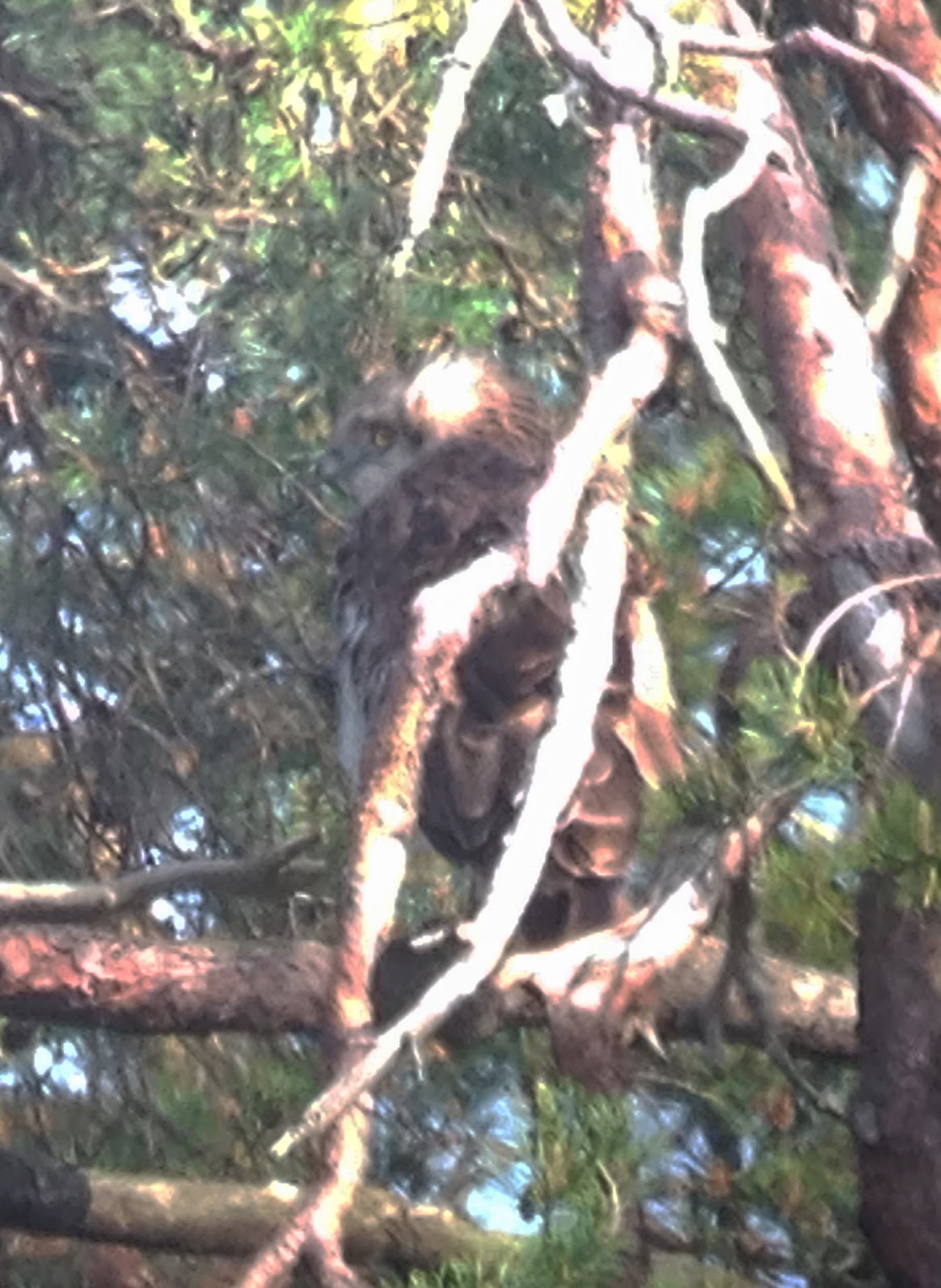 Just look at that eye.

Eventually the trees were viewable and it wasn't long before the call went out , and we were all enjoying good scope views and although quite distant the most striking feature were the magnificent large yellow eyes , this stunning bird was causing the local resident birds some disturbance , Green and 2 Great Spotted Woodpeckers along with Coal Tit , Blackbird and Mistle Thrush all at some point came very close to the Eagle and were clearly agitated by its presence , however several Carrion Crows did mob it every so often. 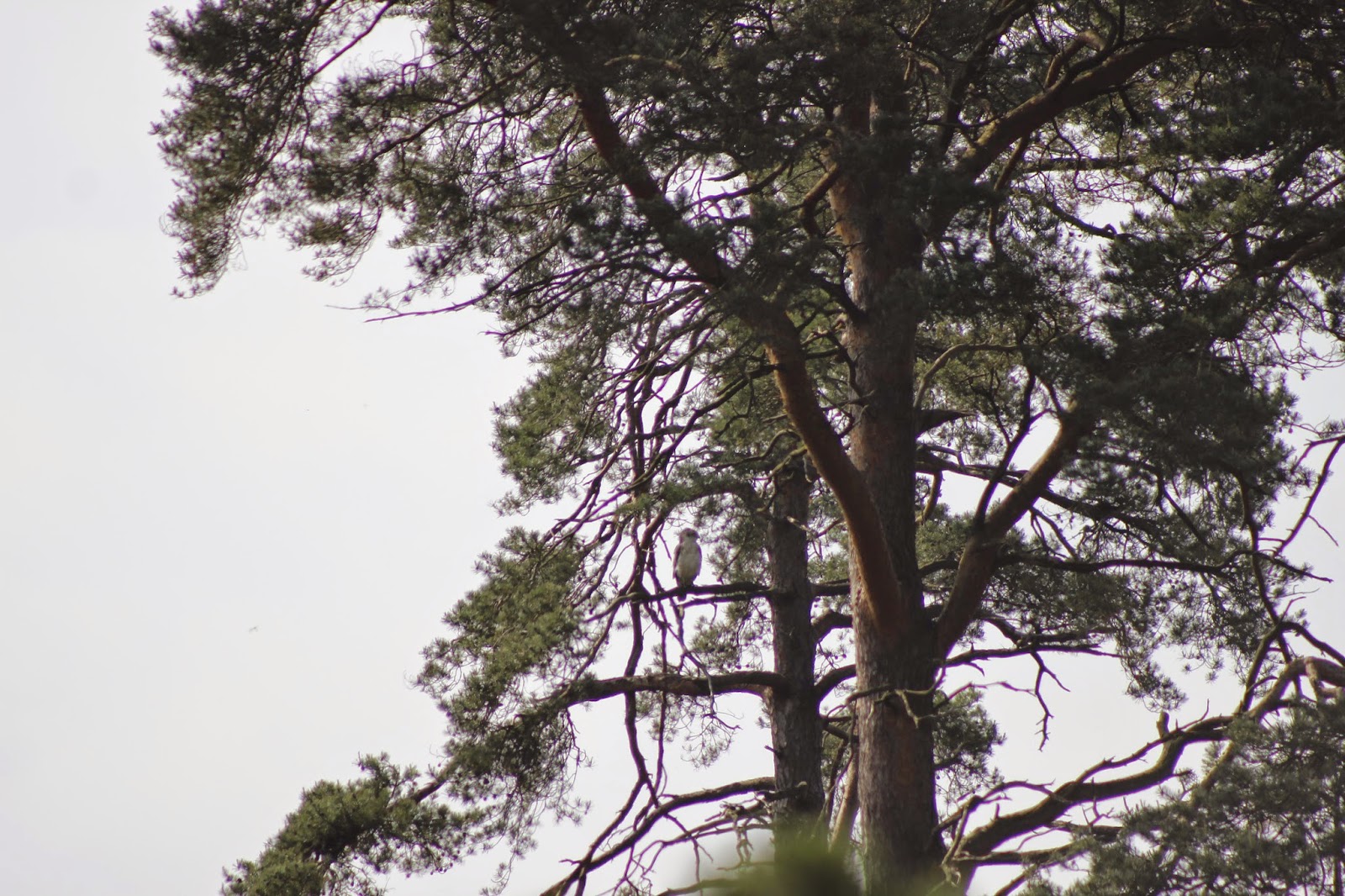 I watched this bird from the hill for a good 3 hours and other birds of note from here included Hobby , Meadow Pipit , Dartford Warbler and approx 25 Med Gulls . Other birders started to wander off to try and get closer views and i did the same which proved very successful as i bumped into a local birder who showed me a great vantage point  which was far enough away as not to disturb the bird but give me some great views . 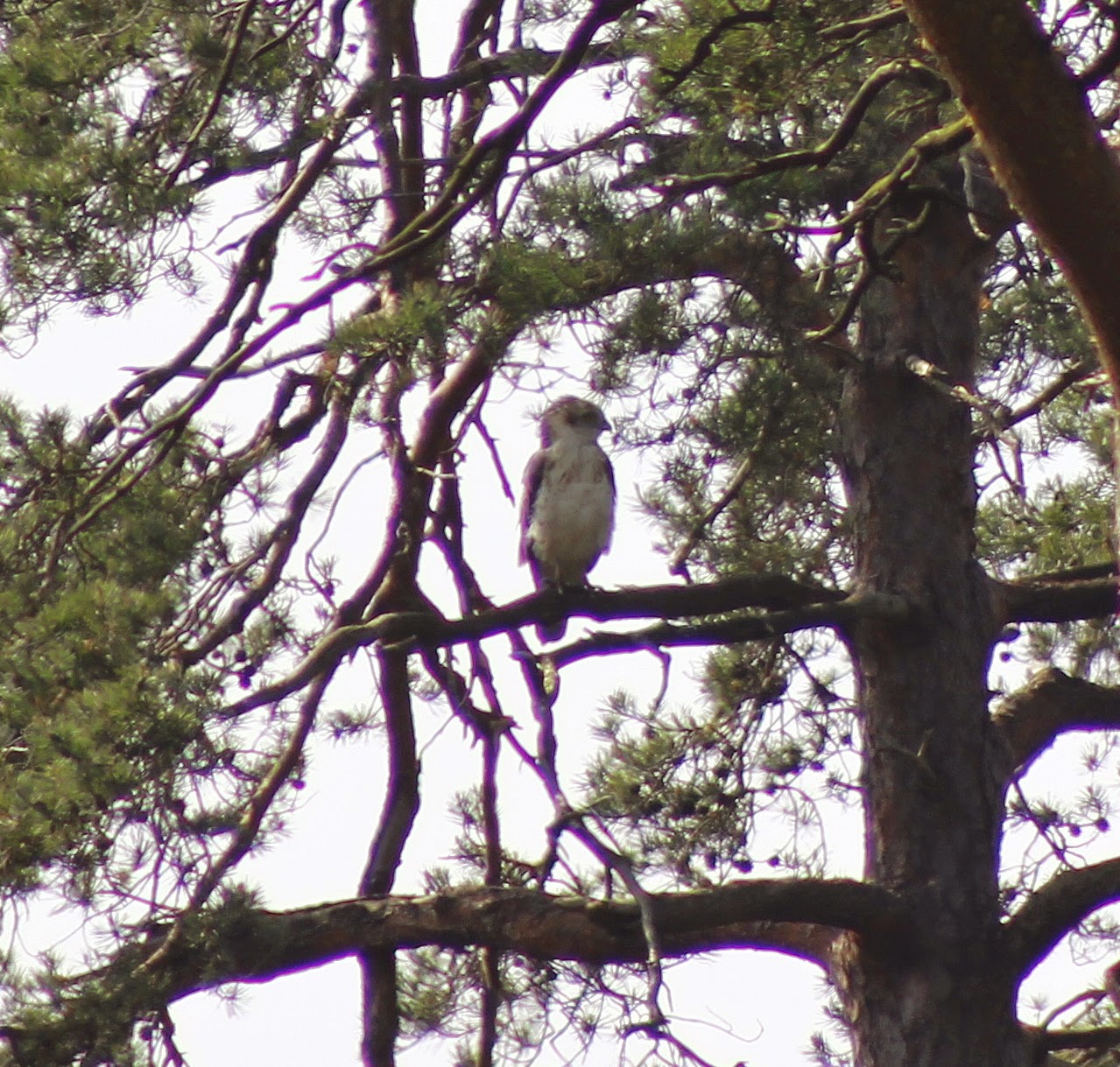 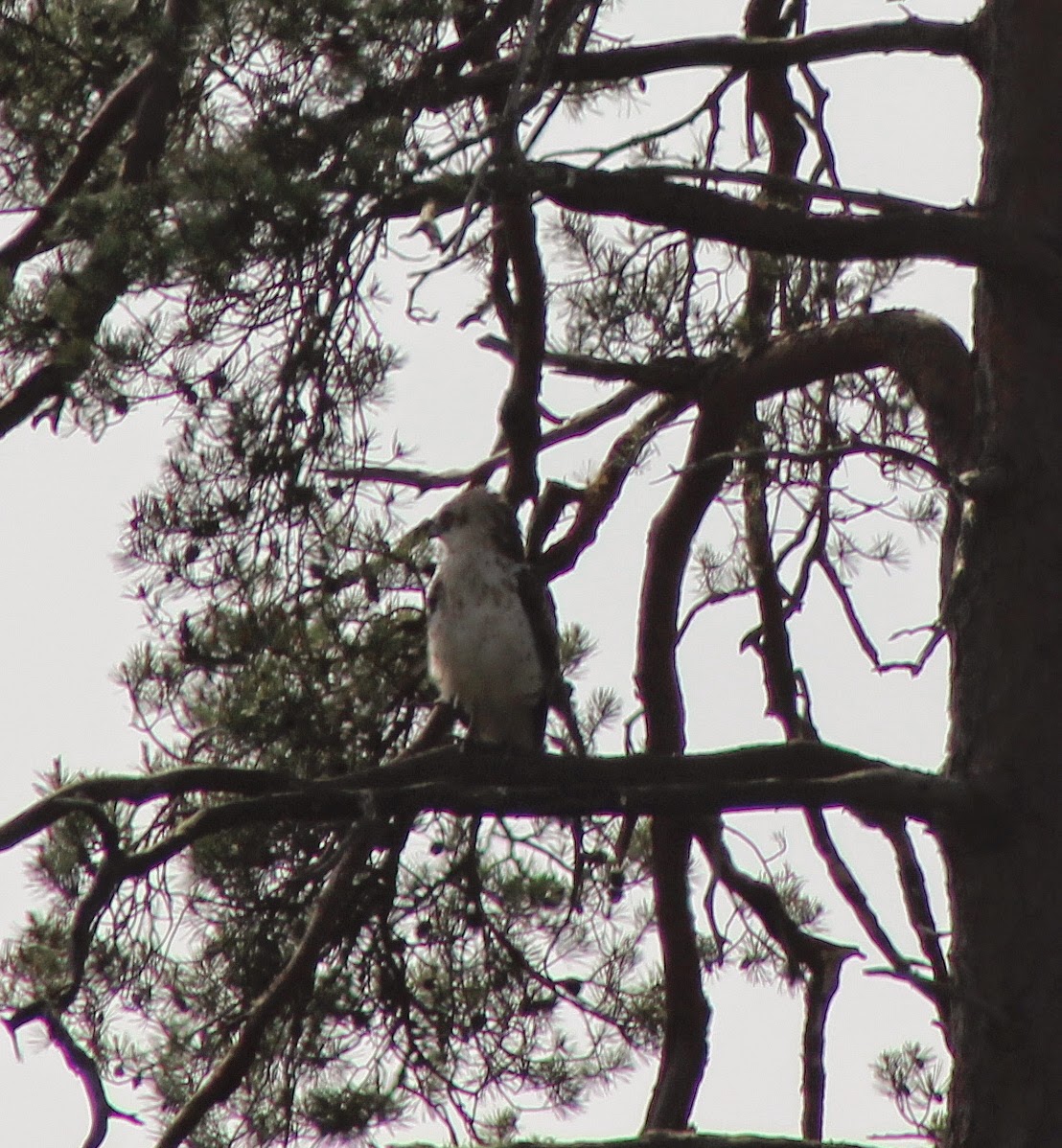 I had some really stunning views of this bird and this was a fantastic bird to add to my British list , i also saw on this part of the reserve displaying Tree Pipit , Stonechat and Nuthatch , a really great birding session and after approx 5 hours i then headed off to have a well earned breakfast and cuppa , i will definitely visit this reserve again in the future. 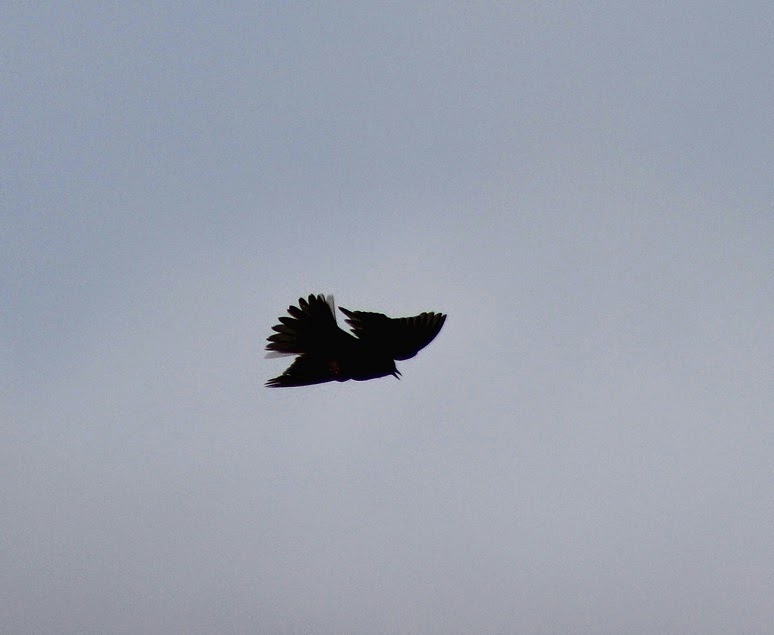 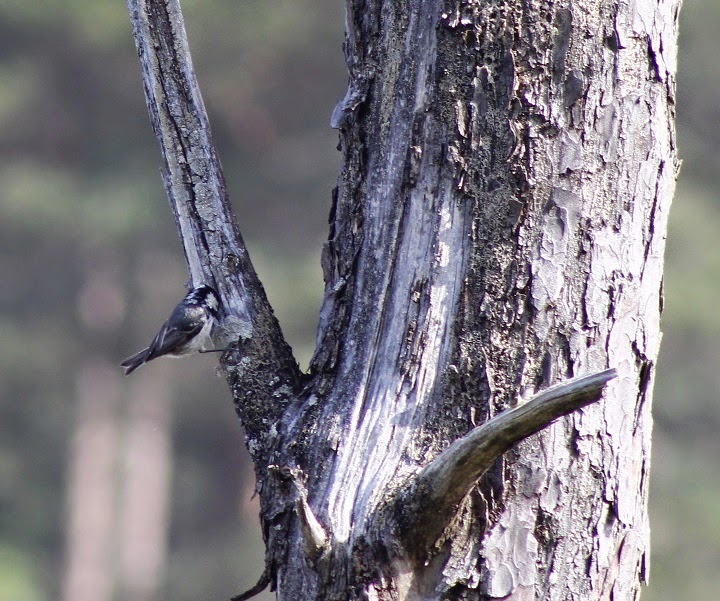 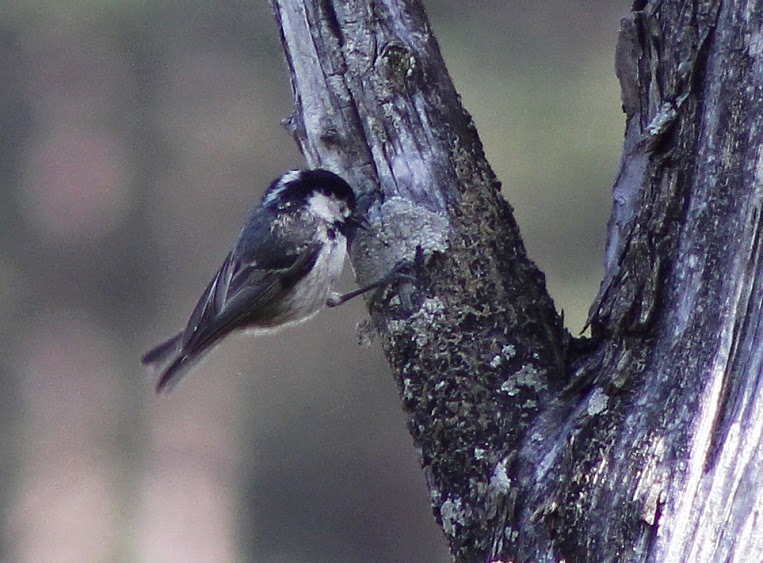 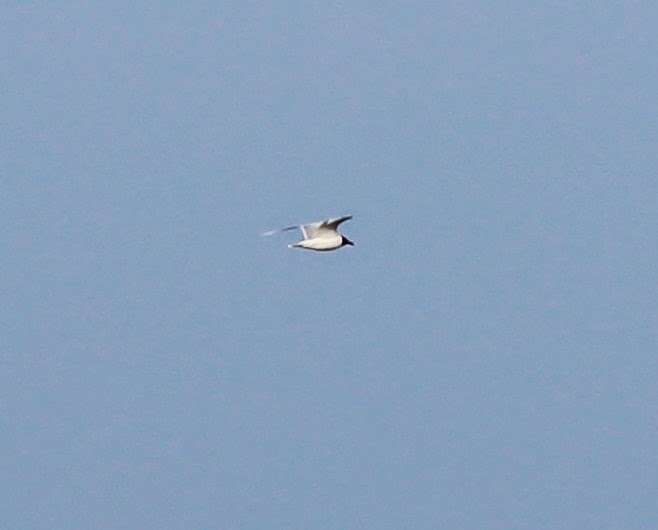 One of many Med Gulls