A Day in Kent 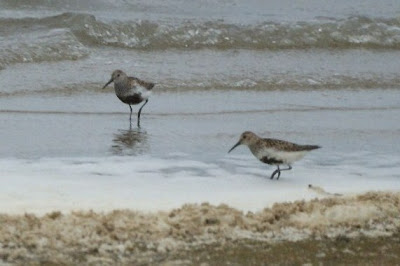 My first location today was to pop into Elmley to try and see the roosting Long Eared Owls at Kinghills farm i spent a fare amount of time trying to locate these but was not lucky this time , however i had decent views of a Garden Warbler and there were 2 Green Sandpipers and a couple of Avocets nearby which are always nice to see , i decided to cut my loses and head of to Oare Marshes , i encounted 41 Golden Plovers and  a smart Whimbrel out on the mud flats , i had 50 +Black-Tailed Godwits and 200 + Avocets , other than a few Dunlin there were no small waders to be had here. 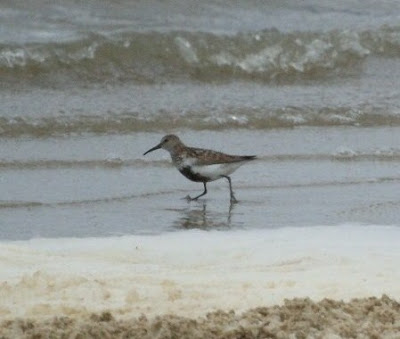 My final destination of the day was Dungeness , i headed straight to the Arc pit to try and see the recently found Pectoral Sandpiper  and i was straight onto this delightful sandpiper , this was a new bird for me at Dungeness and a very much welcome year tick . 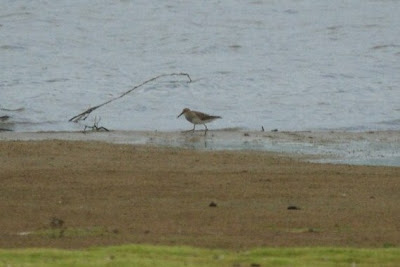 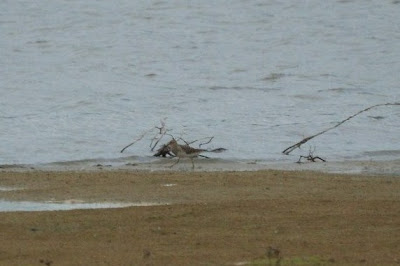 Another record shot of the Pec Sand.

I enjoyed this bird for about 30 minutes , often feeding close by and it was also quite flighty showing off its centrel tail stripe , i also had up to 5 Dunlin, 1 Common Sandpiper and a couple of Lapwings here , from here i headed of to the Rspb reserve to try and see the Great White Egret having already failed a couple of times this year , i made my way around to the Denge marsh hide eventually i went and had a look from the gate  with one or two other birders and was soon  enjoying the Great White Egret. 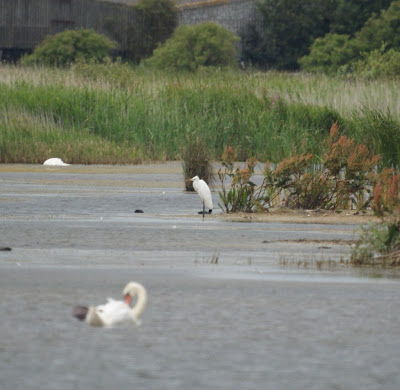 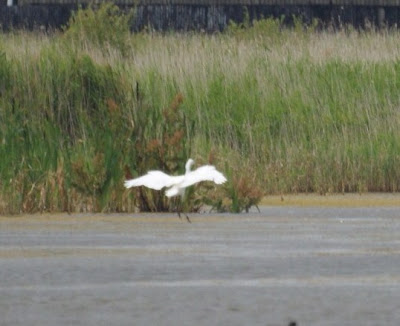 And about to land.

This was a really graceful bird , feeding quite actively every so often , there was not alot around other than this apart from some really smart Common Terns and a fly over Hobby , there were a few butterflies about mainly Gatekeeper , Red Admiral and a couple of Peacocks , i also saw a young Fox near the Christmas dell hide . 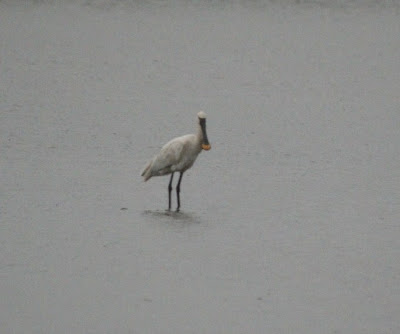 An early start saw me heading north to Blacktoft Sands rspb reserve in the hope of seeing the adult Marsh Sandpiper , i arrived at about 7.30 am and the weather was awful , consistent rain and quite windy , i met a couple of birders and the news was negative , not a good start but i was undeterred and i checked  out several hides where the Sandpiper had been seen on and off over the past week , i encountered a superb adult Spoonbill which was later joined by another adult bird ,  i also had some great views of   Wood Sandpiper . 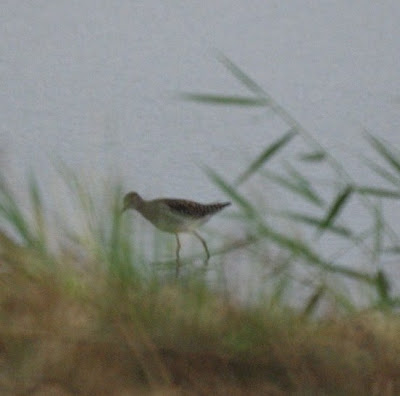 I encountered 3 Wood Sandpipers , at least 5 Green Sandpipers and 1 Common Sandpiper at this reserve plus a really smart couple of Ruffs put in an appearance . 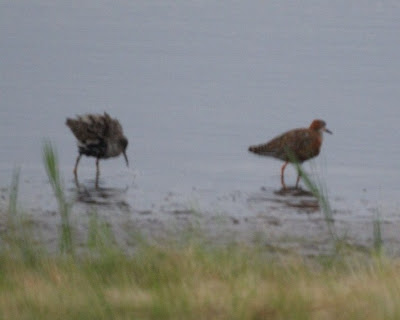 I also had fantastically close views of a female Marsh Harrier right in front of the hide , i have never been as close to one before , truly a remarkable sight and well worth the journey on its own. 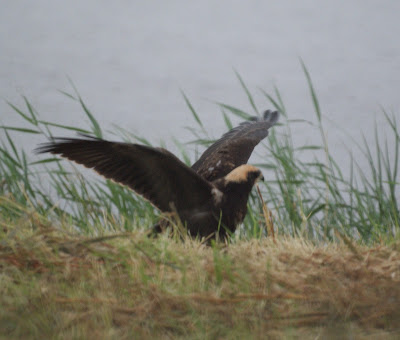 There were plenty of waders flying in and out , lots of Egrets and at least 5 Marsh Harriers were spooking everything every now and again , i moved onto the other end of the reserve and bumped into another birder named Rich , we exchanged information of what we had seen and he said he was going to check out another area of the reserve where the Marsh Sandpiper has been seen from whilst i checked out a different area , we exchanged numbers so we could inform each other if we see the bird .

Well i was in the Marsh Hide checking out at least 50 Black tailed godwits , there were Dunlin, Snipe and various ducks but no Marsh sandpiper , then my phone went off , it was Richard with positive news , the Marsh Sandpiper was showing from the Ousefleet viewing screen , with a rather quick dash around to the viewing screen i was greeted with the news it had just waded out of sight .

So after a fretful 10 to 15 minutes wait the Marsh Sandpiper  gave its self up  ,  really super sandpiper , a miniature version of a Greenshank is the nearest comparison i can think off , a delicate thin bill , longish legs . This was  my third bird in the UK but this was by far the best view of one i have had , i also added at least 5 Spotted Redshanks at this viewing screen including one very black bird .

From here i decided to head to Rutland Water which was on the way back and hopefully try and see the summer plumage Spotted Sandpiper , i arrived there in good time and the weather had improved i parked up and and got my permit from the visitor center .

I set off to the Shallow water  hide , and as luck would have it i connected with this super wader straight away , it was a bit distant on the far bank but you could make out the orange/ yellowish bill and spotting on its breast and flanks , it was along side a Green Sandpiper which was much bigger . 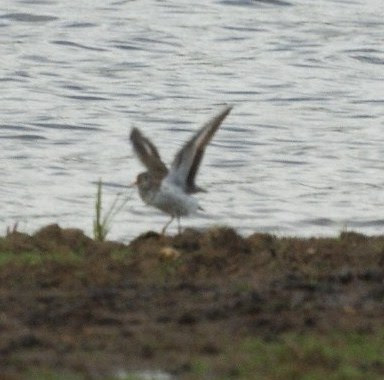 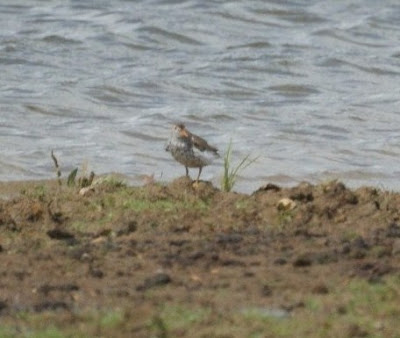 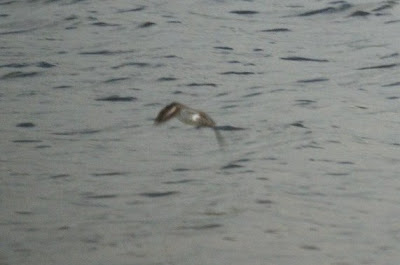 There were five Ospreys in close attendance and one bird spooked the Sandpiper and it flew towards the hide and landed on my side of the water , wow a stunning bird to see the spots were much more evident at this close range , it had a striking supercillium  , i have now seen four Spotted Sandpipers  but this is the first one i have seen in this plumage , the Ospreys were really stunning to see at such close quarters too. 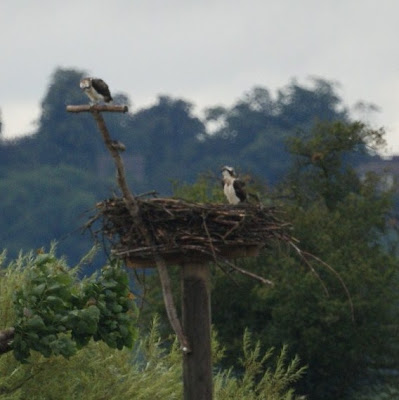 Two of the five birds on the nest. 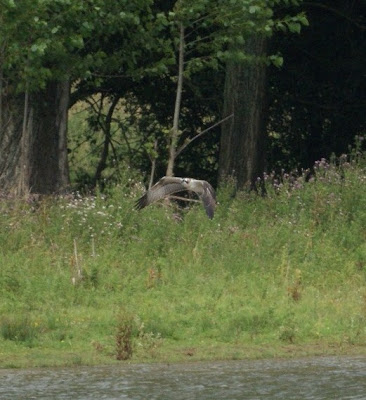 And an Osprey in flight.

Other birds seen here were a female Goldeneye , Common Sandpiper (at one point there was Common , Green and Spotted Sandpiper all in one view) plus several Common Buzzards were flying around ,  there was a huge number of Sand Martins nearby giving some fine views. 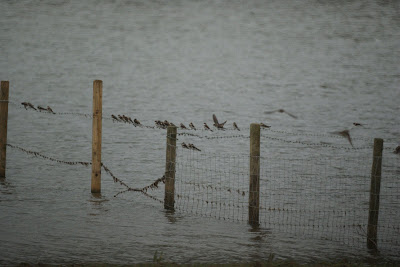 Then it was time to head home  very happy after a superb days birding with some quality birds in the bag. 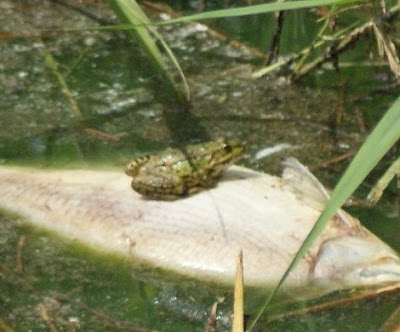 Marsh Frog on a dead fish. 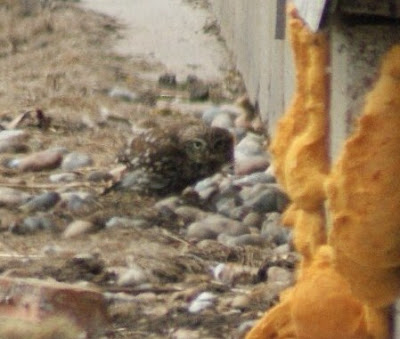 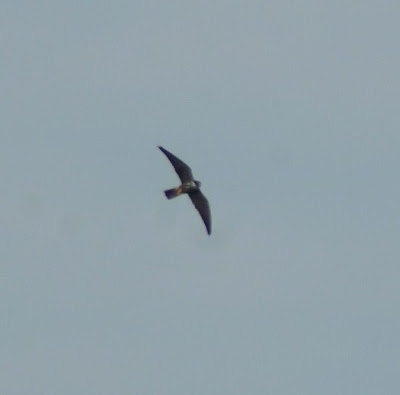 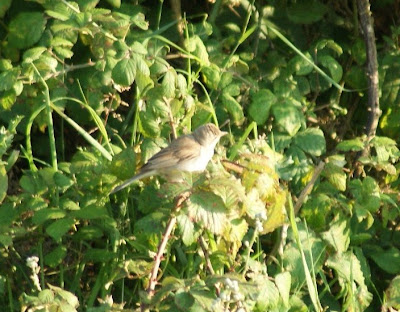 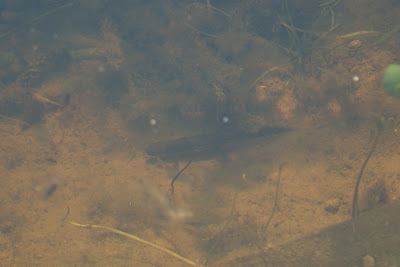 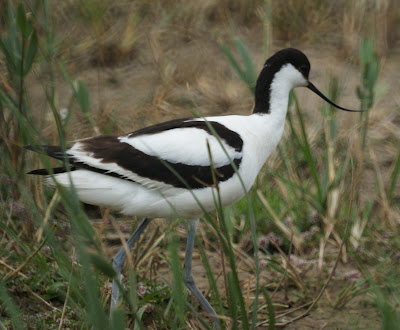 Well i am pleased to say computer and camera problems have now finally all been sorted out and instead of doing individual posts on birding trips i have decided to just do a overall summary of my birding adventures in June , which i have to say has been more about dipping then ticking ...lol White throated robin and white winged scoter where two major dips and to be honest i will leave it at that , the month also started of with yet another dip in Norfolk with missing the Broad Billed Sandpiper at Breydon water by a day , i decided to head to Minsmere and had some very close views of Avocets with chicks . 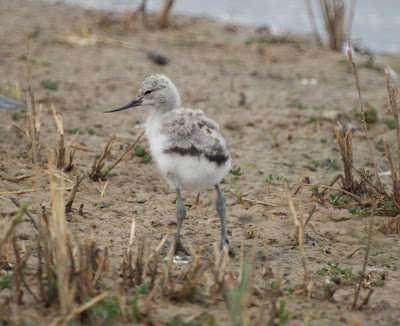 These were delightful to see , there was alot of activity on the scrape and are main target bird here was Roseate Tern   , i put in a bit of time for this bird and just as it was beginning to look like another dip however i connected with this super tern. 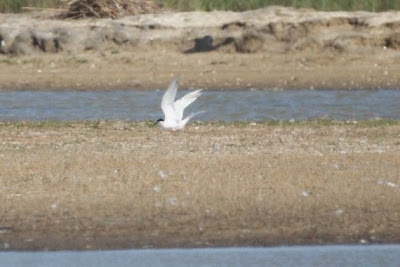 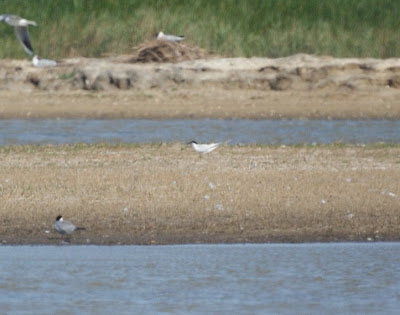