Just a quick post , i have not been out birding for two to three weeks now other than dipping the Penduline Tit at Oare Marshes , i have been busy doing other things including a very interesting trip to London and taking in some historical sights and a little bit of shopping , hopefully going to Dungeness next Saturday to see whats around .
Posted by Robs Birding at 02:42 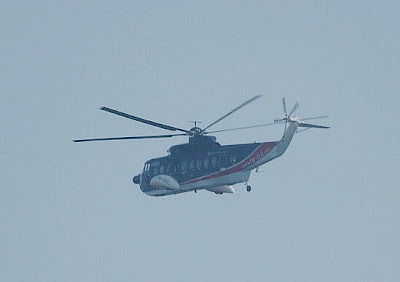 As from the 31 st October 2012 the helicopter service from Penzance to Scillies ended , I have used all 3 forms of travel to the wonderful Islands , in 1988 my first trip there i went across to the Isles on the Scillion ferry , which can be quite an up and down affair and if the weather is to bad it will not make the journey which will either leave you stranded in Penzance or unable to get back from Scillies on time , which can be crucial if there is a mega on Scillies or if you need to get back due to work commitments . 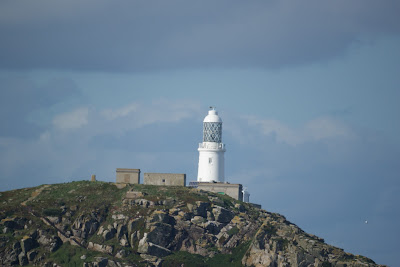 Just one of many views .

I took the light air craft on a couple of occasions , these fly from near Lands End and i have to say is my least favourite way of getting to the Isles of Scilly , i dont know , its just a little bit of putting sitting behind the pilot in these small air craft ...lol , and of course they are also affected by the weather and i have been delayed and missed one or two goodies because of this . 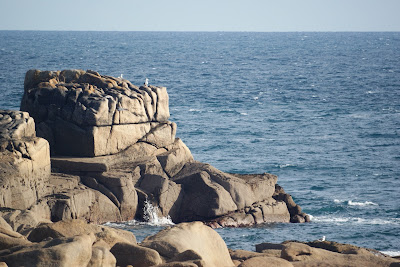 The first time i used the helicopter service was in 1998 , i was supposed to be on a light aircraft but because of bad weather the flight was cancelled and i was lucky enough to get transferred to the helicopter , wow what an experience that was , i remember sitting in my seat and the crew went through their safety procedure , and then we were off , well in a space of about 20 seconds the helicopter was about 300 feet in the air and my stomach was still at ground level....lol The helicopter service was quite expensive but it flew in almost all weathers and was by far the quickest way of getting to the Scillies , so i guess it will be  the Scillion for me next time i go which is not all bad as you can do some sea watching on your journey .