Dover and a visit to Sheppy 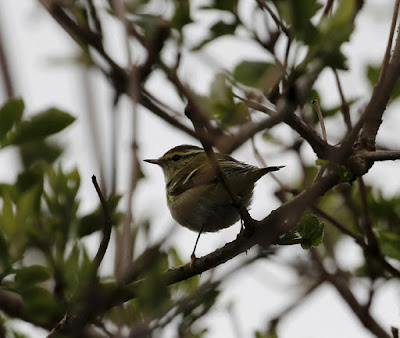 On Saturday 9th March i went to Pencester Gardens in Dover in the hope of seeing the over wintering Yellow browed Warbler, it had been seen briefly before i got there and after approx 20 mins it started to call and show well by the green footbridge.

As ever it was constantly moving and calling but gave some really great views. 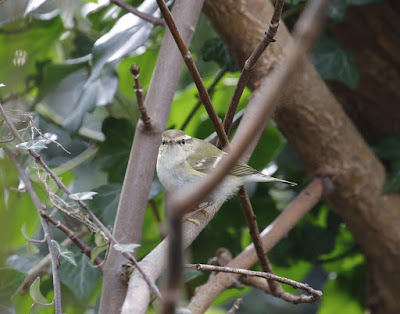 I watched and listened to this delightful warbler for a good 40 minutes before heading to the Isle of Sheppy for an afternoon of birding. 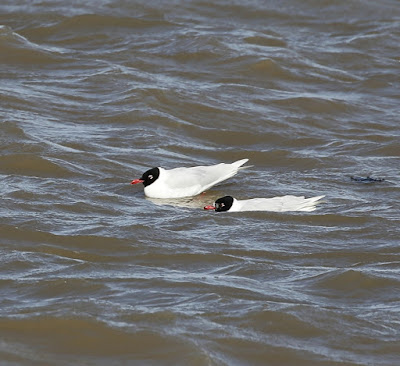 Starting off at Leysdown there was 2 adult Mediterranean Gull's on the sea in superb plumage , lot's of waders moving up and down the coast line included Turnstone, Sanderling & Redshank.

A walk out to Shellness also produced many more waders with large numbers of roosting Oystercatcher's , Dunlin & Grey Plover.

Every post in the water held a Turnstone , Redshank, Grey Plover or Knot. 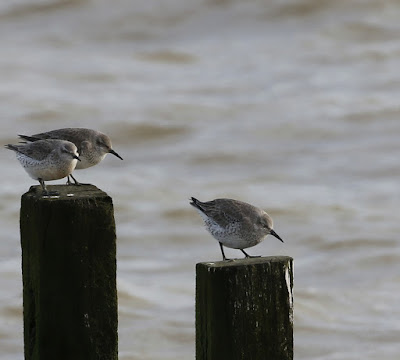 Plenty of Ringed Plovers & Sanderling were seen and 500+ Brent Geese were gathering in the adjacent fields with plenty of Red legged Partridge for company.

A brief look from the 'Raptor watch Point' at Capel produced a distant Ringtail Hen Harrier and half a dozen Marsh Harriers.

News of a Rough legged Buzzard showing well along the track to Elmley NNR had us heading there asap as it was already 4pm and the gate closes at 5pm !!!!

Well we were soon on site and had some superb views of the Rough legged Buzzard as it flew low over the track and landed . 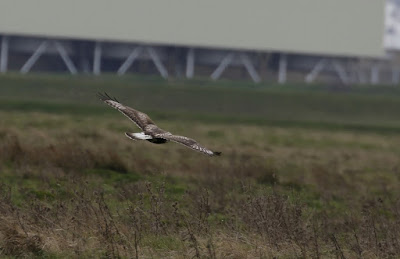 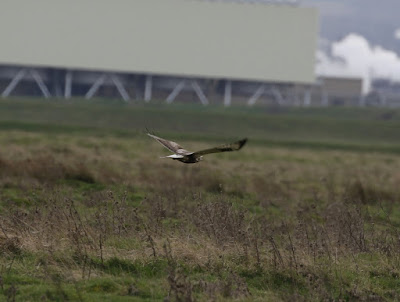 The white terminal tail band was obvious at this range (see 1st photo) and you can just make out the pale head in the 2nd photo.

It eventually gained height and headed further out into the marsh. 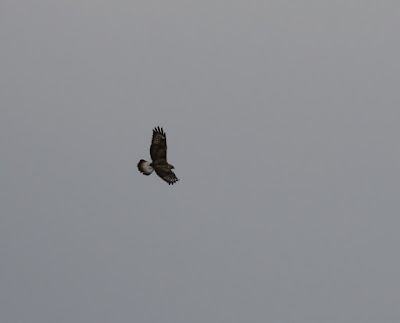 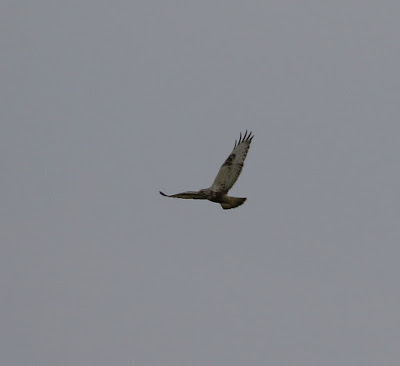 Later in the evening we saw the Rough legged Buzzard flying back over the track and heading towards Funton Creek. 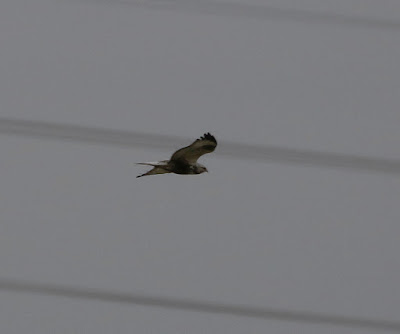 We also saw plenty of  Common Buzzards & Marsh Harriers along the track plus good numbers of Brown Hare. 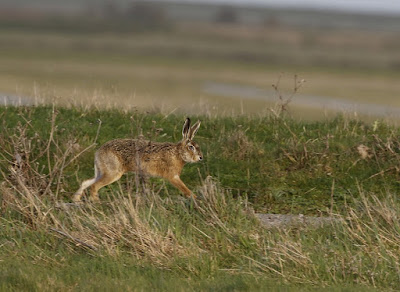 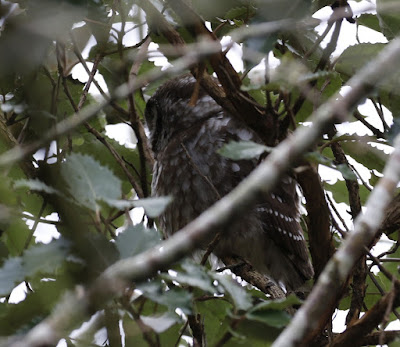 A Tengmalm's Owl on Shetland proved to good to resist and RR & myself made the long journey to Aberdeen and took the overnight ferry to Lerwick Shetland last Tuesday the 26th February.

We picked up the hire car from the ferry port on Wednesday morning at approx 7.30am and then drove to Tresta arriving about 8am , we made our way around to Lea gardens and started to look for the Tengmalm's Owl, which can be either seen very well , be quite elusive & well hidden or not seen at all !!! 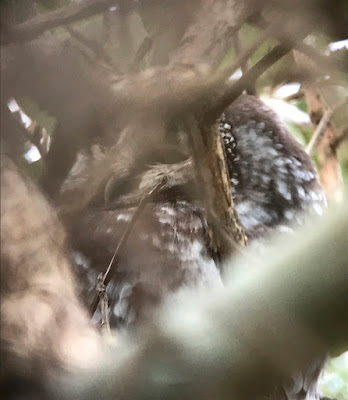 Front view of the Tengmalm's Owl

We heard a Long eared Owl whilst looking for our main target bird , i was quite convinced the Tengmalm's Owl was in a clump of bushes just up from the pond as there was alot of birds alarm calling in that area but despite looking i could not see anything.

It was almost 10 am and we had been on site for nearly 2 hours with no sign of the Tengmalm's Owl and RR & myself were discussing  staying on for an extra day, and then after walking back towards the garden after checking out another area we saw 20+ birders looking at the clump of bushes i thought the Tengmalm's Owl was in earlier.

Wow someone had located it well hidden in the tree , fantastic views through the scope were obtained (although my photos might not show that), a really stunning special bird to be lucky enough to see and made a very long journey worthwhile.

Many thanks to the garden owners for allowing access to see this fantastic bird. 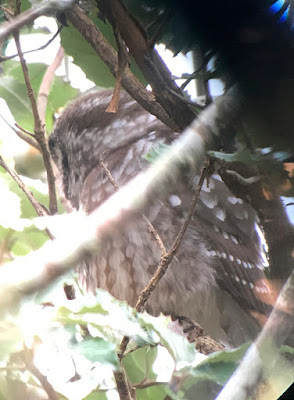 From here we headed to Cunningsburgh to try and see the Common Rosefinch which had been associating with House Sparrows. 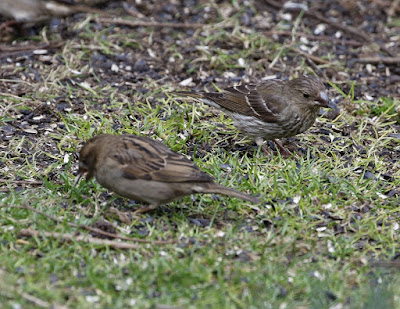 It was so great to see so many House Sparrows feeding well in this garden and of course the Common Rosefinch was a real bonus bird to see , many thanks to Jim .N. for allowing access to his garden. 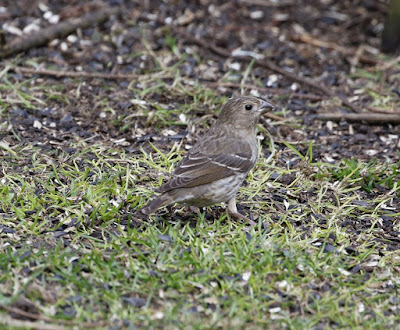 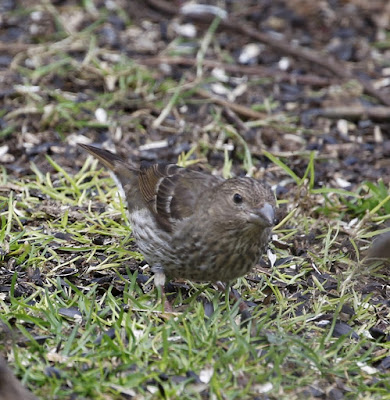 Time had really flew by so we decided to head to Shetland Catch in the hope of seeing some 'white wingers' , before we headed back to catch the overnight ferry back to Aberdeen. 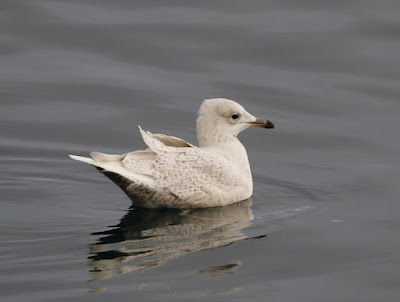 More or less the first bird we saw was an Iceland Gull which was very close in amongst Herring Gull, Great black backed Gull & Fulmar. 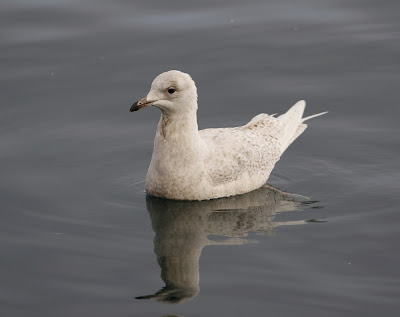 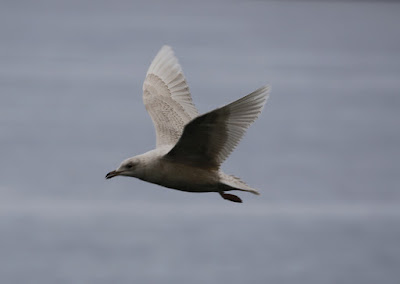 I then scanned through some large Gulls further out and picked out an adult Glaucous Gull which never came very close . 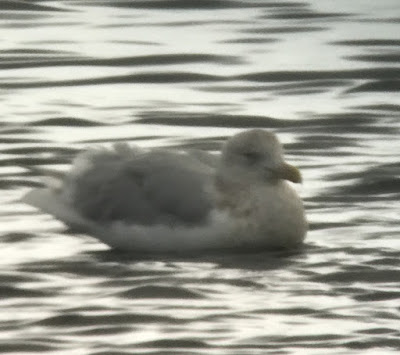 However there was some really great birds in this area that did come close enough for some photo's , such as good numbers of Black Guillemot & Long tailed Duck.

Plenty of  Kittiwakes , Eider & Shag  were seen to. 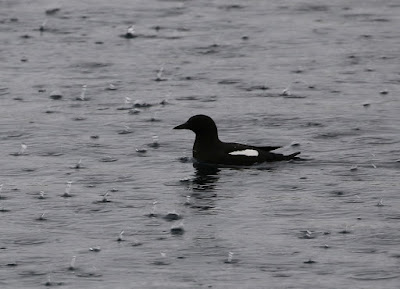 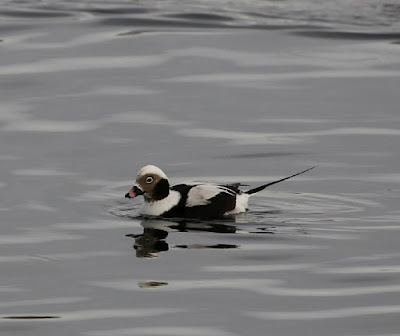 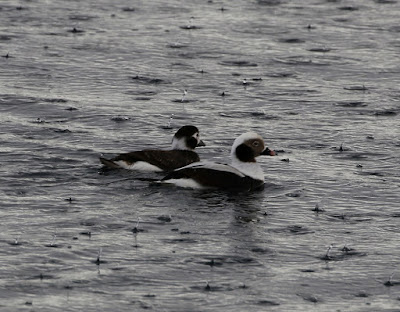 So that ends a 3 day adventure to Shetland , many thanks to the locals for allowing access to their gardens and many thanks to RR for arranging a fantastic trip.