Another Visit to Oare Marshes 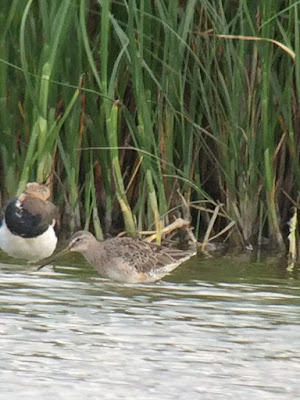 On Thursday the 24th August i called into Oare Marshes in time for high tide , the East flood was once again alive with Waders & Gulls, i was hoping to get a closer view of the Long Billed Dowitcher however it stayed mainly in the middle of the flood , it did fly closer at one point but then flew back to the reedy island , i did hear it calling though.

The adult Long Billed Dowitcher has moulted quite abit since i last saw it with very little colouration on the underparts. 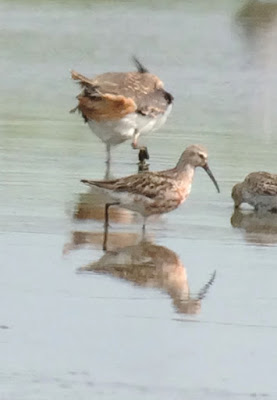 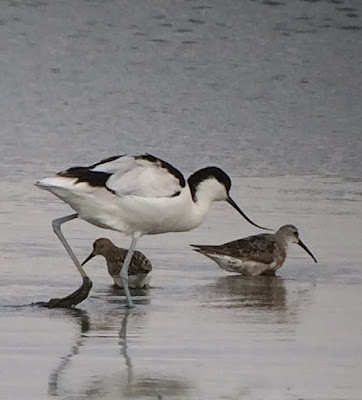 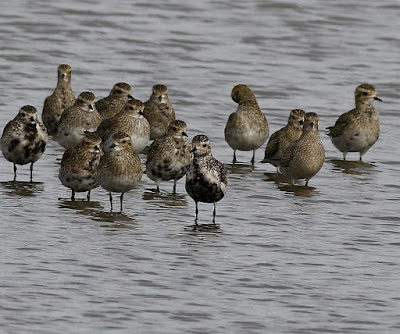 There was a really showy Yellow Wagtail near the pull-in plus a Sedge Warbler made a brief appearance. 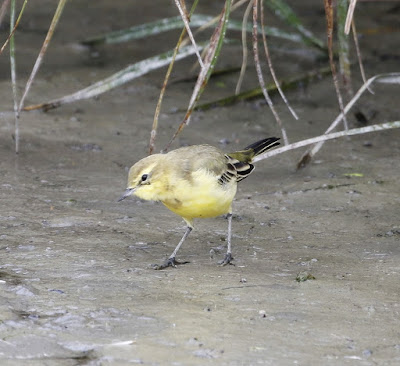 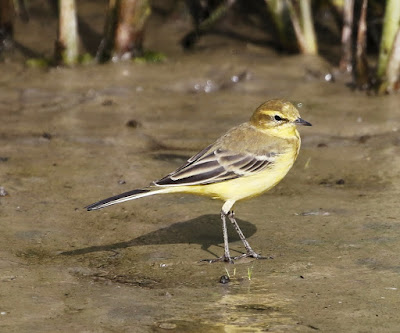 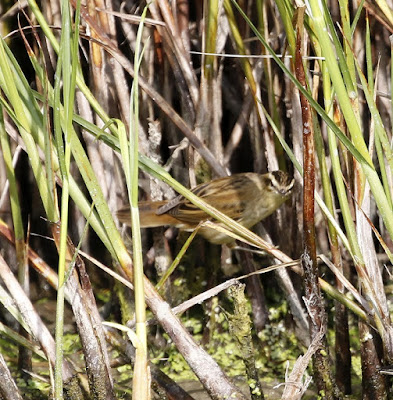 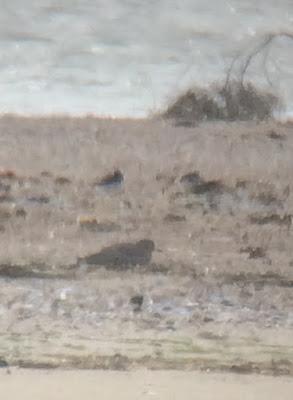 On the 18th August i saw only my 2nd ever Kent Stone Curlew which was roosting on the point viewed from Pegwell Bay , there was also a Spoonbill plus good numbers of Sandwich Tern roosting. 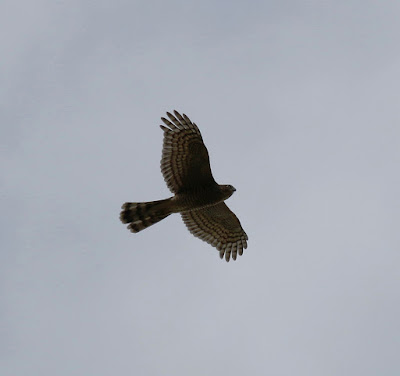 I called into Oare Marshes again today the 26th August in the hope of seeing the Osprey but sadly it had flown north by the time i got there , i had a look over the East flood and even though the tide was out there was a good selection of waders .

I bumped into a birder called Mike who had seen the Long Billed Dowitcher but it had flown out of sight (not having much luck today), there was a smart  Spotted Redshank plus 3 Bar Tailed Godwits with the huge Black Tailed Godwit flock , a brief view of the juv Little Stint and 2 Sparrowhawks flew over the flood spooking all the waders. 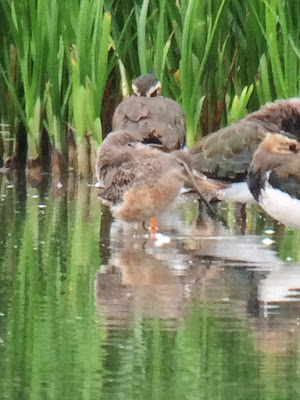 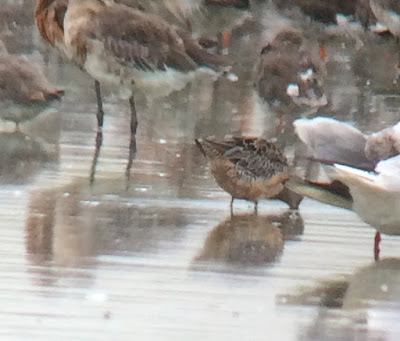 Feeding amongst the gulls.

The LBD spent quite sometime asleep but eventually started to become more active and feed amongst the Gulls , there was also a moulting adult Curlew Sandpiper keeping the LBD company alot of the time , there really was a great variety of waders on the East flood. 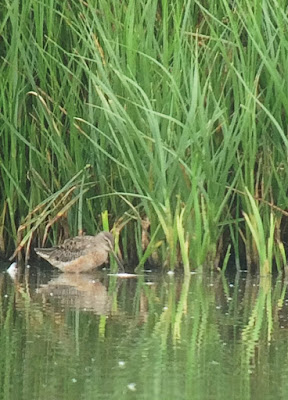 As hide tide approached several Golden Plover flew in to the East flood and there were plenty of Ruff around the flood plus 3 Whimbrel flew over head. 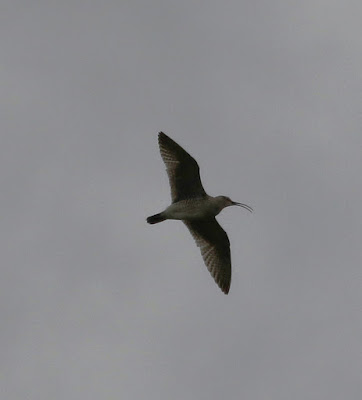 The adult Bonaparte's Gull flew into the East flood plus there was several Med Gulls also roosting among the large numbers of Black Headed Gulls , there was also Lesser Black Backed & Common Gulls in the gull roost, i also briefly saw the Garganey which has been around for a few days now.

The East flood is alive with birds just now and the water levels are just about right. 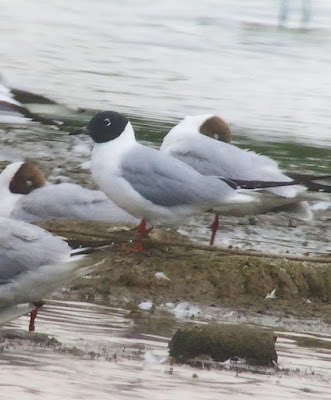 The Bonaparte's Gull has moulted alot since i took the above photo on the 8th July but is still a cracking bird to see.