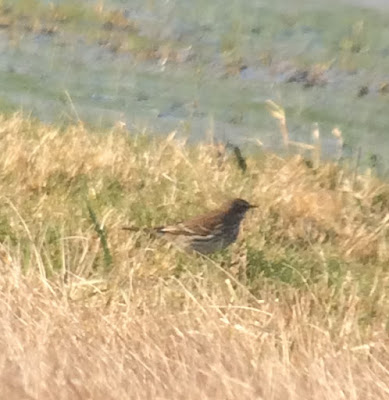 On the 5th February i called into Oare marshes in the hope of finally seeing the Water Pipits that have been seen on the New Excavations (having dipped on 2 occasions already) , well this time it proved third time lucky with no fewer than 7 Water Pipits seen.

They were not easy to see even then as they fed in the long grass and always quite distant. 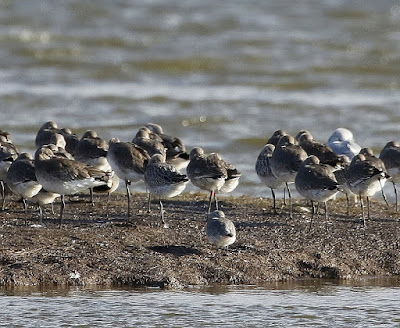 The wintering Long Billed Dowitcher was feeding on the other side of Faversham Creek and looking over towards Shellness i saw 100+ White Fronted Geese which were added to my Oare Marsh bird list.

Back on the East flood i saw the usual mix of waders plus a single Knot & 2 Bar Tailed Godwits roosting in with Black Tailed Godwits. 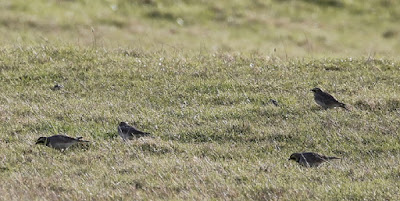 On the 12th February i went to Conyer keen to see the 10 Shorelarks that have been spending their time either on Sheppy or Conyer, so with positive news of them being at Conyer and the weather being good i took my chance. 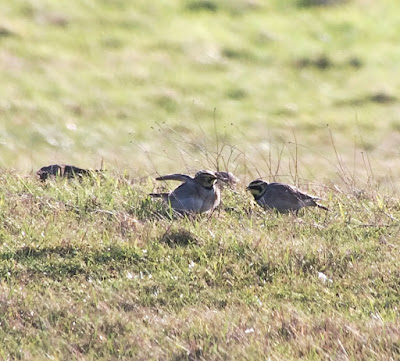 It's quite a walk out to the outflow and if the weather isn't kind to you it's pretty exposed to say the least , luckily today was a good day and i saw all 10 Shorelarks in the grassy field  , they spent most of the time in these fields foraging with 2 Stonechats keeping an eye on them from various fence posts. 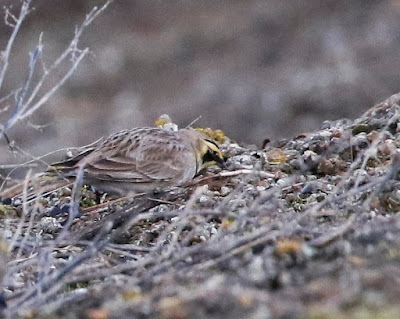 Late in the afternoon the Shorelarks all flew towards the sea wall and showed fairly well although with their backs to you they were very well camouflaged , however when they faced you with their incredibly bright yellow faces they were easy to see.

There was also 2 Snow Buntings along the sea wall and to say they were very tame is an understatement. Here are a small selection of photos that i took. 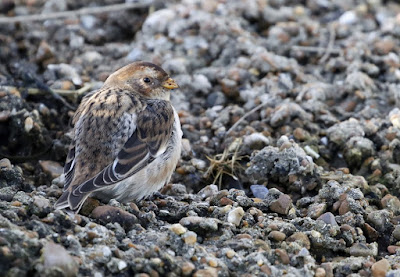 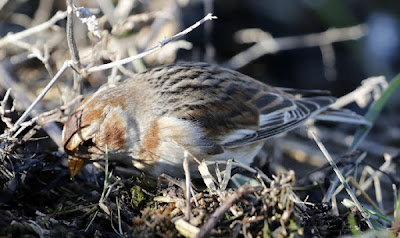 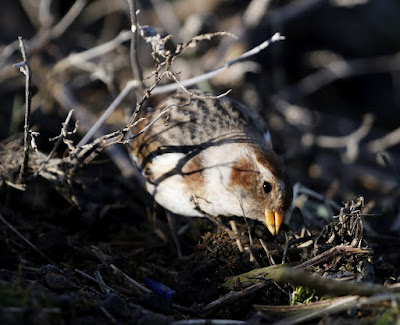 There were lots of waders & ducks out on the Swale plus plenty of Dark Bellied Brent Geese moving back & forth , a really enjoyable birding session. 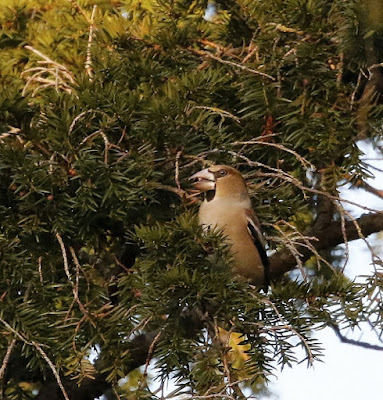 On the 1st February i tried a new site (to me anyway) for Hawfinch , i had seen pretty much daily reports of them there and choose this morning to go as this was the best morning weather wise. 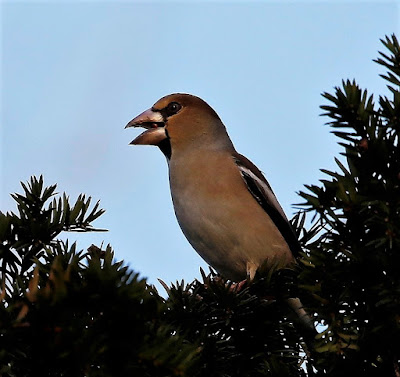 I parked up near the church and straight way i could hear Nuthatch & Goldcrest and then saw 2 Nuthatch high up in the nearby tree tops. 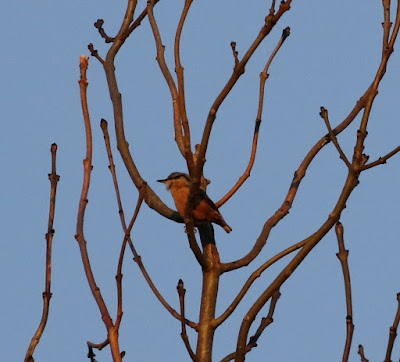 Early morning sun on this Nuthatch.

I wasn't 100% sure where to watch from so decided to have a walk around the church seeing lots of  Greenfinch, Goldfinch & Chaffinch.

Heading back towards the entrance i saw 3 Hawfinch flying over and then they landed in the Yew tree in front of me....Wow 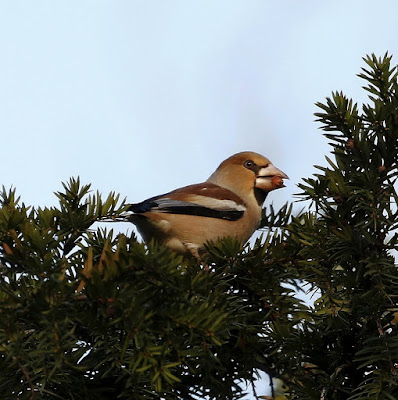 They were happily eating away and although they kept an eye on me (who can blame them) they weren't to bothered i was there.

Eventually another birder pulled up in his car and unfortunately that spooked them and they flew off before he saw them , however whilst chatting they reappeared in another tree. 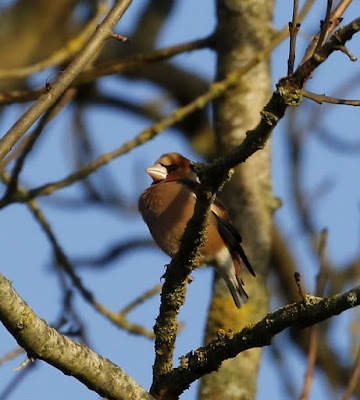 I took lots of photos and really enjoyed watching them , other birders had a arrived so i left them to it , great site and one i will revisit in the future. 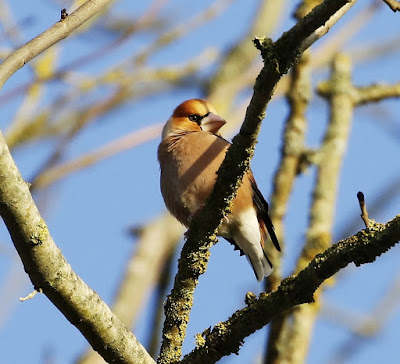 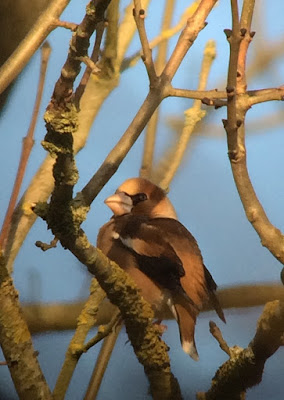 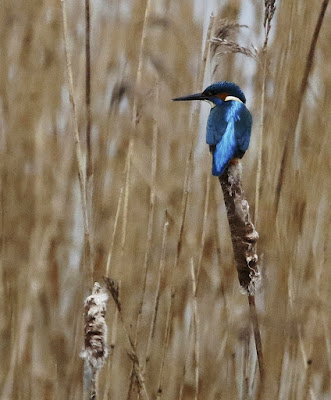 On 29th January i went to Dungeness & Scotney in the hope of seeing the Tundra Bean Geese at Scotney , they are quite scarce in Kent (or at least for me), i arrived at Scotney quite early and apart from the feral Barnacle Geese there were no geese in sight , so after awhile i headed to the Arc pits , i more or less saw the Black Throated Diver straight away plus there were really large numbers of Gadwall (possibly the most i have ever seen here ?!). 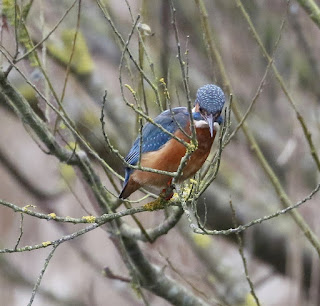 A Kingfisher flew past the hide and landed in the reeds and on closer inspection i could see it was a male bird and shortly after a second Kingfisher flew into a tree right in front of the hide. 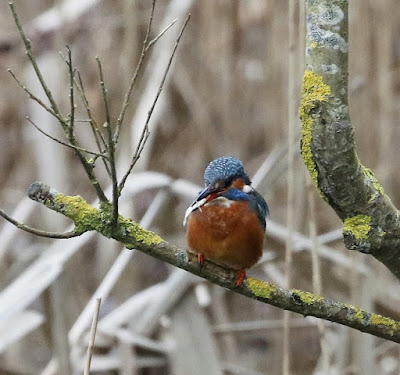 Female Kingfisher with a fish.

Really superb views of this female Kingfisher , i tried to get a photo of it fishing but it was just to quick for me, whilst watching the Kingfisher a Chiffchaff was busy flicking through the reeds and then a brief but brilliant view of a Firecrest was much appreciated.

From here i went on to the Christmas Dell hide and had superb views of a drake Smew and 2 'Redheads'. 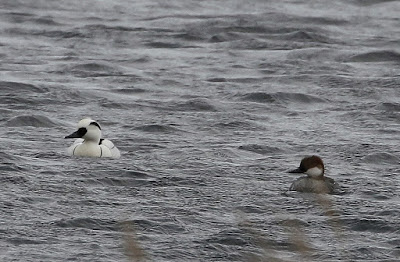 I really enjoy watching these superb birds , the female was presenting herself to the male who showed some signs of interest but was more interested in feeding at this point. 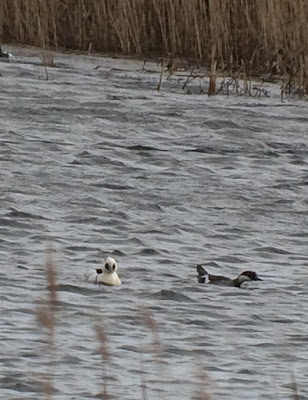 Female presenting to the male. 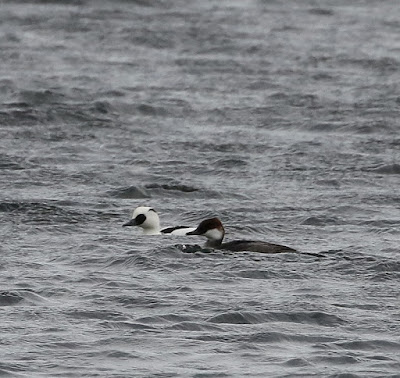 I also saw the Slavonian Grebe from here but that was quite elusive keeping to the right handside of the pool behind the trees mostly, plenty of Goldeneye were seen and then i decided to try and see if the Tundra Bean Geese had returned to Scotney. 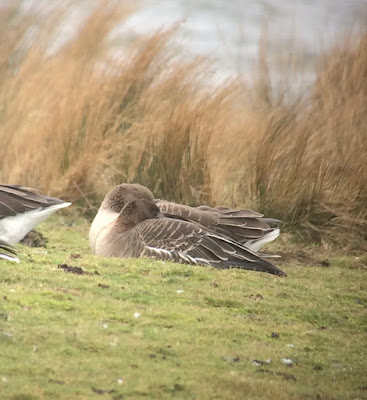 I soon located the Tundra Bean Geese sleeping among the Greylag Geese , one stood up briefly had a wing stretch and went back to sleep again, there was also 3 Egyptian Geese on the far bank.