My 2019 Bird Year List has been up and running since the 1st January and there has been 1 or 2 pleasant bonus birds already.

I have decided to try and do one Blog Post a Month from now on giving a brief  review of what birds i have seen that Month. The blog post will be quite long because of this. 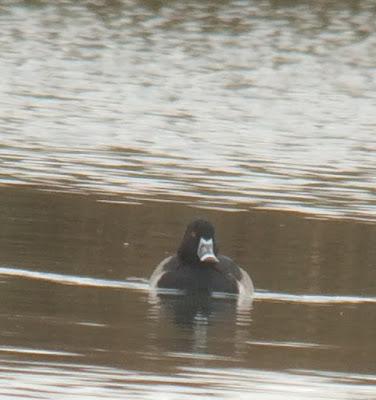 On the 1st January i started of at Abbeymead lake without seeing the ♂ Ring Necked Duck , however i did see Pochard & Tufted Duck plus 5+ Siskin's flew over the lake, thankfully the Ring Necked Duck was relocated nearby at Johnson's Lake and decent views of my main target bird were obtained.

From here i headed to Funton Creek (somewhere i used to birdwatch many years ago) and had distant views of the wintering Rough Legged Buzzard on the otherside of the creek. 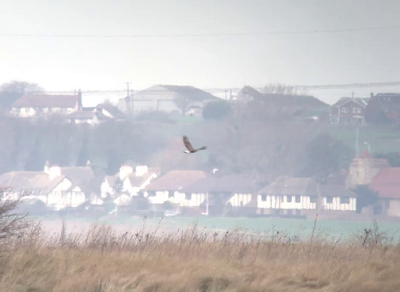 I never saw a RLB in 2018 and i really enjoyed this bonus bird very much , i first saw it perched on a bush then it flew to the nearby bank and was mobbed constantly by Carrion Crows.

I spent the afternoon on the Isle of Sheppy visiting Leysdown , Elmley, Swale NR & Capel Fleet. 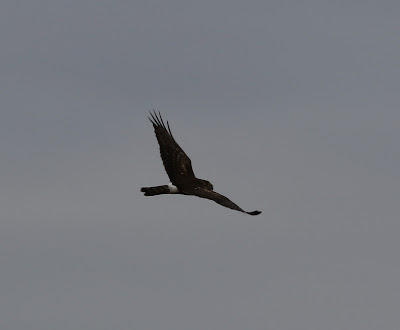 I saw 100+ White fronted Geese at Swale NR but didn't really add much elsewhere at Elmley or Leysdown, however Capel Fleet was much more productive with 4 Pink footed Geese, Peregrine Falcon & 2 more Ringtail Hen Harriers being the main highlights not to mention the Marsh Harrier roost of 30+ birds. 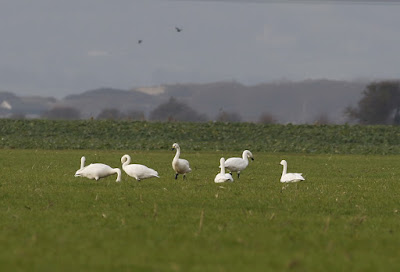 I started my day near Horse Bones Farm and was pleased to see 32 Ad & 3 juv Bewick Swans in their normal field by the farm.

I then went to the Rspb reserve and was amazed to see so many Lapwings on the islands plus there must of been 2 to 3000 Cormorants present.

Great white Egret was added to my year list as was Goldeneye. 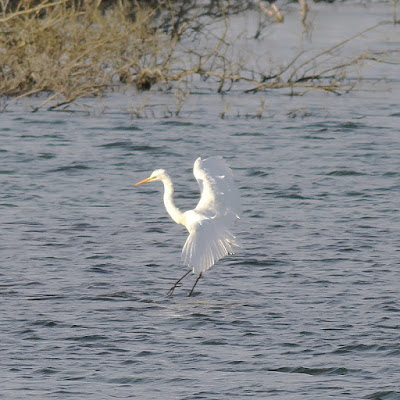 I was having trouble finding Cattle Egret but RR & PG pointed me in the right direction (many thanks). 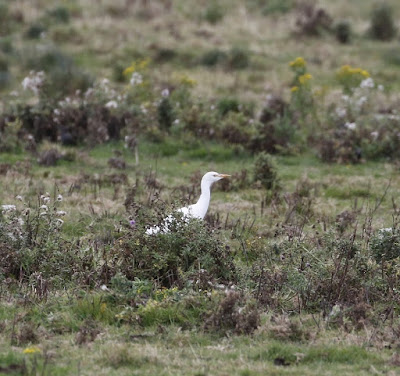 I then went to have a look from the Fishing boats and there were very good numbers of Gannet & Guillemot both on the sea and flying past , once again there were Cormorants everywhere. 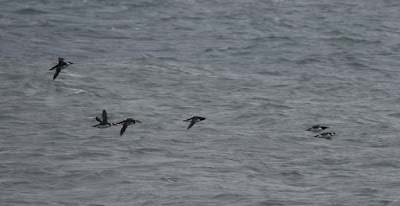 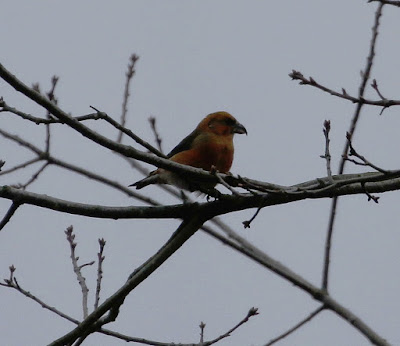 However the main target bird here was Common Crossbill and i was not disappointed , in total we had approx 25 birds. 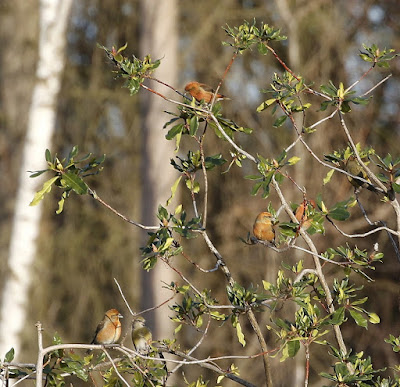 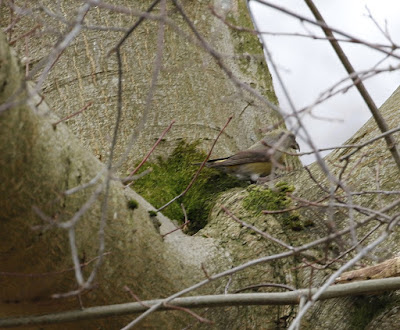 ♀ Common Crossbill coming in for a drink.

On my way home from Hemsted Forest i called into Oare Marshes to try and see the Bewick's Swan on the East Flood which Geoff.B. had found that morning. 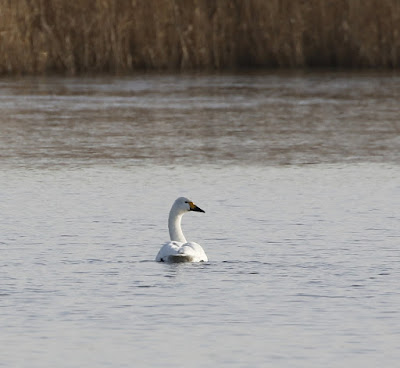 Thankfully it was still present and i happily added it to my Oare Marsh Bird List. 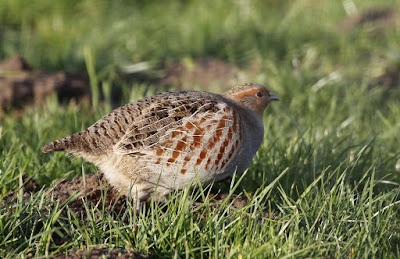 A trip to Sandwich Bay was hard going on the 19th , it was quite windy and very cold , the only highlight was a covey of 16 Grey Partridge , which are much harder to see in Kent these days sadly. 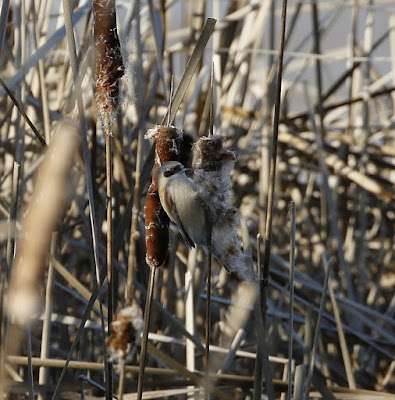 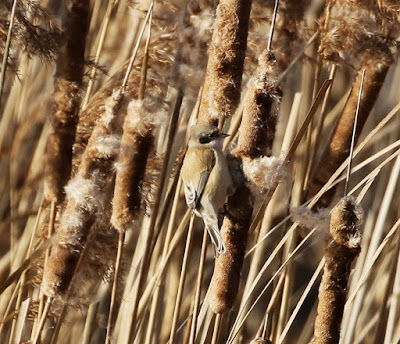 I made my way over to the Feast hide and duly met Chidders there and after 1 & half hours later the Penduline Tit reappeared in front of the hide giving some fantastic views. 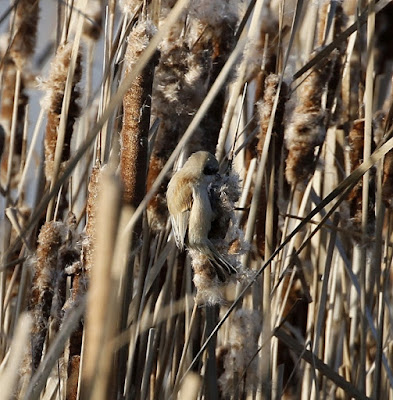 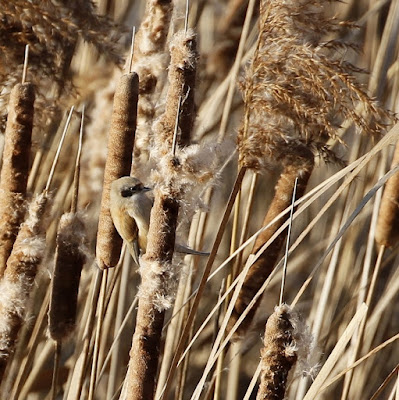 Fairly sure this is a female Penduline Tit , it has a narrow face mask and the mantle is not that bright in colour , the upper breast appears plain in colour , however i am no expert and sure someone will put me right one way or another. 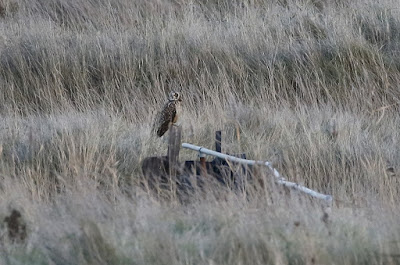 An afternoon visit to Reculver Marshes was rewarded with 2 Short eared Owls showing really well at times, We first saw one perched on a post and  soon quickly saw a second bird. 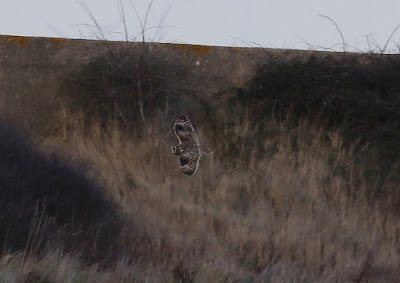 They never came really close however through the scope great views were obtained.

On the way back to the car we could hear the alarm call of several small birds and then a Little Owl swopped down in front of us and landed back on top of a telegraph pole. 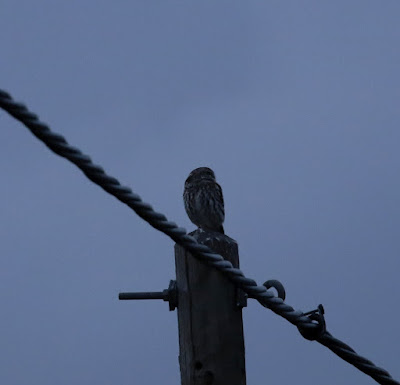 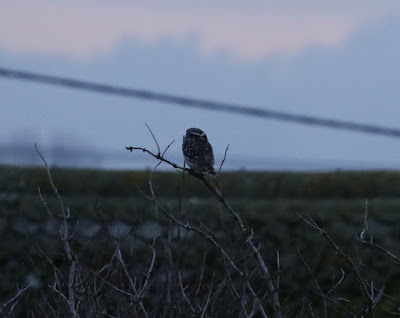 Love the markings on the rear of it's head. 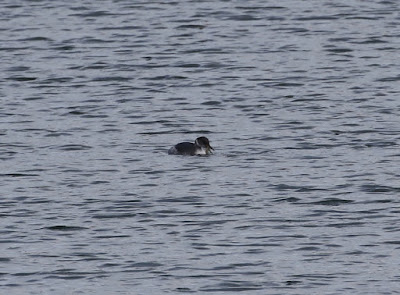 Our target was 5 species of Grebe on one pool , we instantly saw Little Grebe , then MW picked out both Red necked Grebes , great start and Great crested Grebe was soon added to the total. 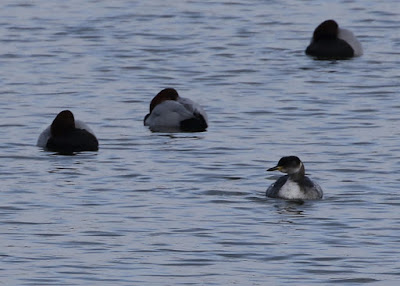 We walked further along Alpha Pool when RR was on to another small grebe and through my scope i could id it as a Slavonian Grebe , so thats 4 down 1 to go , RR was on a roll as he then found the Black necked Grebes , in fact he found 2 birds together , MW found a 3rd bird and i finally found a 4th Black necked Grebe right at the back asleep. 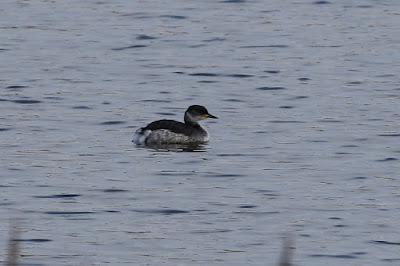 It was very cold here with a biting wind which made it hard going but we enjoyed some good but distant views of all these Grebes which were a bit to distant for photos.

MW then heard & picked out a Raven flying past, which was a new bird for my year list. 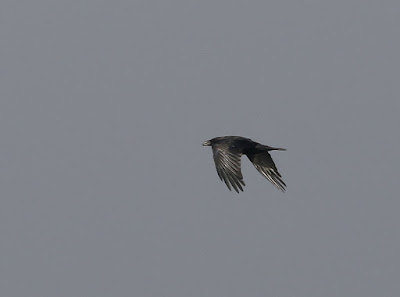 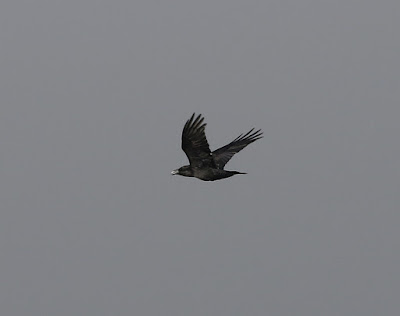 On the way back we saw a Greenshank briefly in the creek and again later on Flamingo Pool , where MW noticed it was colour ringed. 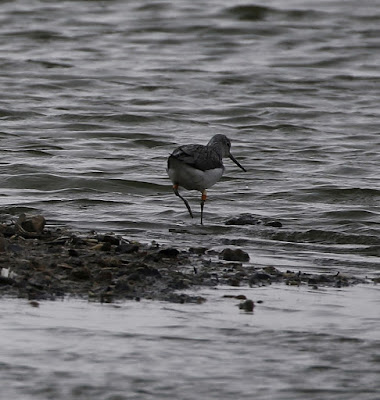 Well that concludes this month's birding review , many thanks for taking the time to read it.