No Woodchat...But Plenty of Hobby at Dungeness 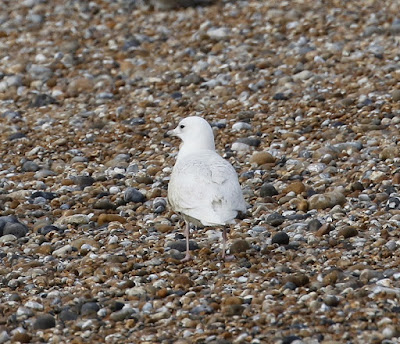 Iceland Gull on the Beach.

On Saturday morning the 13th May i decided to try and see the Woodchat Shrike which was seen the previous evening at Dungeness near South View , to be honest i wasn't to optimistic it would still be there and my lack of confidence proved correct unfortunately.

Still i always enjoy a visit to Dungeness as there is normally always something to see , after spending a short time dipping the Shrike (i did see 2 Wheatears there) so not a complete waste of time , i headed to the patch and had some decent views of the lingering Iceland Gull which was roosting on the beach and every now and again flying over 'The Boil'.

From here i had a look around the Long Pits and added Cuckoo to my year list plus i heard & saw Common Whitethroat , Blackcap , Lesser Whitethroat , Willow Warbler & Chiffchaff. 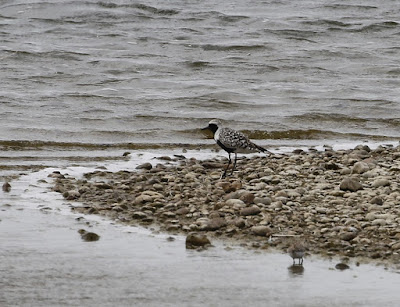 I called into the Rspb reserve and once again saw the Iceland Gull which had followed me there from the  patch !!!

Plus i also saw a stunning summer plumage Grey Plover which had a Dunlin for company , otherwise it was fairly quite from the hides , on my way out of the reserve by Cooks pool i noticed a low flying Hobby so i decided to try and get a photo of this cracking Falcon. 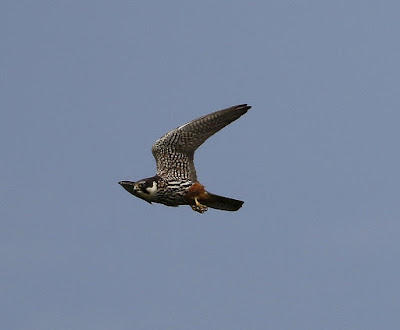 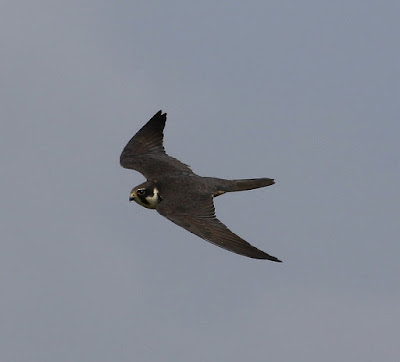 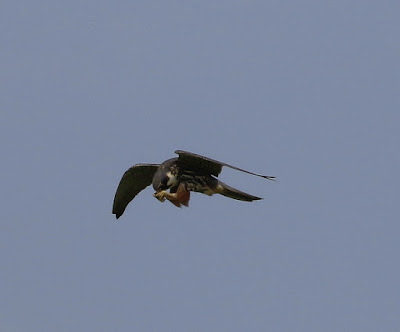 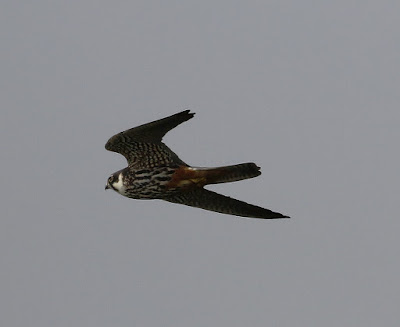 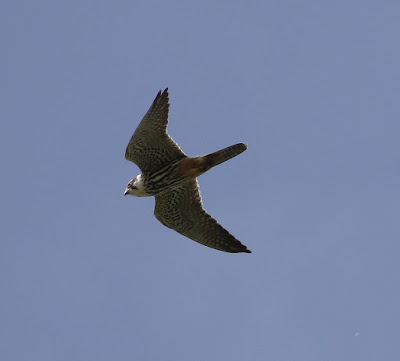 There were at least 6 Hobby hunting over the pool and i really enjoyed watching these stunning birds , i also added at least 7 Common Swifts to my year list. 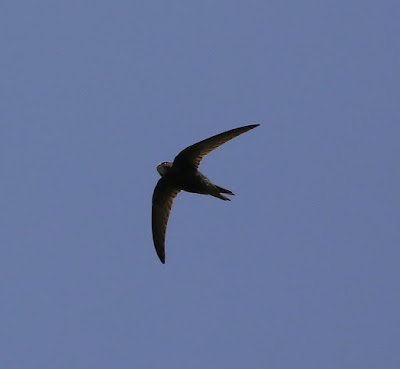 Day Trip to Minsmere..... Plus Quick visit to Oare 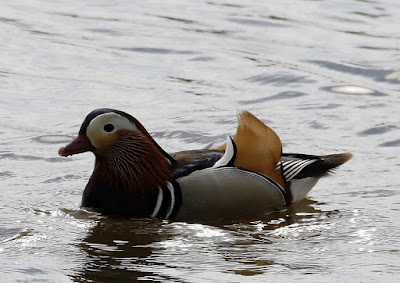 I had a really great days birding at Minsmere Rspb reserve yesterday with Richard , arriving on site at approx 7am , we walked around to the Island Mere hide in the hope of seeing or at least hearing the Savi's Warbler , straight away a Bittern starting 'Booming' near the hide but remained unseen , then i heard the distant 'Reeling' of the Savi's Warbler , fantastic sounds of two iconic birds Bittern & Savi's .

The Savi's Warbler was constantly 'Reeling' and i eventually managed to see it on top of a bush to the right of  'L' sign post about 200m south of the hide , i got everybody onto it and you could see it quite well although to distant for a photo , it stayed on view for about 10 mins before dropping down into the bush again.

Other birds seen & heard from here were Cetti's , Sedge, Common Whitethroat & Reed Warblers plus i heard a Nightingale on the way around to the hides overlooking the scrape.

We were informed by one of the reserves volunteers of a male Mandarin which has paired up with a female Mallard , be interesting to see what the offspring look like...lol

On the walk towards the sluice and just before the South hide a Water Vole scurried across the path in front of us .

There were 2 Wheatears near the sluice , the male bird showing very well. 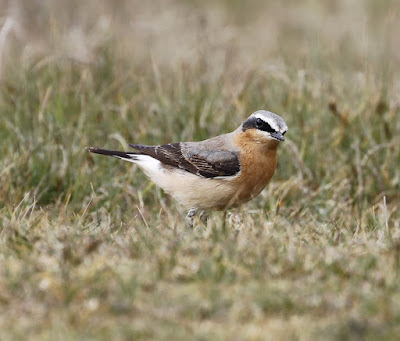 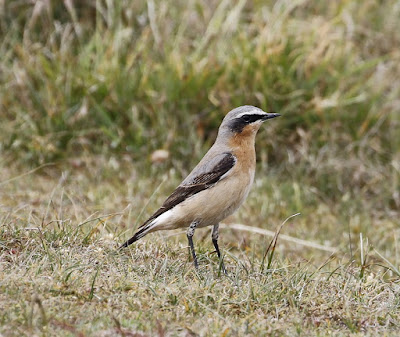 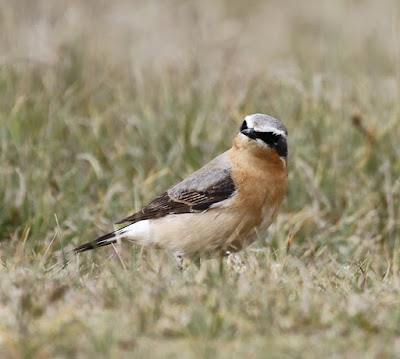 We checked out the bushes towards  Sizwell and there were plenty of Common Whitethroats and a pair of Stonechats , the scrape also held plenty of waders including 1 summer plumage Bar Tailed Godwit. 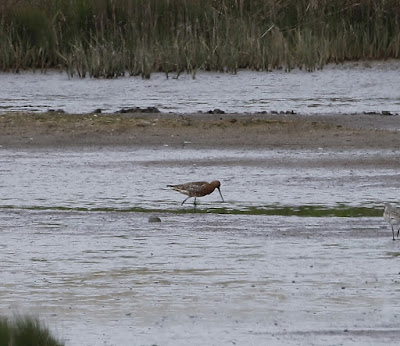 Walking back past the main scrape we saw 50+ Kittiwakes , Common & Sandwich Terns and i also added 2 Little Terns to my year list. 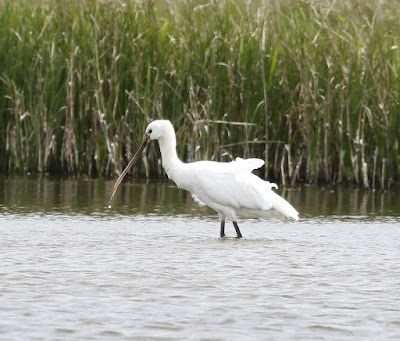 On Sunday morning i paid a very quick visit to Oare Marshes after hearing news of a Spoonbill being present on the East flood , i quickly pulled up into the pull-in and straight away saw the Spoonbill asleep in the middle of the flood , eventually it had a fly around and landed closer and started feeding.

Here are a few photo's i took. 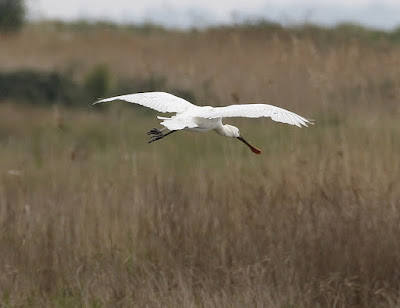 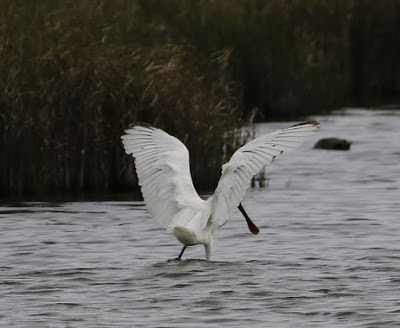 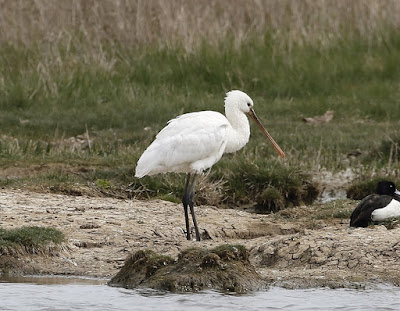 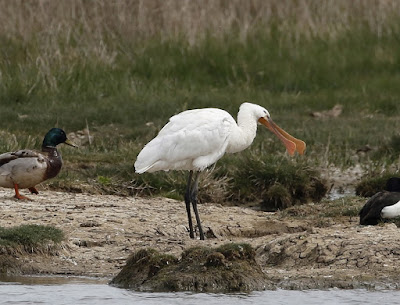 Whilst watching the Spoonbill a small flock of waders flew into the scrape and were indeed 28 Knot including 6 birds in summer plumage.