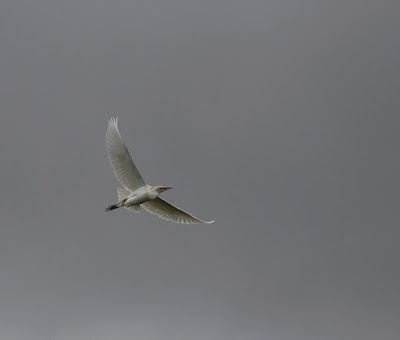 Cattle Egret.
On Saturday the 8th May i headed to Old Ferry Road on the Isle of Sheppy in the hope of seeing the Cattle Egrets that had taken up residence there over the last few weeks.
As i came over the old bridge i could see in the distance at least 3 Cattle Egrets and as i eventually pulled up along the road a further 2 birds flew in making a total of 5 Cattle Egrets !! 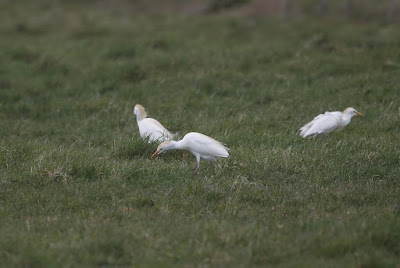 3 of the 5 Cattle Egrets.
These birds were in superb breeding plumage and one bird in particular was much further advanced in it's plumage, they came very close at times (i stayed in the car) and on occasion they would get flushed by a Marsh Harrier , they would then fly around and eventually would return to their favoured field. 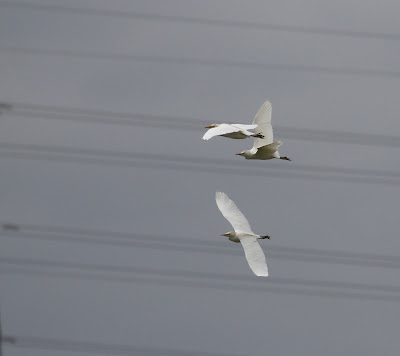 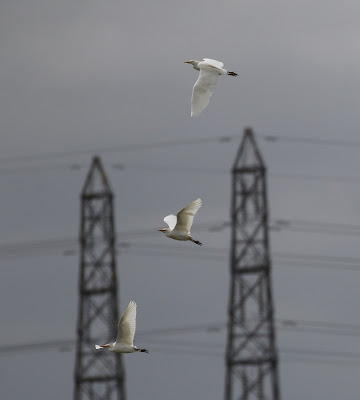 Having a fly around.
Here are a small selection of photos : 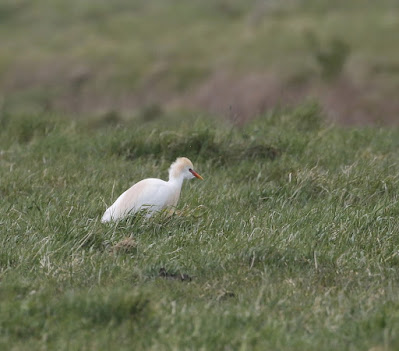 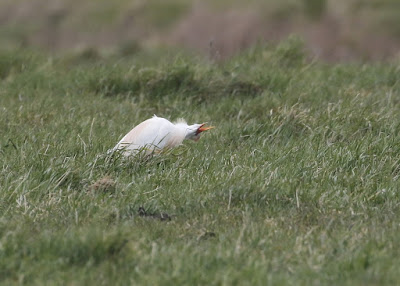 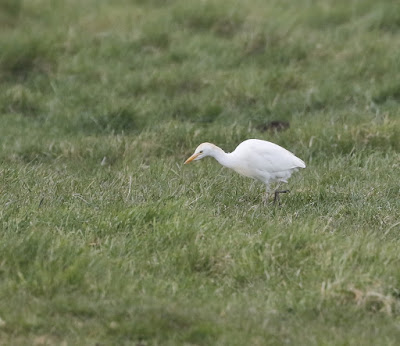 Cattle Egret.
On checking my bird notes these Cattle Egrets are surprisingly  the first ones i have ever seen on the Isle of Sheppy.
Posted by Robs Birding at 03:09

A Day Out in Surrey 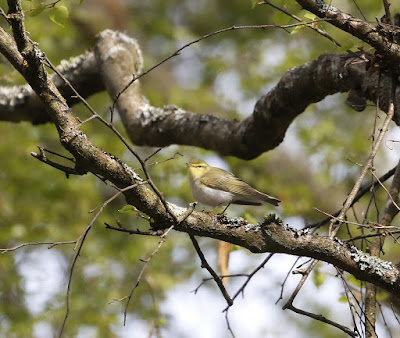 Wood Warbler
A day trip was planned in Surrey on the 1st May, starting off at Puttenham Common, i had never been to this site before and i was really trying to get lucky with the Wood Warbler that had set up a territory within the Common. 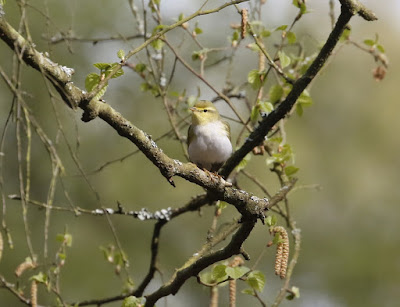 Silvery white underparts .
I have not seen a Wood Warbler since 2019 and the views were not that great even then , i made my way around to the area it had set up territory and i could hear it singing as i approached. 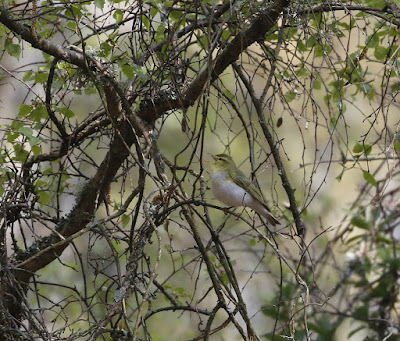 Wood Warbler in full voice.
I spent nearly 3 hours here watching this delightful Warbler , listening to it singing & calling was as enjoyable as watching it flit about the branches. 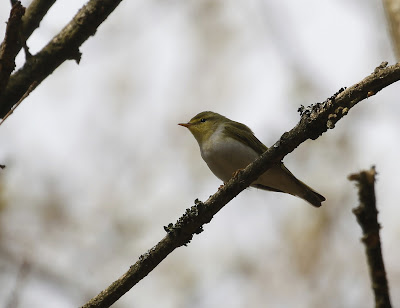 Wood Warbler.
From here i headed to Thursley Common.
Thursley  Common
I really enjoyed birding here, we just don't have this type of habitat in Kent , Dartford Warblers were very vocal from the gorse bushes and even dared to show themselves on occasion. 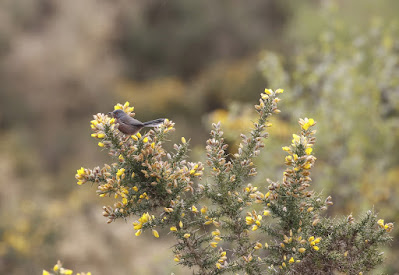 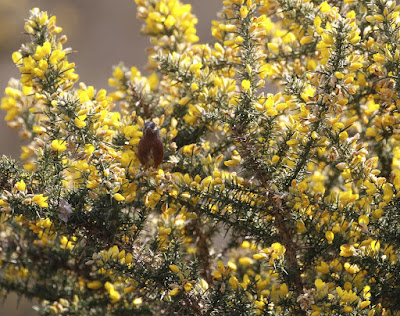 Dartford Warbler.
A couple of Stonechats were seen, a single Wheatear appeared briefly, several Lesser Redpoll flew overhead , then i heard the unmistakable song of a Tree Pipit. 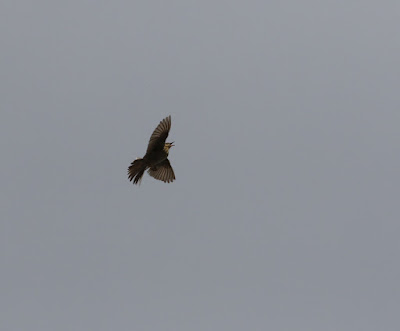 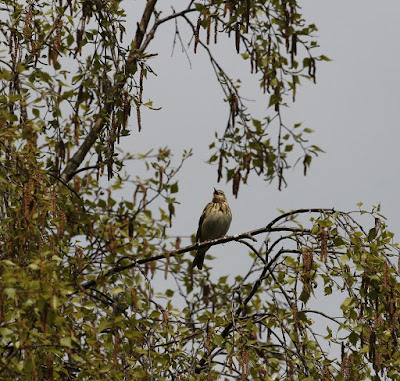 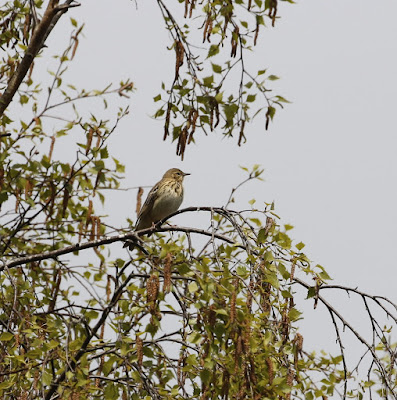 Tree Pipit.
They have such an amazing display flight & song, cracking birds to see.
I decided to have a look to see if  'Colin' the Cuckoo  was preforming today as i have never made the trip to see him before, i believe it's his 7th or 8th year returning to Thursley Common which is remarkable considering what he has to go through on each migration route !!!
I was not disappointed as 'Colin' did put in an appearance. 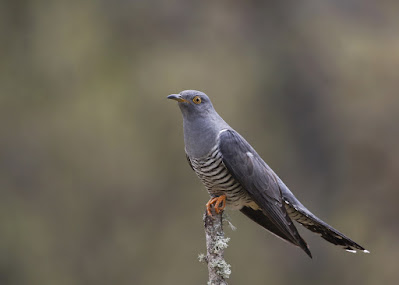 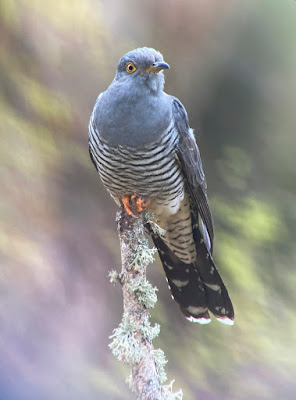 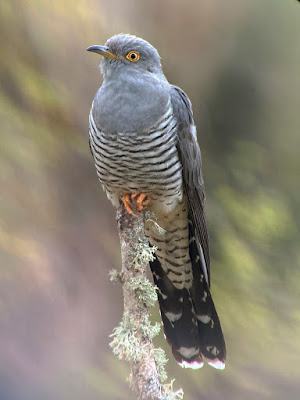 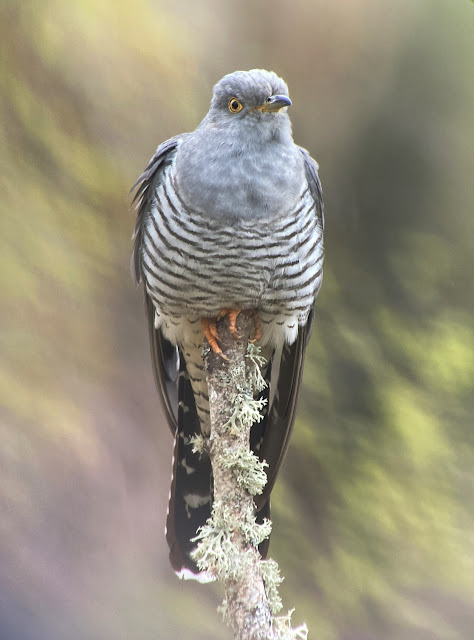 'Colin' the Cuckoo.
I have to say i am not a fan of having staging put up for wild birds to pose on however the local resident birds were certainly making use of the meal worms that some had left to attract the Cuckoo.
There were plenty of Chaffinch & Goldfinch coming down to feed plus Blackbird & Mistle Thrush didn't turn their noses up to some free grub. 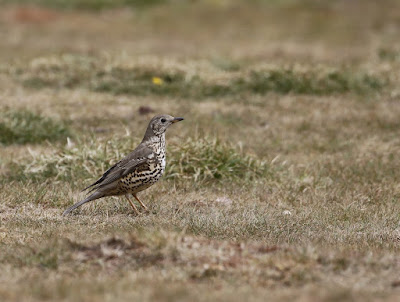 Mistle Thrush.
A Woodlark came down for a feed and a male Common Redstart posed for the camera to. 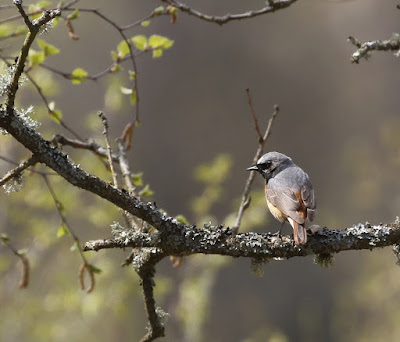 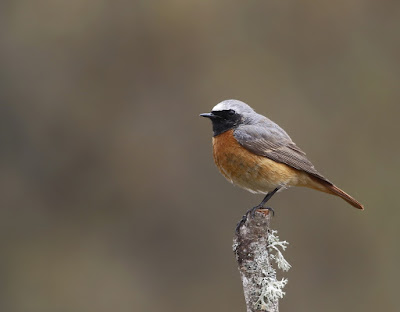 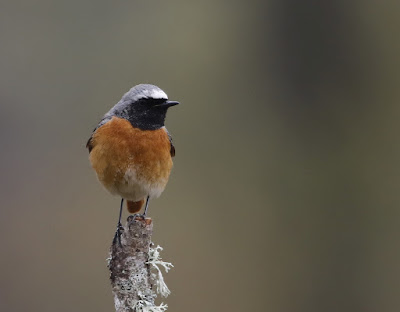 Common Redstart.
A really great days birding in Surrey with pretty much all target birds seen and seen well to, i am looking forward to next years visit already. 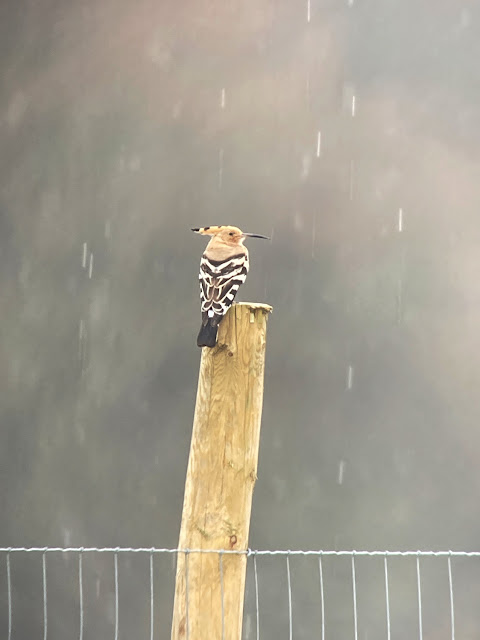 Hoopoe in the rain.
A short journey over to Stelling Minnis on Friday afternoon on the 30th April to see the glorious looking Hoopoe was very successful.
On arrival i had missed it by approx 15 mins but at least it was still in the area somewhere, anyhow another 45 mins went by with no sign and it had started to rain so things were looking a little grim.
Then the shout went up and the Hoopoe gave it's self up to it's admiring audience, here are a selection of digi scoped photos i took. 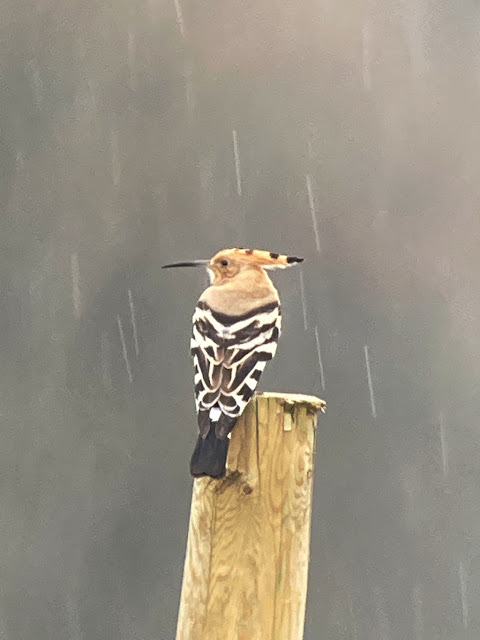 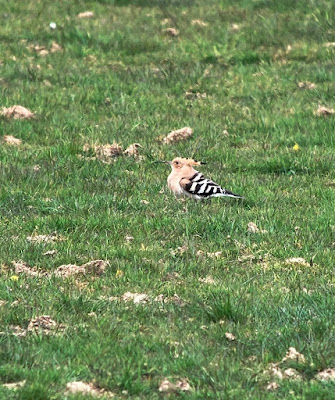 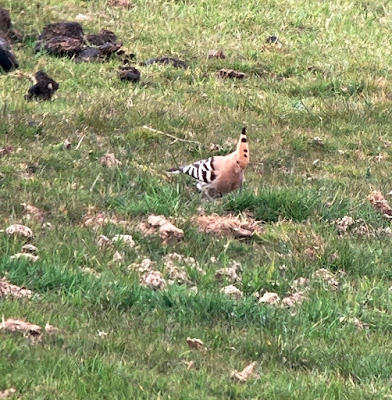