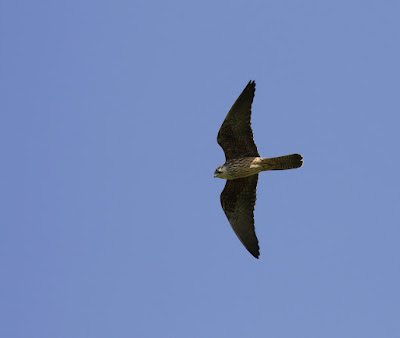 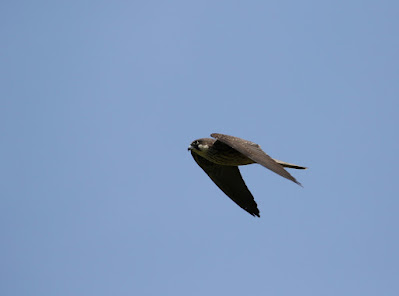 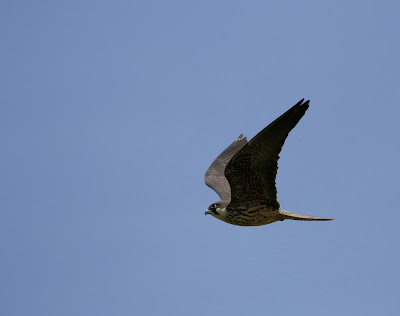 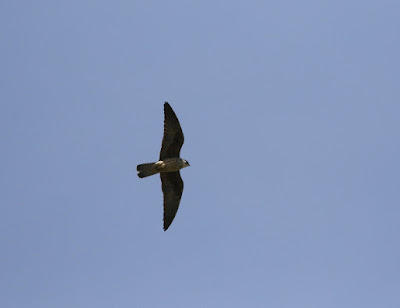 Eleonora's Falcon.
Also present on the 27th May at Worth Marshes was a superb 1st summer Red-Footed Falcon. 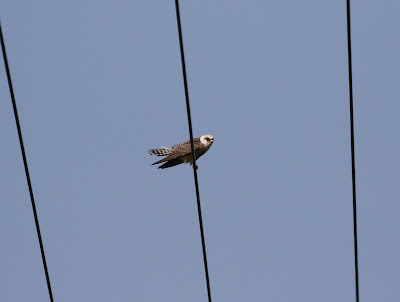 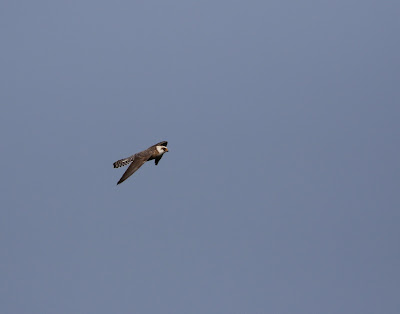 Red-Footed Falcon.
30th May 2022 :  South Foreland
After only having a very brief view of the Sardinian Warbler on Saturday afternoon (28th) and not even hearing it call or in song left me feeling a bit disappointed , although i saw the bird the view was very poor and in all honesty and after alot of soul searching  i really felt i could not add it to my Kent Bird List on those views.
However another early morning trip on Monday the 30th was very successful, the Sardinian Warbler was heard in song several times plus i also heard it call frequently , i did see it in flight several times and perched briefly in a bush, so i can now happily with a clear conscience add it to my Kent Bird List !!!
2nd June 2022  :  Worth Marshes 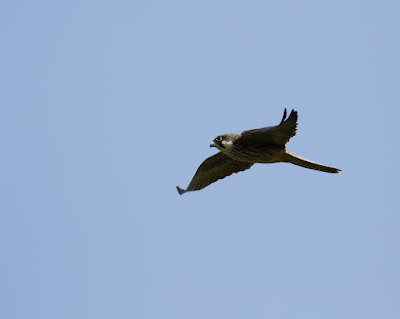 Eleonora's Falcon.
I couldn't resist another look at this magnificent bird at Worth Marshes which has delighted so many people during it's stay , not only is it a first record for Kent but i believe it's the first ever twitchable  Eleonora's in the UK . 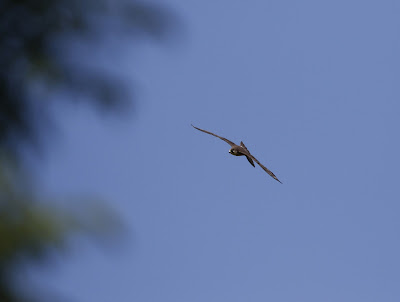 Eleonora's Falcon.
There was also a very good supporting cast including a Honey Buzzard over the car park plus several Hobby over Great Wood and the Red Footed Falcon also flew over the car park. 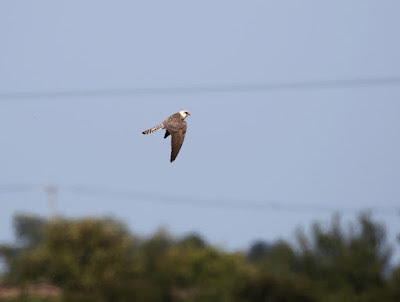 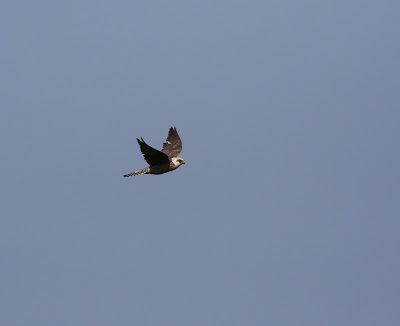