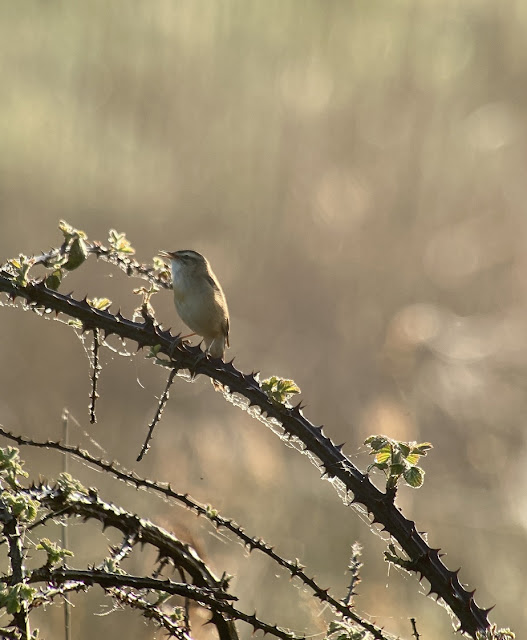 Sedge Warbler at Grove Ferry.
I really enjoy both Stodmarsh & Grove Ferry in the spring , the sound of newly arrived Sedge & Reed Warblers is a magical sound coming from the reedbeds.
We started at the Grove Ferry end and bird song was in full force starting with 3 Bullfinch along the entrance track, Cetti's, Sedge & Reed Warbler were in abundance all over the reserve, plenty of  Blackcaps & Chiffchaffs in full voice made it a very pleasant walk.
STODMARSH 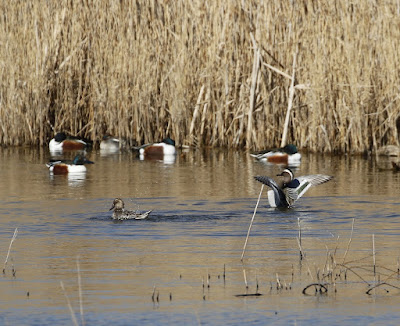 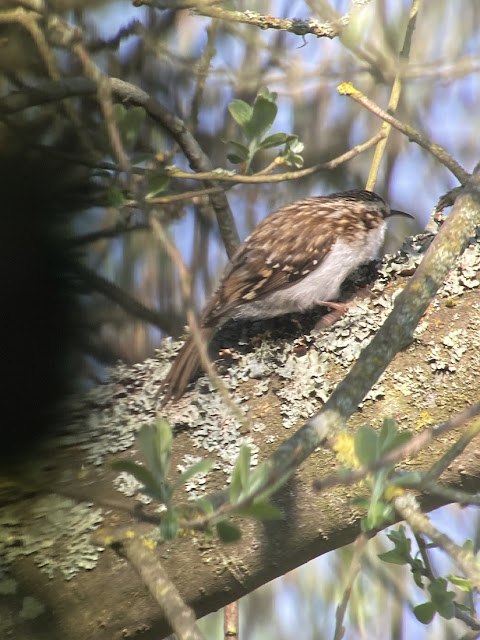 Treecreeper.
18th April  :  STODMARSH
News of a Purple Heron (Great find by Martyn Wilson) near the Marsh hide had me heading there asap, and to keep a long story short i missed the Purple Heron by a few minutes as it had flown out of view before i got there.
Despite waiting for it's hoped for re-appearance for nearly  2 & half hours it never came back (but did appear later in the afternoon long after i had gone !!!).
We did see some really good birds whilst we waited in vain including a cracking Little Ringed Plover. 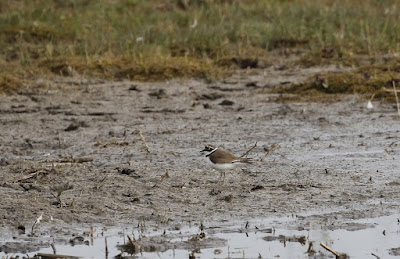 Little Ringed Plover.
I also heard my first Cuckoo of the year plus 2 Bittern's were heard 'Booming' , another close view of a male Garganey in front of the hide was most welcome to. 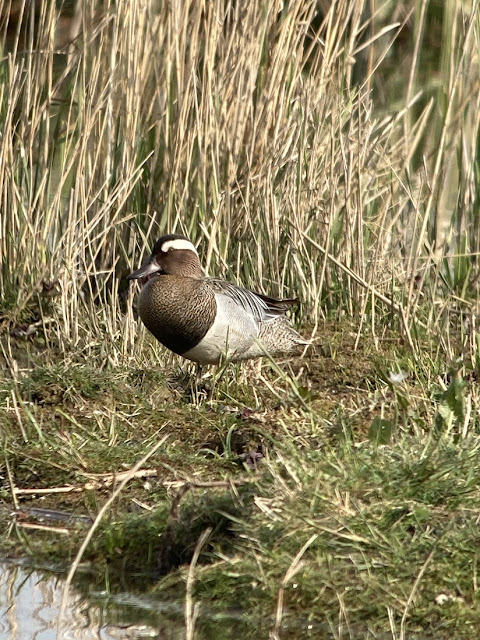 Garganey
On the way back we also saw the Little Owl on the old farm building. 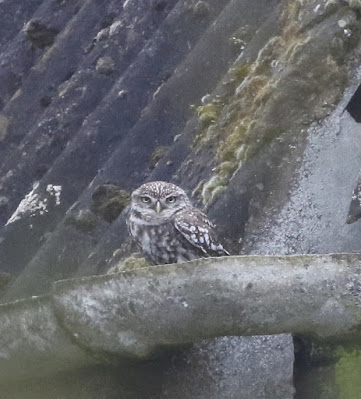 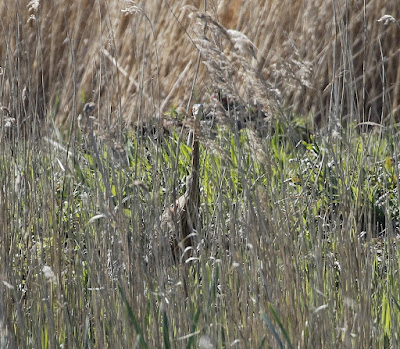 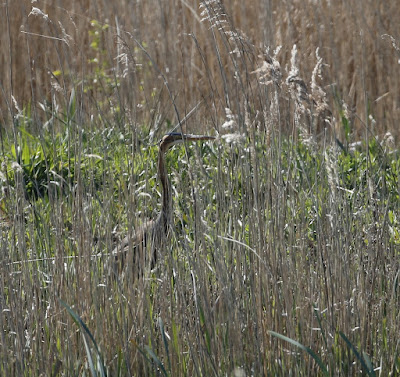 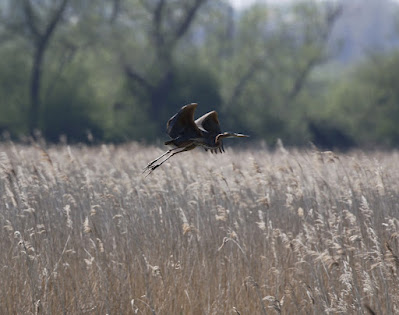 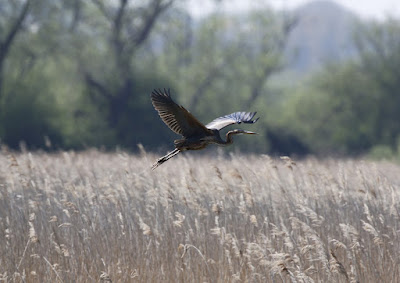 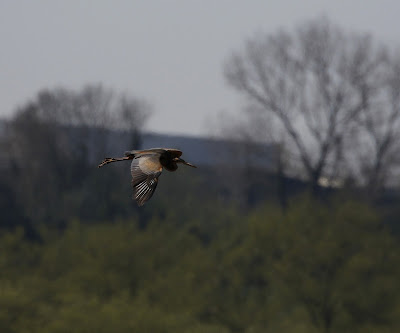 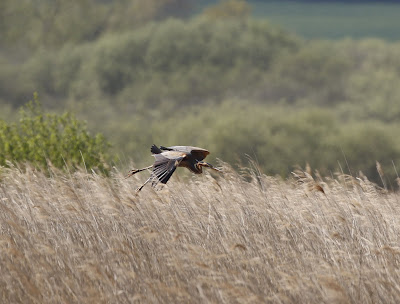 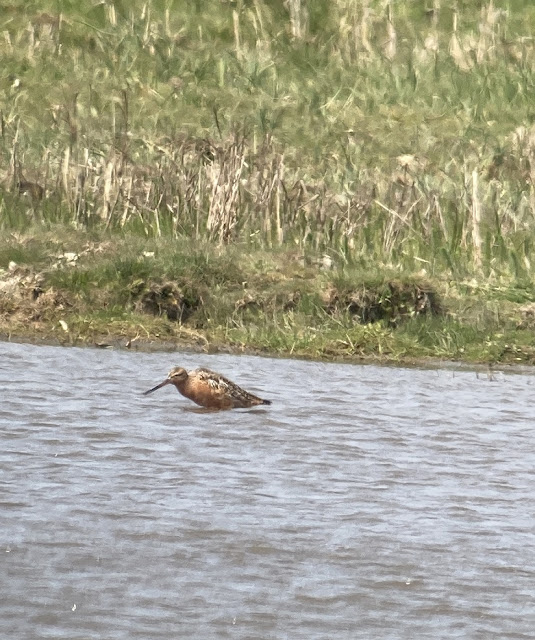 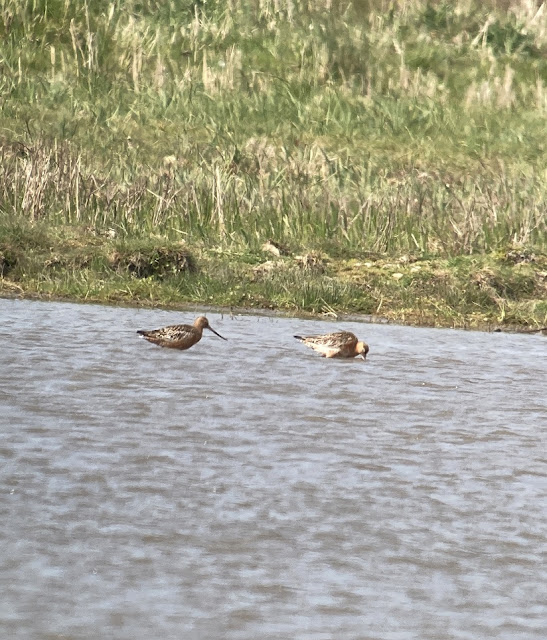 2 Bar Tailed Godwits.
It was also great to see at least 3 Hobby on route to the Marsh hide including one bird perched on a distant fence post. 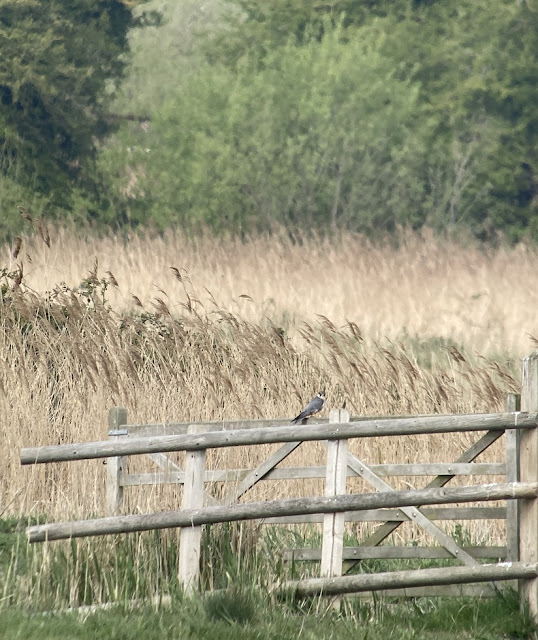 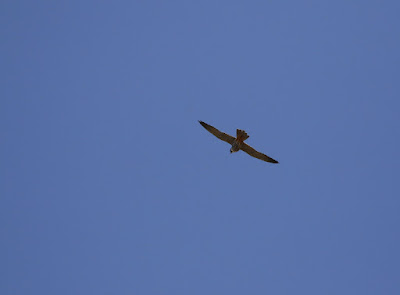 Hobby in flight.
We were also lucky to once again  see the Purple Heron in flight between the Alder Wood and Marsh Hide. 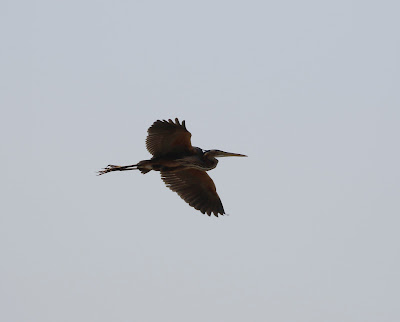 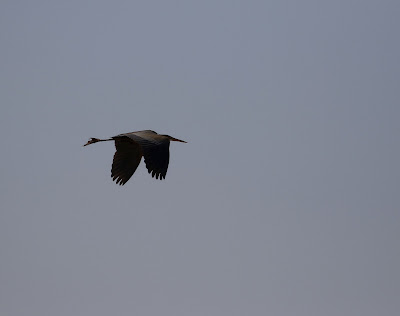 Purple Heron in flight.
A quick look in the Reedbed hide produced a pair of Garganey sleeping and a very close Green Sandpiper. 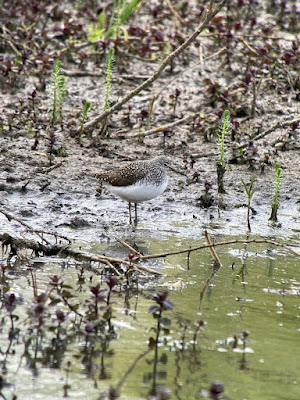