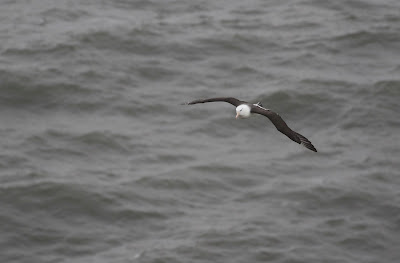 Black-browed Albatross.
On the 30th June i travelled up overnight to Bempton Cliffs with RR & PG in the hope of seeing one of my most wanted birds, we arrived on site at 4.45am and joined the already gathered birders which were all viewing from the first platform overlooking the previous night's roosting site, however the Black browed Albatross had obviously moved overnight and depressingly could not be seen. 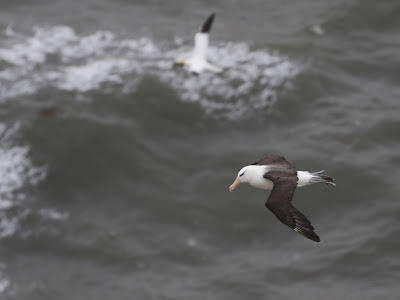 Close flight views.
I decided to move further down the cliff to the Staple Newk viewing platform as there was only about 20 other birders there, still no BBA but great views of Gannet, Razorbill,Guillemot, Kittiwake & Fulmar plus i was really pleased to add Puffin to my year list. 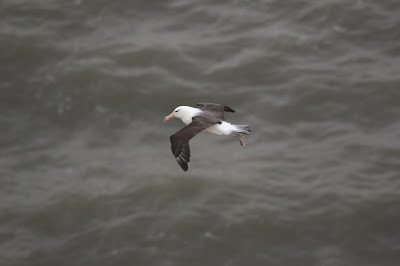 Majestic bird.
After approx 2 & half hours of standing & hoping & praying all in a cold NNW  wind & squally rain showers there was probably only  a handful of us left at Staple Newk, the rest had returned further up the cliff to view from there, i was just about to have a sip of coffee when the birder next to me shouted   '' I'VE F*@KING GOT IT !!!!!! ''
I was straight onto it and could not believe my eyes , never thought i would be lucky enough to see such a magnificent bird in the UK , needless to say our small group soon grew to 100 +, i glanced up the cliff and could see birders running towards us.
The Black-browed Albatross did several close  fly-bys affording amazing views, eventually it landed on the sea and started to drift doing a bit of wing stretching and preening.
I let half a dozen birders look through my scope as they hadn't seen it and could not pick it out on the sea, then the BBA took flight then came back round very close to the cliff.
A truly memorable exciting experience and certainly one of the best birds i have ever seen. 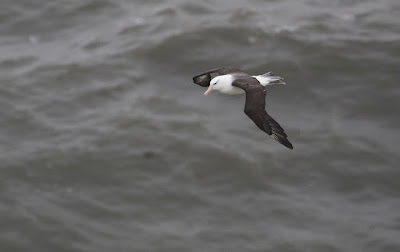 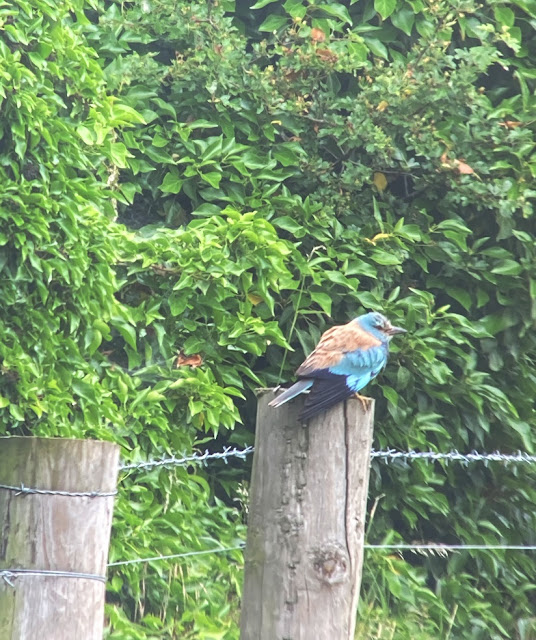 Roller.
It's been a long time since i have seen a Roller in the UK so with news of one showing well near Icklingham Suffolk i headed there with AE.
Distant views at first as it sat on a fence post drying out after the early morning drizzle but after a short while the Roller became more active.
It was constantly flying down to the ground catching beetles and then would fly up to the overhead wires, the Roller also caught several Bee's & Dragonflies. 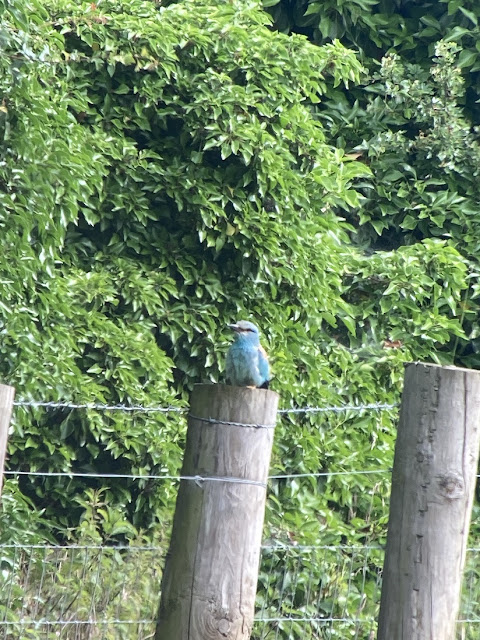 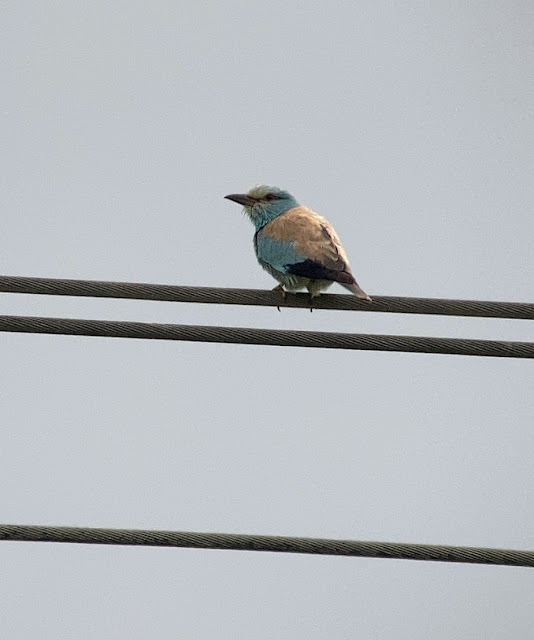 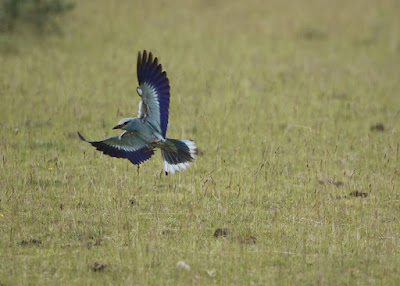 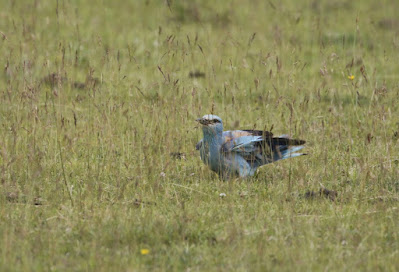 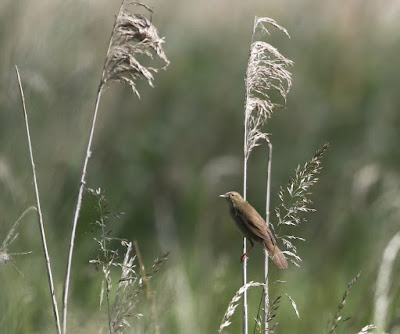 River Warbler
A River Warbler had set up territory at the superb Rspb reserve Ham Wall in Somerset, constantly 'Reeling' and showing well on occasions for several days, it's been several years since i have seen one in the UK and that one did not show as well as this bird.
The decision was made to go on the 12th June, we made our way around to the area the  River Warbler had been seen and we could hear it 'Reeling' before we even reached the area, the River Warbler showed really well , here are a selection of photos. 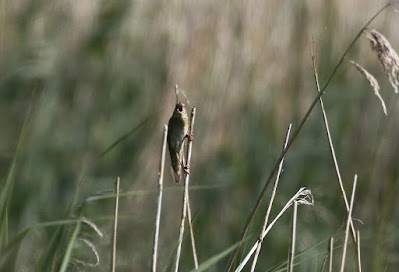 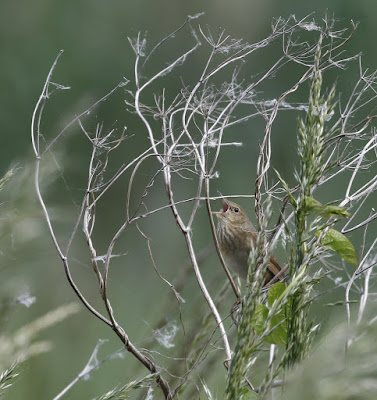 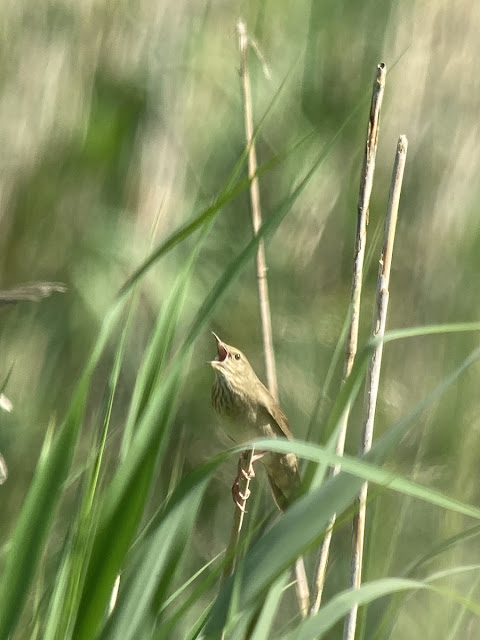 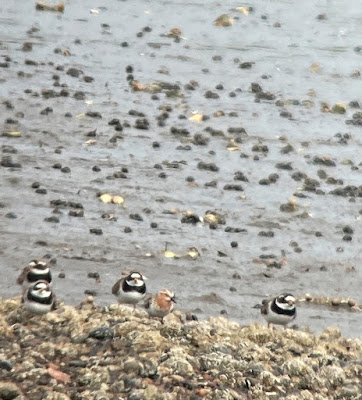 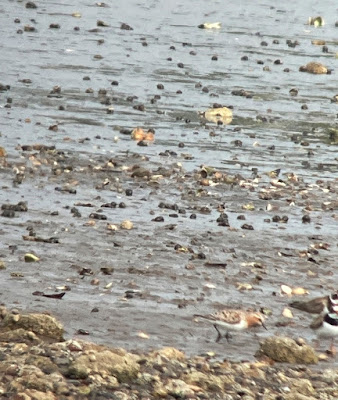 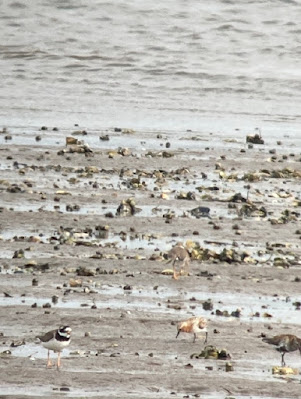 Red necked Stint.
This was a new bird for both RR & myself.