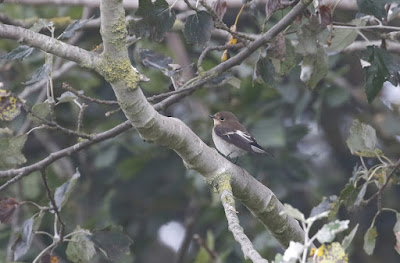 Pied Flycatcher
A trip to Leysdown-on-Sea produced a superb  Pied Flycatcher this morning, the bushes near the Pitch & Put area look really good for migrants and this bird was the 1st Pied Flycatcher i have seen on the Isle of Sheppy.
A 2 hour sea watch of Shellness was quiet with only 2 Arctic Skuas and a single Fulmar seen.
4th September 2021 : Langdon Cliffs 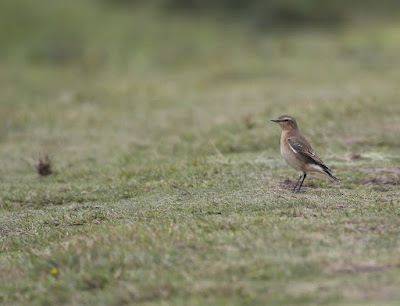 Wheatear
Langdon Cliffs is quite a migrant hotspot and checking the area on the 4th produced 3 Pied Flycatchers, 2 Common Redstarts & 2 Firecrest plus several Wheatear & singles of Whinchat & Willow Warbler. 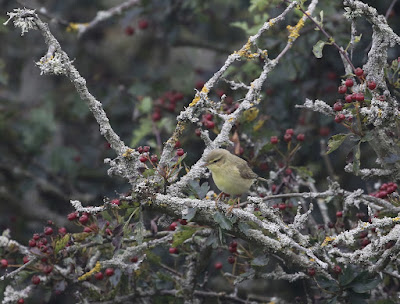 Willow Warbler
I called into Oare Marshes on the way home and the Adult winter Bonaparte's Gull was showing well near the slipway.
9th September :  Worth Marshes. 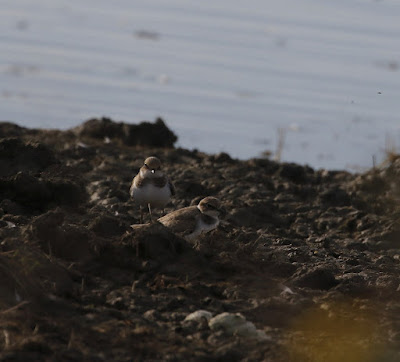 2 of 4 Little Ringed Plovers.
A successful trip to Worth Marshes on the 9th with a brief flight view of the 1st winter Barred Warbler in the corner bend by the wooden gate. (Thanks AL for the heads up).
There were plenty of waders on the Flood including 4 Little Ringed Plovers , there was 5+ Ruff, 3+ Green Sandpipers & 2 Greenshank also seen.
On the way back to the car i heard a Dotterel calling overhead but sadly and rather frustratingly  could not locate it.
11th September :  Oare Marshes & Worth Marshes 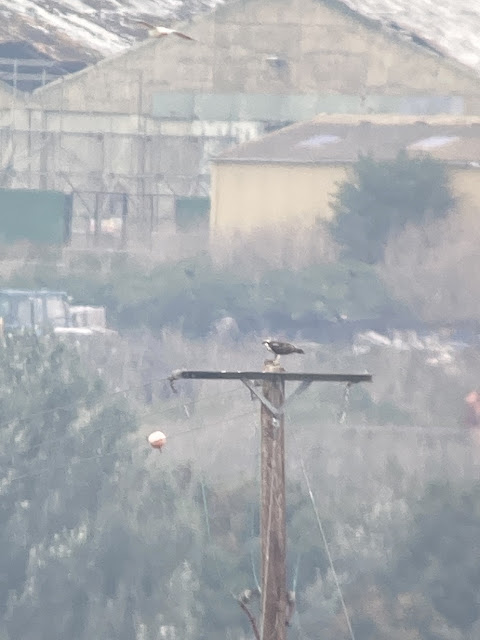 Osprey.
An early morning visit to Oare marshes was rewarded with a juv Little Stint & 2 juv Curlew Sandpipers by the slipway plus the Bonaparte's Gull was still present.
A walk past Uplees copse produced an Osprey on the Sheppy side of the Swale on a telegraph post eating a large fish, a 2nd Osprey was seen over Shellness end of the Island.
There was news of a probable Iberian Warbler seen & heard calling at Worth marshes, so that was the next destination, i reached the area it had been seen and no sooner had i turned up the probable Iberian Chiffchaff appeared and started to call, it certainly sounded good for one to me, apparently it had been sound recorded so hopefully we might get a 100% confirmation.
13th September 2021 :  Buckton & Bempton Cliffs
A trip to Buckton in East Yorkshire was taken with RR and the hoped for bird was a Green Warbler which had been trapped & ringed on the 9th September and was remarkably still present.
We arrived at the now famous 'Dell' at 10.16 and by 10.45 i had a very brief view of the bird but not good enough to tick, however it was not long after that the Green Warbler put on a great show for approx 5 to 10 mins , i had really great scope views but sadly never managed a photo.
This was a new bird for both RR & Myself.
The Black Browed Albatross was still present on the sea at Bempton Cliffs Rspb and although quite distant it was still great to see once again. 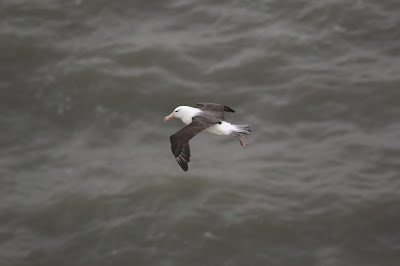 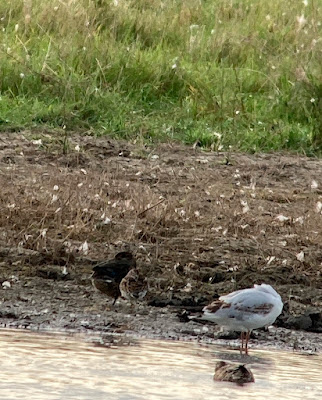 Sleeping Pectoral Sandpiper.
With 2 Pectoral Sandpipers being seen on the evening of the 17th at Worth Marshes that was the destination to start the day on the 18th, the news was negative before i arrived with the bird news services informing me they had flown off with a Curlew Sandpiper !!
However i was not deterred as they could always fly back again (Glass half full...) not really adding much on the way round to the flood other then a flyover Golden Plover, i bumped into KP  on route who had seen the Sandpipers and informed me they had been spooked by a Crow.
Eventually i arrived at the flood and my first scan was waderless, however AE soon picked out a single Pectoral Sandpiper over on the far bank, then a Dunlin was seen nearby.
Whilst watching the Pectoral Sandpiper we were joined by JC and Neil , all of a sudden AE said get on this Pipit it's a Red Throated, no sooner had he said that then a small Pipit flew in front of us all calling, we all instantly recognised it as a Red Throated Pipit, i have seen & heard several abroad and also in the UK , however this is the first one i have seen in Kent. Great shout by AE and everyone present could not believe our luck.
It seemed to fly straight through,  sadly it flew towards the sun and was lost to view, we did a search of the fields in case it had come down but alas without success.
I ended the day at Oare Marshes and had probably the closest views i have had of the Bonaparte's Gull which has now moulted into it's full winter plumage, here are a selection of photos : 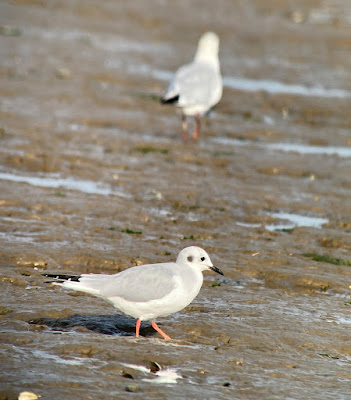 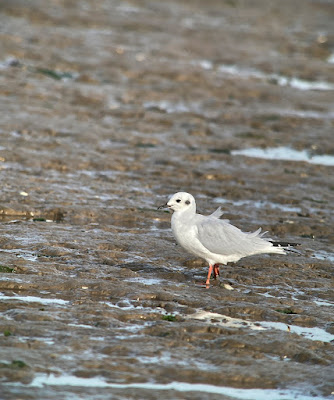 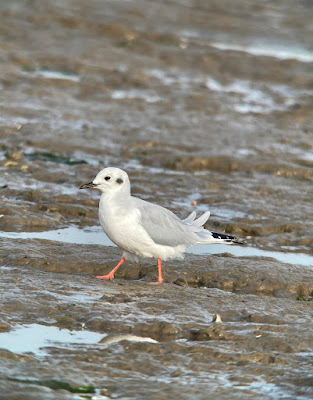 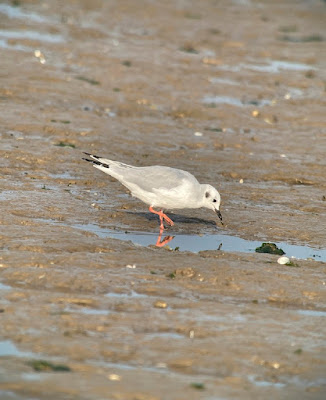 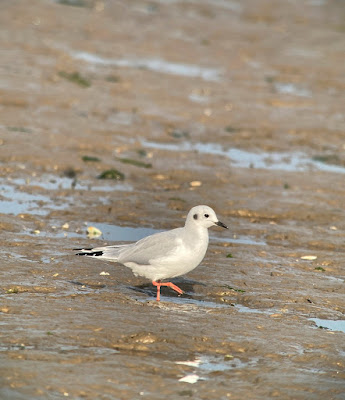