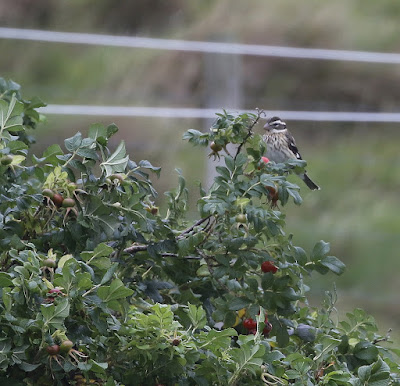 Rose Breasted Grosbeak
This is the 1st part of my recent trip to Shetland covering the first 4 days.
We arrived in Lerwick Harbour on the 25th September and as we could not book into our self catering cottage until 2pm we decided we would head south and do some birding around Sumborough and then work our way back up North.
However all that changed when the MEGA alarm went off as were heading South, Rose Breasted Grosbeak Norwick Unst blurted out loud and clear, so a very quick u turn and we headed off  to Unst. 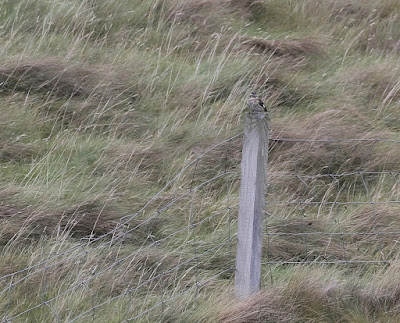 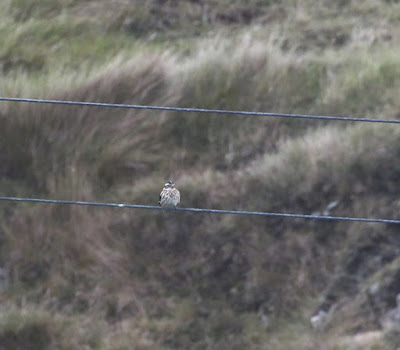 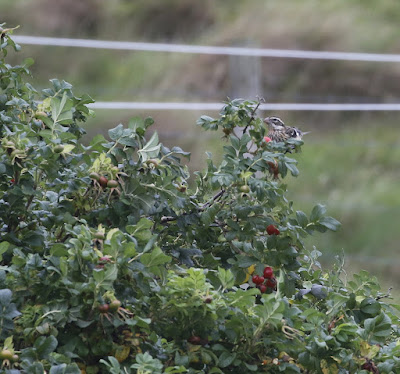 Rose Breasted Grosbeak.
We spent the rest of the day around Unst adding birds like Twite, Hooded Crow & Raven plus on the way back across Yell we called into Kirk Loch and had distant views of 2♂ & 1♀ Greater Scaup which were keeping company with several Tufted Duck.
26th SEPTEMBER
Day Two 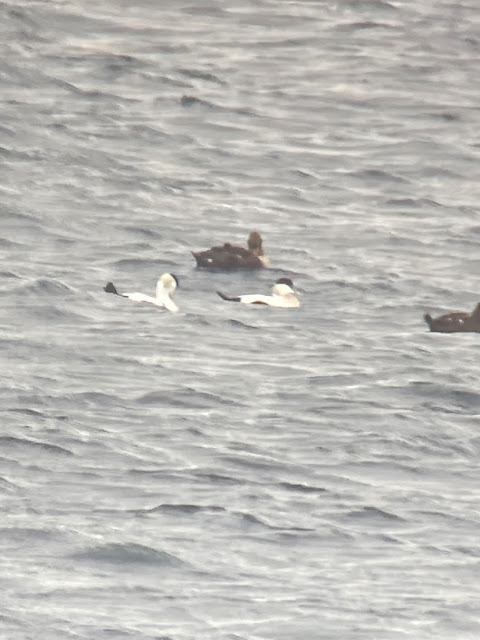 King Eider 2nd winter ♂
We started the day at Girlsta looking for the 2nd winter ♂ King Eider , i have seen several  King Eider but never in this plumage .
We bumped into K. Clements (sorry didn't realise it was you at the time) at a higher vantage point and he had already seen it at that point, we all eventually managed to connect with the bird and although distant good scope views were obtained.
The pale breast and pinkish / orange bill colour all stood out at this range. We also saw a close in Otter eating a crab .
We headed to Boddam from here checking out the ditches and gardens not adding anything, then 4 geese flew overhead and landed , and we quickly added Pale bellied Brent Goose to the holiday trip list. 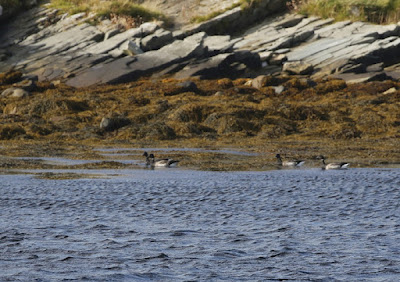 Pale bellied Brent Geese.
We checked several different locations and habitat today with little reward however coming from Kent (we don't get that many) it's always great to see large numbers of Whooper Swans   on Loch Spiggie. 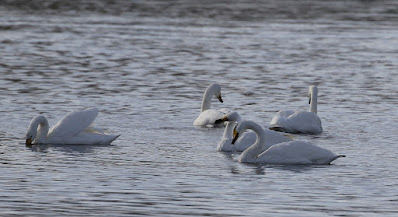 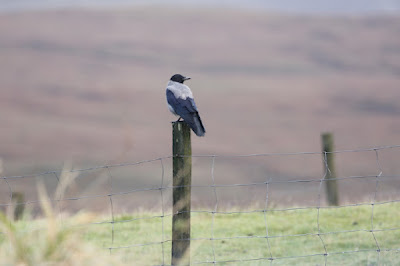 Hooded Crow
It was really hard going today with very strong gale force winds and persistent rain all day, we started of at Aith and after a little wait we saw the adult Rose Coloured Starling coming to a feeder (sadly no photo) we saw it on several occasions but only fleeting views.
Out in the bay there were distant Black Guillemots , Guillemot ,Shags & Gannets, we headed to nearby St.Michaels Wood to hopefully find some birds but also to get some cover from the rain, there were several Blackbirds feeding on the ground and in one open area i heard then saw 5 Brambling flyover but we could not relocate them in the woods.
We then headed to Burn of Valeye and had a good stomp around with no reward other than a calling Goldcrest which remained unseen.
Out on the Loch there was a large number of Red breasted Mergansers 85+ which were quite close in. 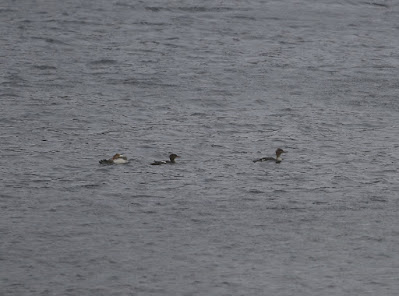 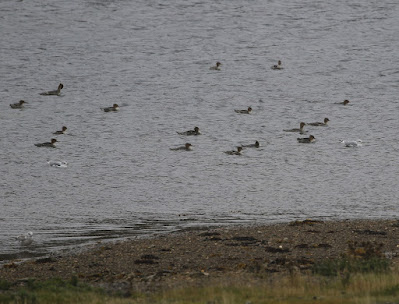 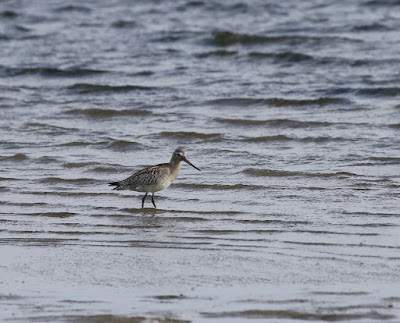 Bar Tailed Godwit
The weather was much calmer today and we had high hopes for birds to appear after yesterdays strong winds, we thought it would be a good idea to start South and just work our way back North checking various locations.
A 1st winter Arctic Tern was our 1st of the trip plus Great northern Diver soon followed, plenty of wader species were seen including one of my favourites Bar Tailed Godwit .
Passerines were a bit thin on the ground with 3 Song Thrush , 2 Wheatear & 35+ Chaffinch seen.
We ended the day looking around both West & East Burra adding 2 Garden Warblers, 2 Siskin & a Common Redpoll, a single Razorbill was also seen close in. 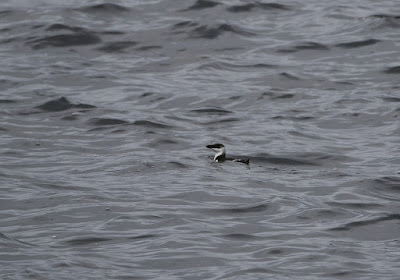 Razorbill.
Well that concludes Part One of this trip, after a fantastic first day it was a little slower going with birds hard to find in some challenging weather conditions, the 2nd part of this trip has some real highlights with Unst once again coming good.